Cavite: The Land of The Brave

Located in the south-western area of Metro Manila, Cavite is dubbed as one of the highly industrialized provinces in the Philippines. Although Trece Martires is its de facto capital since it is the seat of the government, Imus is its official capital.

Cavite has a significant role in the country’s colonial past, especially in the nation’s fight for independence.  It is one of the first few provinces to cradle the Philippine revolution. The most important event that happened here is the Declaration of Philippine Independence on June 12, 1898, in Kawit. Its historical significance spans more than 300 years, earning it the moniker “Historical Capital of the Philippines.” 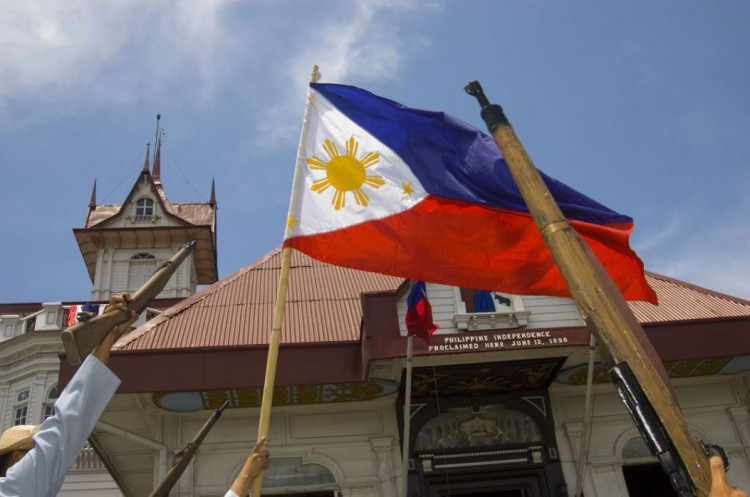 Cavite is a component of the Greater Manila Area. It is surrounded by other provinces and territories: Laguna to the east, Metro Manila to the northeast, and Batangas to the south. The West Philippine Sea bounds the western part.

There are several theories on how Cavite or Cabite came into existence, although the most accepted is the Hispanization of the word kawit. The term comes from kalawit, which is a Tagalog term for “hook.” The place was named as such because of the hook-shaped peninsula of Cavite La Punta and Cavite Viejo, which are now known as Cavite City and Kawit, respectively, based on how they appeared on old Spanish maps.

The term was later corrupted to Cavite.

What is the Capital of Cavite and What Region is Cavite?

Cavite is part of the Southern Tagalog Region or the Region IV-A CALABARZON. The provincial de jure capital is Imus City.

Cavite is originally an agricultural area before it became the ever-progressive province that we know today. One unique feature of the province is the diversity of its topography and slope: lowest lowland, lowland, central hilly, and upland mountainous.

Cavite and Bacoor Cities, Kawit, Noveleta, Rosario, east Ternate, and north Carmona are characterized by a coastal plain. The ground level is 6.6 feet or 0 to 2 meters.

Coastal and alluvial plains characterize Imus, south General Trias, and some parts of Bacoor, Carmona, Kawit, Rosario, Noveleta, and Tanza. The flat grounds have an elevation of 2 to 30 meters or about 6 to 98 feet.

Tagaytay City, Alfonso, Mendez, south Amadeo, Silang, Indang, Magallanes, and Maragondon are upland mountainous. These areas are found on the highest elevations at 400 meters or 1,300 feet.

Furthermore, Cavite has forest and disposable and alienable lands. The first one has a role in maintaining the ecological balance with its protected and preserved flora and fauna. The second one is composed of production and other built-up areas. The disposable lands are also dedicated to urban developments.

Cavite’s Köppen Climate Classification, on the other hand, is an Am or tropical monsoon.

Cavite has a total population of 3.67 million people, making it one of the country’s most populated provinces. It is also the second-most densely populated among the provinces.

Cavite has the highest annual population growth rates at 6.47%. Population density is about 2,856 individuals per square kilometer or 10.16 persons per hectare within 998,558 households. Because of the migration of the people due to economic reasons, the population is expected to continue to increase.

Dasmariñas has the highest population with 659,019, while General Emilio Aguinaldo has the lowest with 22,220 people.

The local population started increasing in the 1990s at the height of industrialization. Employment opportunities magnetized the people to Cavite. This circumstance also led to the mushrooming of housing developments. Since heads of the family work there, they strived to relocate their families in the province.

The majority of the population are urban dwellers (90.69%) while the rest reside in the rural and outskirt areas.

While the Caviteños, the local’s demonym, embrace Roman Catholic, Aglipayan Church, Protestanism, Eastern Orthodoxy, and Islam, a small portion of the residents identify themselves as atheists, agnostics, or irreligious. Nonetheless, Cavite is a highly tolerant province that also welcomes diversity. Non-believers reside peacefully along with the people of faith.

Caviteños speak Tagalog and English, though the major dialect is Chavacano, a Spanish-based creole language. It is widely spoken in Cavite City and Ternate.

Maragondon has the largest agricultural land at about 14.57% of Cavite’s entire agrarian land. Next in line are Silang, Indang, Alfonso, and Naic. Cavite City no longer has any area utilizable for agricultural purposes.

Speaking of rice plantations, General Trias and Naic are considered as rice-producing municipalities.

The biggest of which is found in General Trias called PEC Industrial Park. It has a total of 177 hectares intended for various industries, such as pharmaceuticals, food processing, semiconductors, garments, and textiles.

There are about 805 industrial establishments, 274 of which are found in Rosario. Carmona and Dasmariñas followed with 188 and 128, respectively. There are 19 large enterprises, 31 medium enterprises, 51 small enterprises, and 12,207 micro-enterprises.

Yet another dimension of urbanization is the surge of townships. Cavite is rife with mixed-use developments in General Trias, Silang, Trece Martires, Kawit, Tanza, Carmona, Imus, Dasmariñas, Alfonso, and Bacoor.

Commercial and trade activities are highlighted by reliable infrastructure, especially in terms of transportation.

Before open trading occurred in the mid-19th century, it had the Cavite Peninsula as a major stop for ships voyaging from South America. Operations at the peninsula have already been aborted. However, road networks make open trading highly feasible.

In 2011, CAVITEX (Manila-Cavite Expressway) was opened to the public. This effectively lessens the volume of vehicles in Aguinaldo Highway, cutting down the travel time from Baclaran and Pasay to Imus to one hour.

In 2013, the opening of the Kaybiang Tunnel had the same effect. The travel time, from Manila to Cavite and Nasugbu, Batangas, was shortened to just an hour while also helping decongest traffic in the three major highways.

There is also a ferry company that services travel from Pasay (SM Mall of Asia) to Cavite City.

There are several ongoing and proposed transportation developments in Cavite. These are the Cavite-Laguna (CALAEx) and Cavite-Tagaytay-Batangas expressways (CTBEx), LRT 1 south extension, and LRT line 6 project.

A Php508-billion airport complex at the former Sangley Point is planned. It is a joint venture between the Cavite government and Chinese enterprise investors.

Also called the Land of the Brave, Cavite’s rich history and culture are a source of great pride among the Caviteños.

Like other provinces in the Philippines, Cavite also has its annual festivals and town fiestas as a form of thanksgiving for bountiful harvests and production and honoring certain historical traditions and legacies.

The Kalayaan Festival, which commemorates the heroism of the Caviteños, has the most significant social and cultural importance. Other historical special events are the birthday of General Emilio Aguinaldo held every March 22 and Independence Day every June 12.

The province celebrates its foundation day every March 10.
Other traditions and celebrations in Cavite are:

Mardicas has an interesting backstory. In the 1600s, Jesuit priests brought Moluccan settlers known as Mardicas. They settled in Cavite, Maragondon, and Ternate.

Tagaytay remains to be Cavite’s top tourist center.
There is more to Cavite, though. For instance, there are numerous historical attractions and sites in Cavite such as below:

Aguinaldo Shrine and Museum is built with a tower and mezzanine. The ground floor is transformed into a museum where historical artifacts are housed. General Emilio Aguinaldo’s tomb is found in the garden behind the main house.

Others are an entire town or island such as Corregidor Island, Trece Martires, and General Trias. For instance, General Trias is the location of the former house of the revolutionary leader, Andres Bonifacio. On the other hand, Corregidor Island is an island fortress where well-preserved cannons, tunnels, and other war structures are found.

To glorify the Catholic faith, there are also several old churches in Cavite. Aside from the parish churches of each municipality, the main churches that attract thousands of pilgrims all over the country are Imus Cathedral, San Roque Parish (Cavite City), National Shrine of Our Lady of La Salette (Silang), and St. Anne’s Shrine (Tagaytay City).

There are also many vegetables, flowers, fruits, and coffee farms. Restaurants and dining places offer native delicacies, mushroom delicacies, and exotic cuisines. For pasalubong, one can always take home organic vegetables, ornamental plants, and handicrafts. Nevertheless, these are the products unique to Cavite:

Besides, there are eight world-class golf courses in Cavite. So golfing is one of the main activities here, particularly near high-end gated communities.

Another everyday activity is mountain climbing. The outdoor activity is well-received by the locals and tourists because of Mount Pico de Loro, located in Maragondon, Ternate, and some parts of Batangas. The mountain is also a part of Mataas na Gulod and Palay-Palay protected areas. It got its name Pico de Loro from how it looks, resembling a parrot’s beak. It offers a 360-degree view of the provinces of Cavite and Batangas once at the summit.

Another famous mountain climbing site is Mt. Marami in Magallanes. It is renowned for its silyang bato (rock chairs) at the summit.

The local government of Cavite categorized its tourism activities as follows.

The residential boom in Cavite is complemented by various residential developments, that are near essential establishments such as schools, and Crown Asia considers the province as its bulwark. It has ten (10) Horizontal Projects in Cavite, namely Amalfi at The Island Park, Amici, Augustine Grove, Caribe at the Island Park, Carmel, Citta Italia, Ponticelli, Vita Toscana, Vittoria, and Vivace.

These are premium residential communities with ready for occupancy (RFO) units that you can move into now specifically located in Imus, Bacoor, Dasmariñas, and Daang Hari.

While Caribe at the Island Park primarily sells lot properties in Dasmariñas.