The Past: Classical Philippine Architecture

Philippine architecture is more than the traditional bahay kubo!

In early recorded history, the Filipino people lived nomadic lifestyles – meaning that they lived as hunter-gatherers that always traveled to find food and shelter. The Filipino nomads would temporarily settle in natural geological formations such as caves and rock shelters. Early tools such as sharpened rocks laid the beginning of early Filipino’s capability to build structures. 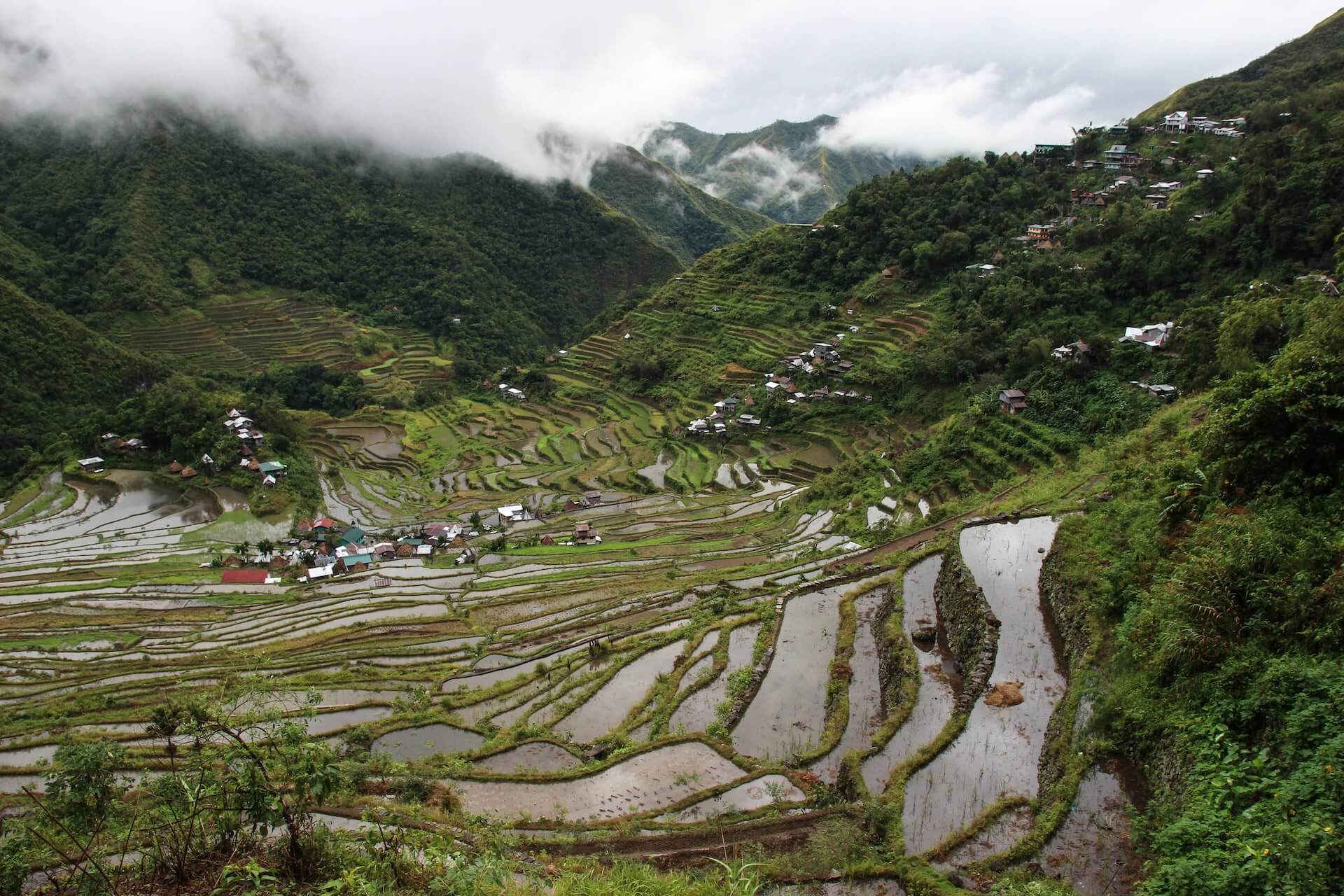 As an agricultural era ushered into the life of the early Filipinos, sowing crops for sustenance enabled them to set up permanent shelters. Having developed more advanced tools, natives would typically build houses that were “predominantly rectangular in shape” that were “built on stilts to allow the house to be transported”, an example of classical architecture in the country. Perhaps one could say that these were the early House and Lot for Sale. Moreover, native Filipinos went on to shape even the land around them as well, like the Ifugao carving out the rice terraces.

As permanent shelters became common, early societies were formed. This led to the formation of social hierarchies, and this would mean that an inhabitant’s social class would correspond to what kind of structure they lived in. Nobles would live in palaces, such as the Maranao’s “torogan,” which was where a datu or sultan would live in. Commoners usually lived in the standard huts, tent-like shelters, with some even living in tree houses

The formation of societies and hierarchies within them fostered growing communities that kept more and more food in storage. This meant that military force became a necessity to defend these resources and the inhabitants that need them. Hence, the Filipino natives built various cultural fortresses. Examples of these include the Igorot stone forts, the Idjang’s elevated forts that were only accessible via ladder, and the Islamic “kuta,” which was a fort of wood and stone that doubled as a palace for the local lord. 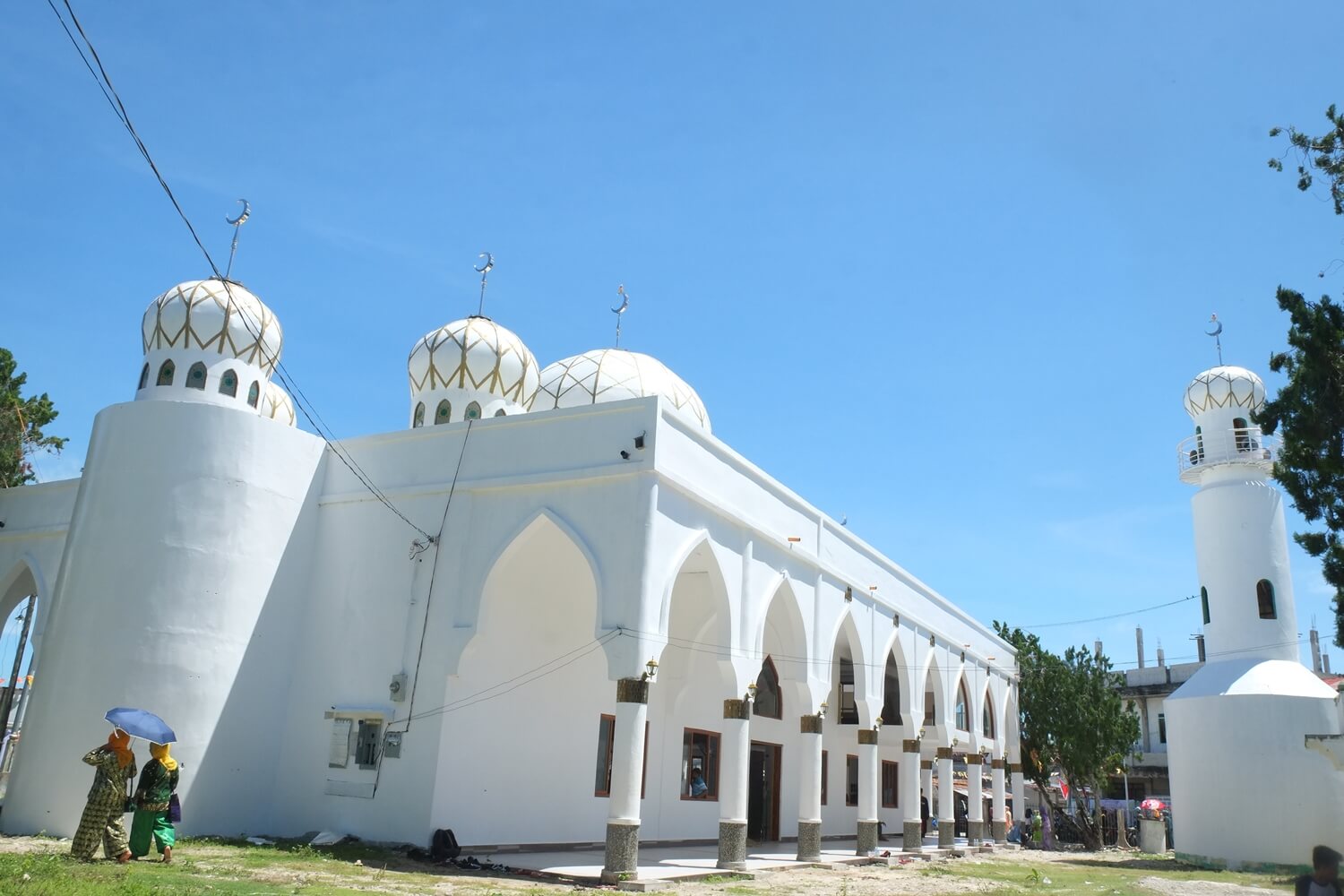 Sheik Karimol Makhdum Mosque: The oldest mosque in the Philippines, built in 1380 | Photo from mymindanao.com

The emergence of Islam in the Mindanao region of the Philippines led to the building of mosques. It was with the building of mosques that more intricate details were observed, and such attention to detail is even more ever-present in today’s House and Lot for Sale. With huts as a commonly built shelter, the pre-Hispanic mosques were typically “pagoda-style and hut-style.” 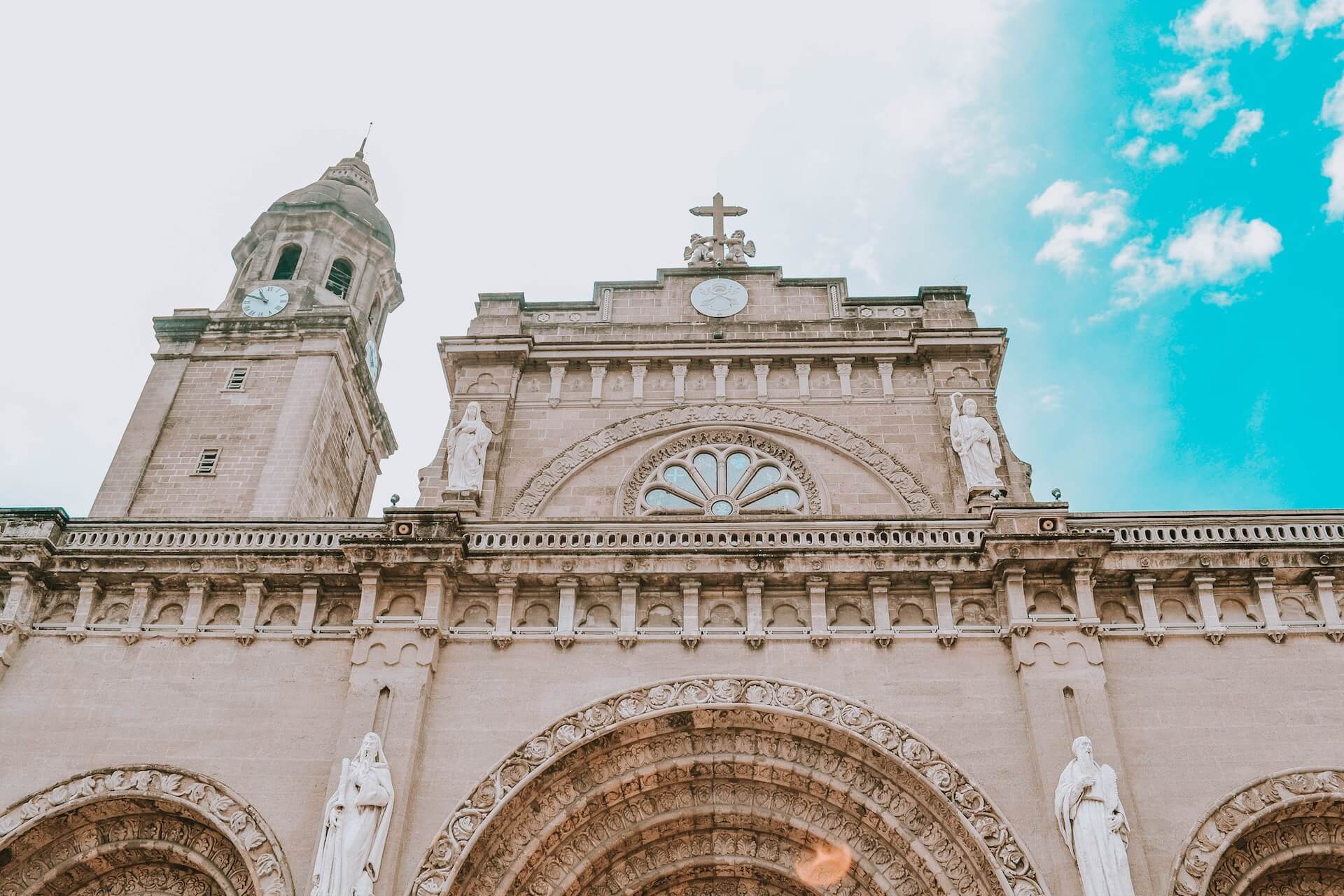 The most impactful influence that the Spanish fostered in the Philippines upon their arrival is the spread of Christianity. These influences resulted in the Fil Hispanic architecture. With the spread of this religion, religious structures became built over many areas in the country in spite of the technical and material limitations. Initially, the Spanish introduced the Antillean style of architecture, whose roots come from European Architecture. Many of the churches that were built observed the Mexican or Spanish Baroque style of architecture, and the style of such structures was modified to suit the climate and calamities of the country giving way to an architecture that has a uniquely Filipino style.

Stone and masonry construction was soon introduced to the Filipinos. This gave rise to the “bahay na bato” or a stone house in English, which was a house that was built out of “massive cut stone or brick walls” that served as the common housing of Filipino nobles. Essentially, the nipa hut of the pre-Hispanic era laid the foundation for the “bahay na bato.”

Particularly, “bahay na bato” houses of wealthier Filipinos were built “with solid stone foundations, Capiz shell windows, a wooden upper story with balustrades, and a tiled roof.” The combination of materials shows how the construction of good materials for a House and Lot for Sale began to develop.

The Philippines is comprised of many islands. In order to protect their territorial claim, the Spanish built fortresses “to assert political control.” Examples of these structures include Fort Santiago, which is a fortress that was built on what was once a Muslim kingdom ruled by the chieftain Rajah Sulayman. Upon Sulayman’s defeat by the Spanish, Fort Santiago was built to fight foreign invaders. 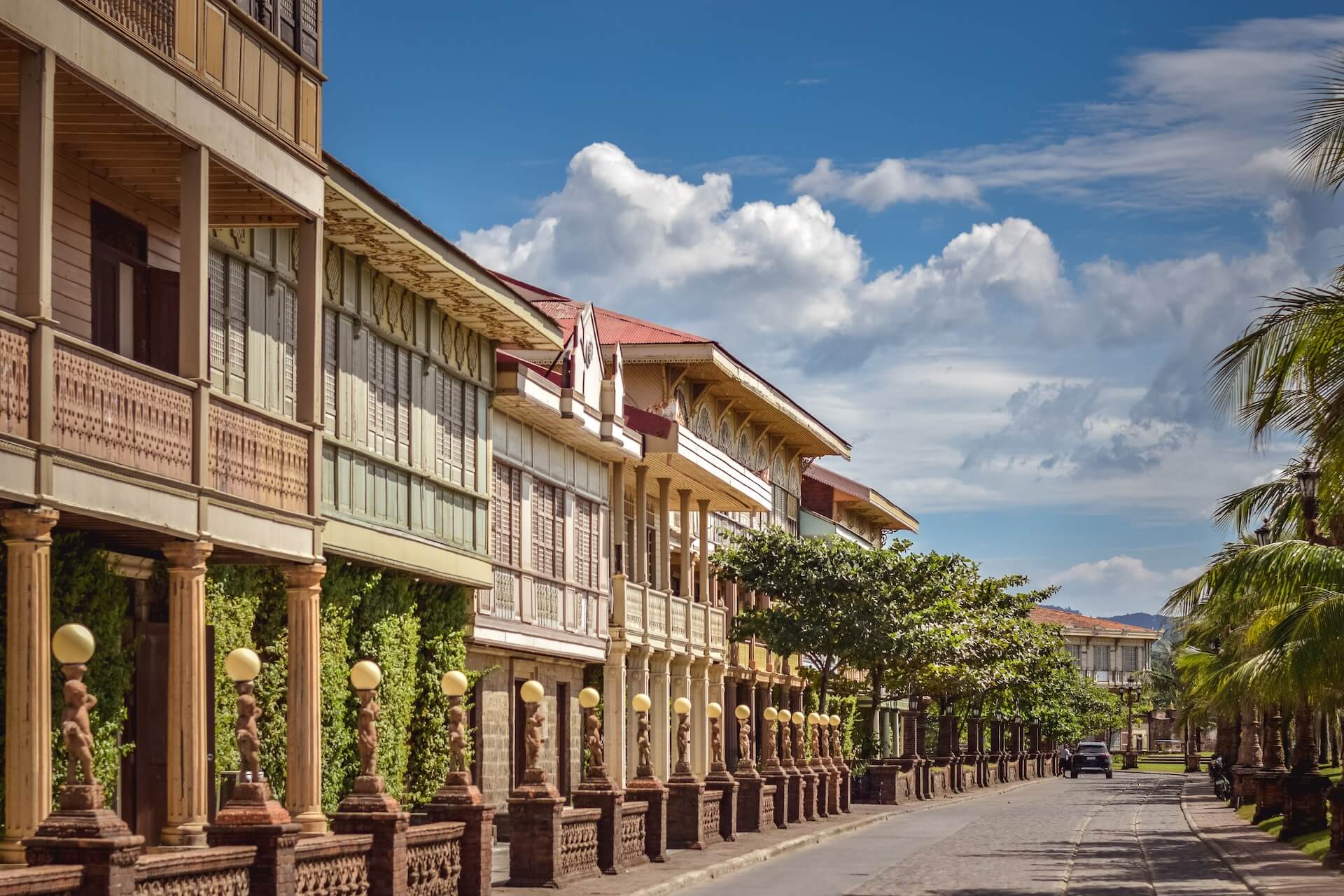 Along with the introduction of stone and masonry construction, a hybrid type of construction called the “arquitectura meztiza” was integrated. This led to building structures that were more than one story or floor tall.

This type of construction involved the use of stone for the lower floor, wood for the upper floor, and “house posts or haligues” which supported the second floor. With this advancement, the first hospital was built, the rise of early apartment dwellings or “accessoria” were constructed, commercial structures, and clusters of multiple-story houses configured around a central courtyard were established – it was the early indication of organized House and Lot for Sale. 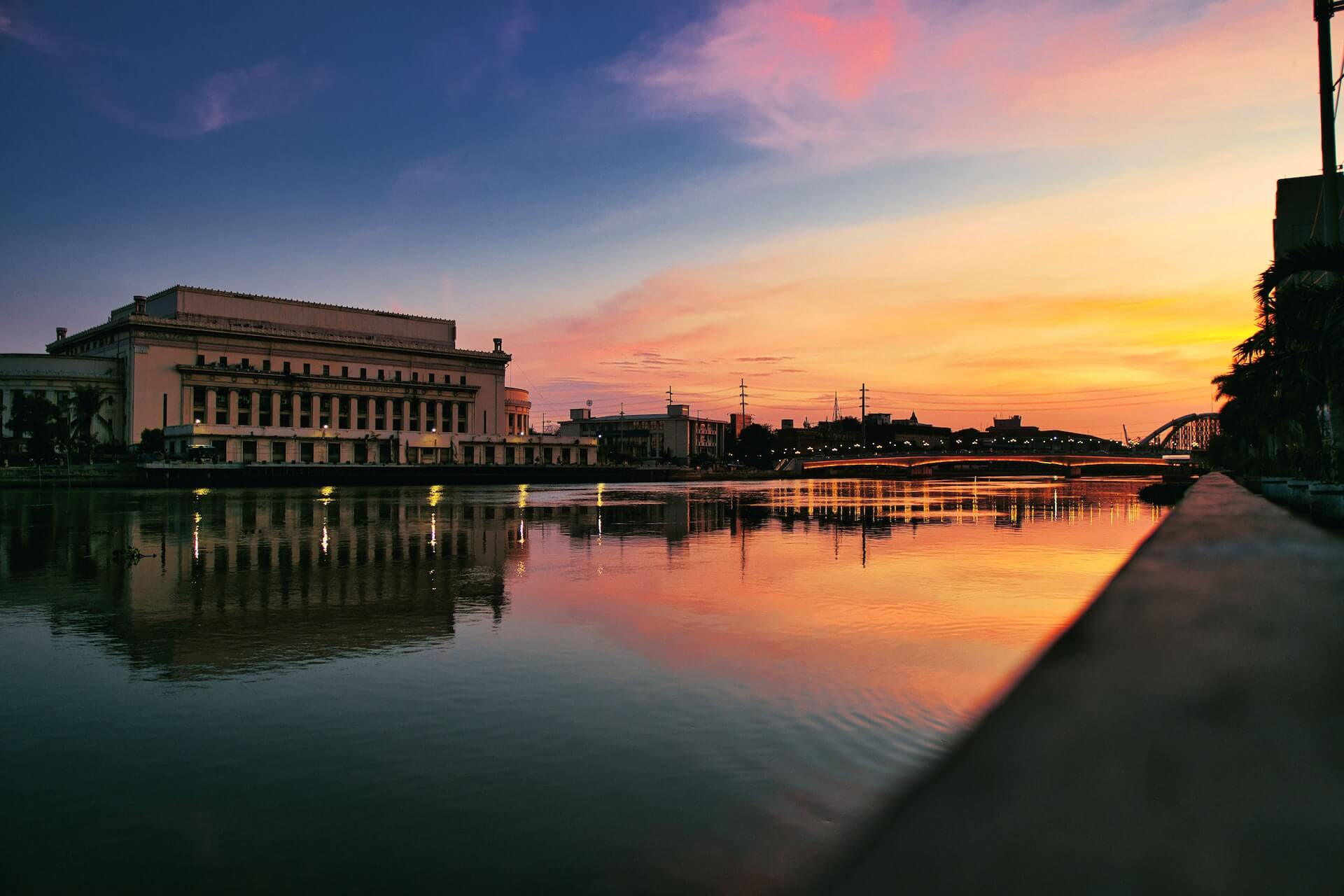 Once the Spanish colonial era ended, the American colonial era came in with the establishment of civil government houses as its most impactful influence on the Philippines. With this, a drastic change in architectural design was observed. The government buildings that were built “resembled Greek or Roman temples.”

The American influence on Philippine architecture is divided into two, with the first kind involving the first generation of Filipino architects “who studied engineering and architecture in the United States, which were sponsored by colonial masters.” This first generated integrated the Beaux Arts style into structures, and combined concepts of utility and modernism.

The second generation, on the other hand, focused on the integration of the Art Deco style in architecture by various architects. This kind of style centered around, “exuberant exoticism, and exotic embellishments and ornamentation.” Examples of such buildings from this generation include the Manila Metropolitan Theater, ELPO Building, and the Old Jaro Municipal Hall. 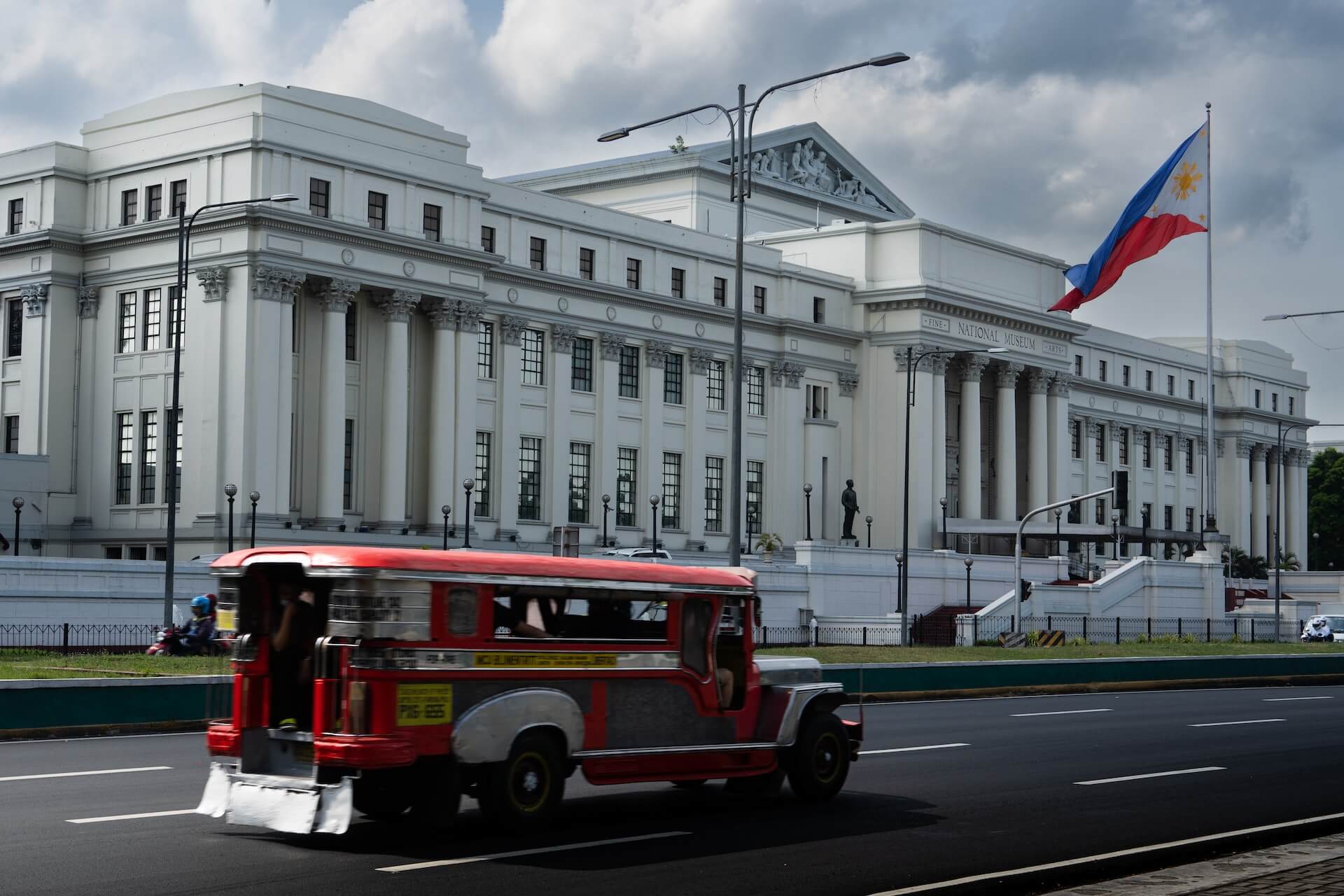 It was during the American colonial era that early Manila began its development as a “uniquely European city in the tropics.” The plan that developed Manila was spearheaded by the architect Daniel Burnham. He collaborated with the architect William Parsons, whose contributions to Philippine architecture include “the use of termite-resistive Philippine hardwood,” the “mass fabrication of standard building types,” and “the Kahn system of hollow blocks and reinforced concrete. The influence of these innovations is sure to be present in some form in your House and Lot for Sale today.

Architecture in the Philippines continues towards the modern era mixing traditional motifs along with international modern style. Click the link below to learn more.