Are you aware that Las Piñas City is home to many celebrities, old and new? While some are relatively new to this city or have simply found it irresistible to set up a business, thanks to the hustle and bustle stirred by the city’s dynamic and ever-growing population, many of them have lived in Las Piñas for decades.

The following is a short and non-exhaustive list of celebrities that chose Las Piñas for residence or business.

Nikki Gil is a former ABS-CBN or Kapamilya actress, host, model, and singer. She has also worked as a VJ (video jockey) at ABS-CBN's Myx channel for about 10 years. At 17, she became famous after appearing in a Coca-Cola TV ad that went viral back in 2005. Nikki Gil and her family moved to a modern tropical residence situated in an exclusive village in Las Piñas in 2011. According to Real Living, they availed the service of architect Larry Mananquil to make the desired changes. And with the help of Nikki's mom (Mommy Julie, who studied interior design at the PSID or Philippine School of Interior Design), they turned their design choices for their two-story home into a reality.

Sef Cadayona is an actor, TV host, comedian and dancer who was an alumnus of the fifth season of the Philippine reality talent show StarStruck. He played various sidekick roles and gained attention because of his portrayals in a host of GMA 7 shows. He currently portrays the young Pepito Manaloto in the show of the same name.

Enrique Gil is a dancer, ABS-CBN, or Kapamilya actor, as well as a commercial model. He has appeared in various TV shows and movies (including Budoy, Mula Sa Puso, She's the One, and Muling Buksan Ang Puso). Enrique became popular in the TV series Forevermore where he was known as Alexander "Xander" Grande III. Along with Liza Soberano, they form the extremely popular “LizQuen” love team. In case you are wondering: we are not sure if Enrique is related to Nikki, the first one mentioned on our list.

Amy Perez is a long-time radio and TV presenter. She previously hosted the noontime show Magandang Tanghali Bayan on ABS-CBN, the reality tabloid talk show, Face to Face on TV5, as well as co-hosting The Singing Bee with Roderick Paulate in 2013. She made her comeback as a noontime show host when she joined ABS-CBN's It's Showtime in 2016.

Jennylyn Mercado is a singer, actress, as well as songwriter. She rose to fame soon after winning the first season of the GMA 7 reality talent contest StarStruck. She eventually achieved acclaim for her acting activities on film and TV. She starred in multiple commercially successful films, such as "English Only, Please", "The Prenup", "Walang Forever", and "Just the 3 of Us".

Yexel is a famous YouTube vlogger who claims to have the “largest Optimus Prime bust in Asia”. He is the older brother of another famous YouTube vlogger, Jam Sebastian, who passed away in March 2015 after losing the battle with stage 4 lung cancer (Jam is the real-life fiancé of Michelle Liggayu, and the two are famously known as the love team “JaMich”).

He is famous for having a toy museum housing his extensive toy collection (he claims he currently owns a whopping 50,000 toys and over 900 Life-size statues). The four-story museum displays many miniatures, life-sized cartoons, animation, as well as video games and movie-based characters. The highlight of this museum is a gigantic 18-foot Optimus Prime bust (a lead character in Transformers).

Allan Jovenes Quilantang, famous for his stage name “Allan K.”, is a Filipino-Hiligaynon actor, singer, comedian, as well as TV host. He is one of the co-hosts of Eat Bulaga!, the longest-running noontime variety TV show in the Philippines.

Ely Buendia is a musician, author, as well as film director who gained fame as the guitarist, principal songwriter, and lead vocalist of the extremely popular Filipino rock band, the Eraserheads. Ely Buendia is highly regarded as a legendary musical icon in our country. Eraserheads songs were widely popular from the 1990s and onwards.

Tirso Cruz III is an actor, singer, as well as comedian in our country. He is one of the longest-reigning and highly acclaimed actors in the Philippines with a huge list of TV and movie appearances as well as awards. His son, Bodie Cruz, joined the hit ABS-CBN reality TV series Pinoy Big Brother.

Pauleen Luna is a TV personality and actress. She is one of the regular hosts of the long-running Philippine variety show Eat Bulaga! in GMA 7. She has also made numerous appearances in magazines and films. She is married to Vic Sotto, her co-host in Eat Bulaga.

McNeal "Awra" Briguela, fondly called Awra, is an actor and comedian who gained fame when he joined the long-running primetime TV show FPJ's Ang Probinsyano in ABS-CBN. Awra was personally chosen to join the show by its lead actor Coco Martin. Awra became the champion in the first season of the Filipino version of Your Face Sounds Familiar: Kids. Even though he only has 16 videos uploaded on YouTube, he has amassed 872k subscribers and 7.1 million views.

Kathryn Bernardo is another ABS-CBN or Kapamilya actress who rose to prominence for her role as Mara in the hit TV series Mara Clara. While she is not a resident of Las Piñas City, she found it a no-brainer to set up a business in this bustling city. In fact, she has set up the fifth branch of her nail salon right inside SM Southmall, one of the busiest malls in Metro Manila. 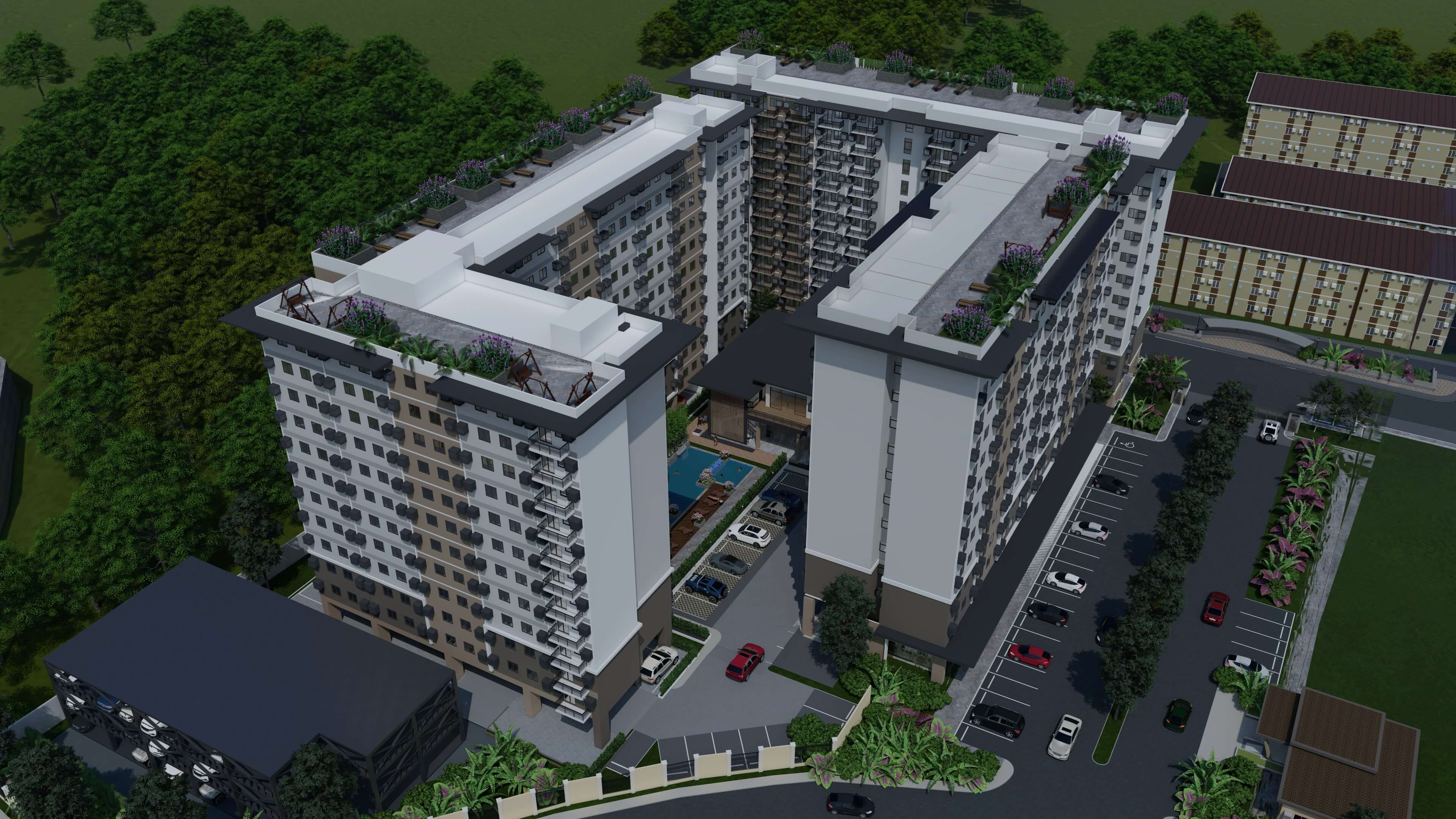 If you want to experience the lifestyle and convenience enjoyed by these celebrities, you should definitely consider getting a condo in Las Piñas. The Hermosa is a condominium village located in Pulang Lupa, Las Piñas City which offers lush greens and resort-inspired amenities to help you revitalize after a day’s work. With only close to 1,200 residential units up for sale, you can be part of this exclusive enclave in the historic yet modern city of Las Piñas (you can choose from the available studio, 1-bedroom, and 2-bedroom unit configurations). A condo near NAIA and many adjacent parts of the metro, The Hermosa is part of the 100-hectare integrated and master-planned Vista Global South township development.

Related Blog: Everything You Need to Know About the City of Las Piñas