The Most Prestigious Award-giving Bodies for Movies

While you’re busy looking for a quaint subdivision in Cavite to raise a family, you might want to take a break and watch an award-winning film.

You can start by watching the film of Jeyrick Sigmaton (popularly known as the “Carrot Man”) since he just won the best actor award in the International Film Festival Manhattan (IFFM) in New York City for his performance in the film, “Dayas.”

Since we’re on the subject, you might be wondering how many other Filipino films have won a prestigious award for movies. Well, we’ll give you just that.

Here are some of the most prestigious award-giving bodies for films and the Filipinos who won each one: 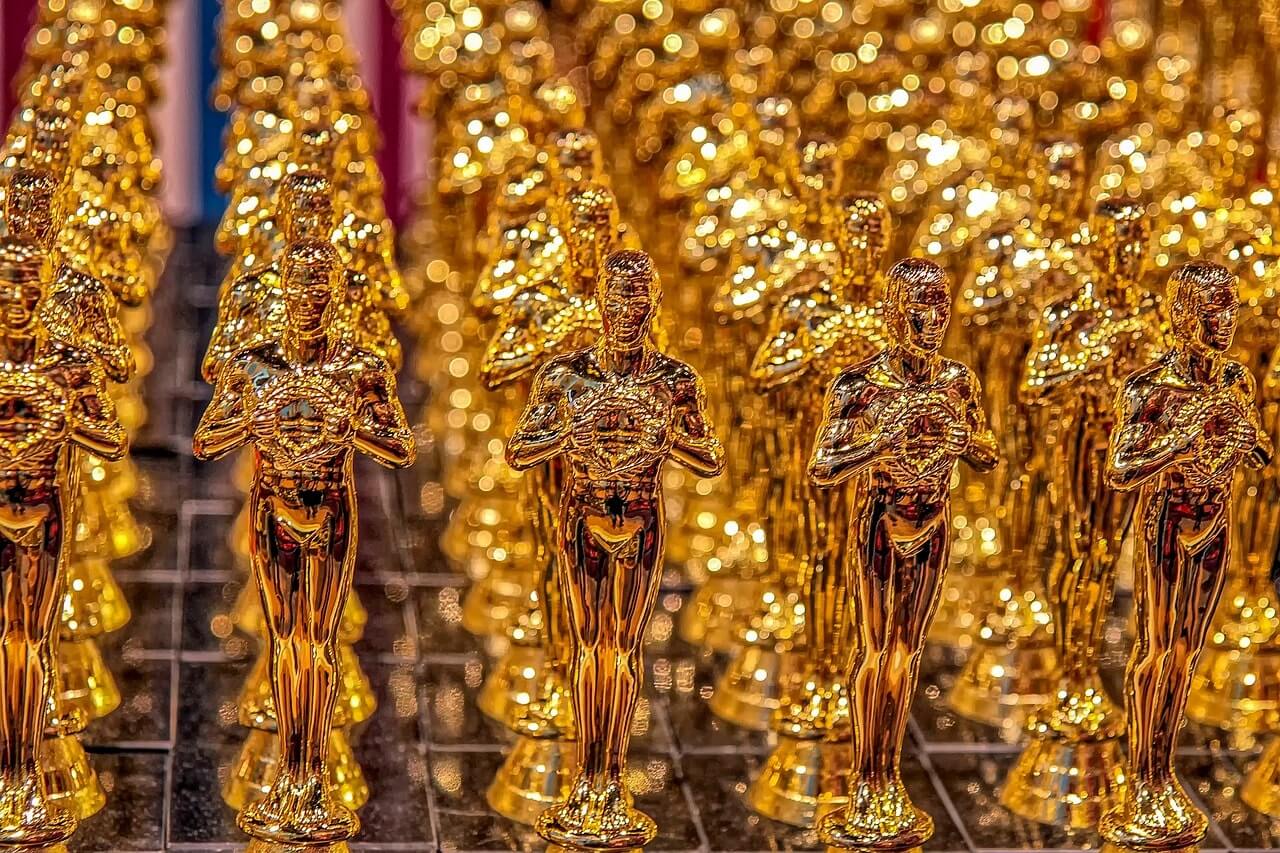 The Oscars (or the Academy Award of Merit, in full) is the most well-known and most prestigious and significant award for artistic and technical merit in the movie industry worldwide. It is presented every year by the Academy of Motion Picture Arts and Sciences to recognize a person or a group of people’s achievements in different areas in the film industry.

To become eligible for a nomination, a film must have been publicly exhibited for paid admission for at least a week at a commercial theatre in Los Angeles. This rule, however, doesn’t include films in the foreign-language category, which should be submitted by the country where they were made, and they don’t have to be shown in the United States.

The members of the Academy of Motion Picture Arts and Sciences are the only people who can nominate and vote for candidates for the Oscars. They are divided into the different branches of film production, and the nominees for each category will be chosen by the members of the respective branch. Hence, directors nominate directors, actors nominate actors, writers nominate writers, and so on.

The Oscars are considered the most prestigious award in the film industry because the people who vote for each of the awards are all industry experts. Aside from that, winning an Academy Award can contribute to the success of the winners. Actors may receive higher salaries, increased attention, and better offers.

To date, there has been no Filipino film that won an Oscar, but that hasn’t stopped us from trying to get that award. Here is a list of all the Filipino film entries sent for the Academy. On the bright side, just recently, H.E.R. wins the first Oscar won by a Filipino-American in the Best Original Song category. Who knows, maybe raising your kids in a quiet community in a subdivision in Cavite can bring out the first Oscar film win for our country? 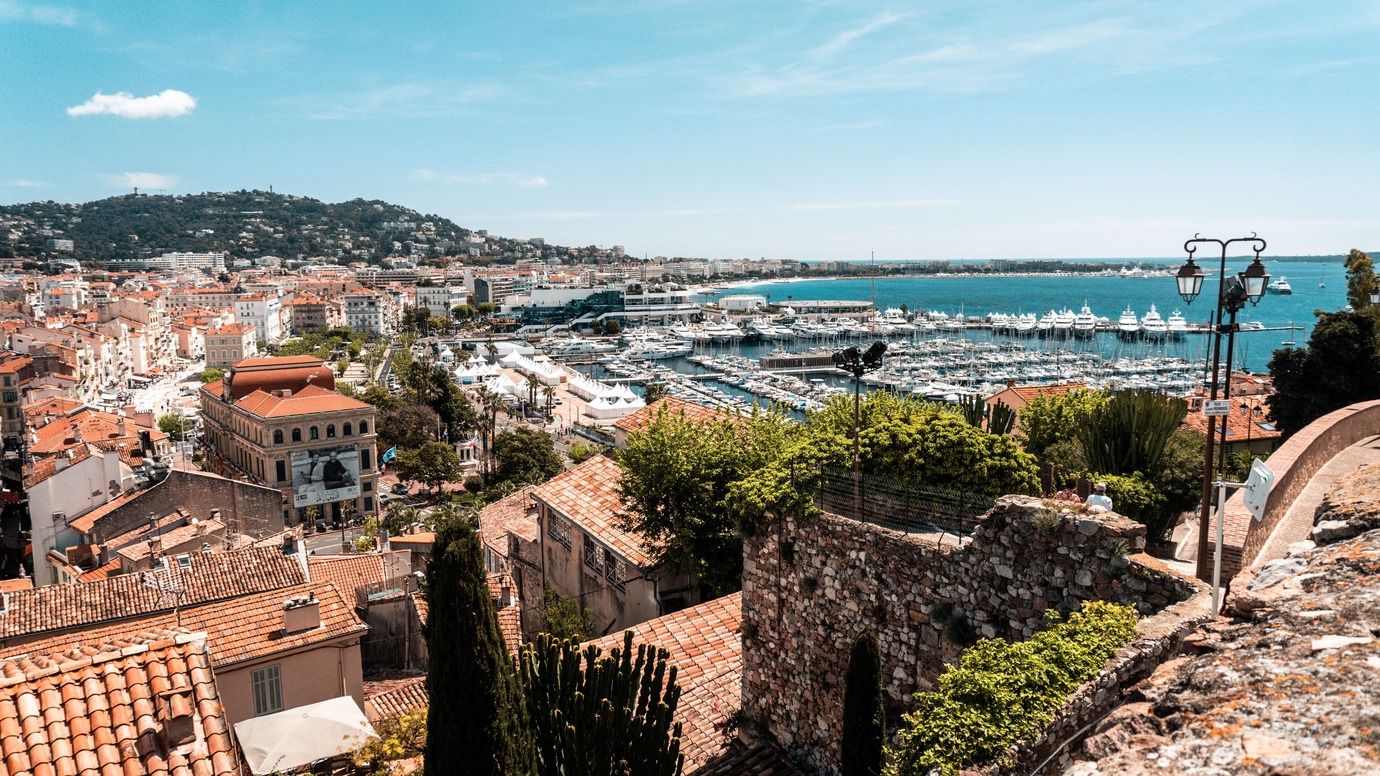 The Cannes film festival (or Festival de Cannes, officially) began in 1946 and initially started off as a simple recognition of artistic achievement until it rose to become one of the most major events for those in the art and influence of film. The festival features new films of all genres from all around the world.

Just like any other film festival, it also grew into an international rendezvous marketplace where producers and film creators can freely exchange ideas, build relationships, and even sign contracts.

The highest award that can be given at the Festival de Cannes is the coveted Palme d'Or, which honors the best film screened at the festival. Other official awards include the Grand Prix, Best Director, Best Actress, Best Actor, Best Screenplay, and Jury Prize.

Just like the Academy Awards, the Cannes International Film Festival has a board that decides the nominees and winners. The president serves as the representative of the festival for financial partners, public authorities, and the media, and is also elected by the board of directors, officially called the French Association of the Film Festival.

The board is comprised of experts or authorities in the film industry, including public authorities who subsidize the event. Meanwhile, the president has a renewable 3-year authority and has the freedom to choose the members of their team with the approval of the board of directors.

Moreover, the General Delegate is the person responsible for coordinating the events. They also have a General Director, which has the responsibility to make sure that everything in the event runs smoothly. Finally, an Artistic Director is responsible for the selection of the films.

The Canne International Film Festival has two official juries: the Feature Films Jury and the Short Films and Cinefondation Jury. They vote by secret ballot, and whichever film gets the majority of votes wins the category. A member of the board or jury is not allowed to have an entry film in the competition.

Some of the most notable Filipino wins at the Cannes Film Festival are Jaclyn Jose’s Best Actress Award for her performance in Ma’ Rosa, making her the first Filipina star to win in the festival. Meanwhile, Brillante Mendoza won Best Director for his film “Kinatay.” 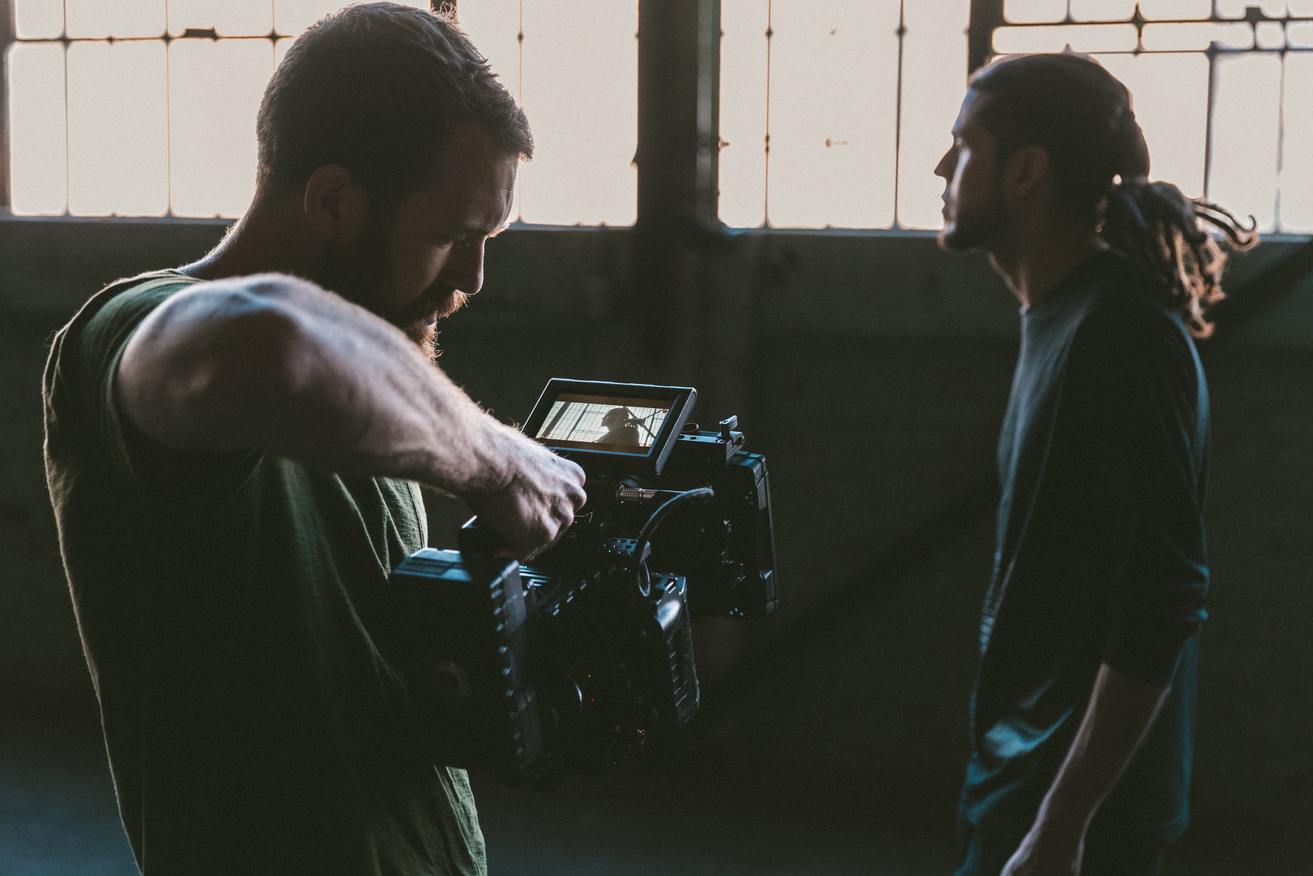 The BAFTA (British Academy of Film and Television Arts) is an independent non-profit organization that supports, develops, and promotes all art forms in the moving-image industry, including film, television, and games. While they’re well-known as an award-giving body, the BAFTA also serves as an international program that promotes learning events and initiatives through workshops, scholarships, lectures, masterclasses, and other mentoring in the United Kingdom and the States.

They are also a membership organization that has approximately 8,000 members worldwide, comprised of creatives and professionals who work and make a contribution to the film, TV, and gaming industries.

Moreover, they do not receive any funding from the government, as it relies on the income from membership subscriptions, trusts, foundations, individual donations, and corporate partnerships to continue its outreach programs.

As for the film industry, the British Academy Film Awards provides recognition for excellence in talent through a process that has two rounds of voting by juries, members, and specialist chapters. Nominees and winners in most of the categories are voted by about 6,500 BAFTA members, with industry experts and creatives from around the world.

How it works is that members will vote to decide the nominees for the first round, and then vote for a winner in the second round. However, the people who vote may change depending on the category.

For example, for Best Film, Leading Actress, Leading Actor, Supporting Actress, and Supporting Actor, all voters of the BAFTA can vote in both the first and second round. Meanwhile, for Adapted Screenplay and Original Screenplay, only the Screenplay Chapter will vote in the first round, then all voters can place their choices in the second round. You can find out more about each category on the BAFTA’s official website.

To date, there has been one BAFTA win by a Filipino creative, and that is Drama del Rosario, who won in the inaugural Short Film Commissioning Grant. His documentary, “I’m Okay (And Neither Are You)” was about his personal experience in a year-long journey to recovery from sexual assault and other extreme trauma. 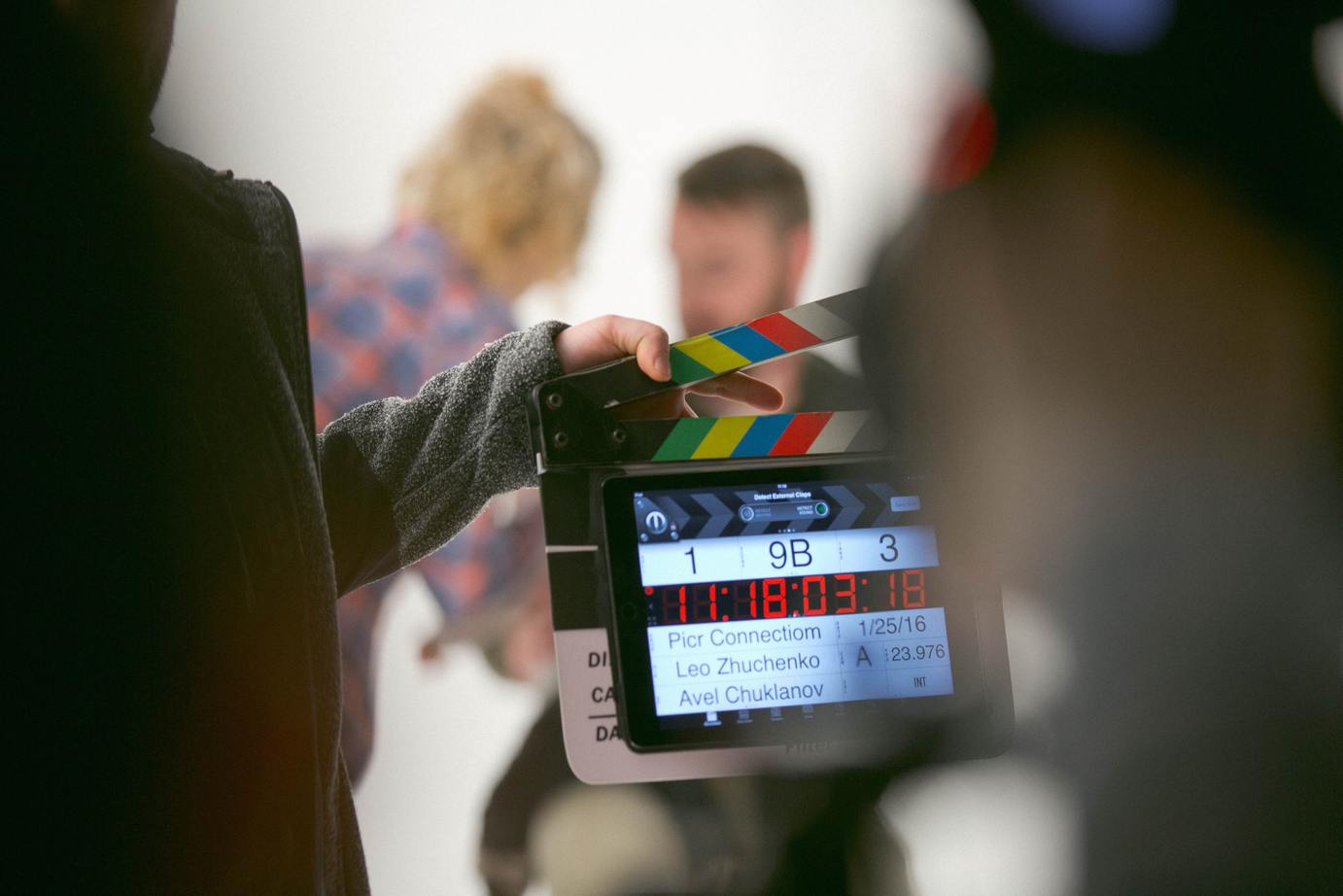 The Golden Globe Awards is an annual event presented by the Hollywood Foreign Press Association, which is a non-profit journalistic organization to recognizes outstanding achievements in motion pictures and television. In the entertainment industry, the Golden Globes is considered to be one of the most important awards, next to the Academy and Emmy Awards.

For each type of media, there is a Golden Globe for every category, including best motion picture, best actress, and best actor, which are separated into different divisions like drama, musical, or comedy. Other awards also include direction, animation, supporting acting performances, and also foreign-language films.

However, unlike the Academy Awards, the Golden Globes also provides awards for television shows, as well as acting performances for each genre.

In all types of awards, members of the Hollywood Foreign Press Association cast their votes in a ballot to determine the nominees and then a single winner in each category. Sometimes, a prize for lifetime achievement, or the Cecil B. DeMille Award, is also awarded.

However, while the Golden Globes is one of the most prestigious awards, they’ve had their fair share of controversies, including a 1982 issue where the husband of actress Pia Zadora provided voters with various favors to win the award. Another scandal was when the Federal Communications Commission claimed that the organization negotiated to provide awards to some industry creatives so that they would attend the event.

Luckily, because of these allegations, the Golden Globes rose to become one of the most important and long-running awards ceremonies, which is also among the most-watched events on television.

Some of the most well-known Filipinos who won a Golden Globe is Darren Criss for Best Performance by an Actor in a Limited Series or a Motion Picture Made for Television. Meanwhile, H.E.R. is the first Filipino-American to get a nomination in the Golden Globes.

So, while you’re looking for a home in a subdivision in Cavite, try to decide how you will inspire your kids to continue achieving their dreams, and just maybe they’ll be the next Golden Globe awardee. 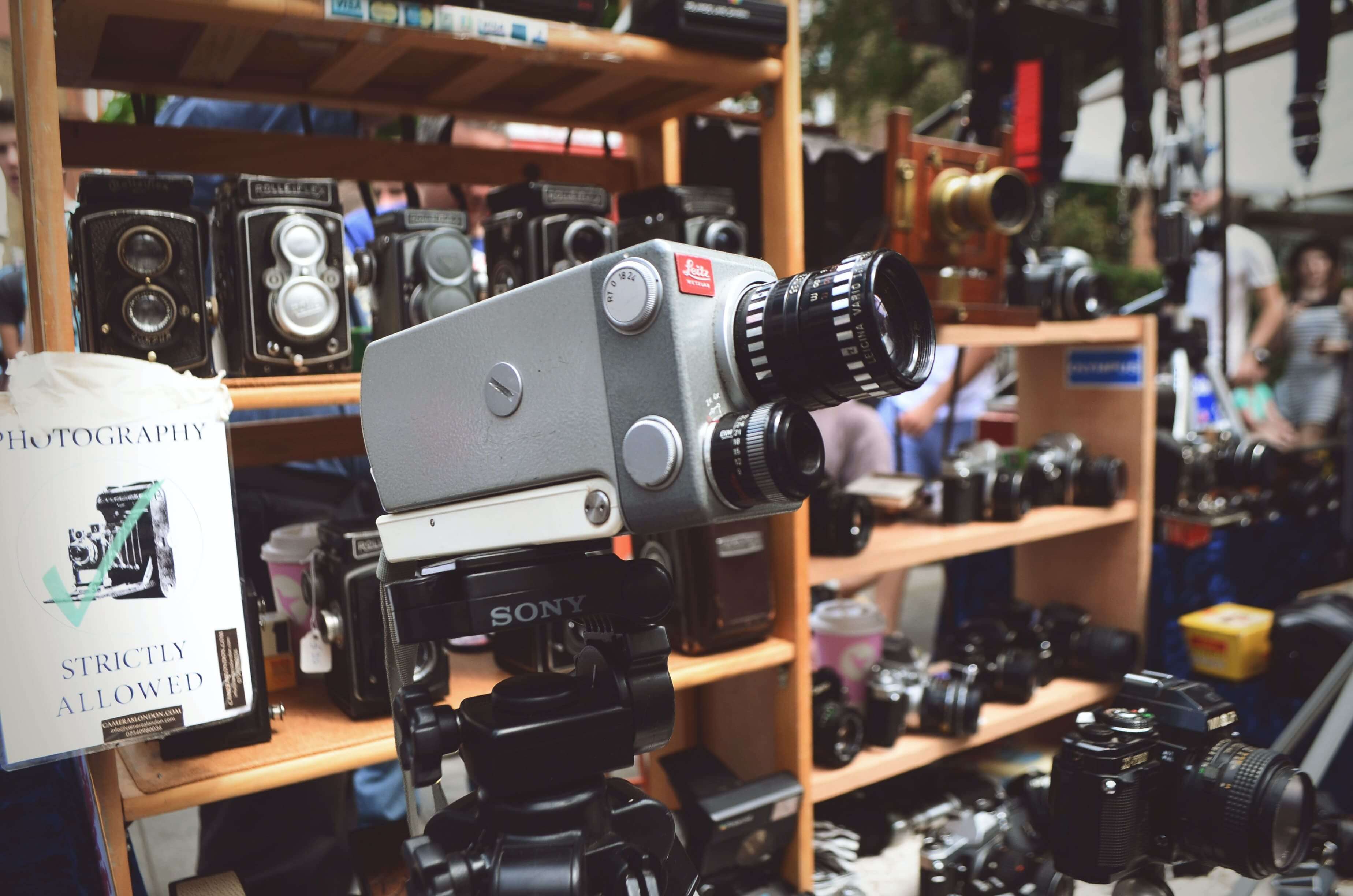 The Sundance Institute hosts the Sundance Film Festival, which is one of the biggest gatherings of storytellers and audiences. It is the largest independent film festival in the United States, which caters to both American and international independent filmmakers.

The Sundance Film Festival has competitive awards for American and international documentary and dramatic films, including both feature and short films.

The film festival features about 200 films in its 10-day run and offers awards for several categories. However, the most coveted award is the Grand Jury Prize, which is given to documentaries and dramatic films in the United States. Meanwhile, for documentaries and dramatic films created in different parts of the world, the highest award is the World Cinema Jury Prize.

The Sundance Film Festival also hosts a lot of events to help nurture creators, including workshops, parties, panel discussions, musical events, which consist of both industry insiders and just your regular filmgoing person.

However, there are some small issues regarding the people and films that get featured. Some concerns said that the Sundance Festival has become dominated by large studios with big budgets and sponsoring corporations, which is pretty much the opposite of why the festival started.

Still, unlike other film festivals, the Sundance Film Festival has slightly different rules and regulations in terms of submitting a project. For example, they allow projects that are unfinished versions with temporary sound and even missing scenes, no credits, unfinished effects, and stuff like that. So, a project does not need to be complete for them to make a decision.

Some of the most well-known Filipino films that won in the Sundance Film Festival include “Metro Manila,” which won the Audience Award for Best Film in the world cinema category.

So, as you can see, Filipino films have the potential in winning the most prestigious awards for movies in the world. All we have to do is to support our local creatives so that we can churn out the best quality films that the world can appreciate. If Korea can do it, why can’t we?

Related Blog: What Movies To Expect Before 2021 Ends