The Role Of Children’s Television On a Child

If you watched Blue’s Clues before 2002, then you probably know who we’re talking about. He’s the first host of the show and he’s back with a message for his now grown-up fans. A lot has changed since then, but one thing’s for sure, he’s proud of all you have accomplished, especially when you bought that house for sale in Cavite.

Speaking of changes, you’re probably wondering how children’s TV helped shape you now as an adult. If you already have kids now, you might even be thinking about letting them watch the same shows that you did. But do these shows really help cognitive development? Let’s find out.

What is cognitive development? 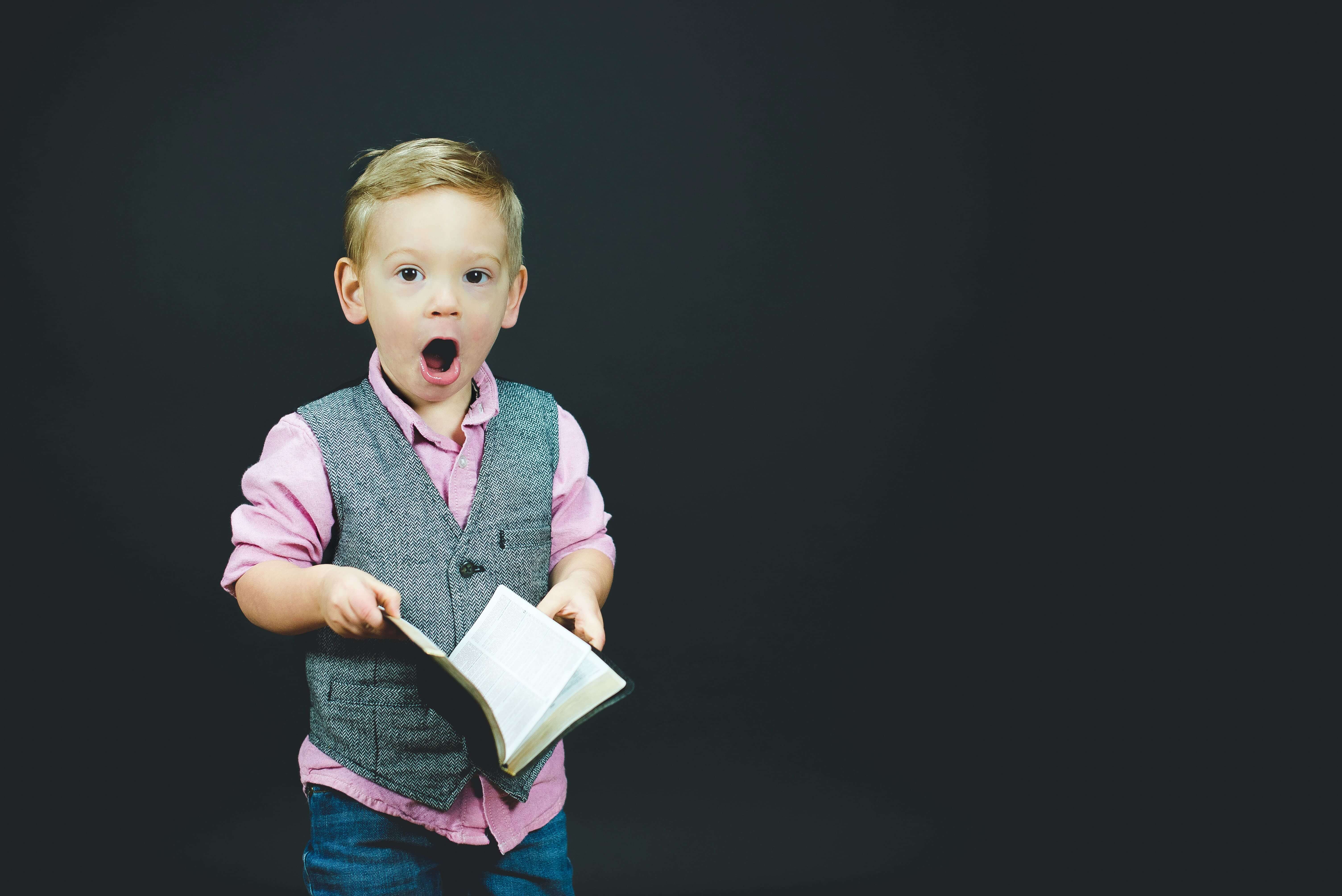 Cognitive development is a part of psychology and neuroscience that focuses on a child’s development. It studies how a child grows in terms of language learning, information processing, perceptual skill, conceptual resources, and other factors that they develop as they grow into adults and their cognitive psychology

According to Help Me Grow, an interagency initiative in the United States, it is essential for parents to nurture their child’s cognitive development as soon as they’re born. This will provide a strong foundation for a child’s growth in all aspects and stages of their life.

Children tend to grow and develop rapidly in the first five years, which is why it’s crucial for parents to be attentive in these years. Some of the things parents can do to help stimulate multiple areas in their child’s cognitive development are daily active engagements and quality interactions, like:

Cognitive development also talks a lot about the executive functions of your child. These are the cognitive abilities that a child needs to help them control their thoughts, emotions, and actions.

So, the next question is, how do kids’ shows like Blue’s Clues affect your child’s growth and cognitive development? Well, just like your decision-making in choosing a house for sale in Cavite, you need to know the pros and cons. That way, you’ll know what types of shows you can expose your kids to and what to avoid.

Positive Impacts of Television in the Child Development Process 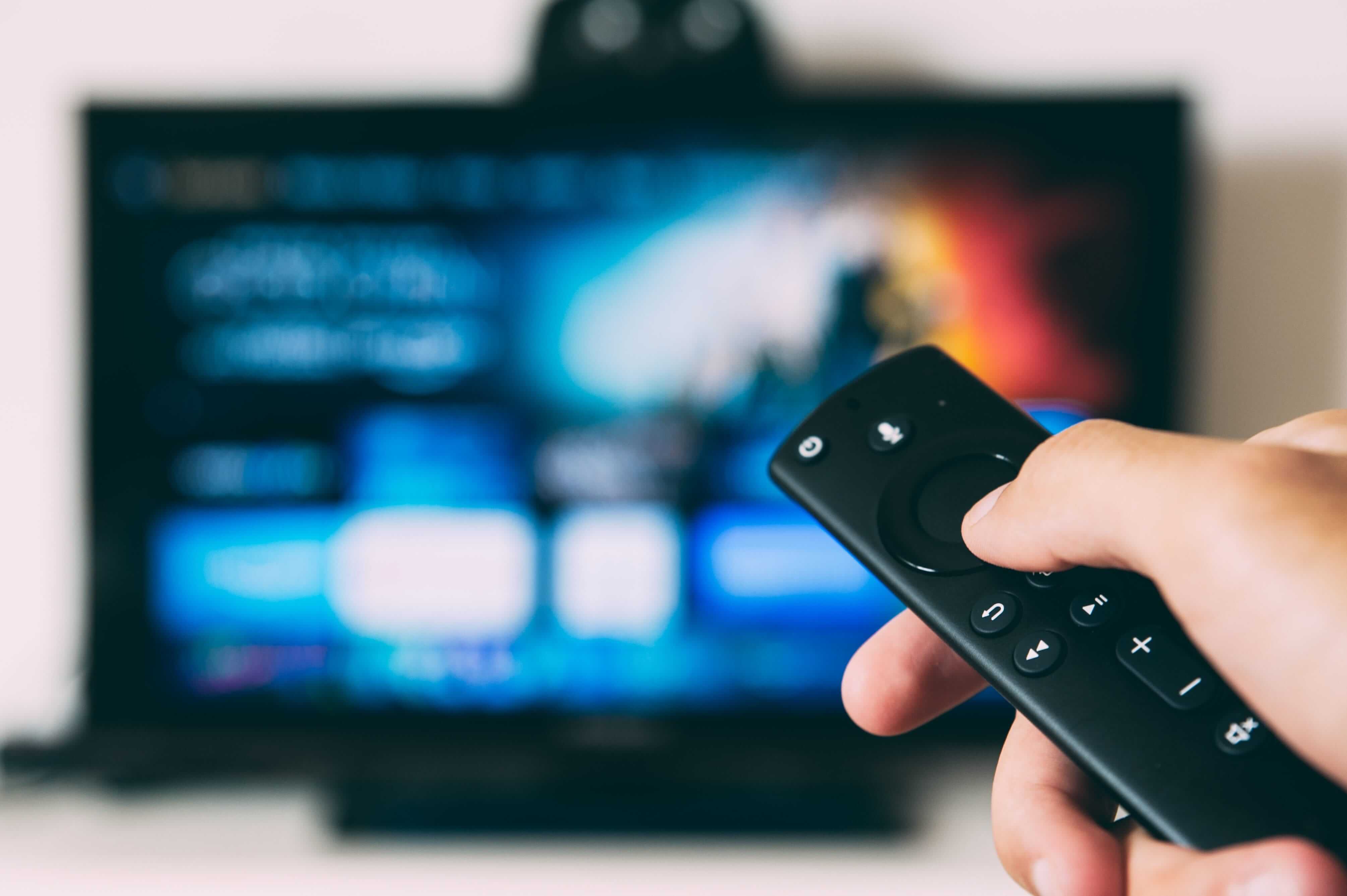 There are numerous studies that focus on child development. However, there are only a handful of them that focus specifically on the effects of television on cognitive development.

According to these studies, there are both positive and negative impacts that television can have on your children. Let’s start with the good bits.

1. Language and literacy of the child

At about 2 years old, quality television can provide your child an additional support system for early language and literacy. The study specifically mentioned that quality TV means “well-designed and age-appropriate programs” and must have specific educational goals.

To further understand this, you should know how your child develops a language. According to the Linguistic Society of America, children will inevitably learn the language they’re exposed to as they develop. They can acquire any language easily and quickly, with or without formal teaching.

Meanwhile, children who have never been spoken to by anyone will not acquire language. This is because language acquisition is developed through interaction — not only directly to your child, but also through the conversations your child hears in your household.

Now, going back to the claim of the study, the language and literacy benefits of television are only for support, and not as the main source of learning a language. Moreover, at two years old, your children are generally already capable of speaking phrases, so watching television can help them in terms of exercising already familiar words and phrases.

On the other hand, literacy is about the ability of a person to read and write. Now, just like language, literacy can be developed through interactions in early childhood. Activities like hearing stories from books or showing pictures with words are some of the things you can do to support your child’s literacy development.

In this aspect, TV programs that have specific goals in a word-picture association can be a great tool to help your kids, provided that you or a guardian is present and interacting with your child. Studies also show that interactive “learn-to-read” programs or apps can help your child practice letters, word recognition, and phonics.

Side note: it’s also important for parents to know that age-appropriate media should be followed. You shouldn’t force advanced levels of reading, writing, and language onto your children too early as this can work against healthy development.

Each child is unique and therefore will have unique pacing. What worked for your firstborn growing up may not work for your second, third, and so on. 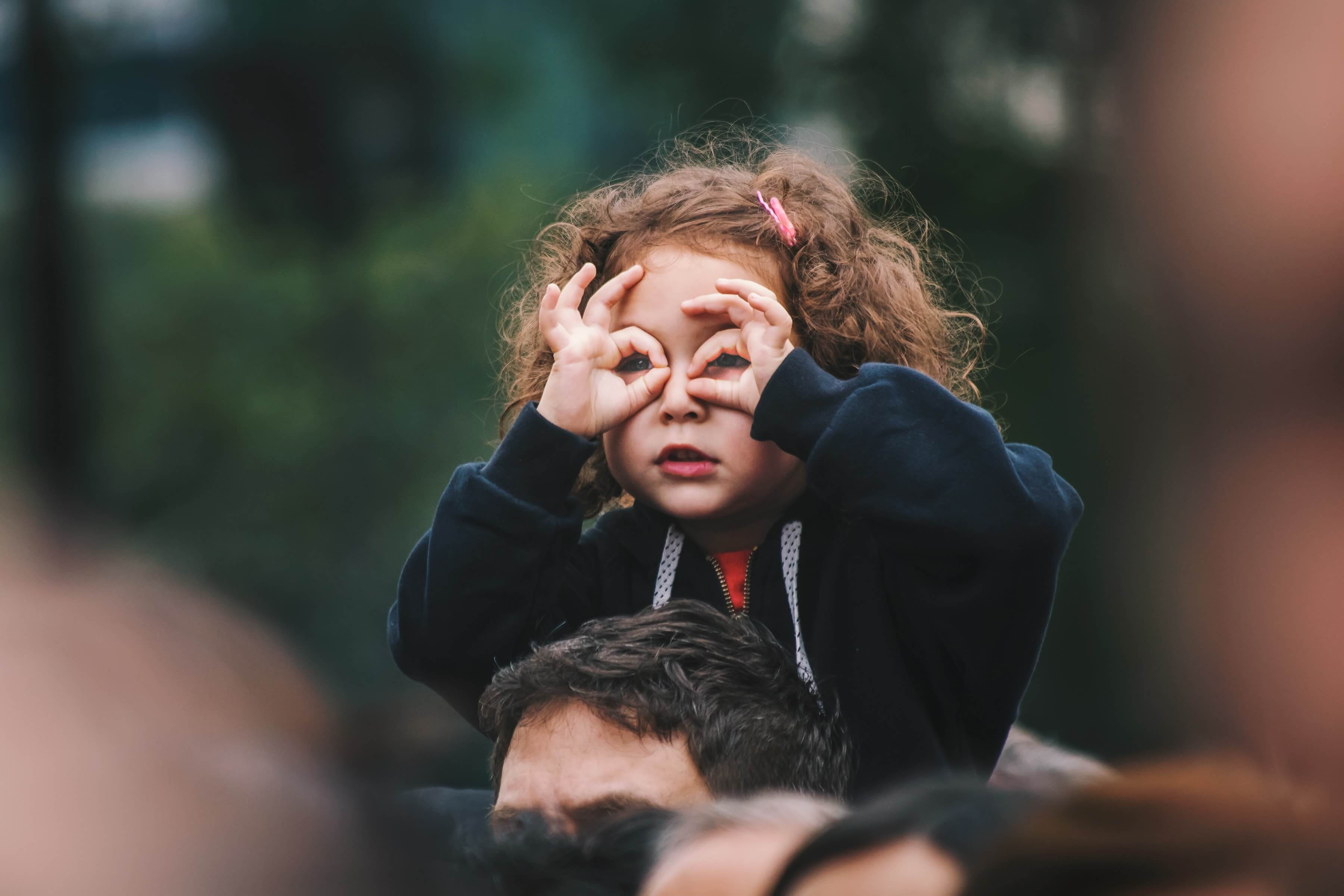 Studies have found that quality programming can foster positive racial attitudes. Even from an early age, your baby can identify the differences across all races. However, it’s important to know that noticing racial differences is different from having negative or positive beliefs in those differences. These types of judgments are developed and influenced by the social climate of children growing up.

There are numerous psychological explanations behind racism which include personal insecurity, lack of compassion, projection of flaws, poor mental health, and hatred. So, how do you prevent your child from having these traits?

According to an article published in the Greater Good Magazine, a science-based publication, recent studies show that racism starts early and can involve both deliberate and unconscious messages that children see in their parents.

For example, the old Filipino standard that light skin is beautiful and brown or dark skin is ugly can cause your children to have acquired racial bias against people who have naturally dark skin tone.

Luckily, there are a lot of things you can do to help your child have positive racial attitudes. For one, you can expose them to quality children’s TV shows that have positive images or stories of other racial groups. This can be a good foundation to help your kids develop friendships in other races or people of color.

It’s important to remember that in order to teach these good qualities in your children, you should also work on these biases in yourself and as parents. Talk explicitly about race and the effects and risks of racism within the family.

A study published in the Journal of Communication found that TV shows that have a strong emphasis on pretend play can help your child develop imaginative play. Moreover, studies also found that low action or low violence programs can increase imaginative play compared to high action or violence shows.

Therefore, there is clear evidence that the nature of the content that your children watch will affect their fantasy play. Additionally, children learn imaginative ideas best when a parent is mediating the viewing.

This is great and all, but what does imaginative play mean and what are the benefits that your child can gain from it?

According to Healthline, imaginative play is simply role-playing or pretend play. It involves expressing both positive and negative feelings by acting out various tasks and plots so that your child can experience the outcome of their choices.

Some of the benefits of imaginative play when a child does it with their parents include:

Visit Healthline’s article for ideas on imaginative play activities you can do with your kids.

Risks of Television in Child Development

Of course, with benefits come risks, especially when it comes to your child’s health. Here are some of them: 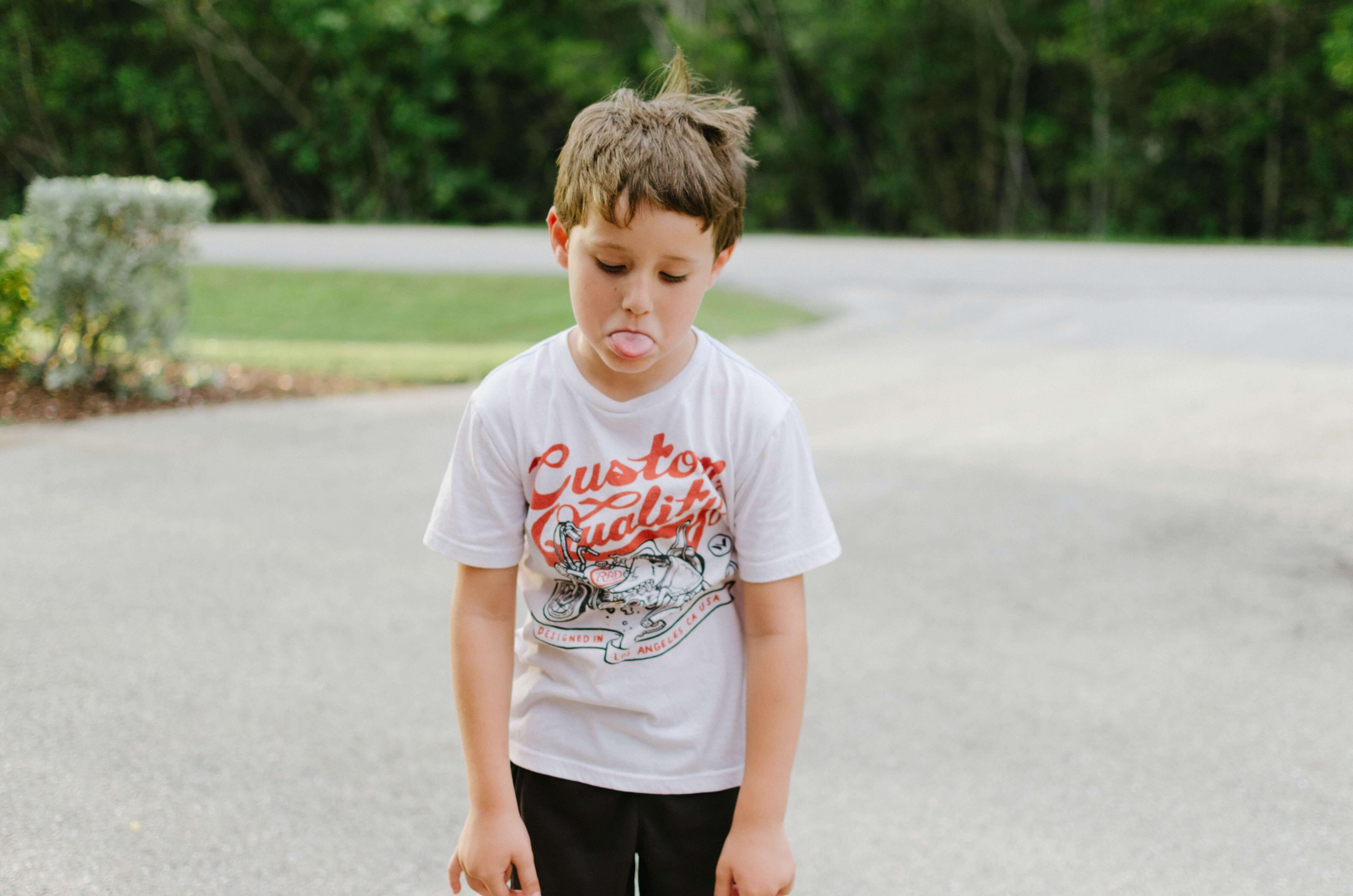 Some studies have associated prolonged TV viewing to lower cognitive abilities (including short-term memory, early math, and reading skills, and language development) in children. However, studies suggest that the negative effects are only clear when television exposure is extremely high or more than seven hours per day.

As we mentioned before, executive functions are the abilities your child needs to control their thoughts, emotions, and actions. These functions can directly affect their social, emotional, and intellectual life as they grow older. Children exposed to fast-paced or violent content have a poor executive function.

In one study conducted on Korean toddlers, researchers looked for relationships between TV and language delay.

There is clear evidence that supports the claim that violent content can cause antisocial and aggressive behavior in children as they grow older.

A study published in the Journal of the American Academy of Pediatrics found that excessive TV viewing in childhood and adolescence can increase antisocial behavior when a child reaches early adulthood. Additionally, the study recommends that children should not watch more than two hours of TV each day.

The same study also found that adults who spent more time watching TV during their childhood and adolescence were more likely to have:

These associations were apparent in both men and women.

Meanwhile, in an article published in Forbes, the connections between violent content and antisocial and aggressive behavior were still apparent even when factors like parenting and socioeconomic status were removed from the equation.

3. May cause attention problems 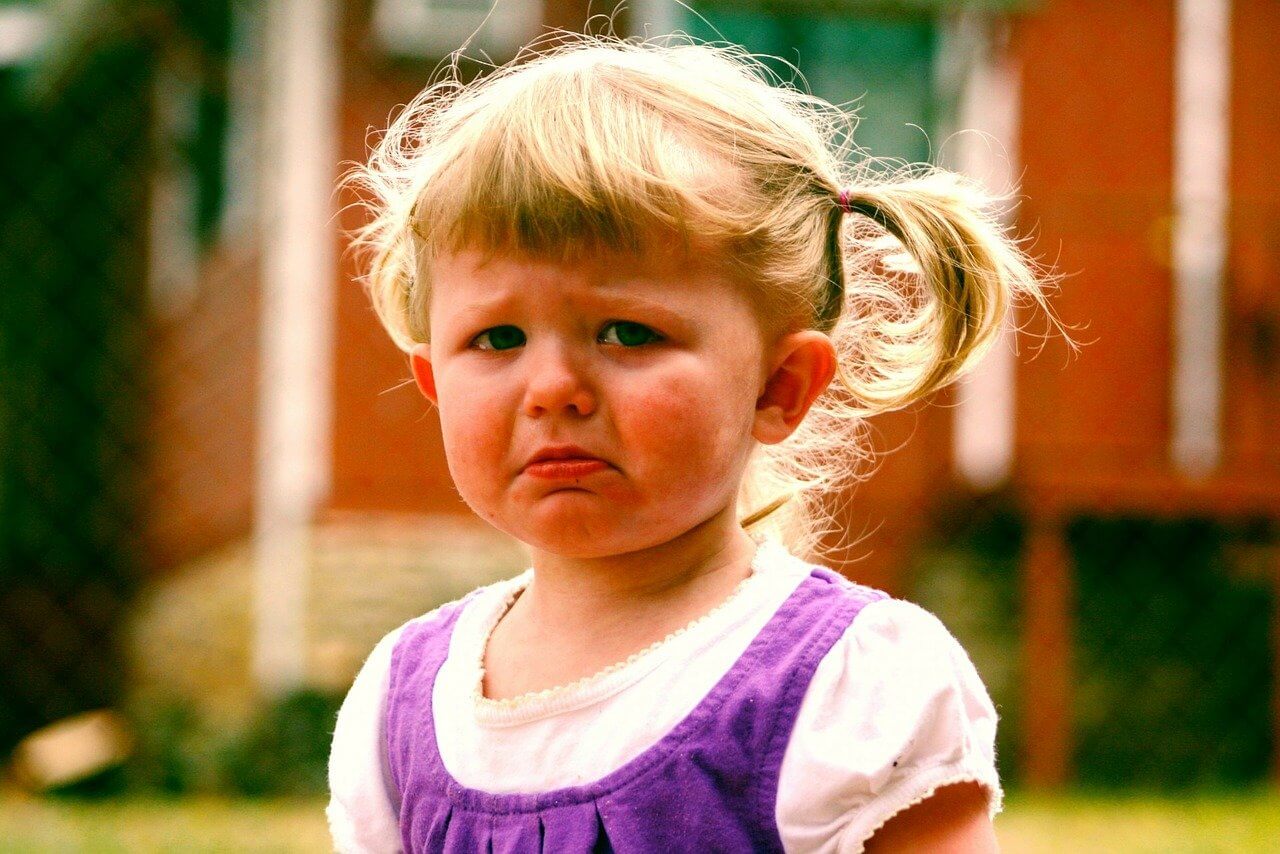 In an article published in Science Daily, researchers from the Children's Hospital And Regional Medical Center found that early TV exposure in children between one to three years of age had attention problems as early as seven years old.

The study revealed that every hour of excessive television can put children at risk of ADHD by almost 10%. This is not considering the environment at home, the cognitive stimulation of the children, and the emotional support they are receiving.

What are the factors that affect child development?

Of course, not all screen time is bad for your children, so don’t immediately decide that you’d eliminate TV completely when you move to your house for sale in Cavite. Also, it’s not just their consumption of media that can affect their development.

According to a study on the risk factors that affect child cognitive development, researchers determined three main factors: nutrition, environment, and maternal-child interactions. 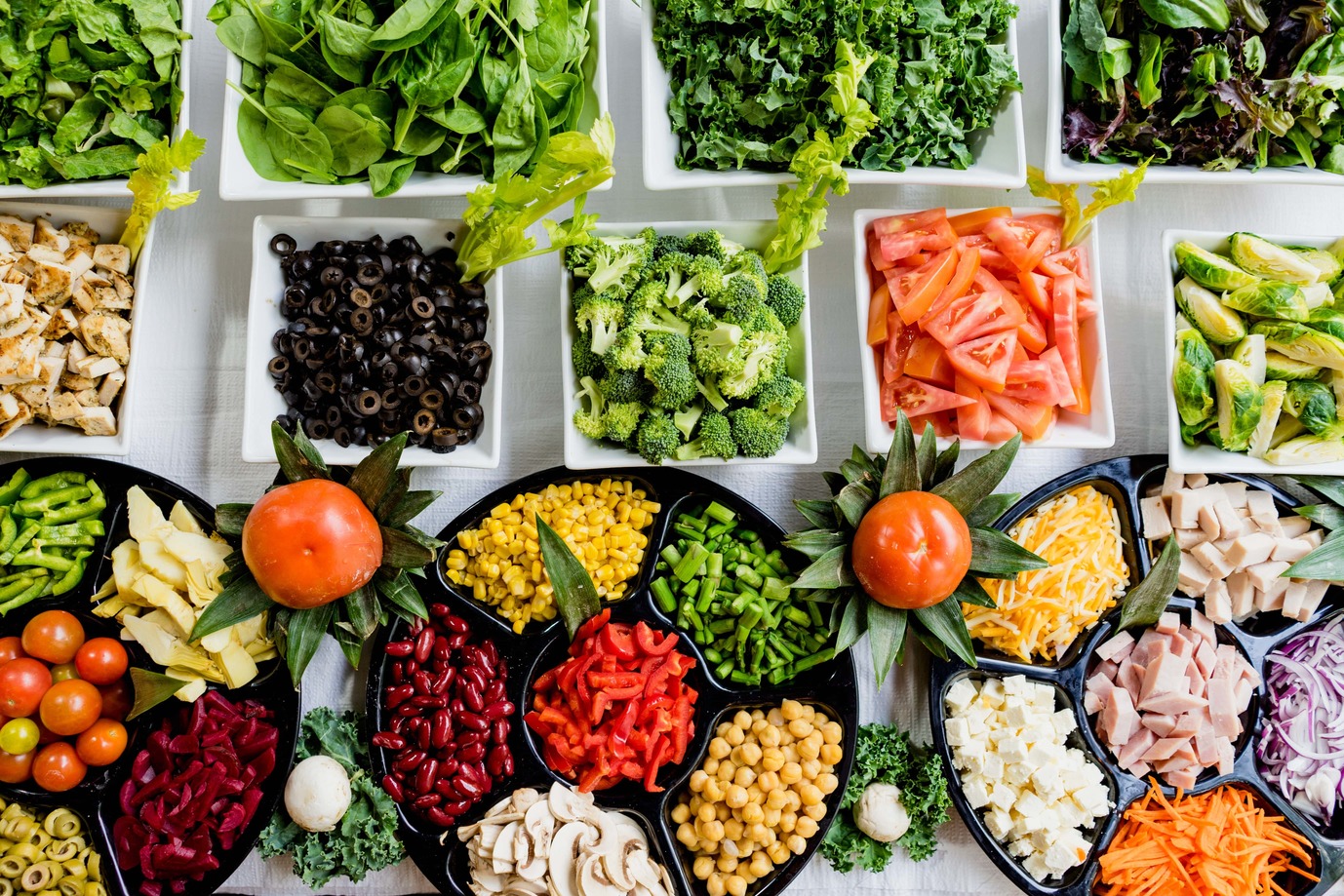 Proper nutrition is important so that your child doesn’t develop issues like stunting, iodine deficiency, iron deficiency, and more. Having a low birth weight has been associated with poor cognitive development. Meanwhile, iodine deficiency has been found to be the cause of mental impairment in children.

Your child’s surroundings have a great impact on their overall well-being. A child that grew up in a problematic home environment may have stunted intellectual, emotional, and social development. According to the Urban Child Institute, a negative home environment can lead to:

Moreover, studies suggest that growing up in a stressful environment can cause a child’s brain to develop differently. Socioeconomic factors like family income can also affect a child’s emotional development, learning, memory, and cognitive ability. Unfortunately, this also means that less-privileged kids are at a disadvantage. 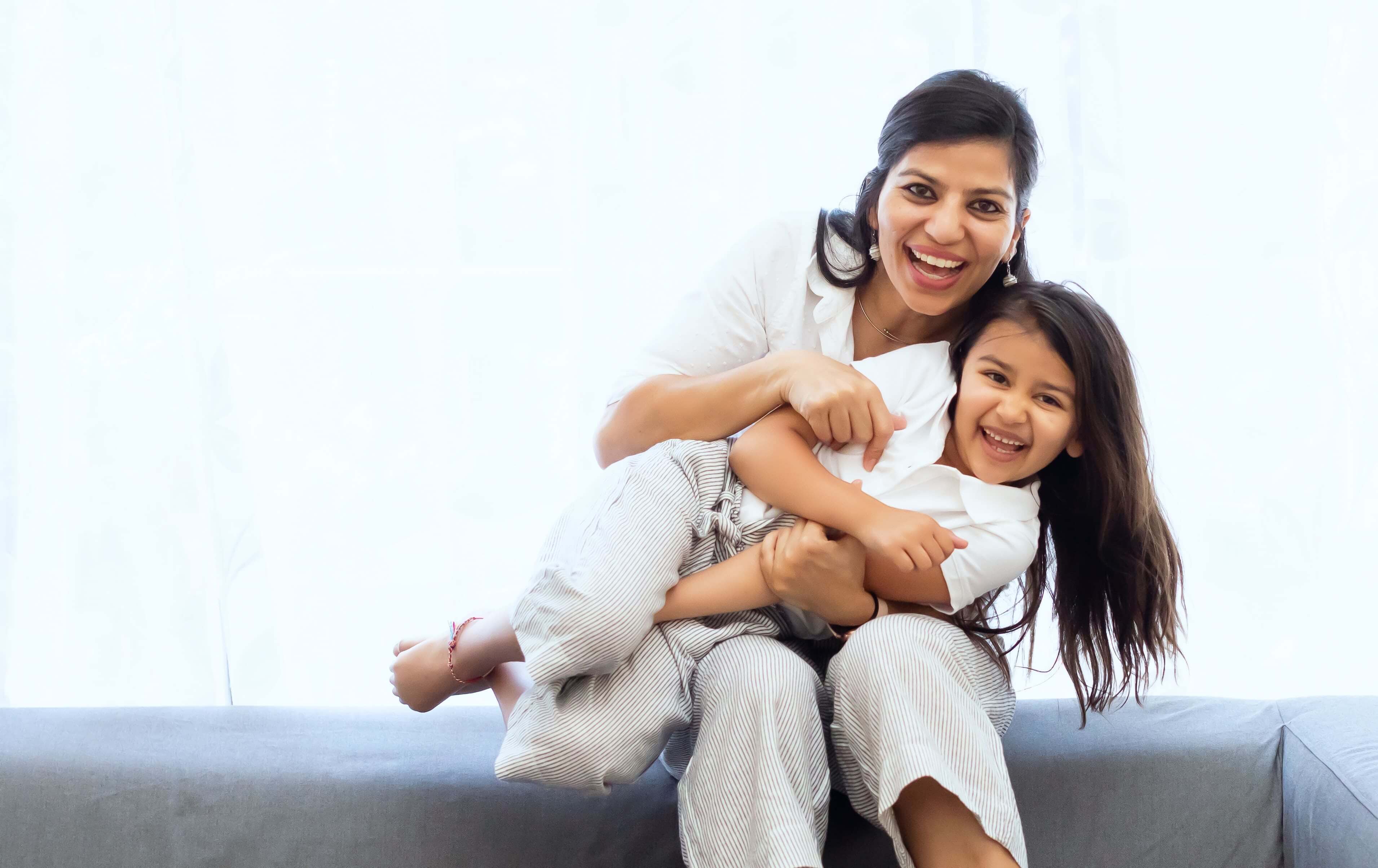 Poor maternal mental health has long been associated with poor child development. Depressed mothers tend to interact differently with their kids, which leads to poor social-emotional, cognitive, and behavioral outcomes.

Moreover, mothers who waited until after adolescence was found to give better early life outcomes to their children. Women who are less prepared for motherhood tend to raise children with low birth weight and poor physical and cognitive development.

Spend Time With Your Kids

At the end of the day, it all comes down to how you raise your children and educate them on how to properly manage their time between TV or computers and real life. If you want to maximize the benefits that your kids get from TV, watch with them no matter how annoying it gets. That way, you can guide them towards the right values and knowledge.

Related Blog : How to Help Your Kids Adjust to Online Learning