Everything You Need To Know About The Olympic Sport of Weightlifting

Aside from the obvious health benefits that weightlifting provides, there’s also the added bonus of greater self-discipline, an improved emotional state, better mental clarity and focus, and self-confidence. There’s just something so pleasing yet therapeutic about being able to lift a weight that you previously weren’t able to just a week before.

It’s also been proven that weightlifting improves your overall mood. Releasing endorphins in the brain, weight lifting creates a feel-good sensation post-workout; hence why many gym-goers often exhibit addictive qualities. It’s actually a lot like when you’re finally able to buy that house and lot you’ve always wanted, it’s a great moment that you’d want to relive over and over again. 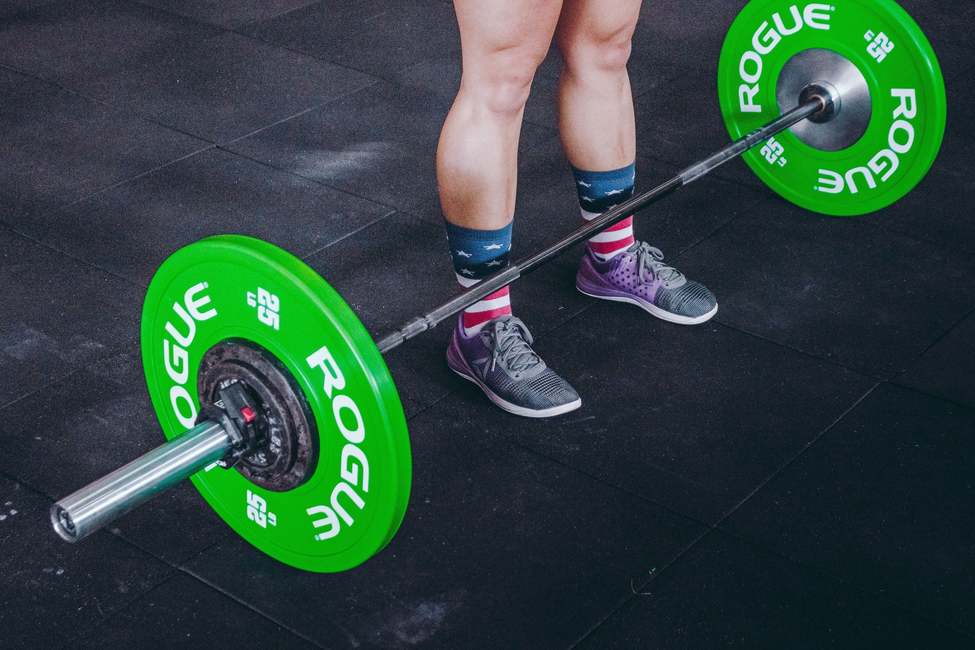 Whether you’re an experienced workout enthusiast or someone simply looking to learn more about the sport, we’ll be going over everything you need to know about weightlifting in this article

Since its introduction to the Olympics in the late 1800s, Olympic Weightlifting has attracted and created some of the most prolific weightlifters of our time. It has provided these men and women a platform to showcase their years of training and effort as well as all their hardships and failures.

Among male weightlifters, Greece’s Pyrros Dimas is considered to be the most successful Olympian after having won three gold medals and a bronze medal spread across the 82.5-85kg categories in different years. Greek Weightlifter Akakios Kakiasvilis and Turkey’s Halil Mutlu and Naim Suleymanoglu should also be mentioned as they have the same number of Olympic golds (three) as Dimas but fail to replicate his number of total models.

For the women’s categories, China’s Chen Yanqing and South Koreas Hsu Shu-Ching are the most successful women at Olympic weightlifting, both having won two golds in the 58kg and 53kg category respectively.

Weightlifting in the Olympics

Like Crown Asia’s longstanding ability to develop houses and lots for sale in the Philippines, Olympic Weightlifting also has a longstanding history of healthy competition amongst peers and nations.

Tracing its historic roots to Africa, South Asia, and, of course, Ancient Greece, tests of power have always remained a popular competitive sport throughout the ages. The ability to lift something that other people cannot has a primitive appeal that, frankly, anyone can participate it. In fact, the history of weightlifting shows a diverse display of male and female weightlifting competitors throughout the years. 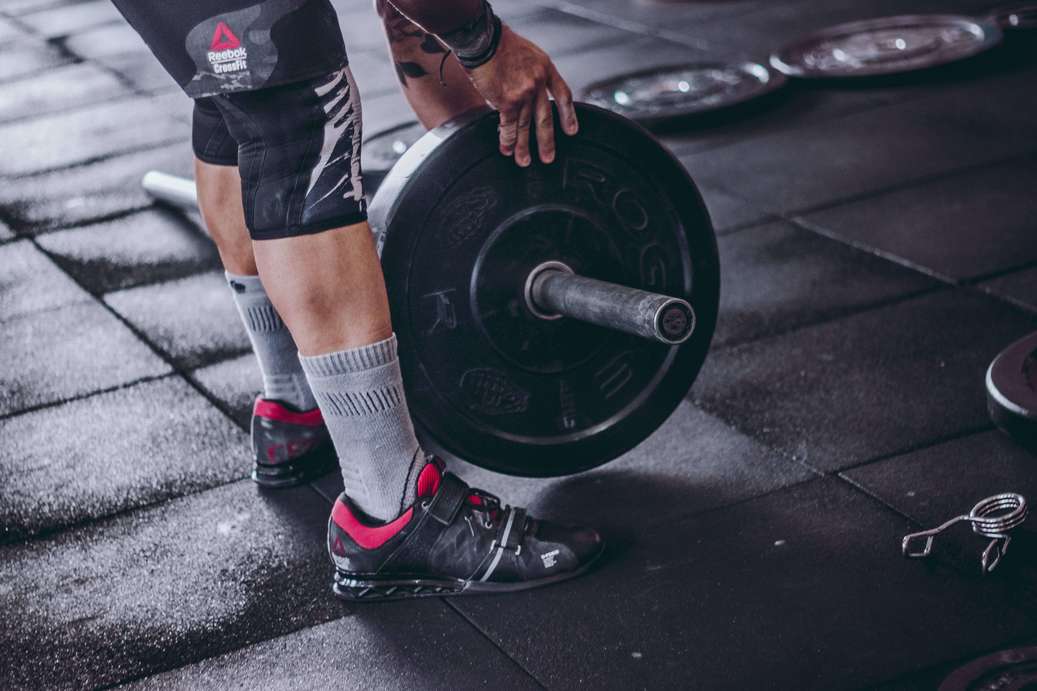 Now, in terms of participants, women have only recently been able to share in the weightlifting spotlight - after being allowed to compete in the weightlifting competitions at the 2000 Olympic Games. In that year, Tara Nott made history as the first woman to win an Olympic Gold Medal for Weightlifting. These days, women from across the globe compete for the gold medal across seven different weight categories.

There are two motions when it comes to modern Olympic weightlifting: the Snatch and the Clean and Jerk.

In the snatch, a weightlifter is required to pick up a barbell and lift it over their head in one singular motion.

In the clean and jerk, a weight lifter is required to do two things: 1.) pick up the barbell and bring it up to his other chest and 2.) explode from this position, extend their arms and legs to help raise the bar high above their head with a straight elbow. The weightlifters will then have to hold it there until a buzzer is sounded.

At this point, you might be thinking that Olympic Weightlifting sounds easy and straightforward. Make no mistake that while the explanation of these movements sounds simple, there are nuances, specific techniques, and varying forms that only the best of the best could replicate perfectly, allowing them to lift hundreds of kilos over their heads at maximum effort without risking injury.

The actual competition format of weightlifting is quite simple. As opposed to team sports such as basketball or volleyball, there are no elimination rounds nor finals for these weightlifters. Athletes simply must compete in the snatch and clean and jerk rounds to receive their total score. Whoever has the highest total, wins the gold. 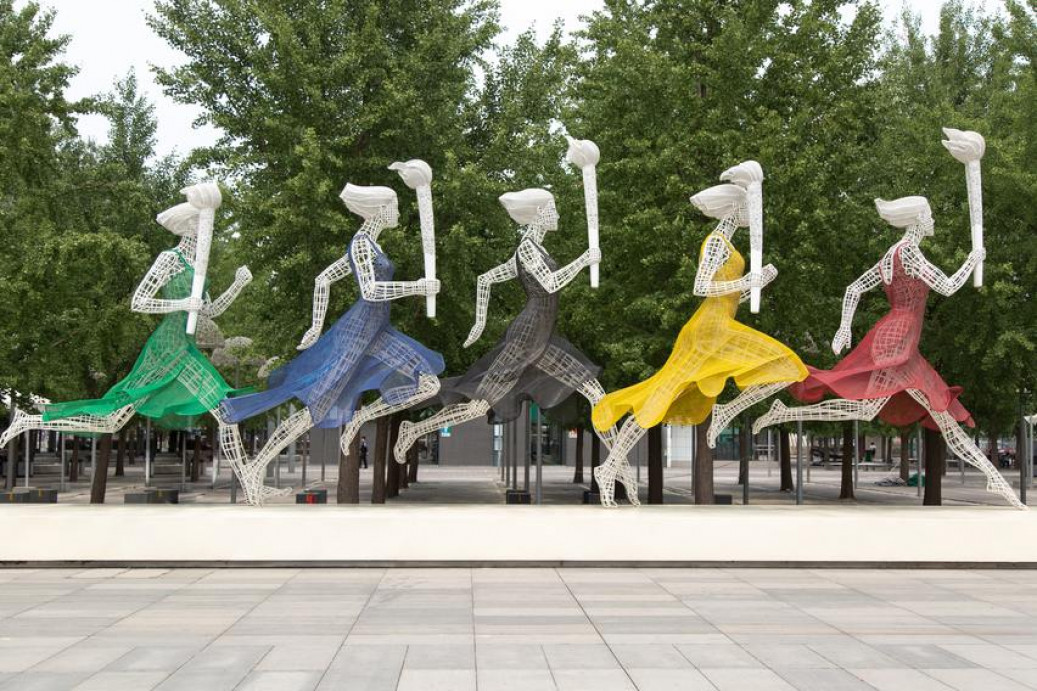 Diving into the explanation further: in each round, an athlete would have three attempts to lift increasingly heavier weights. The weights aren’t fixed but are rather chosen by the athlete and their team as well. A weight lifter’s best attempt at snatch and the clean and jerk are then added up to represent the weightlifters score.

After a lift, the judges will verify its success based on a performance rubric that assesses the form, depth, and overall performance. There will be three referees judging the lift and if a lift were to be deemed unsuccessful, the referee immediately hits a red button and a red light goes off, invalidating the lift and its subsequent score.

Filipinos at the Weightlifting Scene

Of all the Filipinos who’ve participated in weightlifting throughout the years, none have been as successful as Staff Sergeant Hidilyn Francisco Diaz who became the first Filipino to ever win an Olympic gold medal for the Philippines during the Tokyo 2020 Summer Olympics. 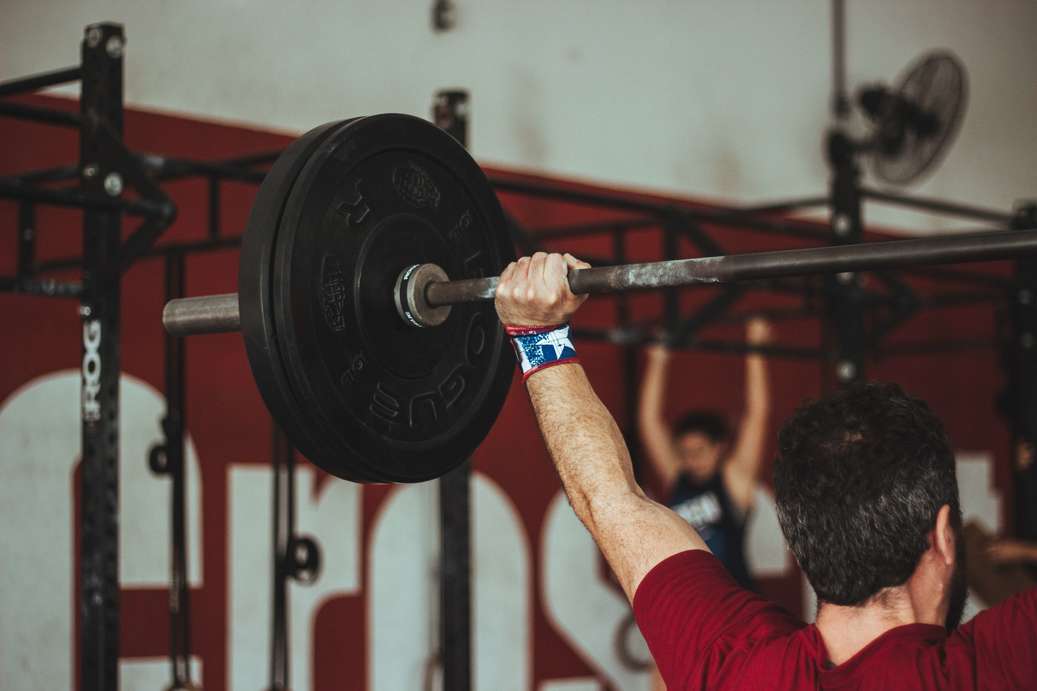 Earlier in her career, Diaz had always found herself on the podium but struggled to snatch, pun intended, gold. She garnered bronze in the 2007 SEA games in Thailand, 10th place in the 2006 Asian Games, and a silver medal in the 2016 Summer Olympics. It was a long 5-year wait before Diaz could prove herself again in the 2020 Summer Olympics where she finally brought home the gold and set Olympic Records in the Clean and Jerk and overall total.

It was a team effort from weightlifting coaches Gao Kaiwen and Julius Naranjo and everyone else who supported her. Proudly representing the Philippine Air Force and Zamboanga City, Diaz has proven herself as a force to be dealt with over the next couple of years.

The Features of the Weightlifter

There are three key skills that weightlifting coaches look for in their athletes; that is flexibility, speed, and strength, exactly in that order.

It would be natural to assume that to be a world-class weightlifter, you’d need to have world-class strength and genetics. Well, that isn’t necessarily true, or at least, the part about genetics isn’t. There are many weightlifters who have proven to be suboptimal when it comes to genetics yet are still able to lift immense weights over their heads. 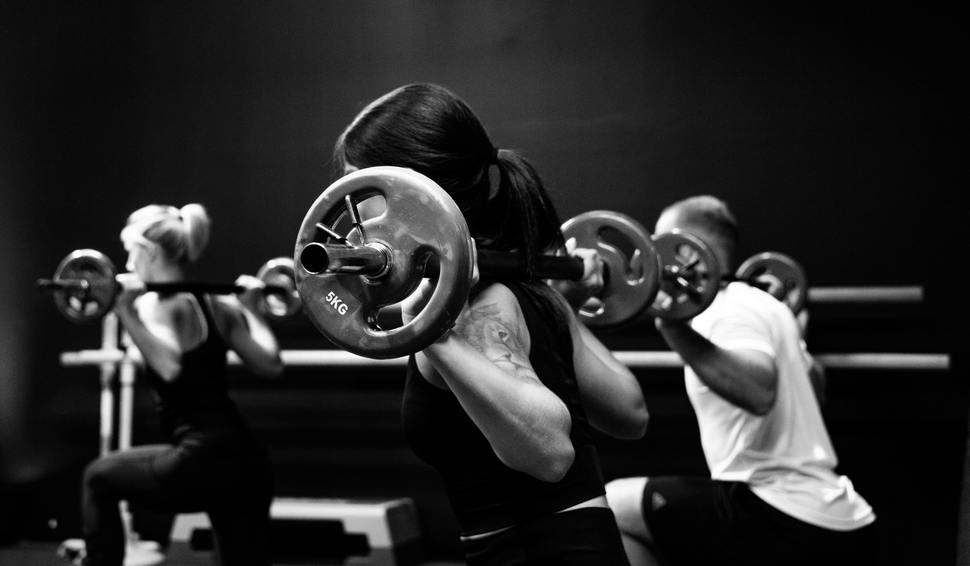 Perhaps their gifts come from being flexible and their ability to explode out of positions to generate maximum power. Breaking it down even further, being flexible allows these individuals to get the most out of their bodies. Going further in the squat position allows one to hit the clean better and eventually provide them with enough leverage to pop themselves onto the jerk. This is also why speed is an important aspect in weightlifting.

If you remember the equation for Force from your science class, force is equal to mass times acceleration. This means that the faster you can go, the harder you can hit, and the more you can lift.

Perhaps the best example of this concept would be in boxing. Manny Pacquiao is known as a fast fighter. Despite his rather scrawny frame in comparison to his opponents, Pacquiao still has the ability to deliver the knockout blow. Why? Because of his speed and the inherent force that he brings along beside it.

Just like Crown Asia’s natural ability to sell the perfect house and lot for you, the best lifters are those able to strictly follow their specific form in a consistent manner. They hold themselves to a certain standard of weightlifting that they require themselves to met on a daily basis. 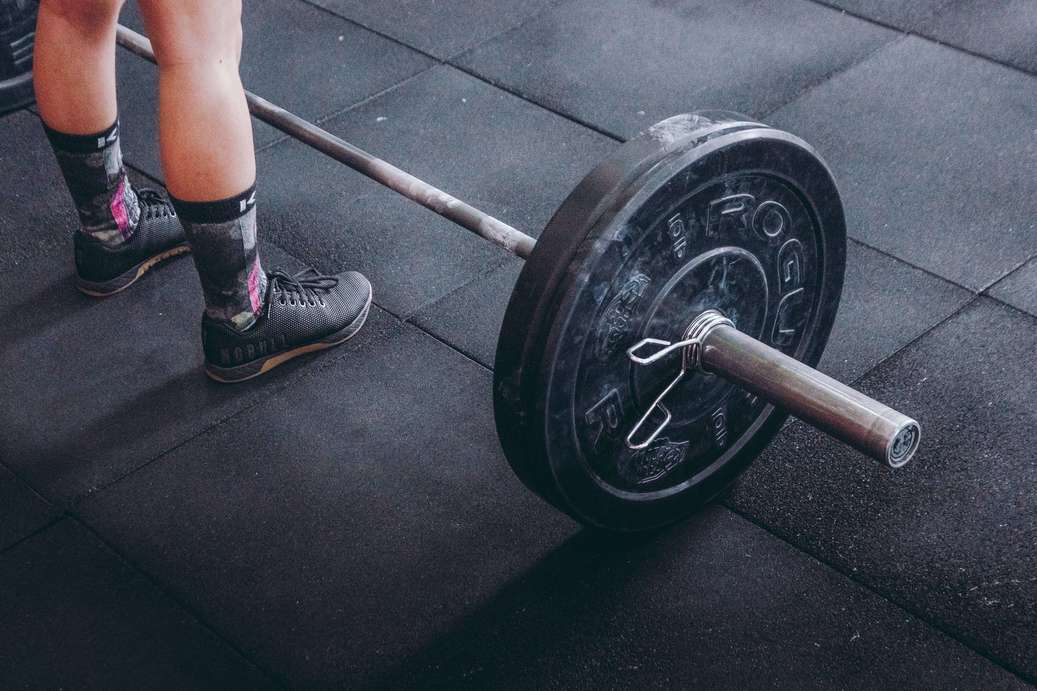 Olympic weightlifters are people with immensely large reserves of willpower and self-discipline. We are sure many of you had made a New Year’s resolution to go to the gym x times a week. We are also sure that many of you had failed to follow through. Well, Olympic lifters don’t have that same privilege of being able to just stop. They need to dig deep and find that inner resolve to just keep on going. Imagine having to consistently push yourself to the very best of your physical capabilities on a daily basis and only then will you have an understanding of what it means to be an Olympic weightlifter.

To be a great weightlifter you’d have to be tough, just like when you were looking for that perfect house for sale. Persistence and solitude are key during these times. An Olympic weightlifter should have a single focused mind where they strive to achieve their best at all times.

By this point, you should have a rather fair understanding of the sport of Olympic Weightlifting. It’s a great sport and we are sure, for the Filipino Community, it will continue to grow especially coming right after the Hidilyn Diaz win. Whether you’re an absolute beginner or someone looking to take this sport seriously, make sure that you’re keeping yourself safe by practicing great form and listening to your instructor at all times.

What skills are needed for Olympic Weightlifting?

Contrary to popular belief, there are actually many skills you need to be a competitive weightlifter. Aside from strength, you’ll also need to learn flexibility, endurance, and balance. Each of these skills plays an immense role in your ability to perform on the platform and should be focused on if you’re looking to get into this sport.

How many events are there in Olympic Weightlifting? 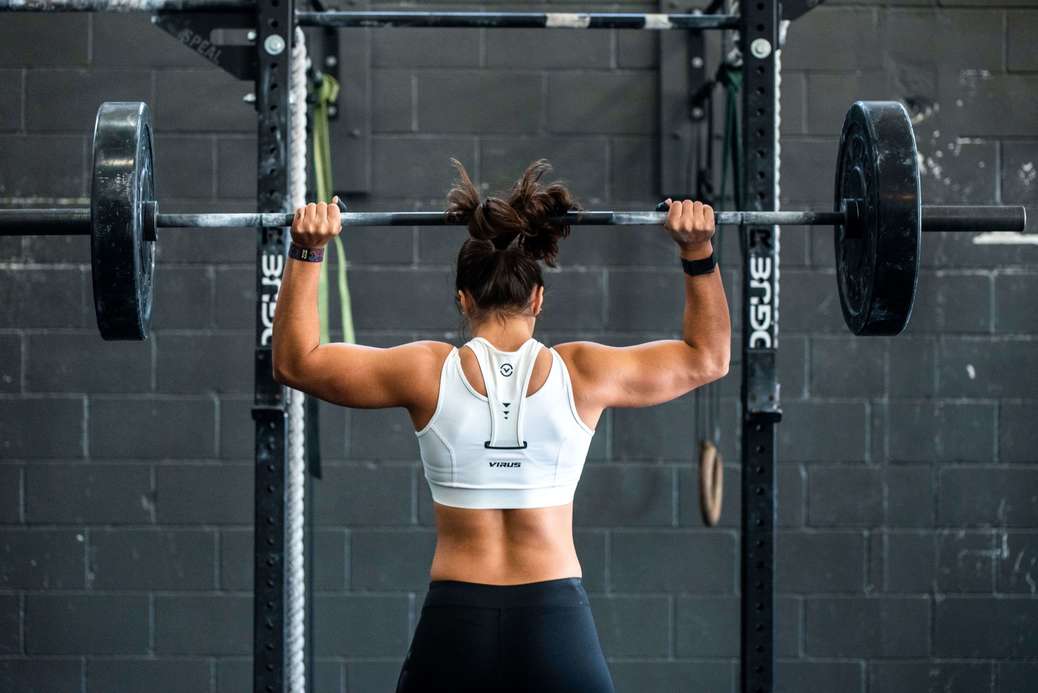 Weightlifting consists of two events: The Snatch and The Clean and Jerk. In actual competition, each athlete will be permitted three attempts in each lift, where judges will determine if the attempt was successful based on depth of motion and form. The highest weights successfully lifted by an athlete in each event will comprise the athlete’s total.

It’s important to note here that there are eight bodyweight categories for me and seven categories for women. Competitors can also be subdivided into age for athletes 13 and under or as old as 85 and above. In this way, athletes are able to compete with athletes their own age, size, and gender.

How can you train for Olympic Lifting?

You can start training for Olympic Lifting either by yourself, with a group, or with a coach. As a beginner, it would be optimal for you to build the foundational movements of the basic lifts before you get into lifting the heavy stuff. Perhaps a program where you’ll be training 3-5 times a week will work best for you as this allows time for recovery after a strenuous weightlifting session. 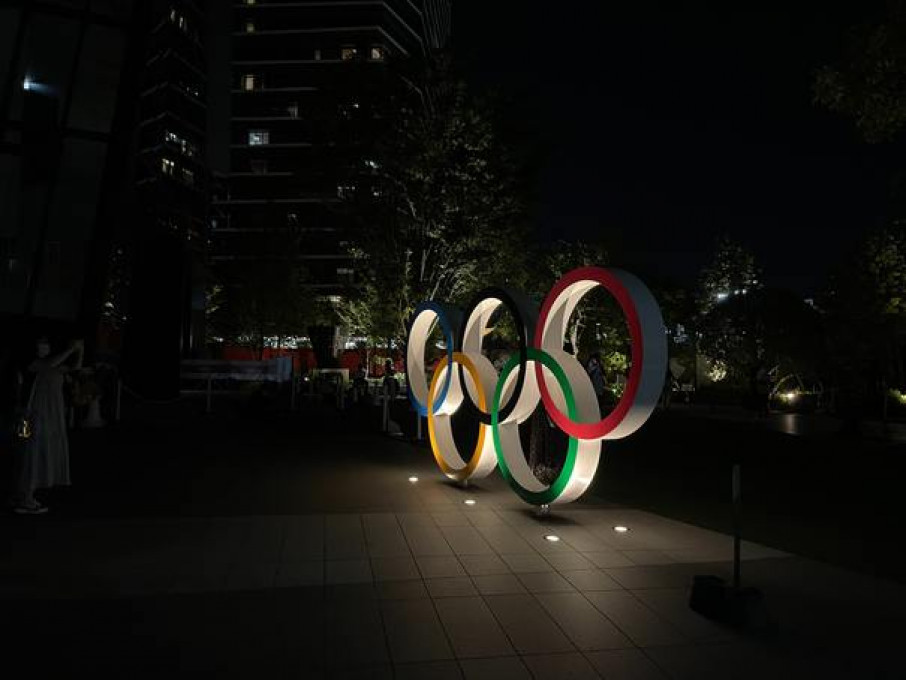 On the other hand, you will also have the more advanced Olympic weightlifters who will train anywhere from 6-10 workouts per week. These individuals take the sport of weightlifting seriously and will, more often than not, have a coach and a personalized training plan tailor-fit to their needs.

Related Blog: Major Sporting Events to Look Forward to Now That the Olympics Is Almost Over