Amassing an impressive number of enthusiasts, Soccer is considered one of the most popular sports in the world. And its 3 - 4 billion fans couldn’t agree more. The game is loved by many because it is thrilling to watch and inexpensive to play. All you need is the right ball and your foot to play this game. There’s no need for expensive gear and equipment. And it’s just as thrilling as any other sport. It’s no wonder tons of families gather together into the living room to watch the UEFA Euros or the Copa America tournaments. 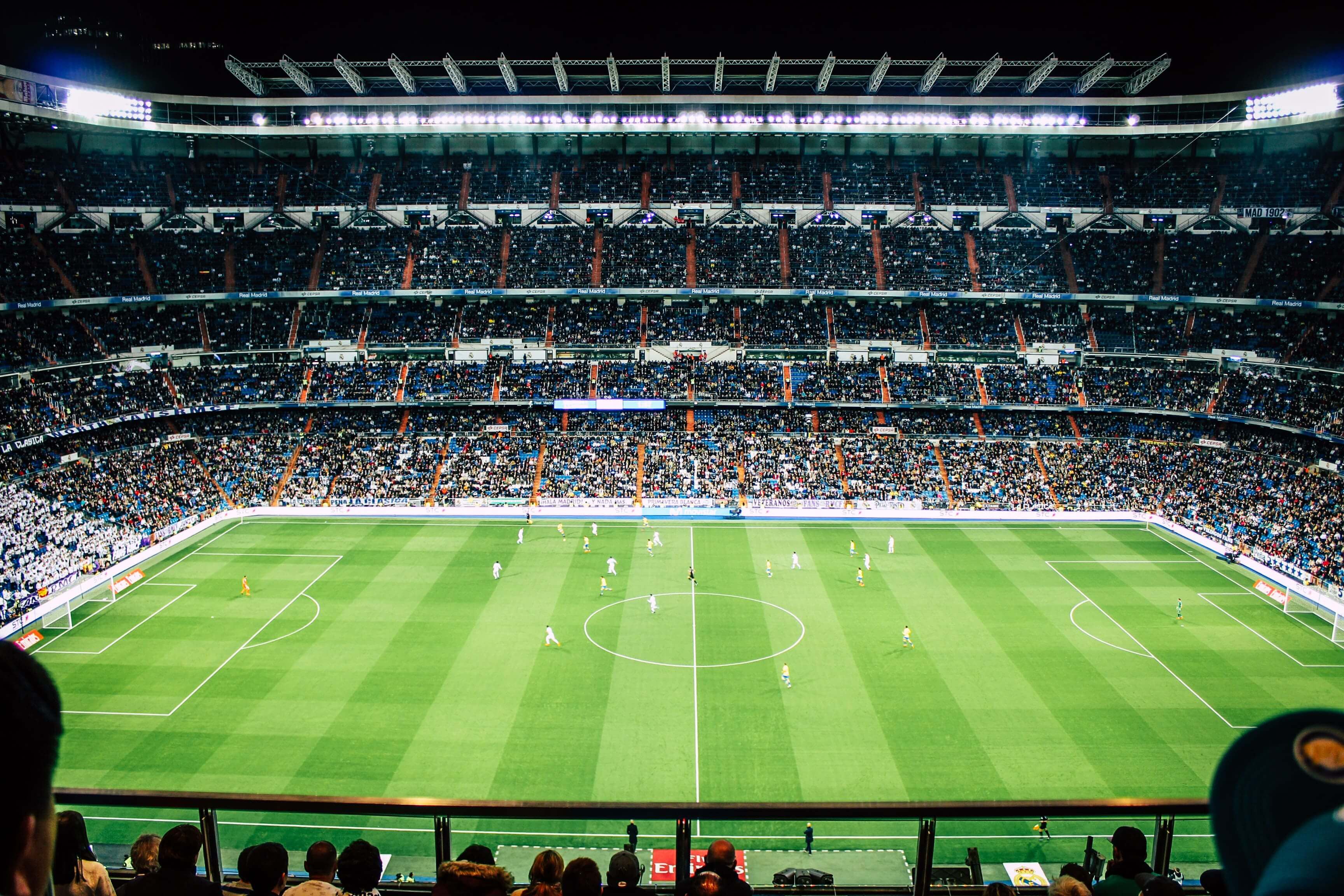 If you’re a bit unfamiliar with the ways of these 2 tournaments or if you’re just starting to love the sport, here’s a guide for you. The finals for both tournaments are happening in July. Understanding the game is imperative so you can follow as you watch the country you’re rooting for fight for the championship. Here’s a complete guide to the Euro 2020 and Copa America finals happening in July.

Soccer and How to Play It

Goal of the Game

Let’s begin by understanding the basics of soccer. The goal of the game is to score more goals than the other team. Kick the ball into the goal, make sure it crosses the goal line and your team just scored. A player can score with any part of the body except their arms or hands. Defend your goal and make sure the opponent cannot score. Seems simple, right? Well, not really. The tougher the competition, the harder it is to win the game.

Positions on the Field

On the field, each team must have at least 7 players and at most 11 players with one of them serving as a goalkeeper. The 4 main positions in soccer are forward, midfielder, defender, and goalkeeper.

The goalkeeper defends the goal and blocks the ball to make sure it doesn’t pass the goal line and to stop the other team from scoring. The defenders are the players closest to the net. They stop the other team’s offensive players from getting close to the goal and shooting. The midfielder play in the middle of the field. They see most of the action in a game. They attack and they defend. They link the forwards and the defenders together to help make sure the team plays well. The forward is an offensive soccer position. They’re fast. They should be able to pass the ball to each other and get close enough to the net to score goals.

The Basic Rules for the Game

5 of the more important pieces of equipment you need to play soccer are a jersey with sleeves, shorts, socks, shin guards that should be covered by your socks, and footwear. For equipment, all you need is a soccer ball. 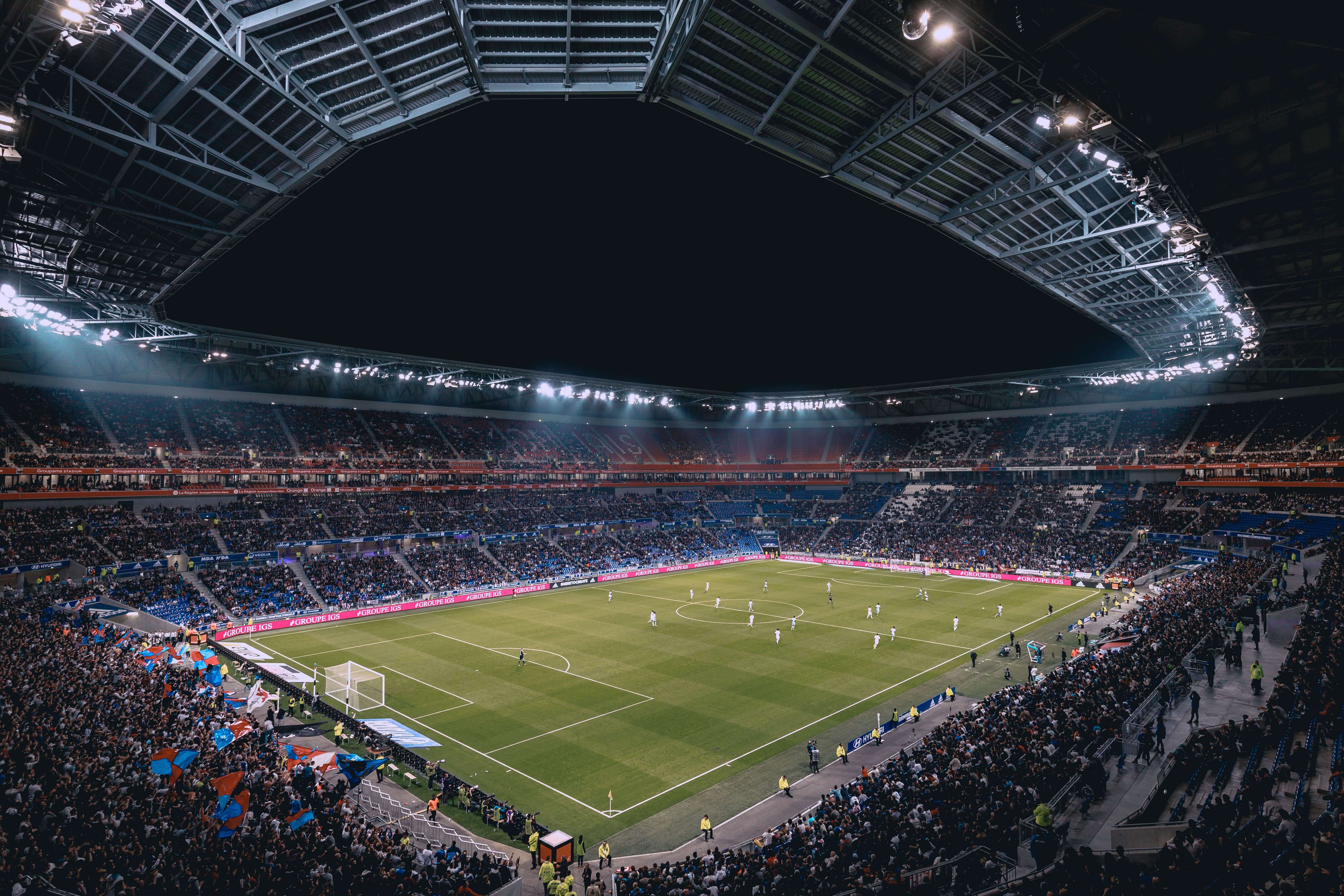 Germany, France, and Spain are countries that have won the title many times making them tough competition. The 24 teams participating are divided into 6 different groups. Each group has 4 teams each. The first goal is to qualify for the knockout stage. The winners of the knockout stage move on to the quarter-finals, semi-finals, and so on until the 2 best teams are left to fight for the championship.

The UEFA Euros has garnered a vast number of views. Some games have 7.5 million views. If you want to become a professional soccer player, playing and winning this competition is definitely the dream.

The Tournament of Copa America

Copa America began in 1916 making this the longest-running international football tournament in the world. It’s had a lot of changes and the 2021 tournament is the 47th edition. 11 teams participate in the competition. The teams are divided into two groups called Group A and Group B. It is divided depending on the country’s location. The North Zone is drafted into Group B and the South Zone into Group A.

Group A contains great teams from Argentina, Chile, and Uruguay. Group B contains Brazil which is the defending champion, Peru, Columbia, and more. Each team will play at least 4 matches. The top 4 teams will move on to the knockout stage.

The top 4 teams play against each other until there are two finalists. These 2 finalists battle each other on the field until one team wins and they are awarded champion of the Copa America Tournament.

The Copa America Tournament is a renowned tournament that offers tons of thrilling matches and excitement to its fans and viewers. It has featured some of the greatest soccer players in the world. And though the UEFA Euros have a larger number of viewers, the Copa America tournament is not far behind. And avid fans make sure to watch both.

What is the difference between the UEFA Euros and the Copa America Tournament?

Soccer fans around the world have been debating on which of these two tournaments is better. The thing is, no one really has an answer to that. Both tournaments are equally great and fun to watch. It’s hard to choose. However, there are a few differences between the two.

1. The Euros have greater viewership than the Copa America tournaments

Both are very popular tournaments with a great reputation. But based on reports made by Sony Pictures Sports Network, games in the Euros have been watched by over 8 million viewers. The Universal linear networks have reported that 980,000 viewers watch the games in the Copa America tournaments.

Another difference between the two is that the Euros feature 24 teams whereas the Copa America tournament features 11 teams.

3. Teams have to go through a qualifying process to participate in the Euros

The UEFA Euro tournaments are believed to have greater standards because to be able to participate in the tournament, teams have to go through a qualifying stage. This makes sure that the teams joining are great teams and will provide great matches. For the Copa America tournaments, teams are invited.

Where and When to Watch

The Euro 2020 Finals was held at Wembley Stadium last July 11. In the semi-finals, Italy beat Spain 4 – 2 and England beat Denmark 2 – 1. This means that both Italy and England are going to move on to the finals. England took on Italy in the fight for the championship. You can watch the game through your different networks like ESPN and ABC.

Argentina and Brazil faced off last July 10 in the Copa America Final tournament. Watch the tournament through different channels like FOX live.

4 Ways to Enjoy the Games with Your Family

A big benefit of sports and entertainment is that it brings together families. In some families, it is a tradition that they gather to watch the finals of their favorite sports together. It’s a big thing to them. It is also a great reason to enjoy some quality family time and talk about some things you might have missed. 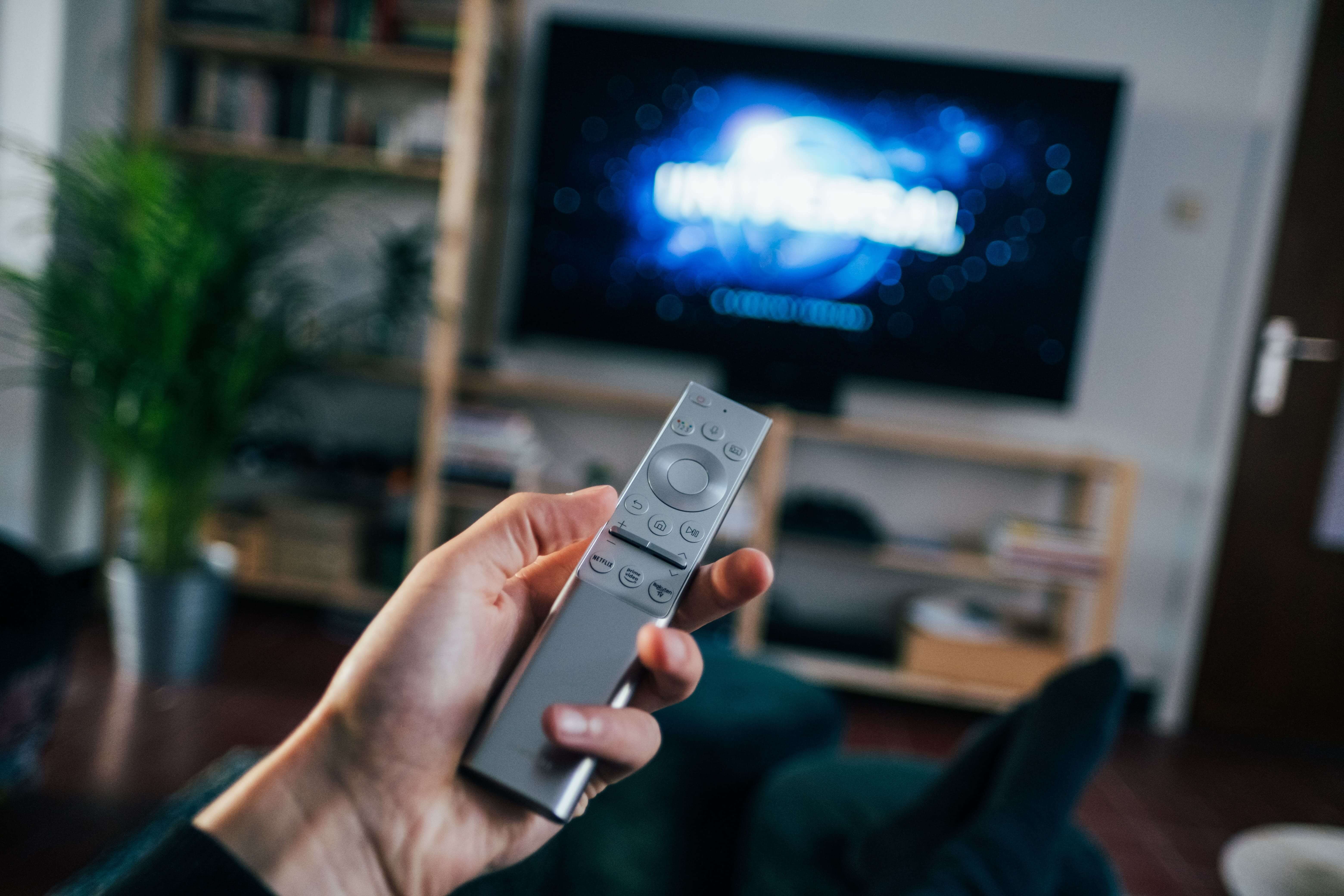 It’s easy to watch soccer or any other sport on television thanks to the modern age. You can now gather in your living room with humongous bowls of popcorn or an endless amount of pizza and enjoy the game. You might even want to watch some old games from previous years and see how they did it “back in the day”, as most people like to call it. Watch some games through networks like ESPN or platforms like YouTube. You might even have DVDs where you recorded some of your favorite games. Enjoy laughter and fun-filled conservations on who your favorite player is and cheer your team on with your family.

Whether you’re a soccer fanatic or a die-hard basketball fan, you can’t deny that watching games together with your family is so much fun.

2. Play the game together.

When it comes to sports like soccer, you aren’t limited to watching pros playing on your television. You can play the game yourself! That will give you an added sense of appreciation for the sport. Go out into your backyard and enjoy a day out in the sun playing some sports with your family!

3. Make sure everyone understands the game. 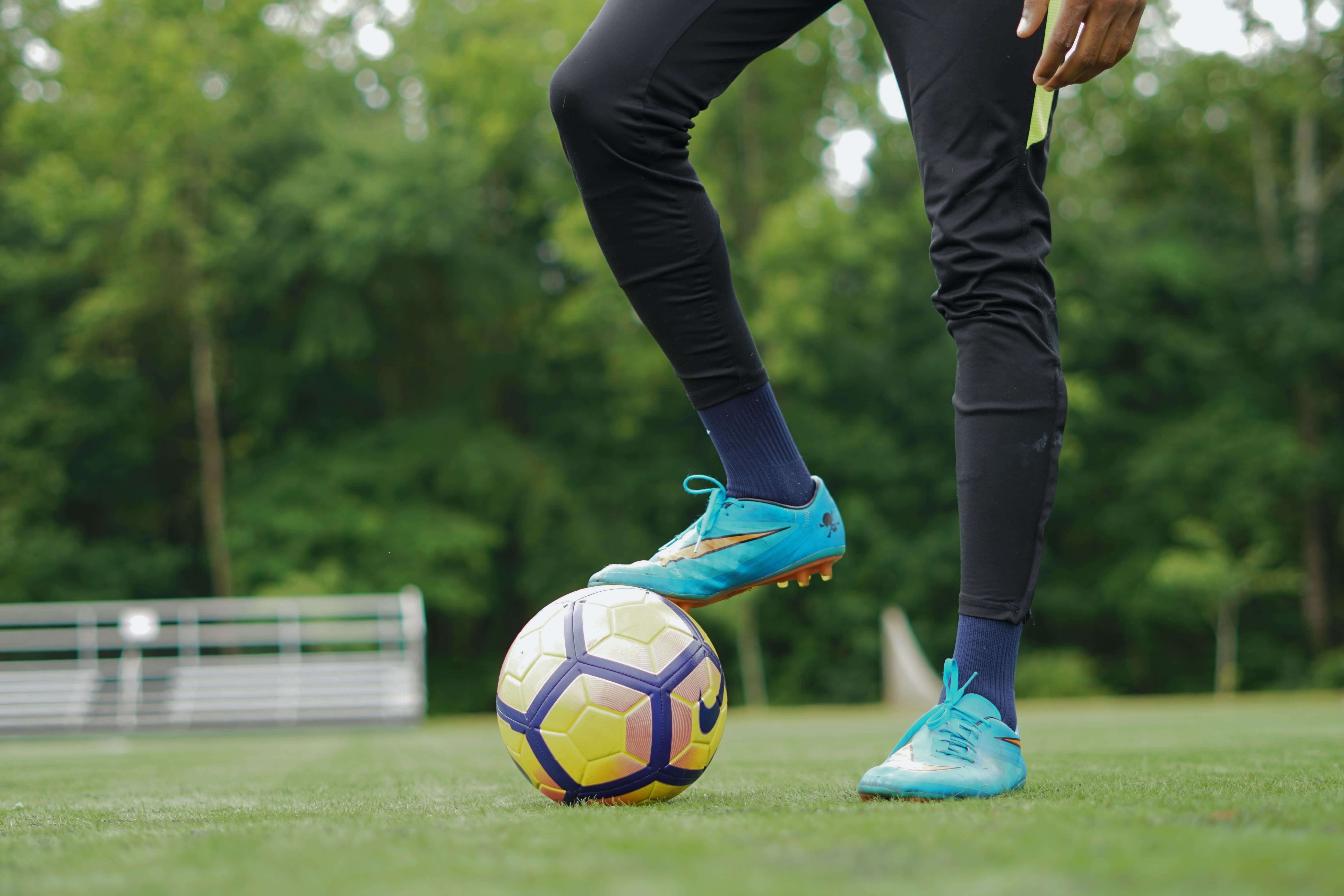 You might be an avid soccer fan but that doesn’t mean that your loved ones are. To make sure they’ll love the game and understand what’s going on, try explaining the basic concepts of soccer. Show them the teams and the different members of each team. This will help them appreciate the game more.

4. Gather in one area. Don’t watch from separate gadgets.

When you watch the tournaments, it’s way more fun to watch it together with your family. You’ll be cheering your team on, debating the plays that had happened, and enjoying the game with someone else. Gather in one area and watch through one screen instead of different computers and TVs. A living room is a great place to gather. But of course, you could always bring some chips and popcorn into the bedroom and watch there instead.

If you’re looking for a bigger house to host viewing events like these, don’t hesitate to call Crown Asia. We’ll make sure we find you a house and lot for sale in the Philippines or a house for sale in the Philippines big enough to house big families and throw fun-filled parties in. If you’ve got a design in mind and want to build your house instead, we’ll find a suitable lot for sale. Prefer to rent? Not a problem. We’ll find a great house for rent big enough for you. We can find a house and lot for sale in Laguna, Cavite, and more. Finding a house for sale in Laguna and other places or a house for rent isn’t difficult at all. Not when you have Crown Asia to help you.

Who are the best teams in each tournament?

A few of the best teams in the Euro tournament are Spain who holds 3 titles, Germany who’s acquired 2, and France who also acquired 2. In Copa America, we have Uruguay who’s garnered an impressive 15 titles, Argentina coming in close with 14 titles, and Brazil who’s won 9 titles and other wins from different international contests.

Is Copa America and Euro 2020 done every year?

Copa America’s rules have changed tons of times since its creation. Now, there will be back-to-back tournaments in 2019 and 2021. The Euro tournaments however are only held once every 4 years. 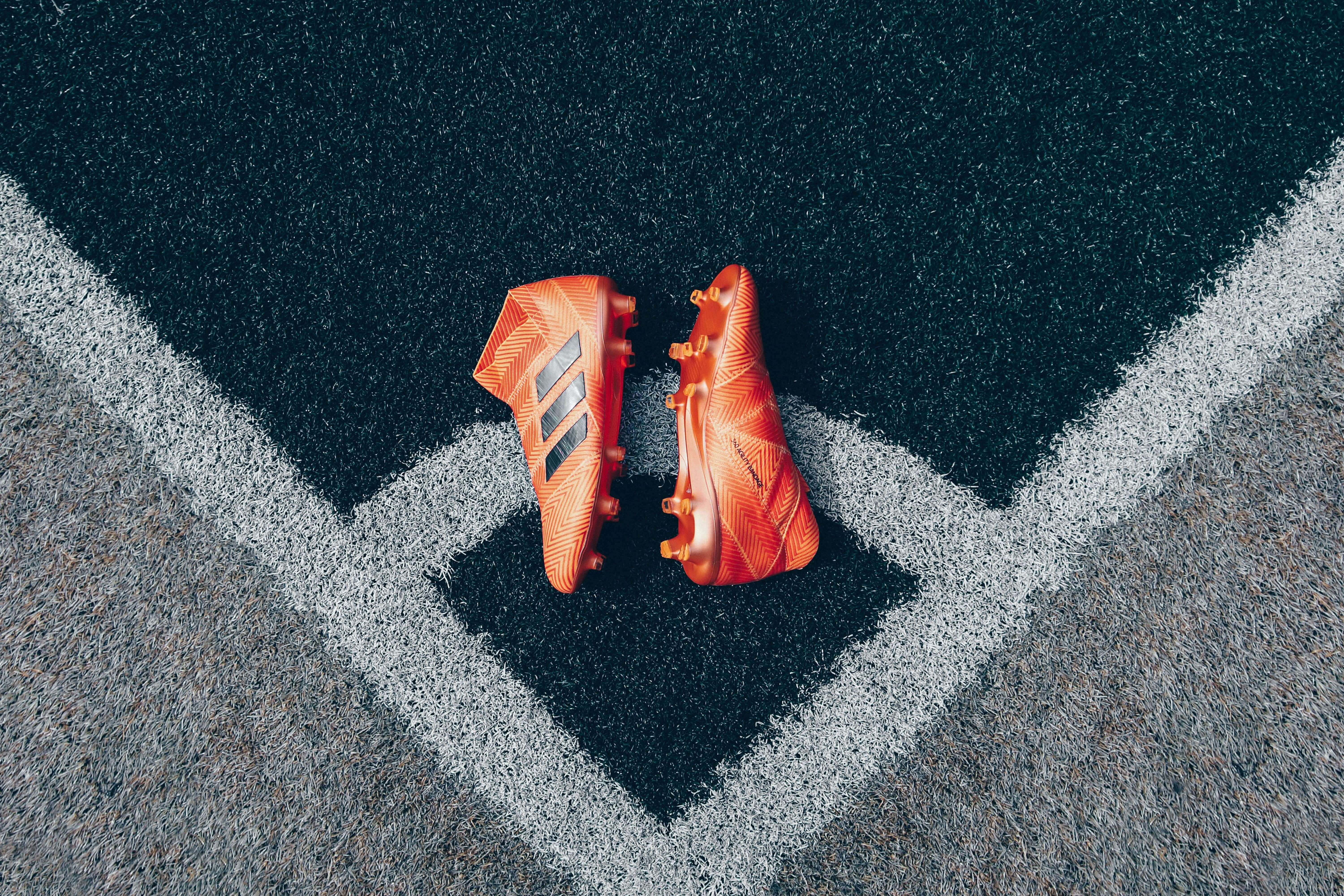 Soccer is an incredibly popular sport. It’s got a huge fanbase. And no one can wonder why because it offers thrilling matches and tons of excitement to its die-hard fans. Two of the most popular tournaments featuring soccer include the UEFA Euros and the Copa America tournaments. They’ve both garnered a reputation for featuring the best soccer players the world has ever seen. A few include Lionel Messi and Cristiano Ronaldo. This is why if you love soccer, watching these tournaments is definitely a must.

Related Blog: Yuka Saso, the Youngest US Open Winner: A Filipina in the Golf Community