With Hidilyn Diaz winning the first ever Olympic gold medal for the Philippines and other Filipino Olympians securing medals for the country, more and more Filipinos got into the spirit of sports other than basketball. About time, right?

Now that the 2021 Summer Olympics is almost over, we want to help you maintain the spirit of sportsmanship by showing you eight major sports events you shouldn’t miss. Some of these events are out of the ordinary in terms of Filipino sports culture, but all of them will give you the thrill of watching a heated competition. 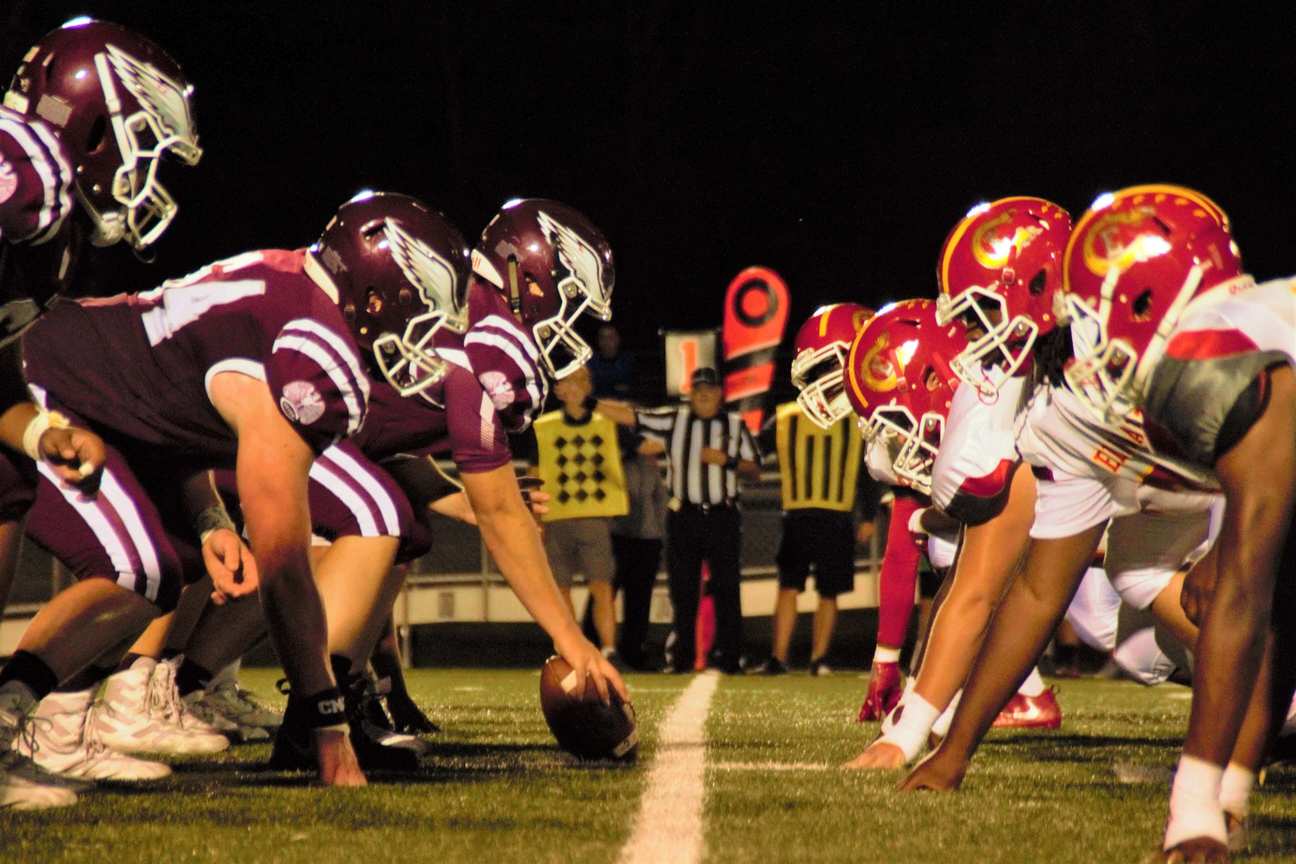 With the COVID-19 pandemic situation in the US being so close to ending, the NFL is now far from jeopardy compared to where it was this time last year. American football fans from all over the world can finally cheer their hearts out as the NFL preseason returns this year.

This time, though, the preseason will only have three games because the league switched to a season with seventeen games. Luckily, those three games are still enough preparation with live game reps than the teams had last year, so you can expect them to play smooth again this time.

On top of that, since the NFL is also getting back to normal off-field, they’re planning on letting fans watch live in the stadiums this season. Hopefully, as the US government continues to win against the pandemic, there will be no more postponements this season.

In case you’ve never watched the NFL preseason before, this is a yearly period where NFL teams play exhibition games before the actual season begins. This year, the preseason begins on August 12, Thursday, starting off with the Washington Football Team vs the New England Patriots and the Pittsburgh Steelers vs the Philadelphia Eagles.

You can watch the live preseason games through the NFL app. It’s available in the Apple Store and Google Play Store, you can also check out their website to learn more about Game Pass.

This will be the 30th season of the Premier League and the third season that will use the Video Assistant Referee (VAR) system. However, if you’re an avid English football fan, you’d be happy to know that this year, the Premier League is changing some of the penalty rules. 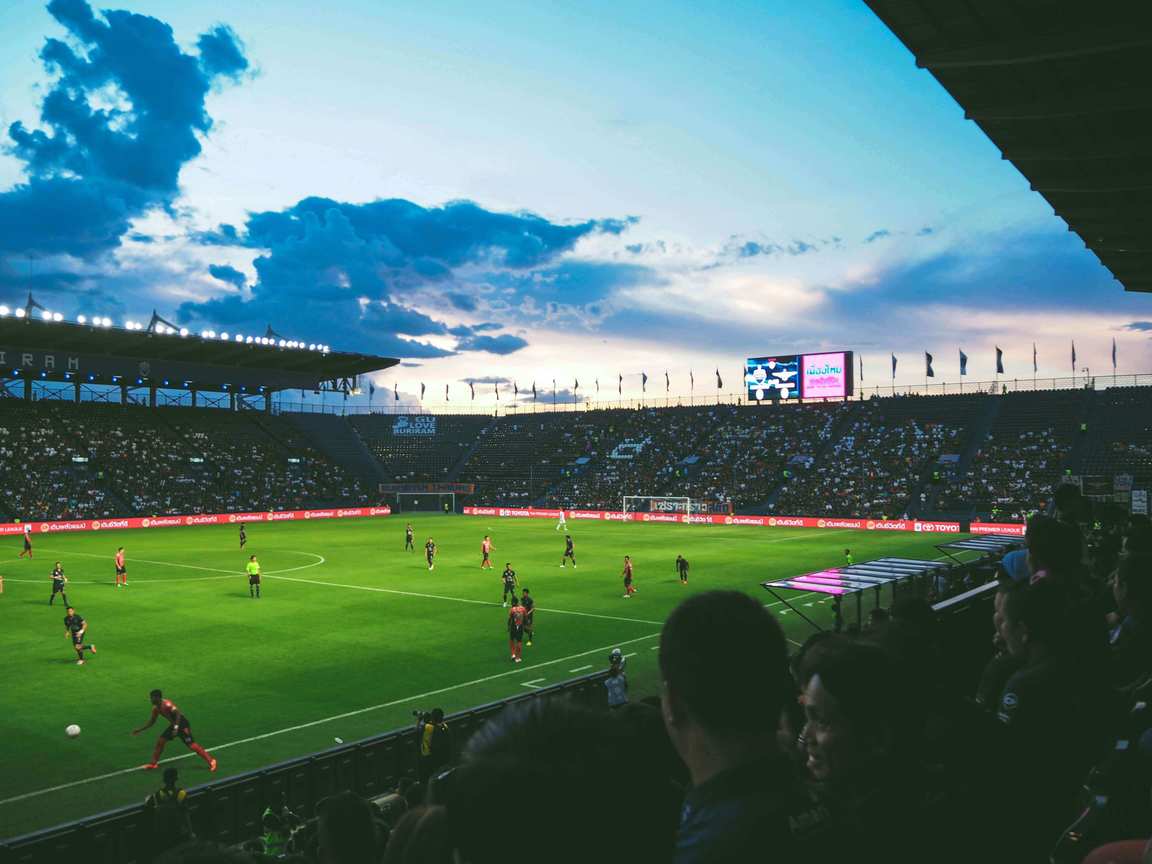 If you remember, since the introduction of the VAR system in 2019, the attackers have mostly carried the burden when it comes to penalty decisions, and a defender’s contact looked so much worse, which caused a lot of penalty kicks in the last seasons.

This season, there will be new rules set so that the people manning the VAR system will use a wider broadcast line to give some benefit of the doubt to the attacker. Officials will now look for three criteria when it comes to making decisions against collisions. You can learn more about the new criteria in The Guardian.

The season begins on August 14, with Manchester United vs Leeds United being one of the top highlights on day one. However, you can’t miss the August 15 matchday, since Manchester City, the defending champions, will go head to head against Tottenham Hotspur.

On top of the event’s reopening, the Grand Prix will also be reopening for full-capacity live viewing, allowing up to 140,000 people to watch on the grandstands and on the banks. Of course, they will hold the event in an open-air venue, the Northamptonshire plateau. Other restrictions also include being able to prove that it’s been fourteen days since getting fully vaccinated. 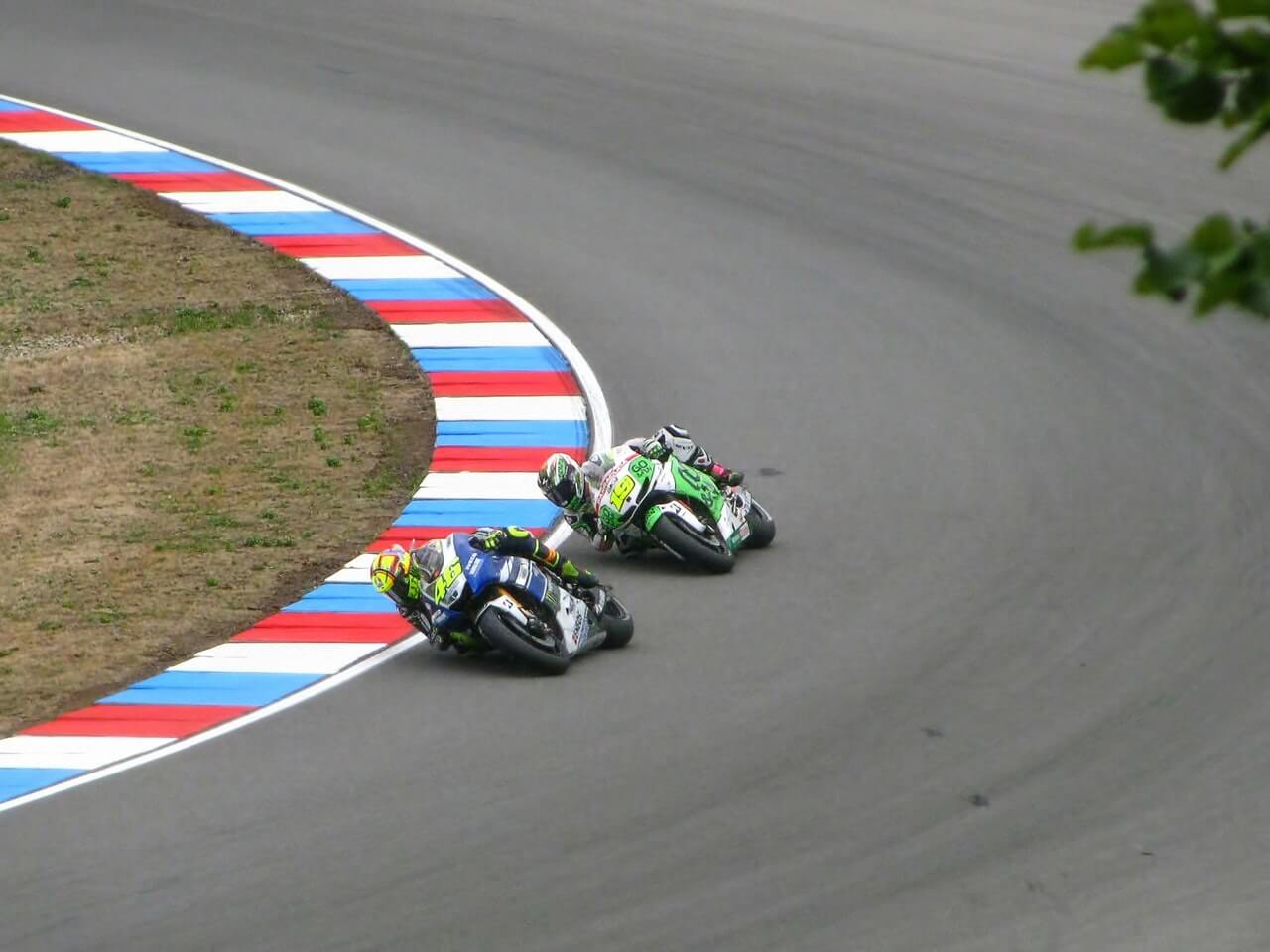 While you can only dream of flying to England, for now, you can watch the races online. MotoGP provides live streaming on their Facebook page, so you can sit back in your new house and lot in Cavite and enjoy it for free.

While you’re at it, be sure to be on the lookout for Joan Mir, the reigning champion of the British MotoGP. If you’re already a huge fan, you should know that he decided to break tradition and continue to use his number 36 instead of using number one since the number holds a lot of significance for him.

Racing tradition gives the winner of the last season the right to use the number one on their motorcycle. So, we’re yet to see if Joan Mir made the right choice if he wins this year’s event.

After the NFL teams make their final cut of 53 players (max) for the season on August 31 and the final day of the preseason training camp on September 5, up comes the moment you’ve been waiting for: The regular season of NFL.

This year, last season’s champs, the Tampa Bay Buccaneers, will play host to the Dallas Cowboys on September 10 at 8:20 AM GMT+8. The Bucs had massive pressure but managed to retain everyone they needed for this season, including Shaquil Barrett, Lavonte Davis, Chris Godwin, Ndamukong Suh, to name a few.

If you’re a huge Bucs fan, you’d also be happy to know that their quarterback, Tom Brady, is still playing this season with a healthier condition after playing with a torn MCL last year.

If you haven’t yet, we recommend that you sign up for Game Pass so you can watch the matches. They will bring back the All-22 footage, also called the Coaches’ Film, which is an impressive camera angle that lets you see all 22 players on the field while they play. With the app, you can stay in your house and lot in Cavite and watch the games on your phone.

The 2021 F1 US Grand Prix will have 56 laps where 20 drivers will get up to speed and find out who is the fastest. You can find broadcast information through Fox Sports, visit this link to see what’s happening right now.

If you’re looking to watch on October 25 no matter how early and dark it is in your house and lot in Cavite, be sure to check out Valtteri Bottas. He was the winner in the 2019 US Grand Prix, and allegedly almost lost his career when he caused a multiple car crash in the Hungarian Grand Prix.

This issue was immediately shrugged off when his team, Mercedes-AMG Petronas F1 Team, officially announced that they extended their agreement with Bottas this season. Don’t miss him, because rumors have been circling around about how this could possibly be his last season, as he will soon retire from racing.

The 2022 FIFA World Cup will probably be the biggest highlight of all sporting events next year since the World Cup is a quadrennial international championship. This means the competition only happens every four years because its qualification phase occurs within the preceding three years. 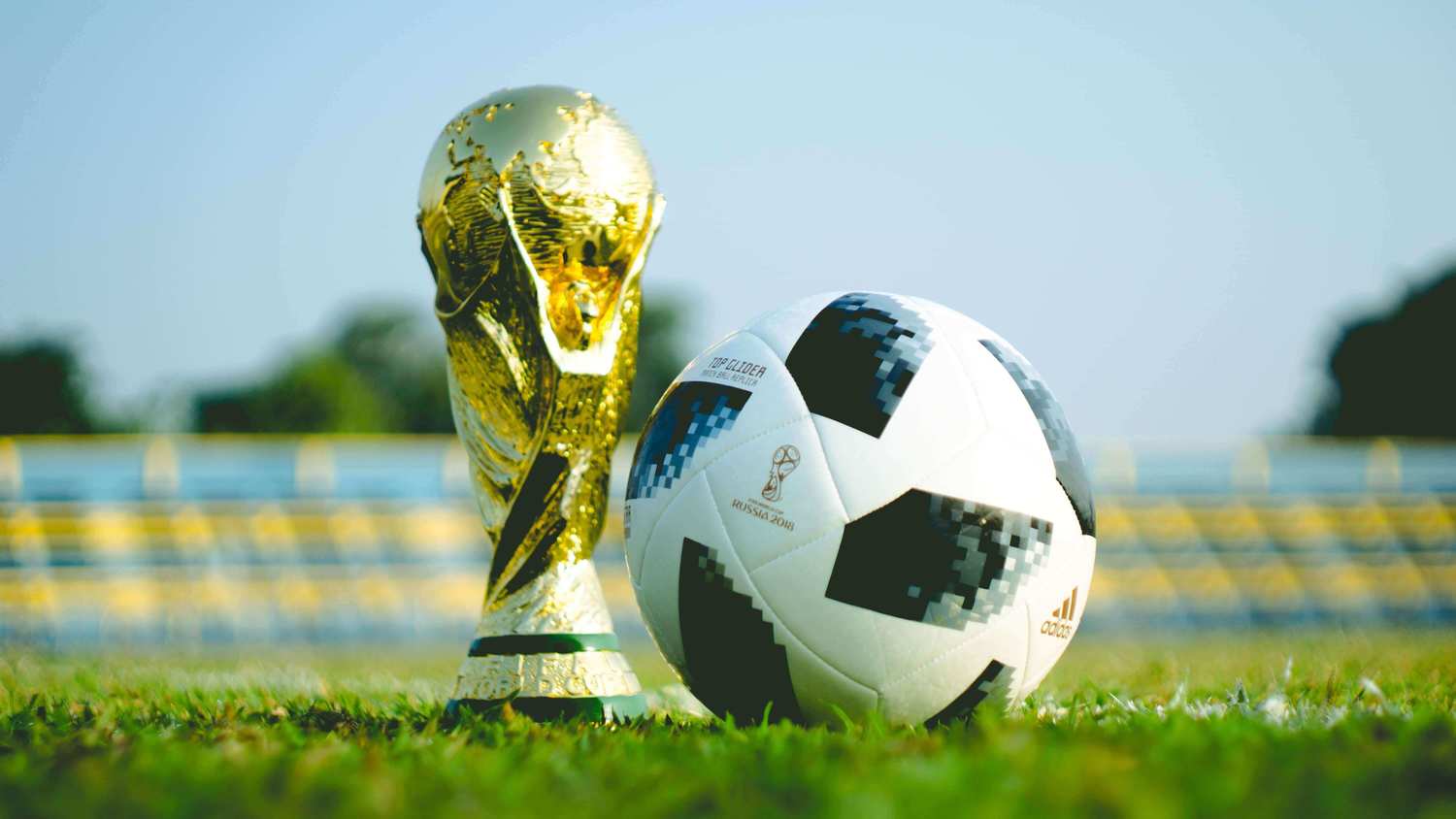 Currently, the qualification phase is still ongoing, with the top scorers coming from Japan and UAE, so far, according to the official website of FIFA. After that, only 32 teams will get to fly to Qatar to play in the tournament phase.

Next year’s World Cup is such a big deal because it will be the first-ever World Cup that will be held in an Arabic country, and only the second in Asia. On top of that, it will also be the last tournament that will qualify 32 teams because the 2026 World Cup will then have 48 teams.

That’s not all, this world cup will also be the first tournament that will not occur during the summer because of Qatar’s intense summer heat.

Brazil has the most World Cup wins so far. However, France is the reigning champion of the previous tournament. Unfortunately, the Philippines has never qualified for the FIFA World Cup, but that shouldn’t stop you from supporting your favorite football/soccer teams or players.

If you’re a soccer fan, you shouldn’t be surprised to see Brazil in the competition, even if they lost to Argentina in the Copa America finals. France is also showing great promise, with their team having world-class stars like Kylian Mbappé, N’Golo Kanté, and Eduard Camavinga to name a few.

England is also showing good results as seen in the Euro 2020. However, they’re having some concerns about the conservative style of the team’s manager. Of course, Argentina has also become a crowd favorite, especially since its team captain is the internationally recognized, Lionel Messi. You can expect them to have a confidence boost from winning Copa America.

The Winter Olympics is one of the most major international multi-sport events that is also held only once every four years. Its last event was in 2018, so that means we’re up for the next Winter Games, which will be held in Beijing and neighboring towns of the Hebei province.

A lot of firsts are happening in sports right now, with Beijing 2022 being the first Winter Olympics that will happen in China. On top of that, Beijing will also be the first city to host the Summer and Winter Olympics.

The city will use the existing indoor venues that they built for the 2008 Summer Olympics and the Beijing National Stadium for the opening and closing ceremonies. Beijing also announced that their venues will be running completely on renewable energy. This helped the country to reduce costs down to an estimated 3.9 Billion USD, from the 43 billion they spent on the 2008 Summer Olympics.

Some of the Filipino winter Olympians you should watch out for are Alisson Perticheto for Women’s Singles Figure Skating. The first-ever Southeast Asian figure skater to ever qualify in the Winter Games, Michael Martinez. Finally, Julian Macaraeg, the first Filipino to represent the country in the Winter Youth Olympics, will represent us again for Short Track Speed Skating.

Of course, our list wouldn’t be complete without the annual NBA All-stars event. The 2022 All-stars will be the 70th and will be hosted at the Rocket Mortgage FieldHouse by the Cleveland Cavaliers.

Cleveland hasn’t hosted the All-Stars since 1997, so you can expect the Cavaliers to play their hearts out for next year's matches. On top of that, the city that hosts the NBA All-Stars is such a big deal because it produces such a large positive economic impact on the host region. 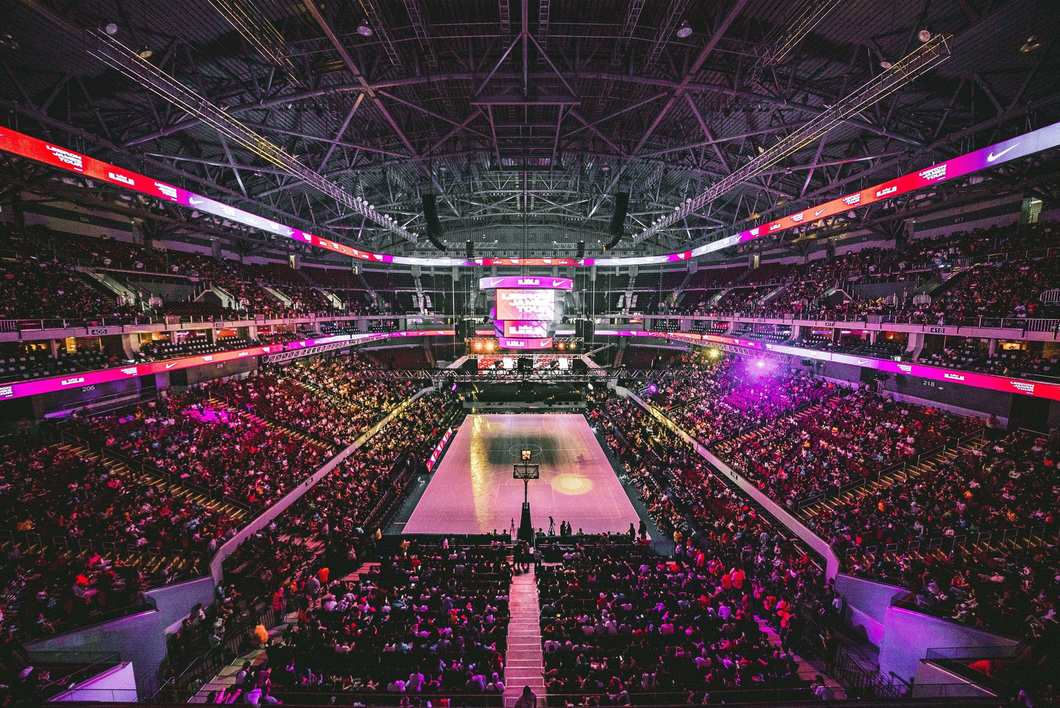 Last year, the Milwaukee Bucks won the NBA Championship against the Phoenix Suns. This is their first title in 50 years, with Giannis Antetokounmpo winning All-Star MVP honors. He set the record for most attempts without any miss and scored 35 points on his 16 out of 16 shots. So, don’t be surprised if you see him winning more games in the future.

Enjoy these sporting events right at the comforts of your own spacious living room in a house and lot for sale by Crown Asia!

Related Blog: A Guide to The Euro 2020 and Copa America Finals Happening in July