The Lion City of the South: Why Invest in a Property in Sta. Rosa Laguna?

In the Philippine province of CALABARZON (Calamba, Laguna, Batangas, Rizal, Quezon), Santa Rosa, Laguna is a city that is rapidly expanding. Santa Rosa, a first-class component city in Laguna, the Philippines, is quickly rising to the top of the list of locations for real estate investors. A condo in Laguna does in fact draw investors from all around the world due to its potential overall and prospective advancements.

It is not surprising that many Filipino families are starting to consider Sta Rosa, Laguna as a place to establish a home given its proximity to corporate centers. Sta. Rosa, Laguna has often been at the top of lists of desired ideal sites for vertical and horizontal developments. 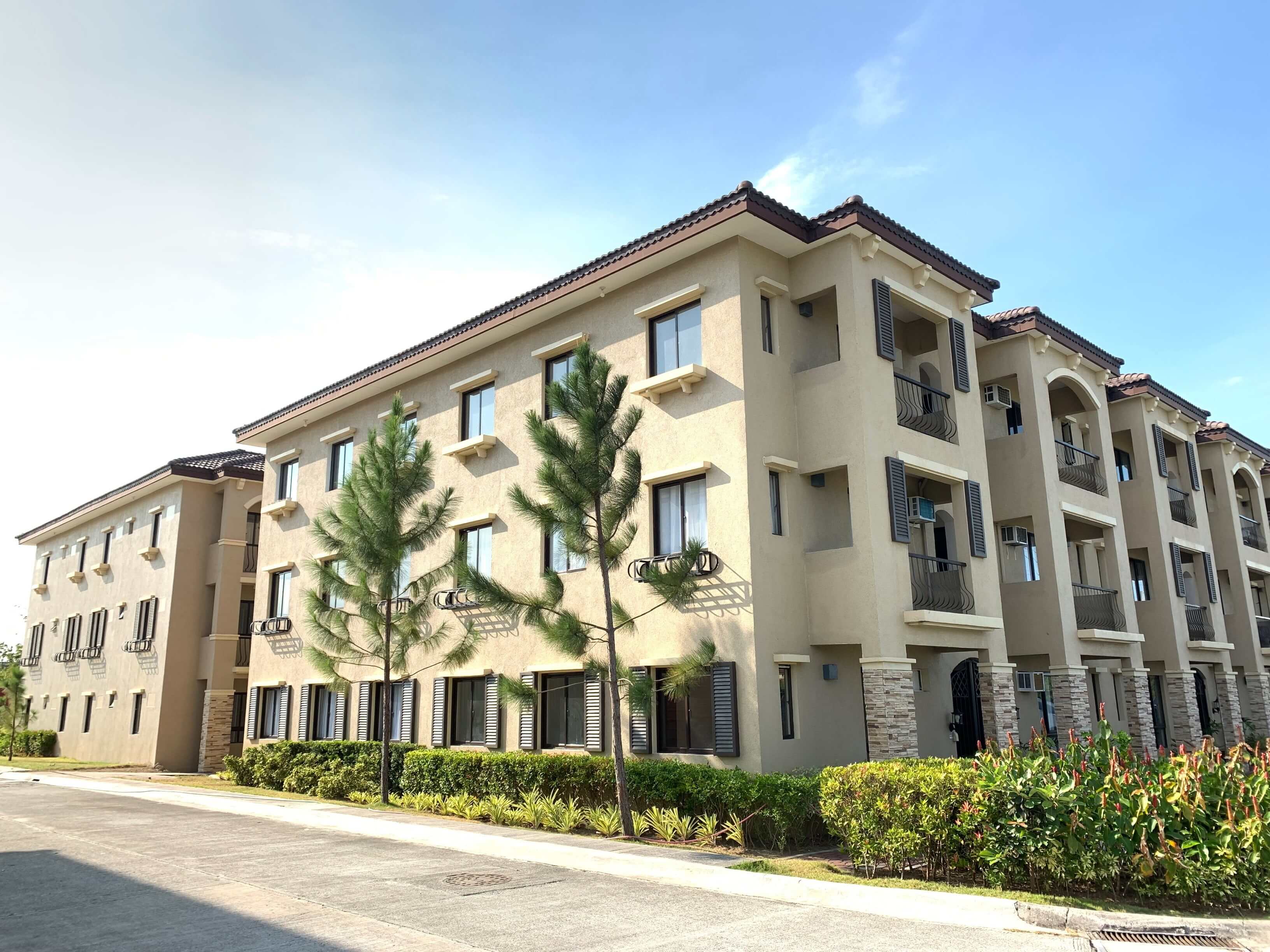 Sta. Rosa City in the province of Laguna enjoys widespread acclaim thanks to the well-known Enchanted Kingdom and an influx of commerce from major enterprises. It is a popular alternative for newly-formed families that want to escape the hectic and dirty lifestyle of the huge metropolis thanks to its convenient position an arm's reach away from the National Capital Region (NCR).

It may not be home to huge, scorching rivers or boast of thundering waterfalls or cascading vistas. Exactly Santa Rosa City's cultural and historical legacy more than makes up for any natural wonders that it lacks.

Why invest in a property in Sta. Rosa Laguna?

You have a lot of options for where to reside, but selecting a condo in Laguna is a wise decision. Purchasing real estate in Sta. Rosa is a wise investment, and in this post, we'll discuss why you should put money into a location like Sta. Rosa, Laguna. 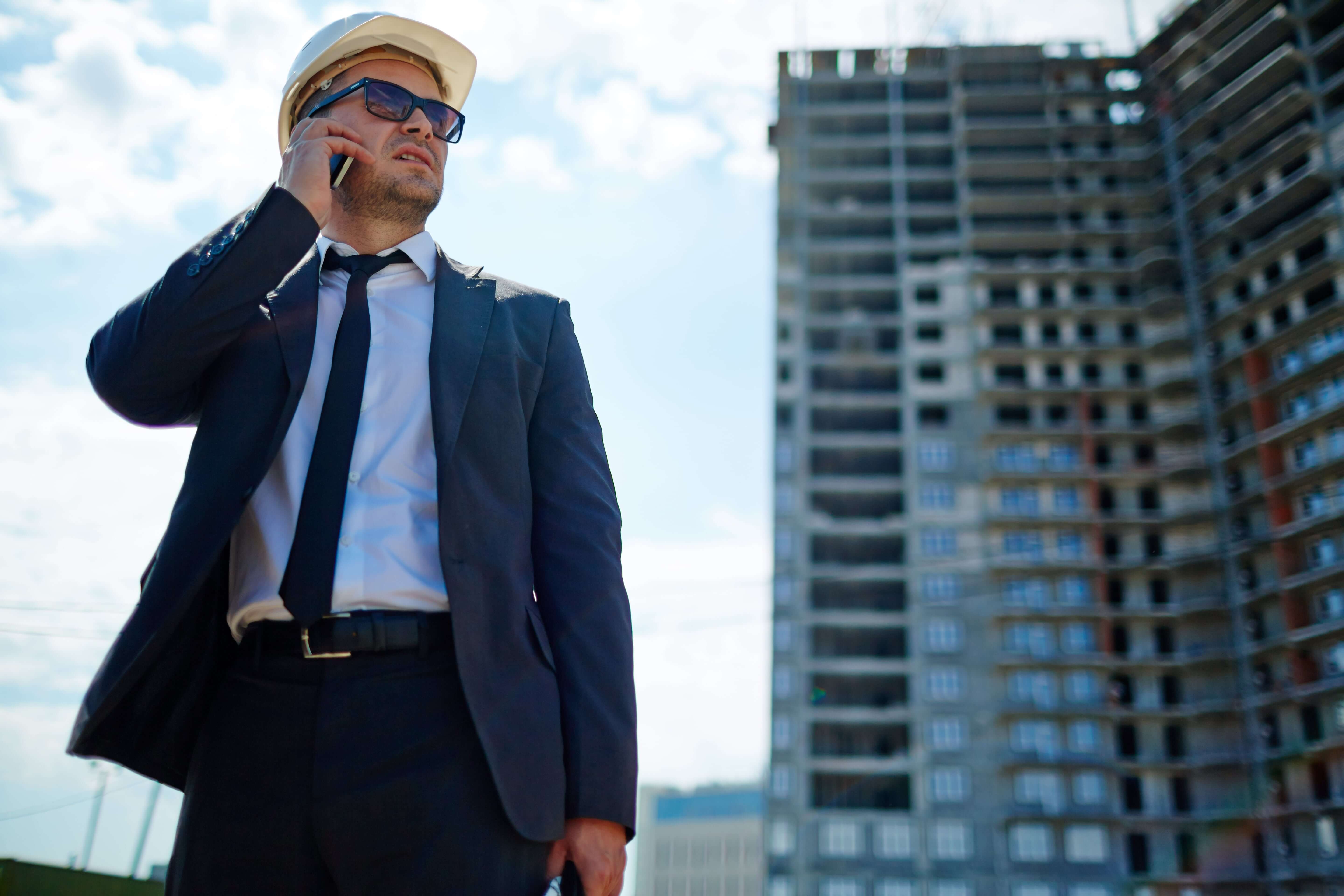 Sta. Rosa, Laguna is regarded as a first-class city in the province of Laguna. It is unquestionably in the running to be one of South Luzon's fastest-emerging municipalities. In Sta. Rosa Laguna, you can find well-known corporate names like Toyota and Coca-Cola. What's more amazing about this area is that, until recently, it was known for its opulent housing constructions by the many realtors, increasing its notoriety as a developing commercial center. Sta. Rosa Laguna is not Sta. Rosa Laguna without the Enchanted Kingdom, a well-known theme park just a couple of minutes away from a condo in Laguna or a house and lot for sale in Santa Rosa Laguna. Regarding annual income, this city is likewise the richest outside of Metro Manila and commercial establishments flock to the city.

For the typical Filipino family, owning a home is a significant milestone. It resembles beginning a new family or moving abroad to start a new work. Being able to construct your own home over an owned lot is a sign of accomplishment.

Therefore, purchasing a property for sale in Sta. Rosa Laguna might be one of your greatest options if you want to make your family proud. If you're looking to invest, Crown Asia’s upscale development and only development with both premium house & lot - Valenza, and Condo - Valenza Mansions all in one address are both excellent options. 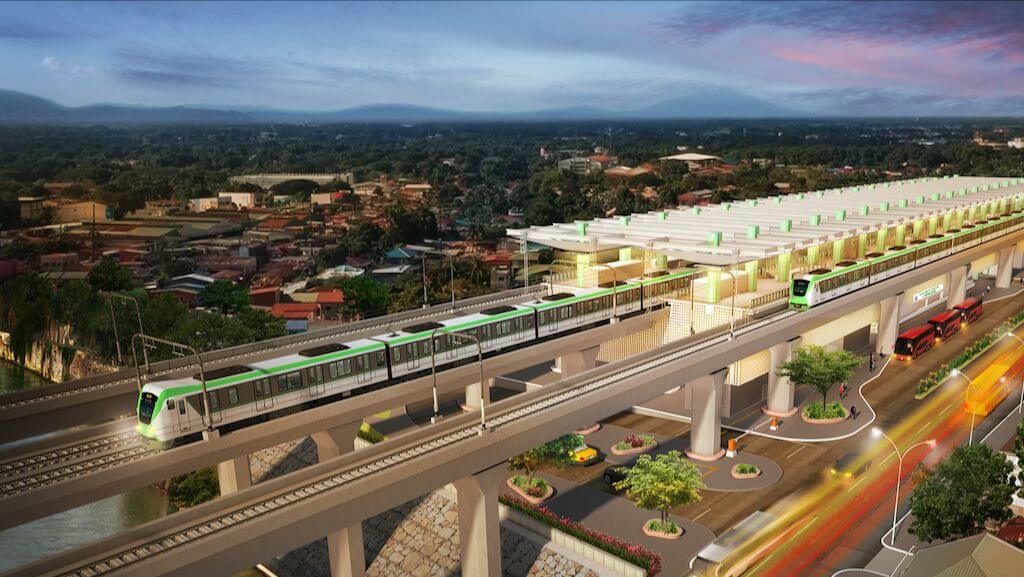 With the addition of the south commuter railway. When you're choosing a place to stay, it is beneficial to be practical. But buying a lot for sale or a condo in Laguna is still a smart move if you're thinking about starting a family or simply prefer the serenity and open spaces of the province.

While obviously not as close to major business districts as, say, Mandaluyong or Pasig, Sta. Rosa Laguna still offers fairly easy access to the rest of Metro Manila through the Skyway Extension. Being able to live in an area that is otherwise relatively more peaceful than the busy Metro Manila, but just close enough to get to work can be considered a blessing.

The practicality of a potential lodging location is important. However, if you'd want to live in luxury with your family or just want a quiet place to call home, consider purchasing a condominium in Sta. Rosa, Laguna It is a huge blessing to be able to stay somewhere that is less hectic than the metro yet still close enough to manage the business process well.

3. An Investment for the long-term 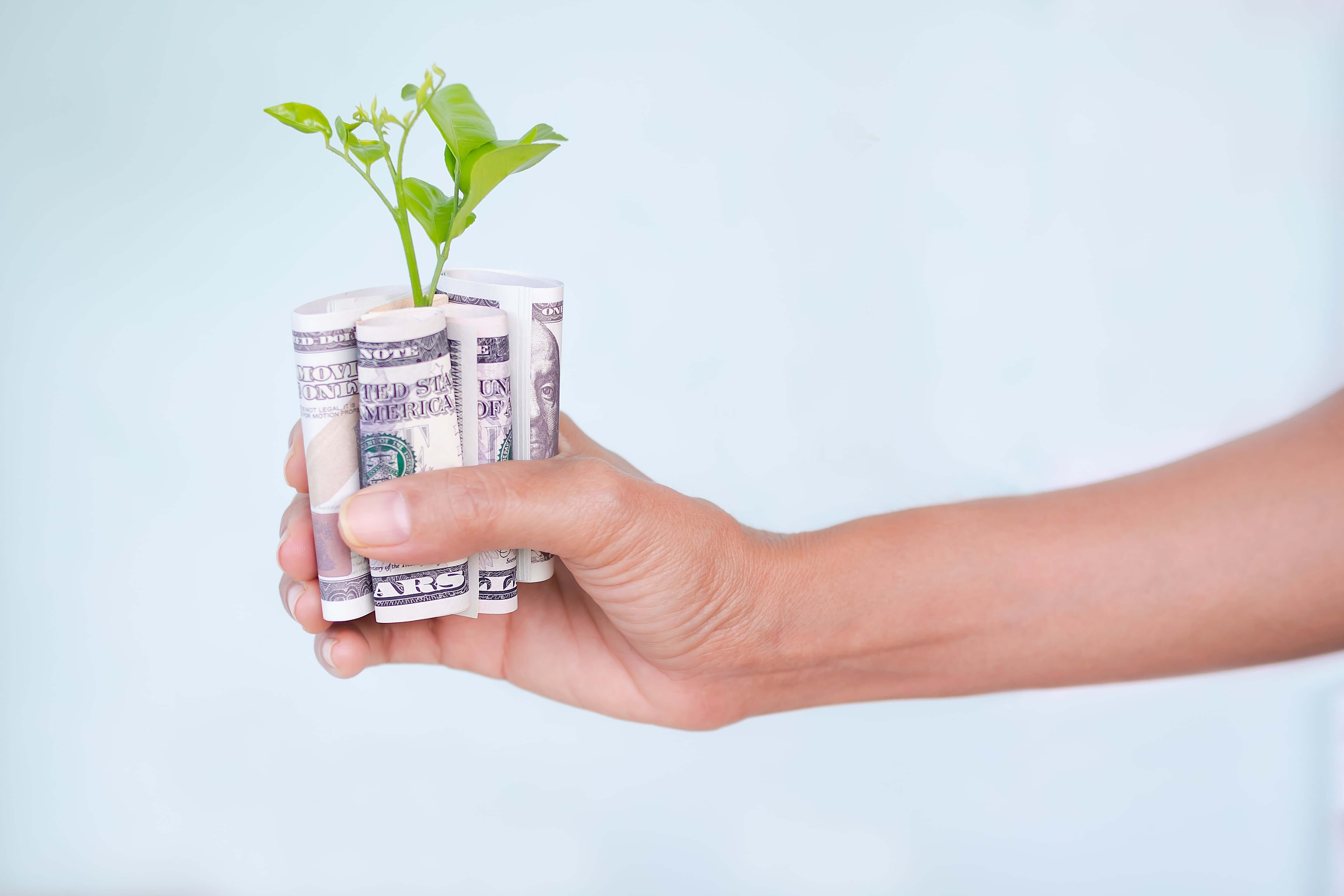 Land, unlike automobiles or any other comparable asset, increases in value over time. Given that the surrounding homes and businesses are what define a land's worth if it's near a school or a general commercial district, its value is likely to increase over the course of a few years. You now have a better-rounded investing portfolio that will safeguard your wealth for many years. The good thing about a Valenza Mansions condo in Laguna is that it is near schools such as Brent International School, De La Salle Canlubang, Don Bosco College, Xavier School, Miriam College, St. Scholastica's College, and the under-construction UST Sta. Rosa campus.

The potential benefit of providing your family with a quality home to grow into goes beyond investment portfolios and financial security. You will be transmitting this sense of exclusivity, accessibility, and safety to future generations as the years go by and your family expands.

Land is the best long-term real estate investment you can make, followed by houses and commercial structures. In as little as ten years, buying land in the ideal location at the ideal price can yield a spectacular return due to price appreciation.

It is a hands-off investment that costs little to buy and care for. There are only so many vacant plots of land we can create. You can receive a significant return on your long-term investment if you decide to invest in land that is on a growth trajectory.

Land Appreciates in Value Due to supply and demand, land values rise every year. Buy land, as Mark Twain once said.

Laguna is a fantastic alternative for someone who is accustomed to living in Metro Manila, where his friends, family, and even his place of employment are located. You can travel back and forth more easily because Manila is only 45 minutes away. On the other hand, Tagaytay is one step closer to Sta. when you want to unwind and unwind in a cooler environment. Rosa, Laguna is a destination where you can take a quick journey. It's good to know that Sta. Rosa, Laguna is situated between the two towns. Isn't that astounding?

Calamba City Laguna is very well connected to other cities and areas because of its current infrastructure and roadways. Some examples include:

In the Laguna socio-tourism and industry sectors, Calamba City likewise has a lot of room for expansion and improvement. To support Laguna's economic growth, the Department of Transportation (DOTr) is improving its connectivity and transportation options. 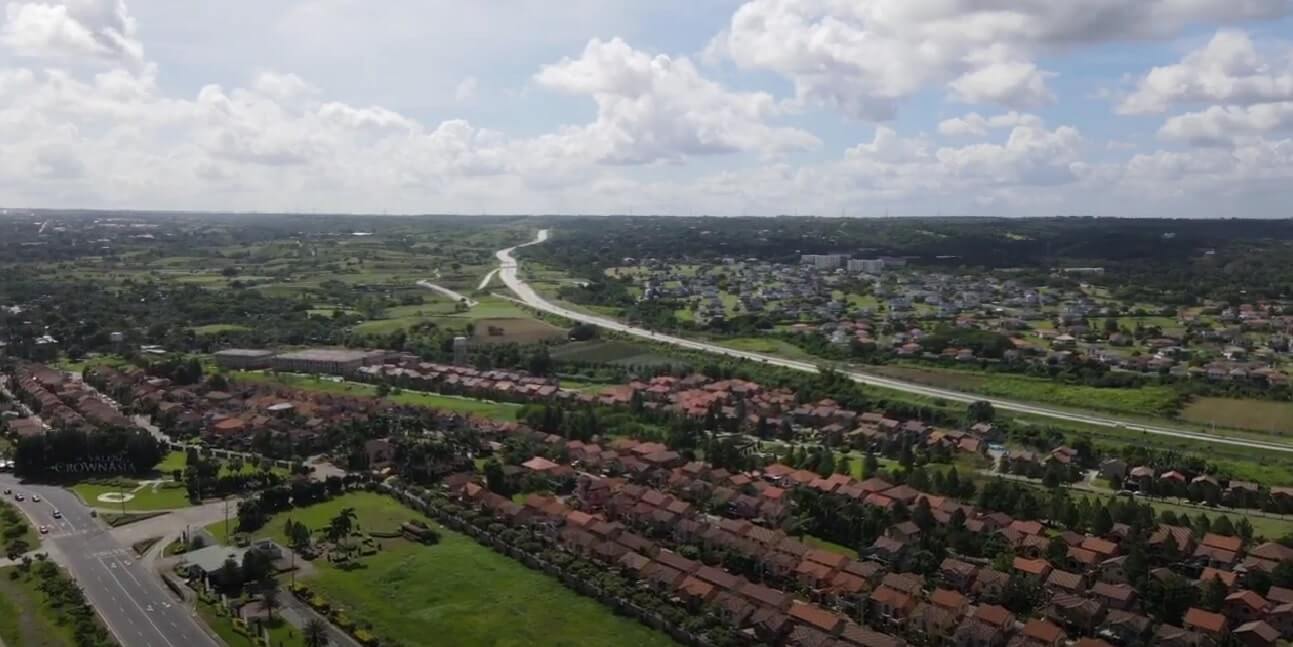 Sub-section 5 of the Cavite-Laguna Expressway opened in August of last year. As stated in Sec. When completed, other portions of the Cavite-Laguna Expressway or CALAX, would be able to accommodate up to 10,000 vehicles per day. Villar can currently accommodate 5,000 vehicles per day being just 5 minutes away from Crown Asia’s upscale development Valenza Mansions.

Read more: Choosing a House and Lot for Sale in Sta. Rosa Laguna