Infrastructures in the South: Connecting Southern Luzon to Manila

As time passes, more people travel to specific regions to either take short vacations or look for a house and lot for sale, primarily in Southern Luzon. However, due to the massive traffic in Manila, travelers choose to take shortcuts or easier routes in order to avoid spending too much time sitting in their cars as well as to arrive at their destination sooner.

With so many people traveling every day, the public is urging the government to implement changes that would make access to the South easier and to construct a wider and additional roads for the growing number of people flocking to the region.

In comparison to the previous six administrations of the country, the infrastructure spending of the Department of Public Works and Highways (DPWH) under Secretary Villar's leadership, has grown by a factor of two. The DPWH's Build, Build, Build program was able to complete public infrastructure projects totaling P2.5 trillion from 2016 to 2020, compared to P820.4 billion from 2011 to 2015, a 209% increase or P1.7 trillion in projects. 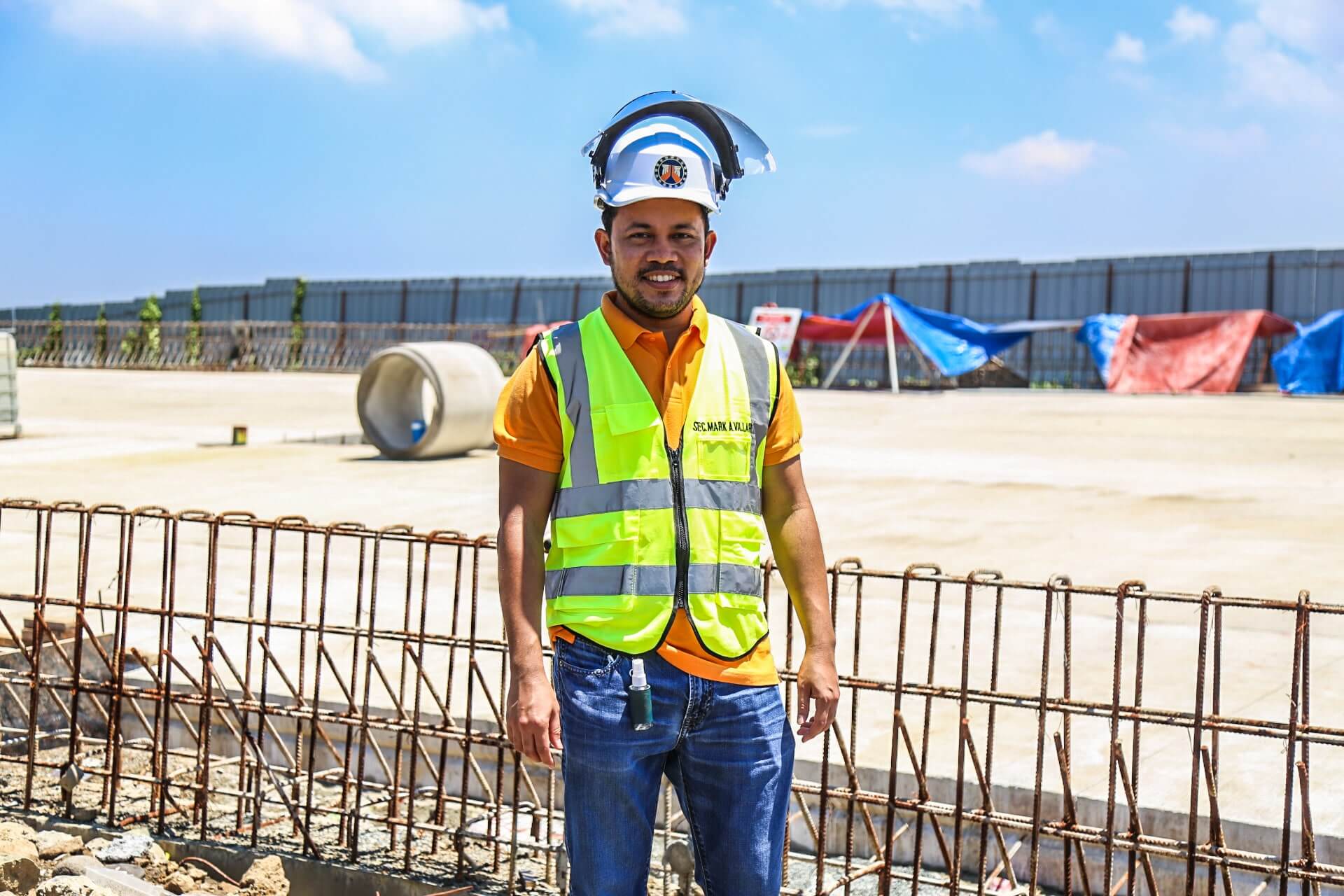 Moreover, Secretary Villar also stated in an article that "Build, Build, Build" is a collective movement that has enabled Filipinos to aspire and work together for a better Philippines, as it will eventually connect 81 provinces, 146 cities, and 1,489 municipalities.

As the DPWH continues to enhance and construct public infrastructure projects, some of which, like the CALAX, SLEX Extension, and the Riverdrive Road, are now being used by the public and are well-known for its convenience when traveling and driving the economy to a better standing by easing the transport of goods and services.

In August 2021, the Cavite-Laguna Expressway (CALAX) Sub-section 5 from Silang East Interchange to Sta. Rosa-Tagaytay Interchange in Cavite Public Works opened, wherein a ceremonial opening was also led by DPWH Secretary Mark Villar. This project aims to shorten the travel time between CAVITEX and SLEX to only 45 minutes once it is fully operational, minimizing traffic congestion along Governor's Drive, Aguinaldo Highway, and Sta. Rosa-Tagaytay Road, which is heavily crowded and is supporting national development policy by providing efficient transportation for economic zones in Cavite and Laguna provinces. 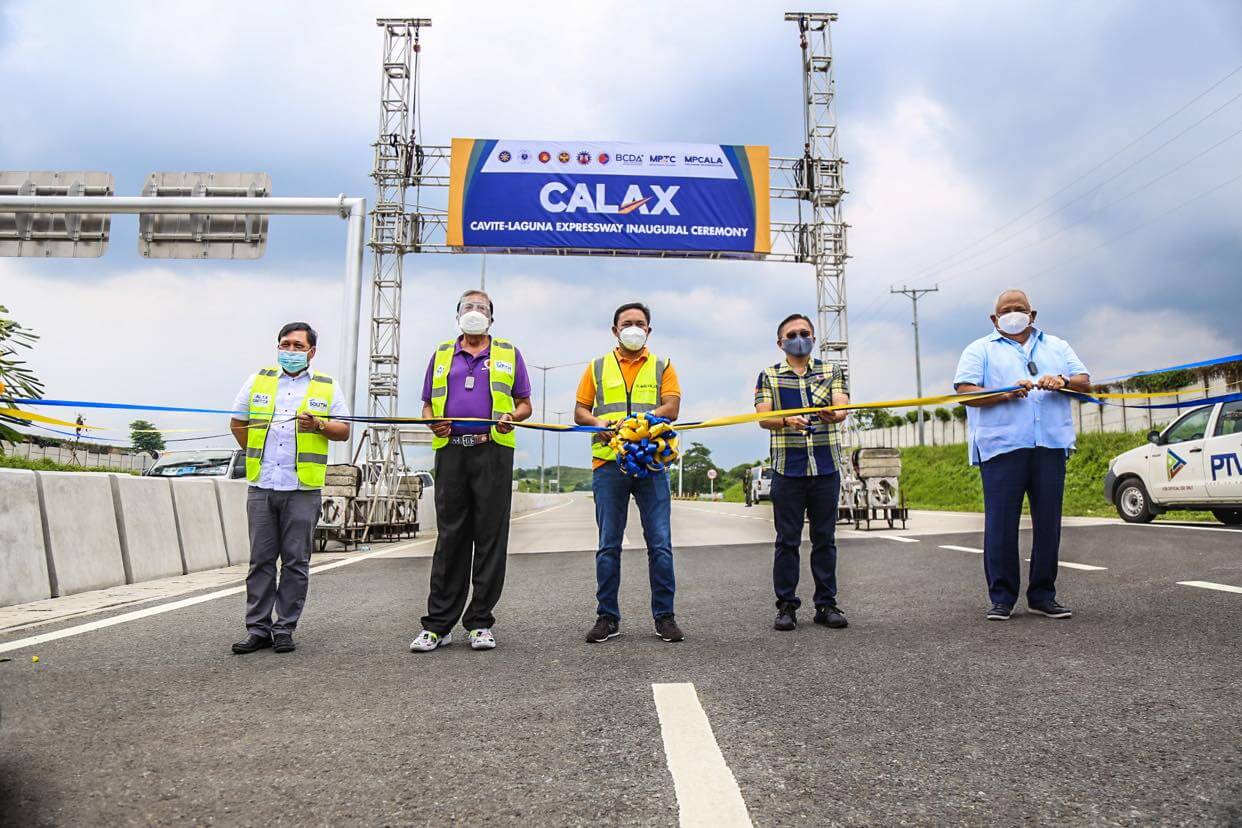 According to Secretary Villar, the 5.14 km sub-section will be able to accommodate around 5,000 motorists per day, in addition to the approximately 10,000 who utilize the CALAX subsections 6, 7, and 8 from Sta. Rosa to Mamplasan.

The project is divided into two segments: Laguna, which spans 10.7 kilometers between Mamplasan Entry and the Santa Rosa-Tagaytay Interchange; and Cavite, which stretches 35 kilometers from Kawit, Cavite, and passes through the Imus Open Canal, Governor's Drive, Dasmariñas, Aguinaldo Highway, and Silang. Furthermore, the Laguna segment was completed in February 2020, while Cavite is expected to be finished by 2022.

As a result of this convenient access, homebuyers and residents can now easily search for numerous house and lot for sale in the area, including Crown Asia's well-known properties: Valenza and Valenza Mansions.

Valenza Mansions is a 2.5-hectare enclave within the massive 22-hectare Valenza community, designed to provide a well-balanced lifestyle for the upscale market. This is Sta. Rosa's first premium mid-rise condominium development,  and  the only one enclosed within a vibrant, gated, and highly secured community. 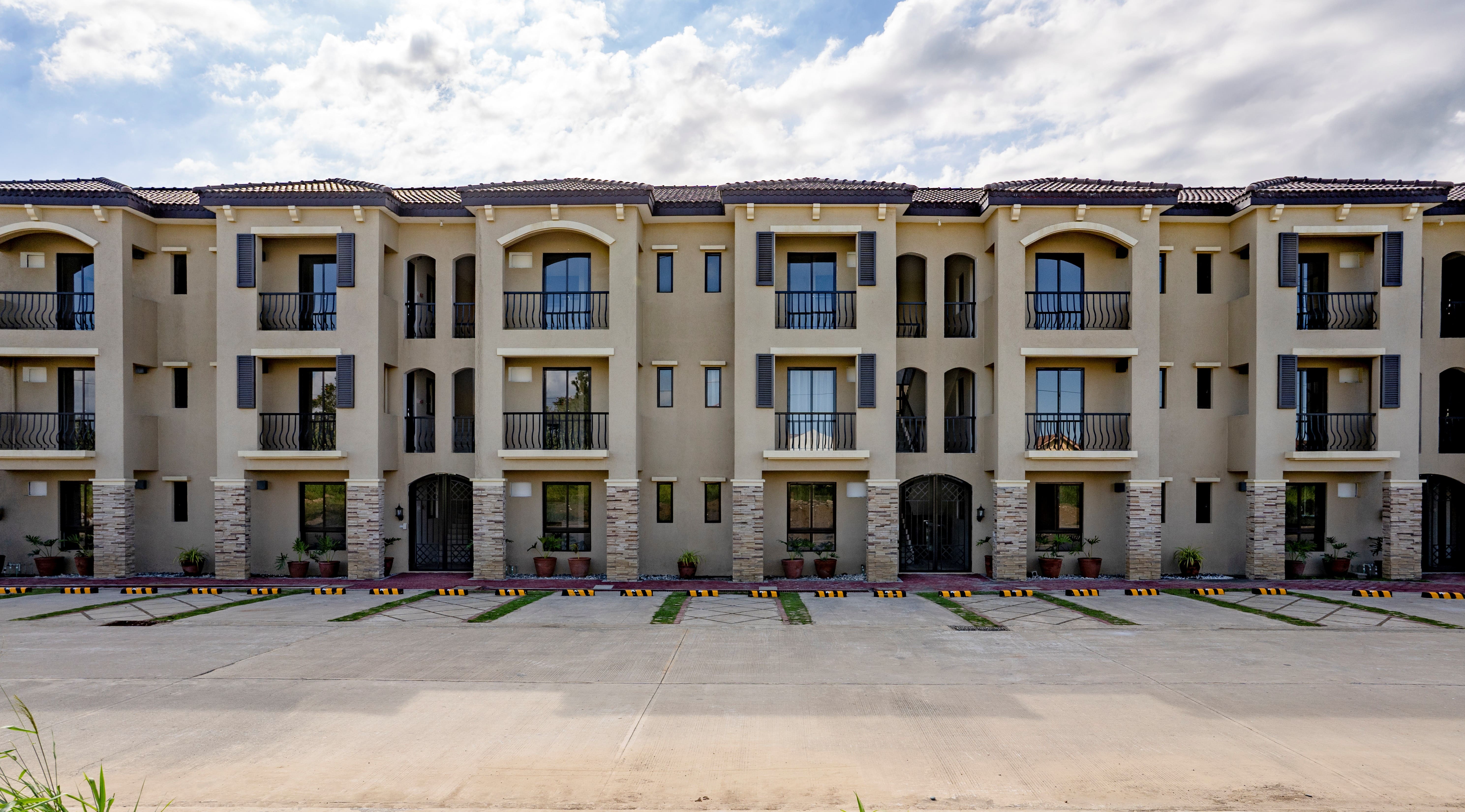 Valenza, on the other hand, is a residential community that offers a house and lot for sale, and allows residents to live in a peaceful and secure environment while having access to the metro's conveniences. This 22-hectare neighborhood in Sta. Rosa, Laguna is evocative of a charming village in Italy, with an array of spectacular Italian-inspired houses amidst an inspiring neighborhood filled with gorgeous statues, fountains, pathways, and a beautiful garden.

Both communities are accessible through CALAX and SLEX, and they are only 30 minutes away from Tagaytay's cool city.

SLEX Elevated Extension, one of the country's most critical infrastructures 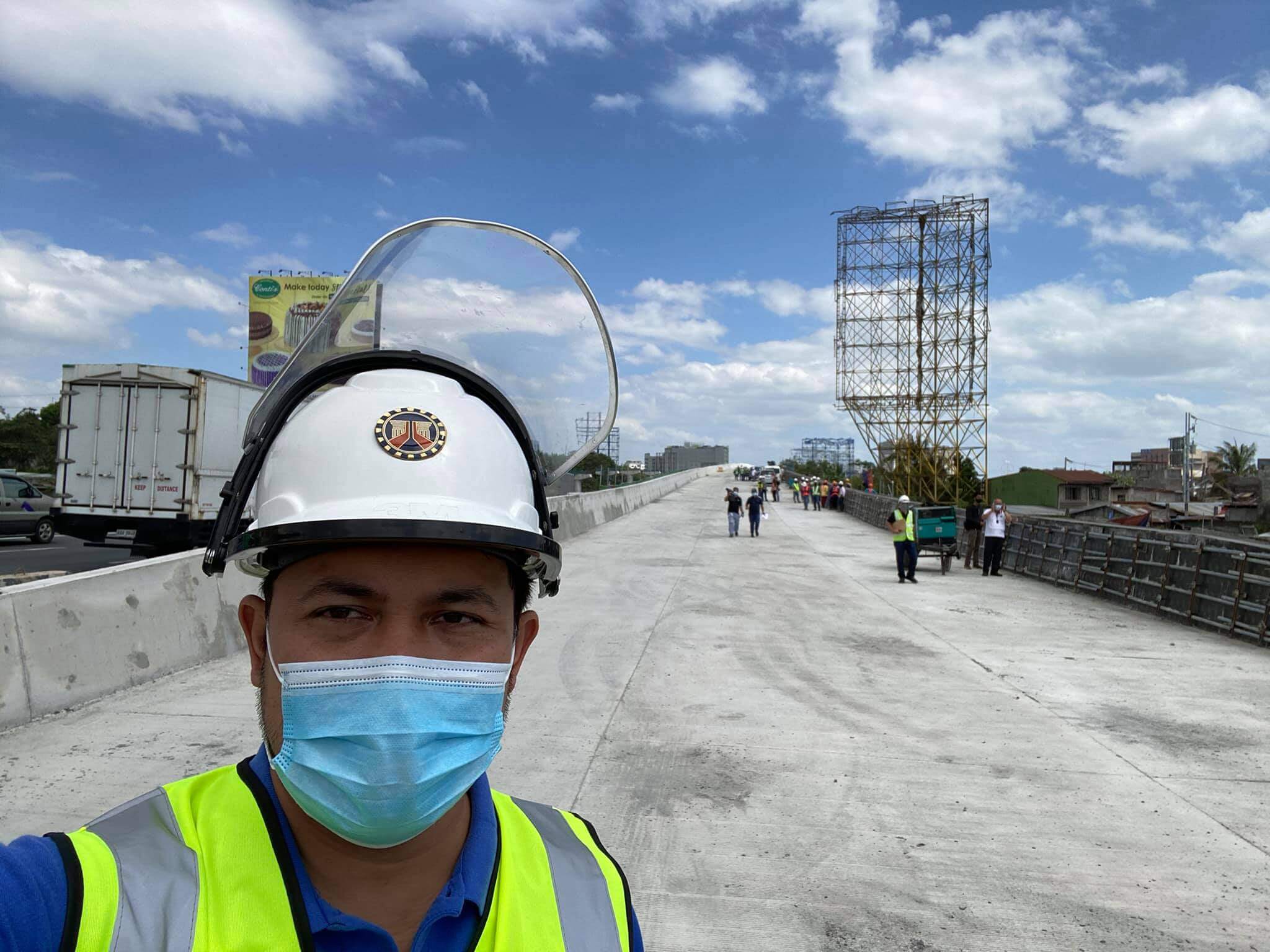 San Miguel began construction on the 4-kilometer, two-lane southbound alignment in December 2021. In which, it improved access to the Alabang urban hub in Southern Metro Manila by connecting the Sucat Skyway system to SLEX in Susana Heights, Muntinlupa.

The new project, as per San Miguel Corp. President and CEO Ramon Ang, can accommodate roughly 200,000 cars per day and will cut travel time between Muntinlupa and Balintawak in Quezon City from two hours to 25 to 30 minutes. Additionally, according to Ang, travel to and from the south is easier and faster than ever now that both the southbound and northbound sections of the SLEX extension are completely functional — making it easy for thousands of motorists who drive home every day to Muntinlupa, Las Piñas, Cavite, Laguna, and Batangas.

The corporation has met its goal of delivering a long-term solution to the Skyway, SLEX, and public highways connecting to and from them. This is partly due to the rising vehicular traffic over the years, as well as bottleneck traffic at the Alabang viaduct.

Because many people travel to the aforementioned provinces on a regular basis, the majority of them are interested in finding their own home by looking for developments that offer house and lot for sale in widely accessible locations. 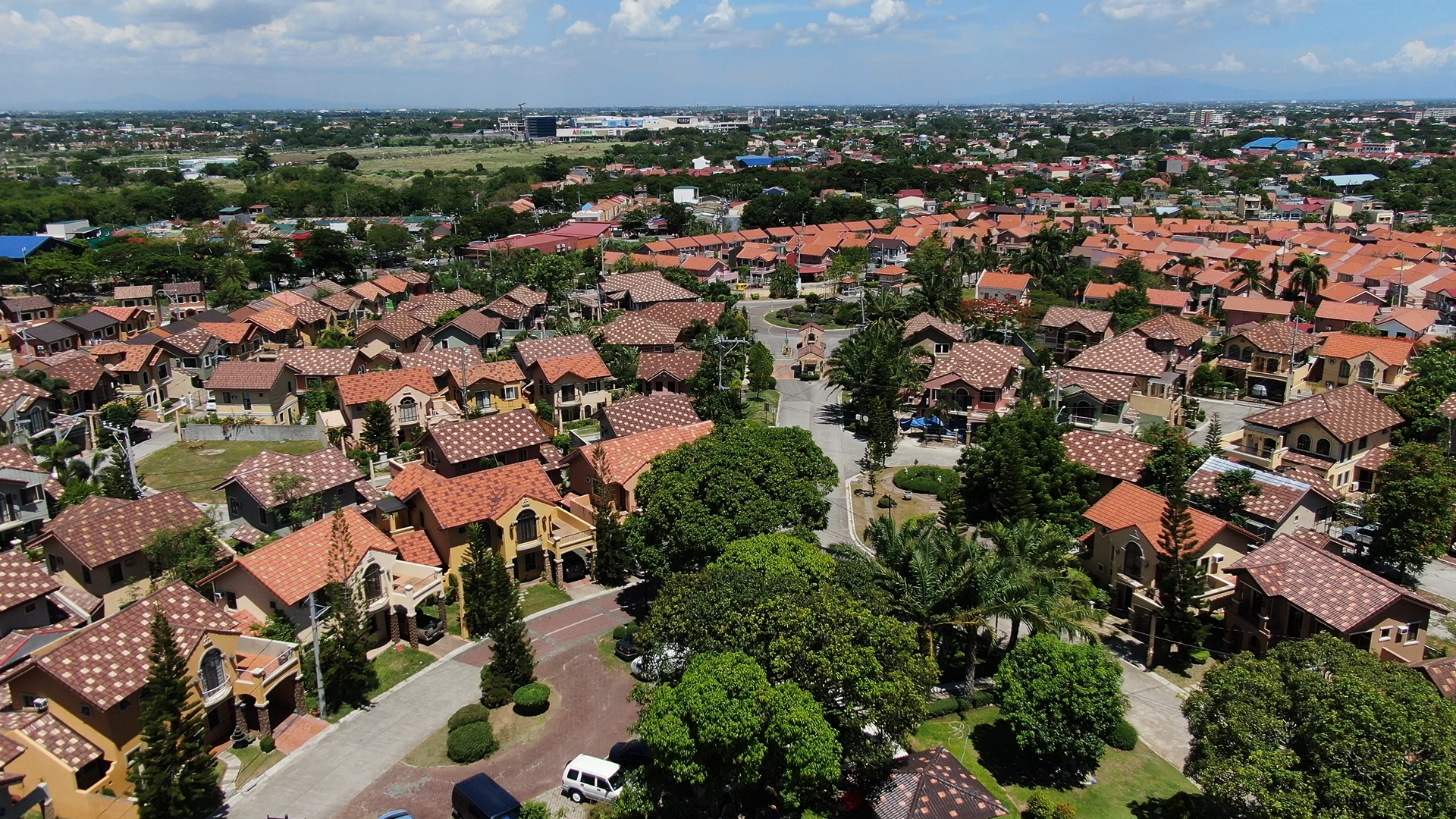 Crown Asia’s Ponticelli located along Daang Hari, is a perfect choice for a home if you want to experience suburban living without compromising the conveniences brought about by urban living. It is also near Evia Lifestyle Center, an upscale lifestyle mall wherein everything you need can easily be bought.

With a quick drive, Ponticelli can have immediate access to the SLEX Elevated Extension — ideal for employees and family relatives who travel to and from the south.

Sen. Cynthia Villar and Las Piñas Rep. Camille Villar led the official launch of River Drive on May 5, 2021, as part of the Department of Public Works and Highways' (DPWH) new road project in Las Piñas to shorten travel time and ease traffic congestion along major roads in the city. 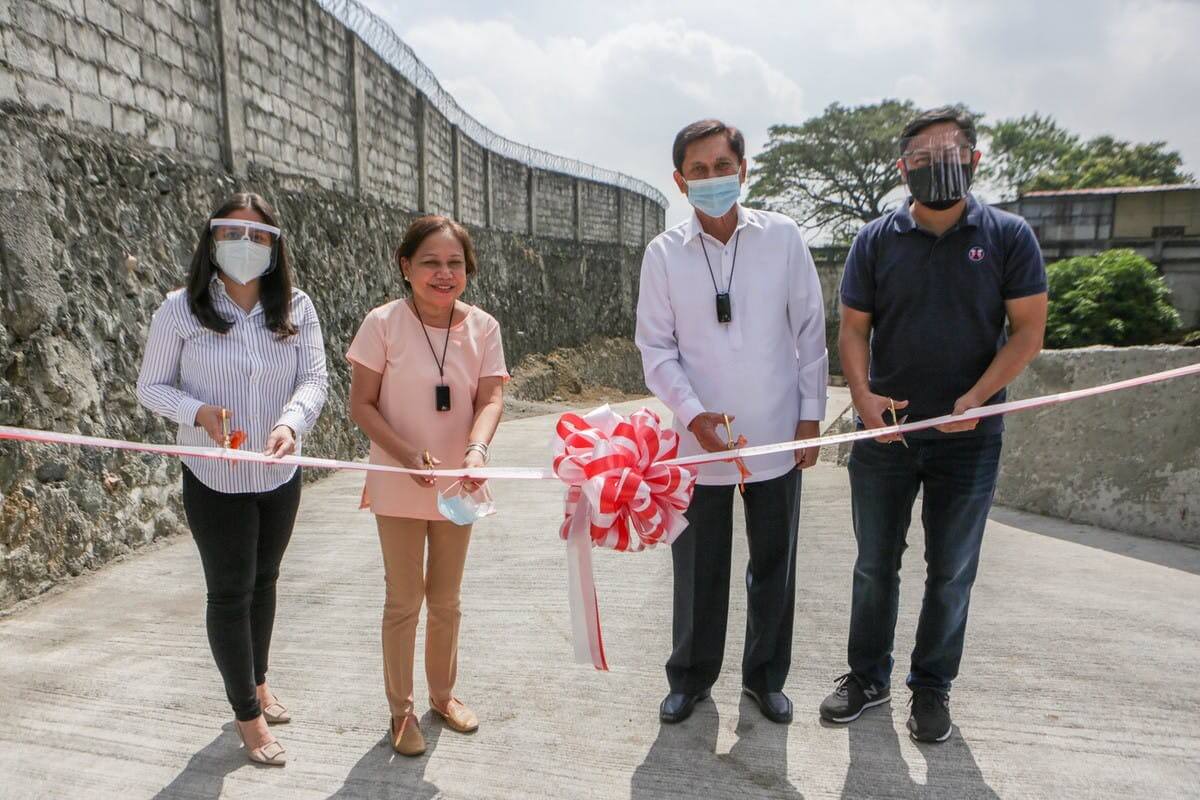 Photo taken from One News

According to the senator, the new road project will reduce travel time from CAVITEX to MCX to 25 minutes. She went on to say that she is well aware of the dreadful traffic that affects Las Piñas residents as well as all motorists and commuters traveling along the Alabang-Zapote Road.

Premium Property near the Riverdrive Road 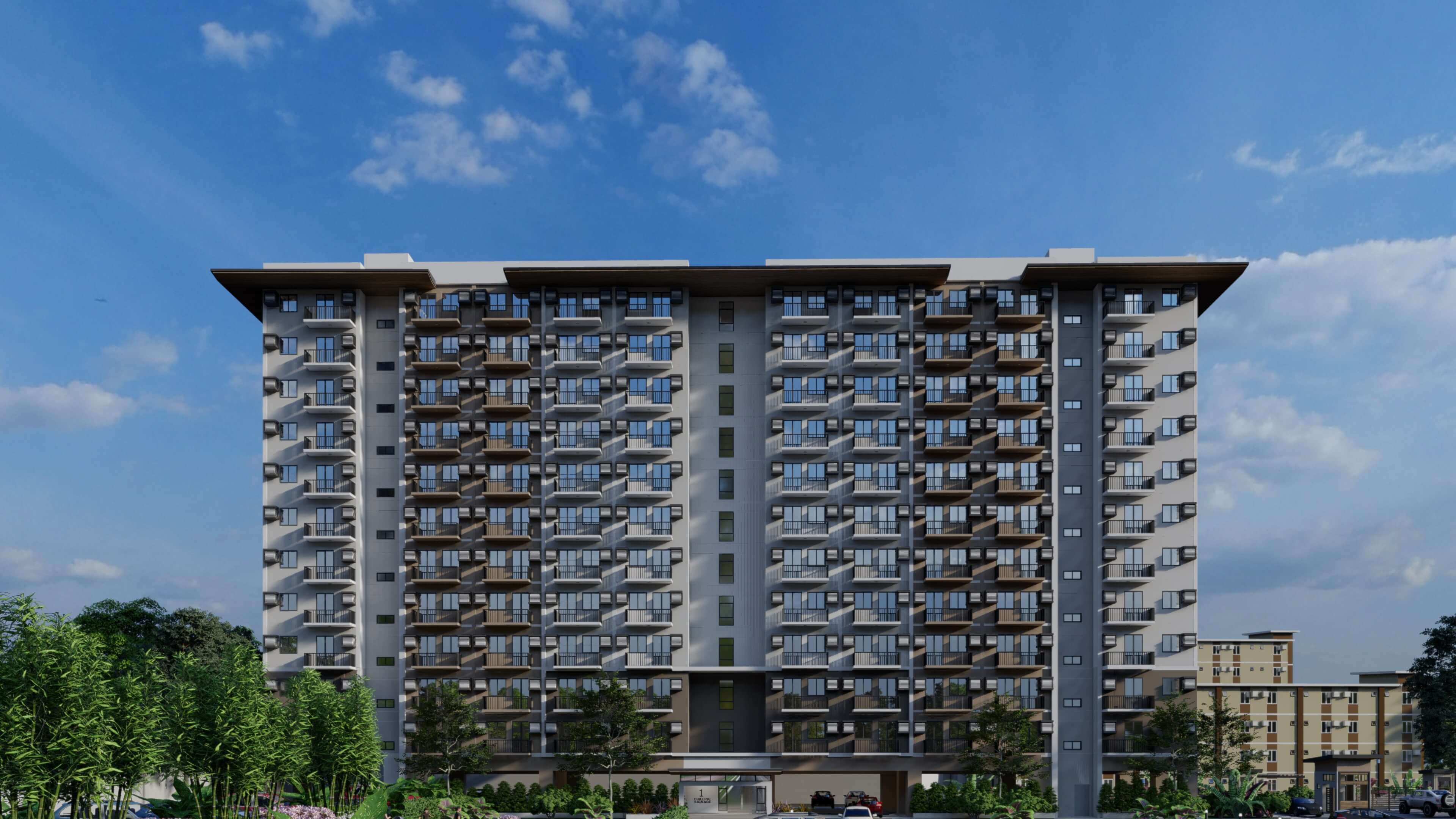 Fortunately, one of the premium developments that homebuyers could check and purchase a property from, is built near the said project. Crown Asia's Hermosa is one of the best condos in the city of Las Piñas since it is adjacent to not only the Riverdrive, but also to NAIA and the Bay Area, where residential units are in high demand. It is a sprawling and verdantly landscaped condominium village complemented by resort-inspired amenities that give a refreshing ambiance to modern city-living. The development is also part of the a master planned community making it a hub for investments.