There is a price one often pays for success. For many, it comes only after many years of long, tedious, and difficult work. For others, it involves separation from loved ones. But success also comes with a prize, and for most, it is worth whatever it took to get there. One of the most aspired prizes for success is a home – and for many, it matters who built it and where it stands. Crown Asia, known as the builder of communities for the nation’s upper-middle-income families and individuals, believes
that the successful deserve a “trophy” home.

Crown Asia is the subsidiary of Vista Land and Lifescapes, Inc. – the Philippines’ largest homebuilder. Since 1995, when the company opened La Marea in San Pedro, Laguna – its first offering – it has been guided by the philosophy that every home and community it builds must be worthy of the success and hard work of its home
owner.

To the Filipino, a home is a big dream. It is the finest gift one can give to one’s self, and to one’s family. For those who work harder than most, as seen in their success, the rewards must be greater as well. This is why its more than 30 development projects – including the regional and vertical developments carrying the
Crown Asia brand – was developed with uncompromised quality. Each home was designed and built with exceptionally high standards and workmanship.

Crown Asia is also known to bring to the country the concept of “themed homes” – transporting lovely places into a community in the Philippines. By creating entire communities that look authentically Italian, Southern, and Northern American, the company has also enhanced the Philippine landscape. To Crown Asia’s master
planners, it was simply another way to reward future homeowners for their perseverance and success.

Carmel in Bacoor, Cavite has a distinct Northern American feel. The Italian countryside, where one can almost breathe in the heady scent of olive and lemon trees, are recreated in many of Crown Asia’s properties: Valenza in Sta. Rosa Laguna, Ponticelli in Daang Hari, Citta Italia and Vita Toscana in Bacoor, Cavite, Amalfi in Dasmariñas, Cavite, and Fortezza in Cabuyao, Laguna, among others. For many of the residents, this is beyond a dream come true. It’s exactly where they wanted to live the rest of their lives.

Even the choice of location must be seen as a “reward” to the residents. Every Crown Asia neighborhood must be accessible and conveniently close to centers for business and leisure, as well as the necessary schools and hospitals. Transportation and main thoroughfares are within reach and some even have a shuttle service to ferry residents around the villages and to transport hubs. Beyond the convenience, such easy accessibility is also seen as a status symbol.

More than locating its properties close to city hubs, yet distant enough to spare its residents the noise and crowding of the metro, Crown Asia is also bringing to the country the global concept of “master-planned communities.” These are communities with all the features that make a city center convenient to live in. Supermarkets, malls, churches, schools, hospitals, and even business centers stand in these modern-day residential complexes making them practically independent.

A wise man once said, “The secret to success is to keep your eye on the reward.” This is the impetus that keeps Crown Asia going, and keeps it searching for better ways of building, designing, and living. The company believes its residents, and residents-to-be, deserve inspired living. 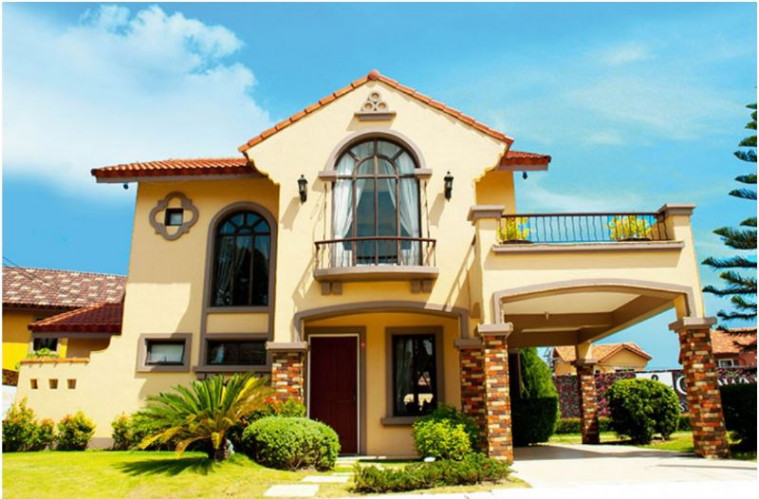