Things you Need to Know about the Lambda Variant

It’s been more than 18 months into the Covid-19 pandemic and the world, unfortunately, continues to have its efforts for normalcy thrown out the window as new variants of the virus continue to show up.

Some mutations of the virus, like the alpha variant or the delta variant, have been more transmissible and therefore more infectious than the previous iterations of the virus. It’s because of these new variants that scientists continue to have trouble with dealing with the virus and nations, like the Philippines, continue to cycle through seasons of lockdown. 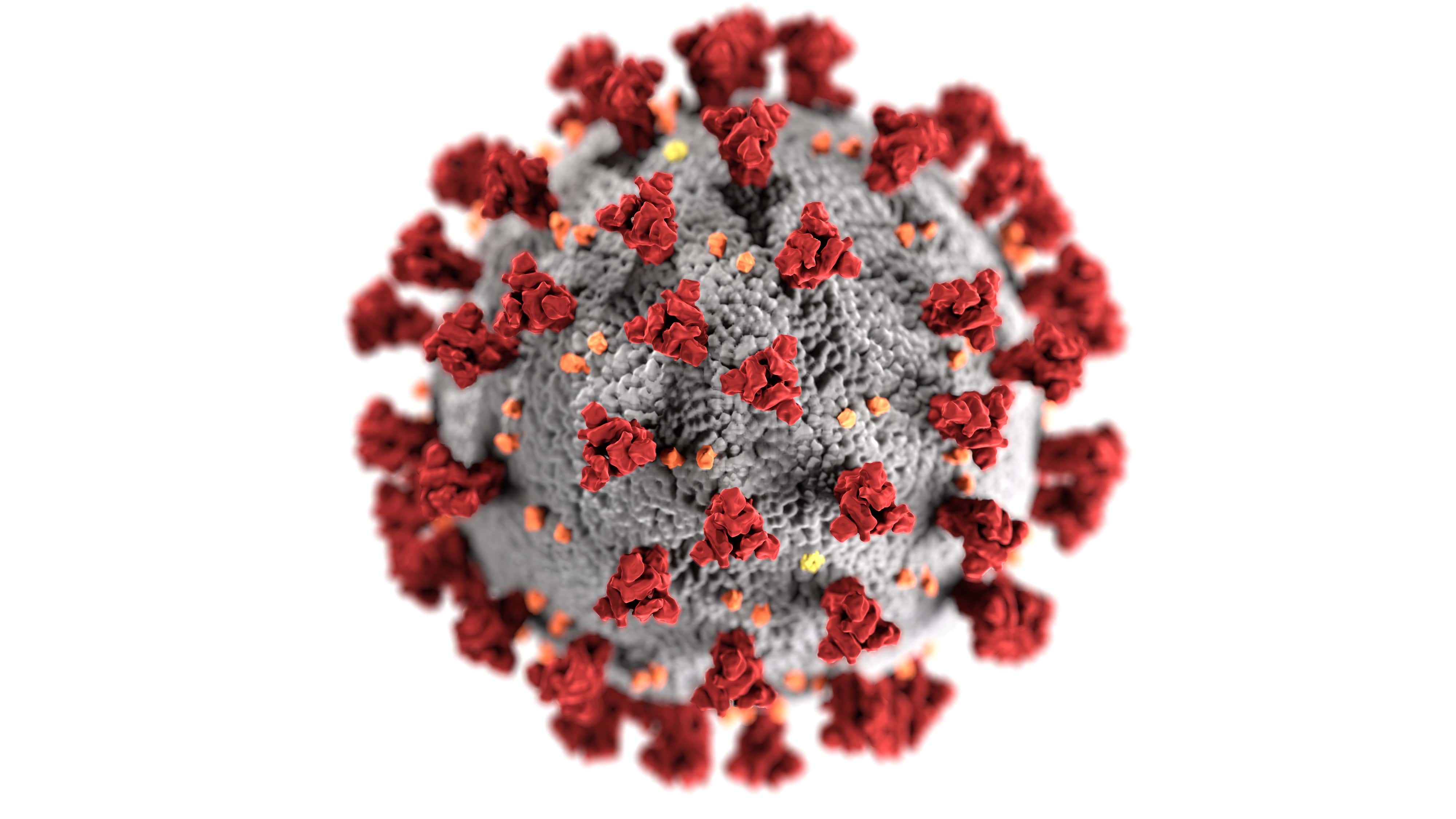 It’s no secret that the world is still contending with the delta variant of the virus, which has recently surpassed the alpha strain in terms of transmissibility and the ability to cause hospitalizations in unvaccinated people, yet despite that, there is now a new variant that scientist continue to monitor: the lambda variant.

Let’s dive into it.

Naming and Finding Variants of COVID 19

There is currently an established nomenclature system where SARS-CoV-2 variants are currently and will continue to be used by both scientists and scientific research. To help with this, the World Health Organization has convened scientists from various working organizations to help with the naming of new variants. Currently, the expert groups have recommended using letters of the Greek Alphabet, such as Alpha, Beta, Gamma, and Delta, which are also conveniently easier and more practical to be discussed by the average person.

When reports of a new variant emerge, WHO quickly springs into action to identify and label the new variants. By definition, a SARS-CoV-2 variant is one with genetic changes that are “predicted or known to affect virus characteristics such as transmissibility, disease severity, immune escape, diagnostic or therapeutic escape and are identified to cause significant community transmission or multiple COVID-19 clusters.” 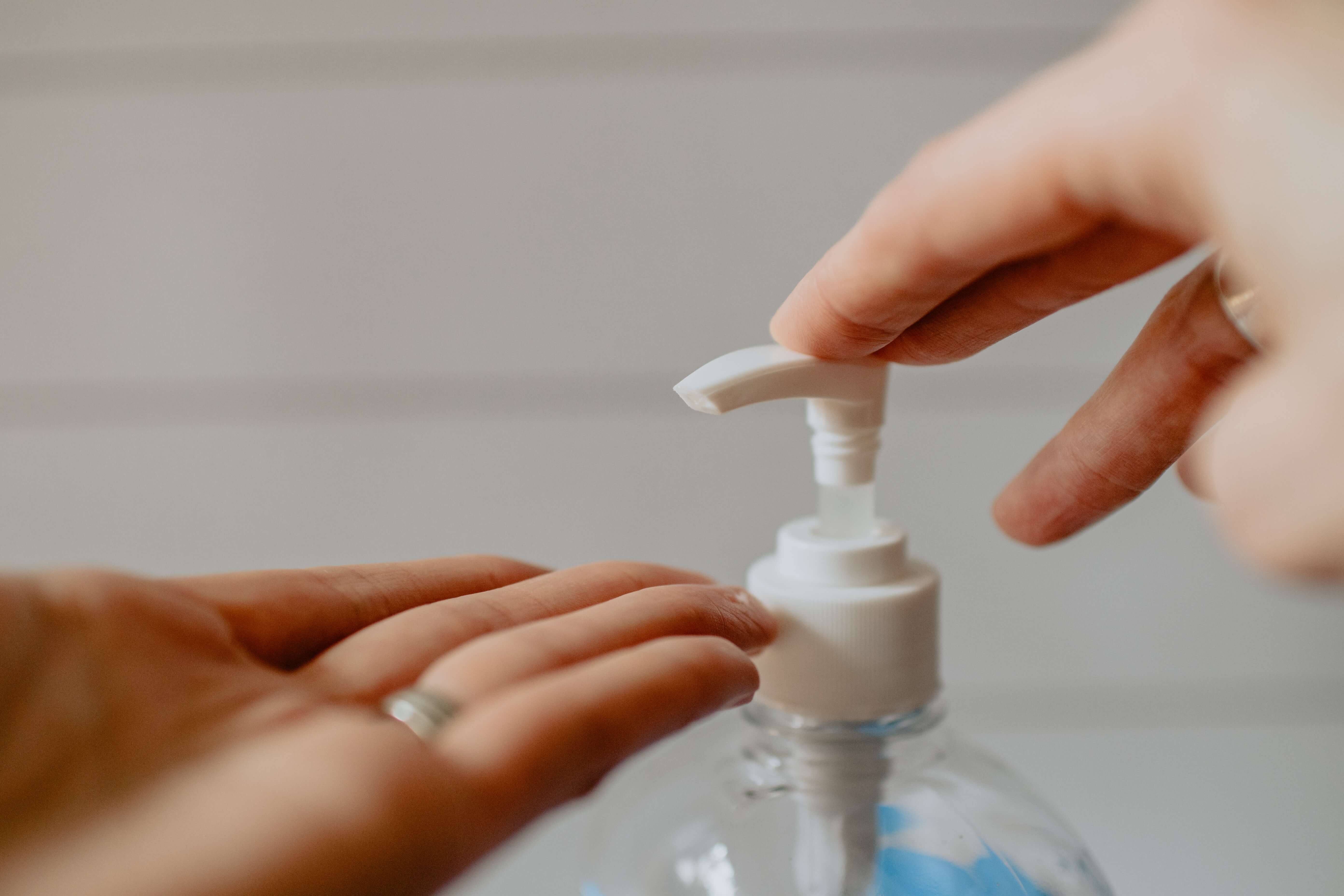 Filling this rubric allows for a variant to be classified as a variant of interest. Now, as soon as this happens, more appropriate public health actions, including enhanced sequence surveillance, enhanced laboratory characterization, and epidemiological investigation to assess how easily the virus spreads to others.

While this working definition of a variant works well for identifying newer variations of COVID strains, it tells us little about variants that need further attention and study, otherwise known as Variants of Concern. A Variant of Concern is a variant that meets the basic rubrics of a variant and has been demonstrated to be associated with one or more of the following:

● Increase in virulence or change in clinical disease presentation

● Decrease in effectiveness of public health and social measures or available diagnostics, vaccines, and therapeutics.

As of right now, the current list of Variants of Concern includes Alpha, Beta, Gamma, and Delta. Variants of Concern provide evidence of an increase in transmissibility, more severe hospitalizations, a significant reduction in neutralization by antibodies, reduced effectiveness of treatments or vaccines, and even diagnostic detection failures.

Notice something interesting missing from the list, though? That’s right, the Lambda variant.

The lambda variant, or “C.37” as the lineage had been called, has been spreading rapidly in South America, most especially in Peru where the earliest documented samples of the virus date all the way back from August 2020.

If you’re wondering why the news had little to tell us about the variant, don’t worry about it. The World Health Organization had initially flagged the variant as a variant of interest on June 14 of this year as cases attributed to the Lambda variant had begun to spread noticeably. 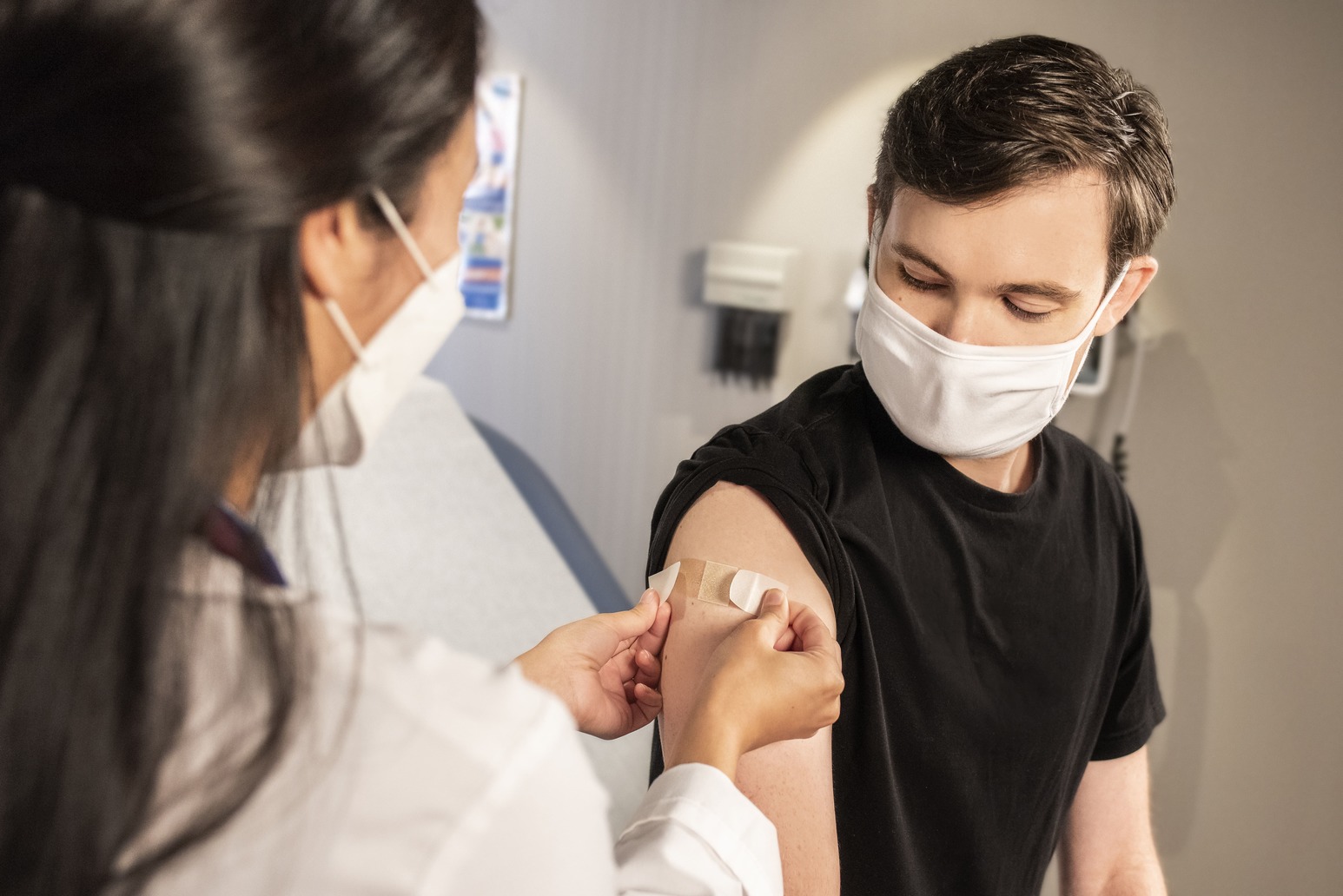 In the WHO report from mid-June, it was said that the “Lambda has been associated with substantive rates of community transmission in multiple countries”.

If you look through the rest of the article, you’ll notice that a lot of the data needs either peer-reviews or further research into the data. Like buying a house and lot in the Philippines, or looking for a house for sale, scientists want to ensure that the data they provide is certain and accurate before they release it.

Where can it be found?

In a June 15 report from the World Health Organization, it was noted that the lambda variant had been detected in 29 different areas, differing countries, territories, and areas - although it admittedly has a stronger presence in South America.

Initially, Lambda infections were relatively rare. However, in recent months, Lambda has become the dominant strain within countries like Argentina, Chile, and Colombia. It had also been identified within the United States but the strain was yet to gain volume and traction. Given that the Lambda variant is well on its way to account for one percent of all infections, it’s a variant well worth watching.

Is it more dangerous?

There’s not much we know yet about the Lambda variant so the WHO and other public health bodies are intensely trying to understand how the variant compares with other strains of the same virus, including whether or not the virus could possibly be more transmissible, dangerous, and more resistance to vaccines.

The specific mutations in the protein spike have been noted as unusual by experts. The WHO said that there is currently limited evidence on the extent of the impact associated with the genomic changes of the Lambda variant. 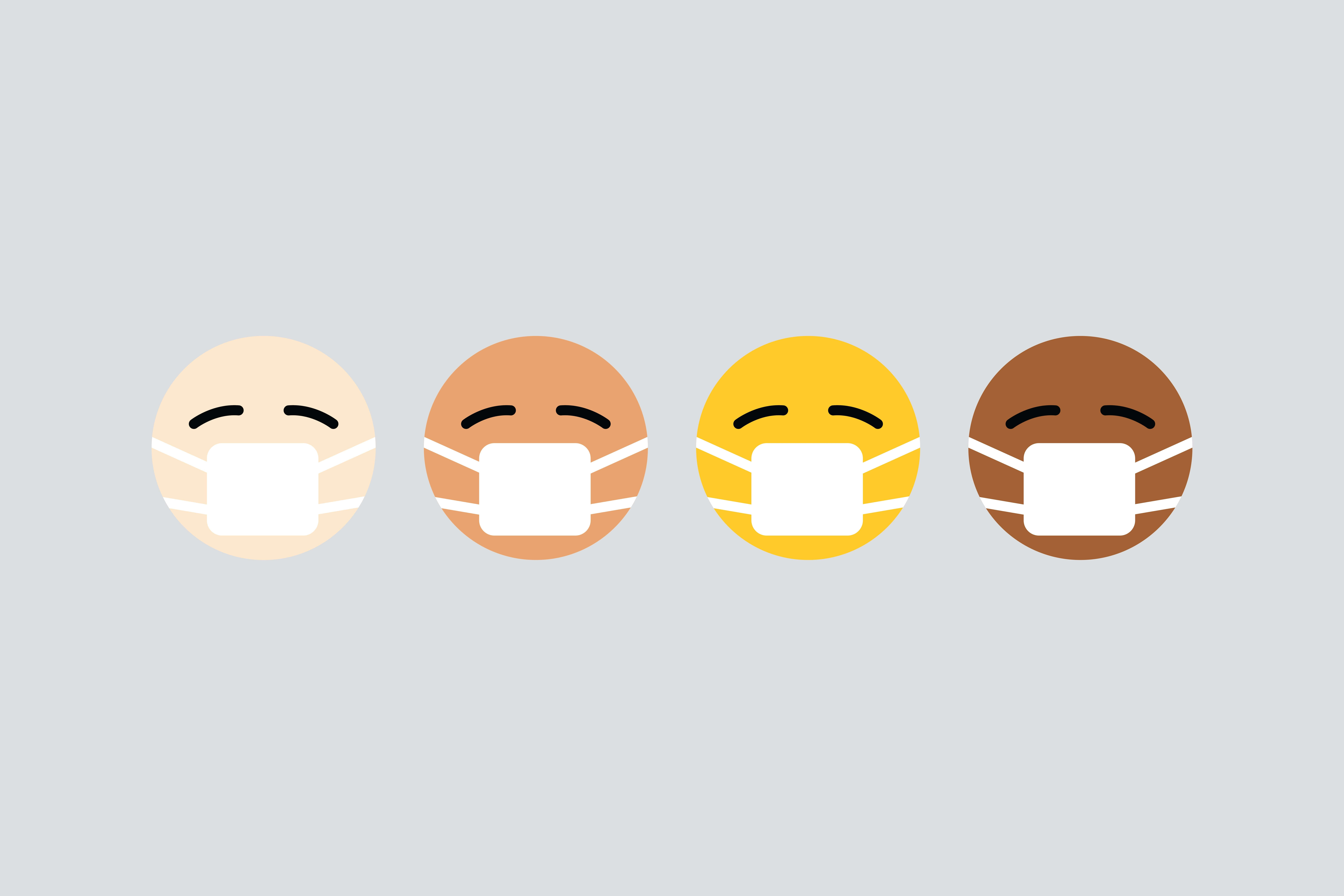 In short? Further studies are needed to “better understand the impact on countermeasures [against Covid-19] and to control the spread.”

Fortunately for us, there seems to be adequate time for this as the lambda variant has yet to be designated as a variant of concern like the alpha and delta mutations.

As we previously discussed, it would become a variant of concern if it has demonstrated pathways of increased transmissibility, severity, and the impact it has on our countermeasures. As it hasn’t been classified as such, there is time for WHO experts to continue their research.

In terms of severity, a risk assessment released by Public Health England in July concedes that there is not enough information on Lambda to know whether infection increases the risk of severe disease.

The risk assessment, however, does recommend that surveillance measures be increased in countries where both the Lambda and Delta variants exist. The aim of this would be to find out whether Lambda is capable of out-competing Delta.

The WHO will continue to study Lambda to determine whether it has the potential to become an emerging risk to global public health and a variant of concern.

Do vaccines work against it?

Again, more studies are needed to understand the effect that the lambda variant has on vaccine efficacy, more particularly on vaccines that are globally available such as those from Pfizer-BioNTech, Moderna, and Oxford-AstraZeneca. 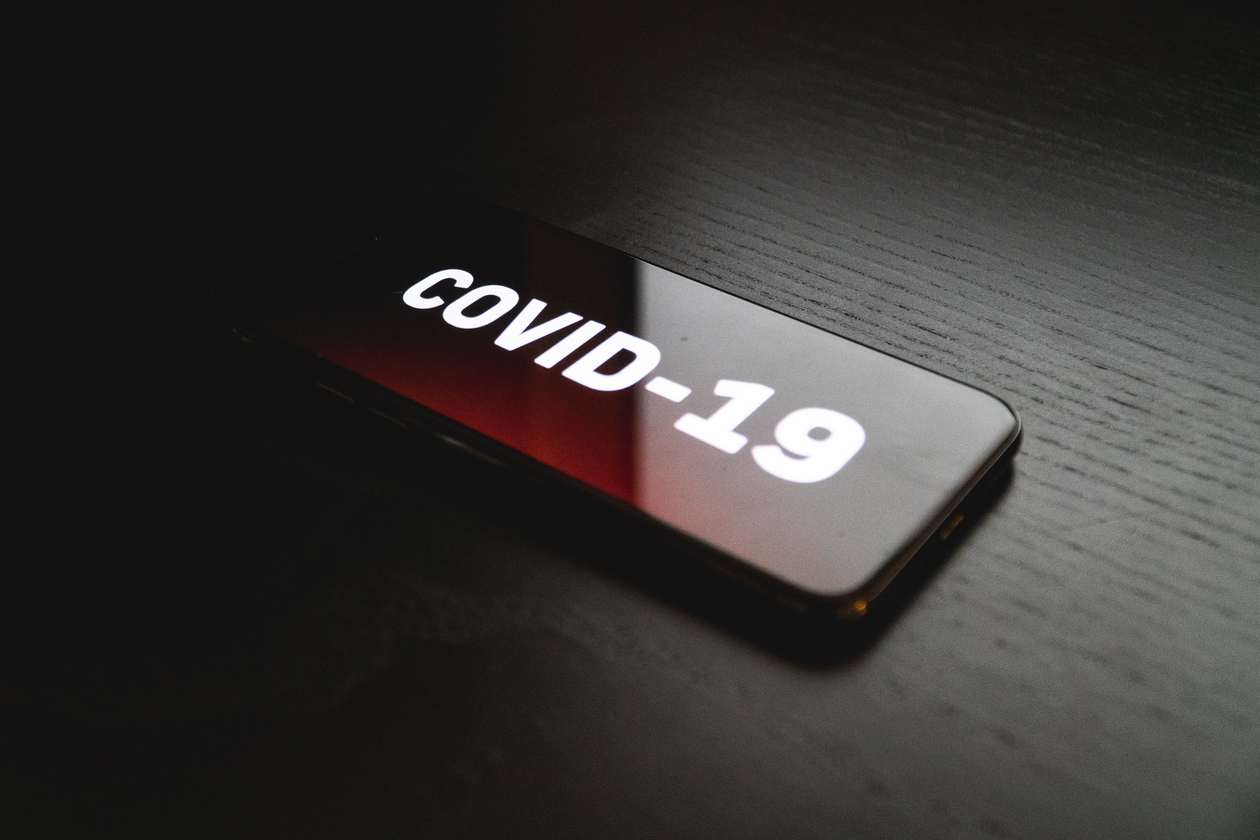 It’s only natural, however, to wonder whether the same vaccines that we have available right now remain effective. Questions have been raised in parts of South America over the effectiveness of Chinese vaccines and according to the study conducted by Chilean authorities, CoronoVac’s effectiveness in preventing symptomatic COVID-19 is 67 percent; the effectiveness in preventing contagion is 54 percent. Meanwhile, with one dose the efficacy is 16 percent for symptomatic COVID-19, 35 percent with hospitalization, and 40 percent in death prevention.

South American countries all rely heavily on Chinese Covid vaccines Sinovac or Sinopharm, these include countries such as Brazel, Chile, and Peru. However, vaccination rates differ wildly across South America.

A study carried out by the University of Chile in Santiago looked at healthcare workers who had received two doses of China’s Sinovac vaccine. The results suggest that the mutations in the Lambda variant confer that the protein spike may lead to increased infectivity and immune escape from neutralizing antibodies. The study was recently published on July 1 but has not been peer-reviewed, so take that into consideration.

It should also be noted that the Chinese vaccines face rising doubts about their efficacy, compounded heavily by its lack of data on its protection against the more transmissible delta variant. No vaccine is currently seen as 100% effective against preventing the Covid-19 infection, although China’s vaccines have so far tested worse in clinical trials.

Is the Lambda variant more transmissible?

It’s interesting to note that mutations affecting the spike protein of the SARS-CoV-2 virus can increase infectivity, which is the ability of the virus to infect cells. These changes can also impact effectiveness, as we had discussed above.

According to the World Health Organization, one mutation (F490S) has been associated with the reduced susceptibility to antibodies generated in patients who had already recovered from COVID. It was initially thought that after being infected once with COVID, your body would have been better able to handle the infection as it attempts to release antibodies. However, this mutation goes to show that the antibodies generated from being infected with the original Wuhan strain of COVID aren’t quite as effective at neutralizing Lambda.

Another Lambda mutation is at the same position in the spike protein as a mutation found in the Delta variant. This mutation in Delta and in Lambda not only increases the ability of the virus to infect cells, but also promote immune escape meaning that the antibodies that the vaccines generate are less likely to recognize it. 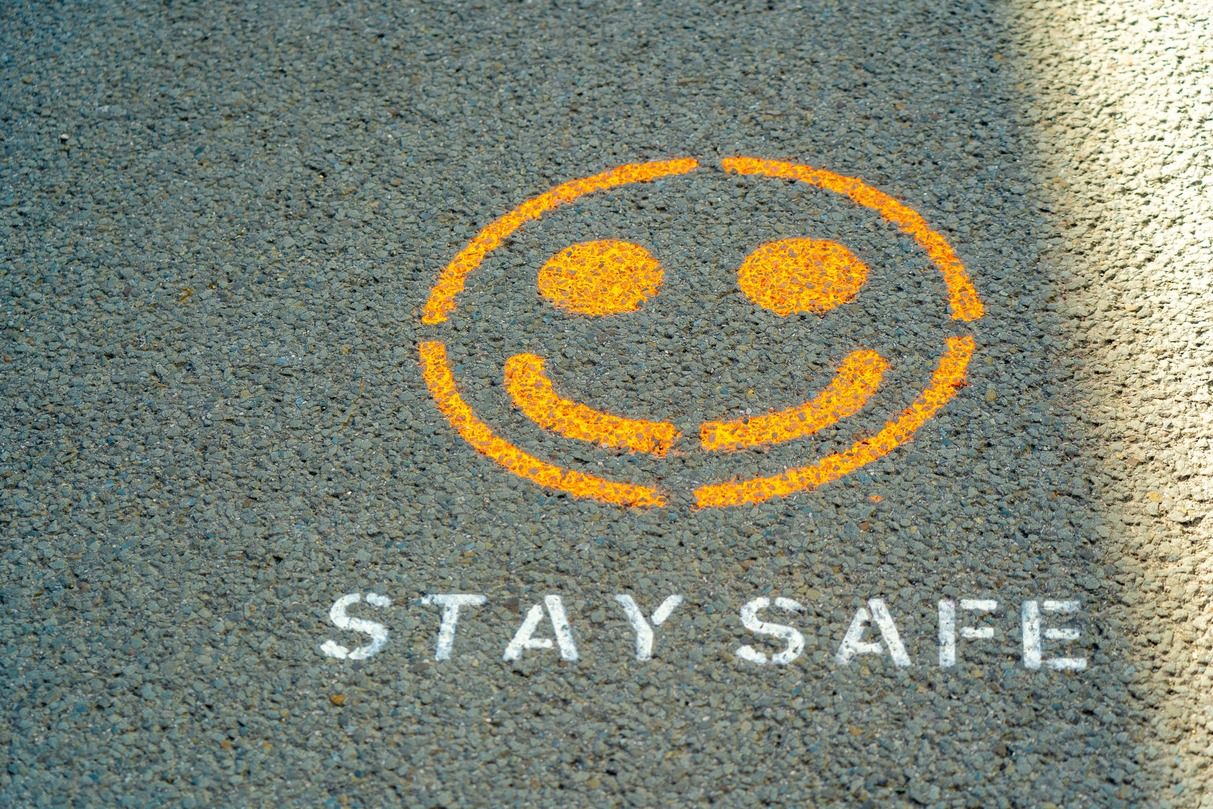 The preliminary data on the mutations of the Lambda spike protein suggest that these have increased infectivity, meaning that it’s more easily able to infect cells in comparison to the original Wuhan virus and the Alpha and Gamma variants.

The same early studies also suggest that the antibodies that vaccinated individuals, especially those that received the CoronaVac vaccine, were less potent at neutralizing the spike protein of Lambda than they were in the other variants of the virus. This effect isn’t found solely for the CoronaVac, either, as other studies suggest that the Lambda spike protein also reduced the ability of the antibodies generated by both Pfizer and Moderna’s vaccines to neutralize the virus. One mutation even goes so far as to resist neutralization by antibodies from antibody therapy to some extent.

However, do not confuse the data as suggesting that the Lambda variant is definitively more infectious between people. There’s not enough evidence yet that Lambda is definitely more infections, but the mutations, as we know them, suggest that it is possible.

What are the symptoms of the Lambda variant?

From what we presently know about the variant, there is nothing to suggest that the symptoms of infections of the Lambda variant are different to other coronavirus strains.

The main symptoms of COVID-19, according to the National Health Service, are the following: 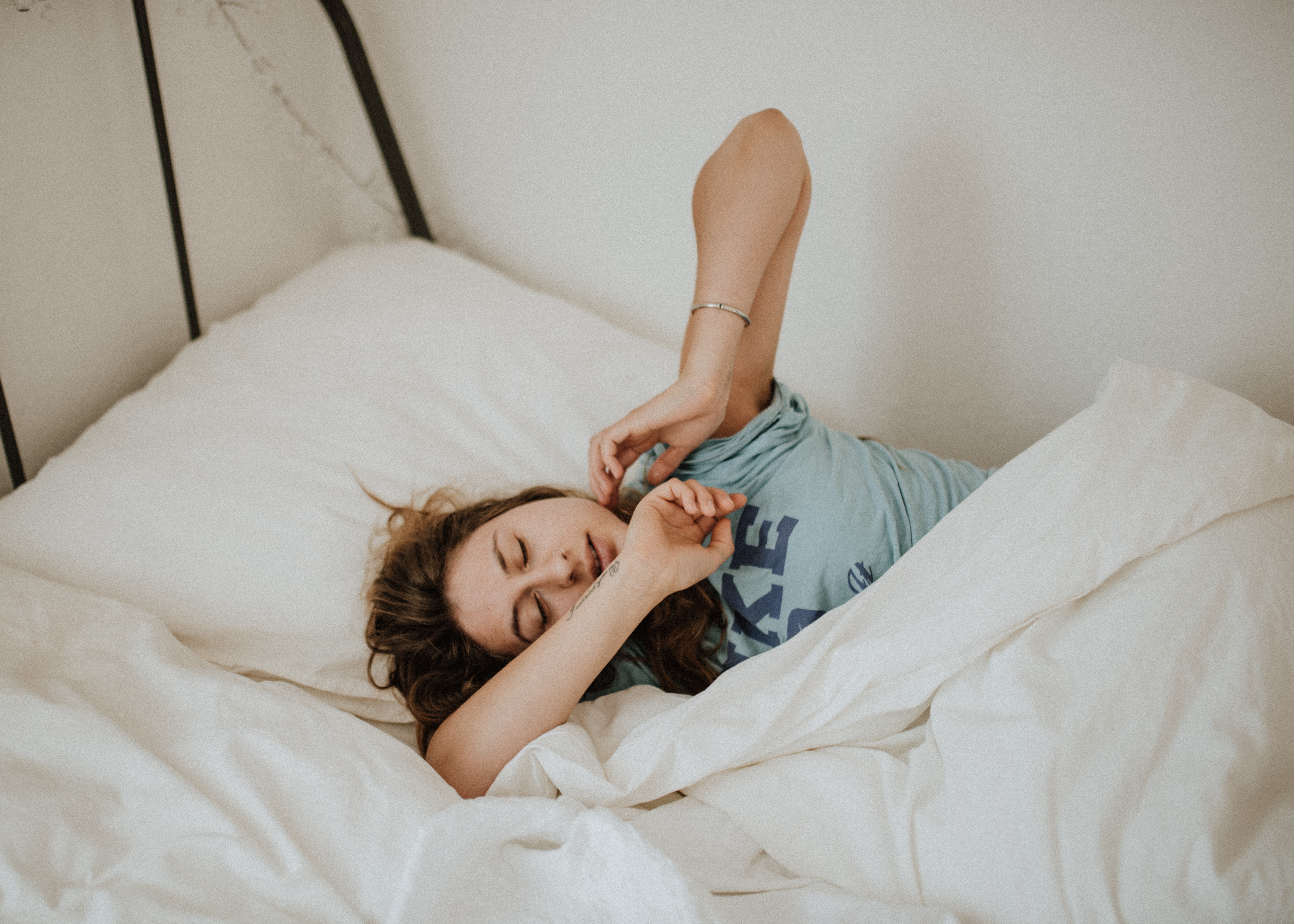 ● A new, continuous cough - this means that coughing a lot for more than an hour or continuous coughing for a day or two. If you’re an individual whose likely to always have a cough, it may be worse than usual.

It’s common for viruses to mutate when they replicate. Regardless of the size of these genetic changes, even the smallest changes can lead to a more harmful infection.

Not much is known yet about the Lambda variant but rest assured that scientists and the World Health Organization are doing the best they can.