Orphaned Children Get A Most Dazzling Early Christmas Treat At Valenza 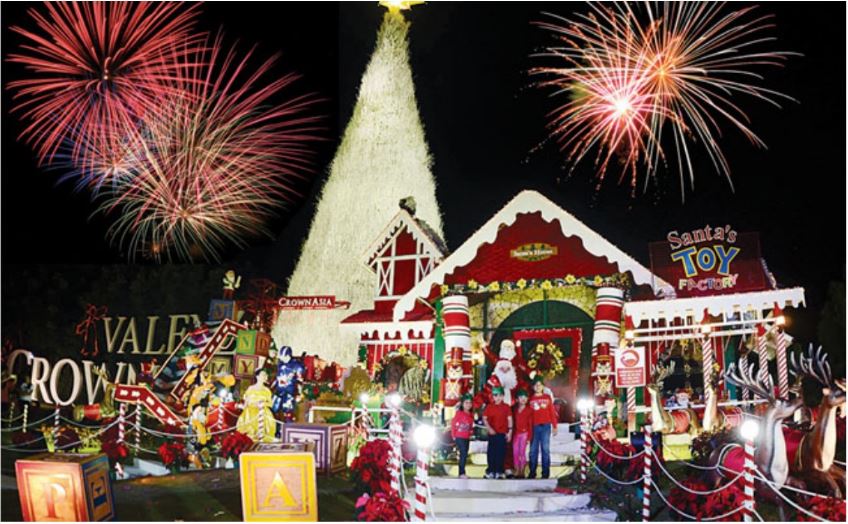 Crown Asia, ever mindful of its mission to uplift Filipino lives through the building of quality themed homes and communities, has given a most remarkable treat to the orphaned and abandoned children of SOS Children’s Village.

Last October 26, 2013, Crown Asia’s Valenza — a breathtaking, Italian-themed community in Sta. Rosa, Laguna, unveiled a majestic Christmas tableau with “Santa’s Toy Factory” and a gigantic Christmas Tree to the delight of our precious, young visitors. The annual Christmas display has become a tradition over the years, much awaited by both residents and visitors to this bustling residential, commercial, recreation, and business hub. Rather than simply launching this year’s Christmas display, Crown Asia made the entire event into one that turned orphaned children’s fantasies of Christmas into reality.

A theatrical presentation opened the event, about a mysterious old man who owned a toy factory which eventually became home to two young orphans. The man was later revealed as Santa giving the children the most beautiful gift of all — a home of their own, amid the singing and dancing of Christmas elves and toys coming to vibrant life!

Games were played next as each child was paired off with a “mommy” or a “daddy for the day” which included Valenza homeowners and Crown Asia team members.

There were cotton candy and ice cream as mommies and daddies granted their kids’ simple wishes.

The magnificent celebration culminated in the lighting of the giant Christmas tree along with an extravagant display of fireworks for a spectacular finish!