A milestone for any real estate investor worth their salt in the Philippines is owning real estate property in the National Capital Region, which is of course considered as the beating heart of the nation. With how economically influential and densely populated Metro Manila is, even owning either a condo in Taguig or a condo in Las Pinas can prove to be a worthwhile investment for both the up-and-coming and experienced property investor.

As the NCR continues to prosper and grow, more opportunities for profit are becoming apparent that one could take advantage of. BusinessWorld reported in an article covering the future development plans for Metro Manila that in addition to the current 1,600 projects being developed in the region, an additional 3,000 more were proposed for the next year by the DPWH, several of which can prove to be a boon for many real estate developers. Keeping track of these ongoing developments is essential for those who want to make it big in the real estate market in Metro Manila.

Without further ado, here are three reasons why it’s the best time for real estate investment in the National Capital Region housing market this 2022: 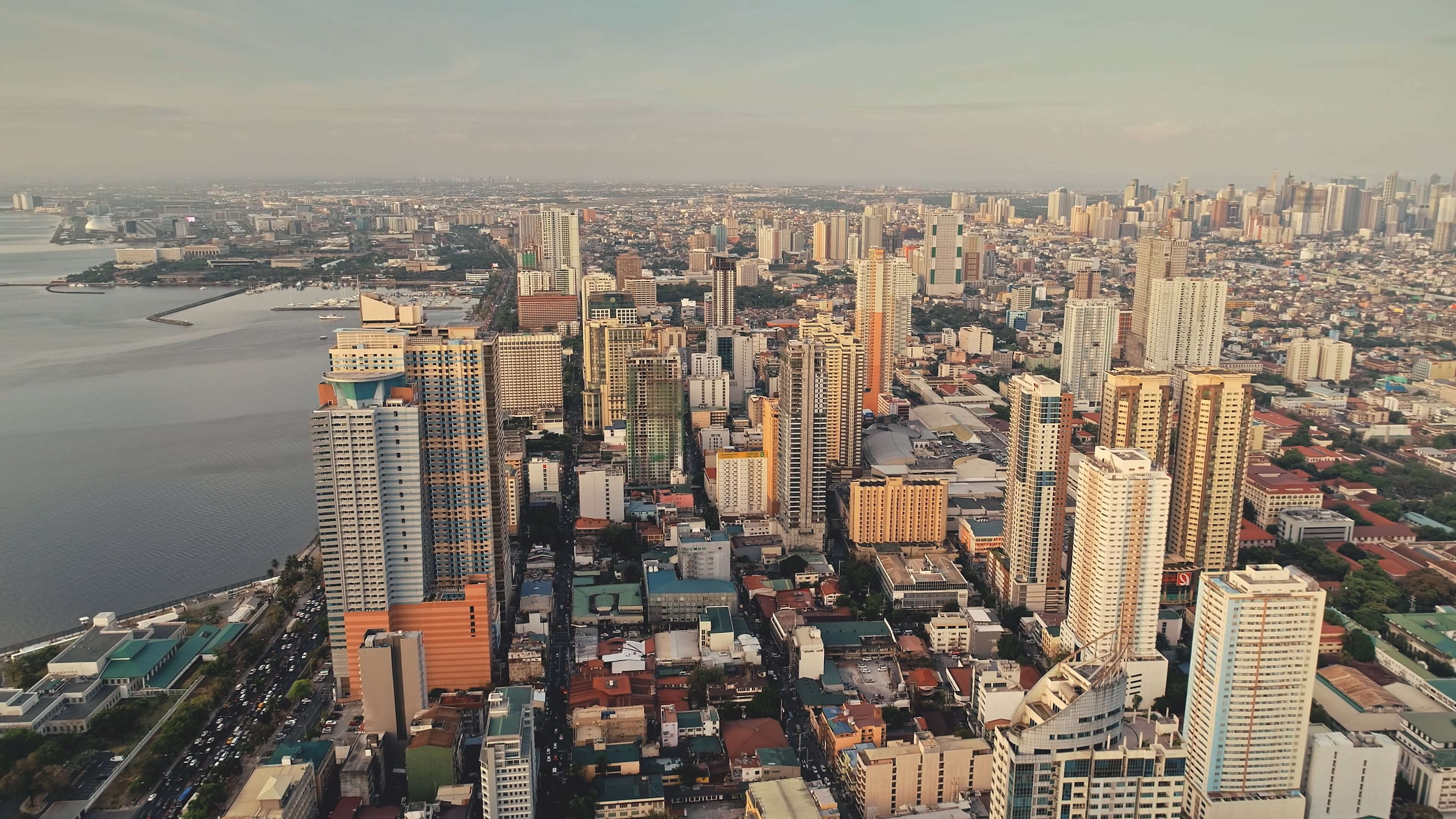 Of the projects planned, numerous among them are new hospital and schools meant to accommodate the growing population of the region. It can then be expected that with the rise in numbers of such properties in the future, residential real estates will also increase in value and amount as well.

Real estate developers who specialize in constructing residential real estate properties would likely be taking advantage of these upcoming additions, which potential investors can then profit from if they smartly plan their choices. Hospitals that would be built in proximity to preexisting properties would benefit from gaining additional value just for being near such essential facilities. This scenario also applies for homes that are close to newly built schools, which would prove to be tempting investments for families wishing to provide convenience for their learning children. 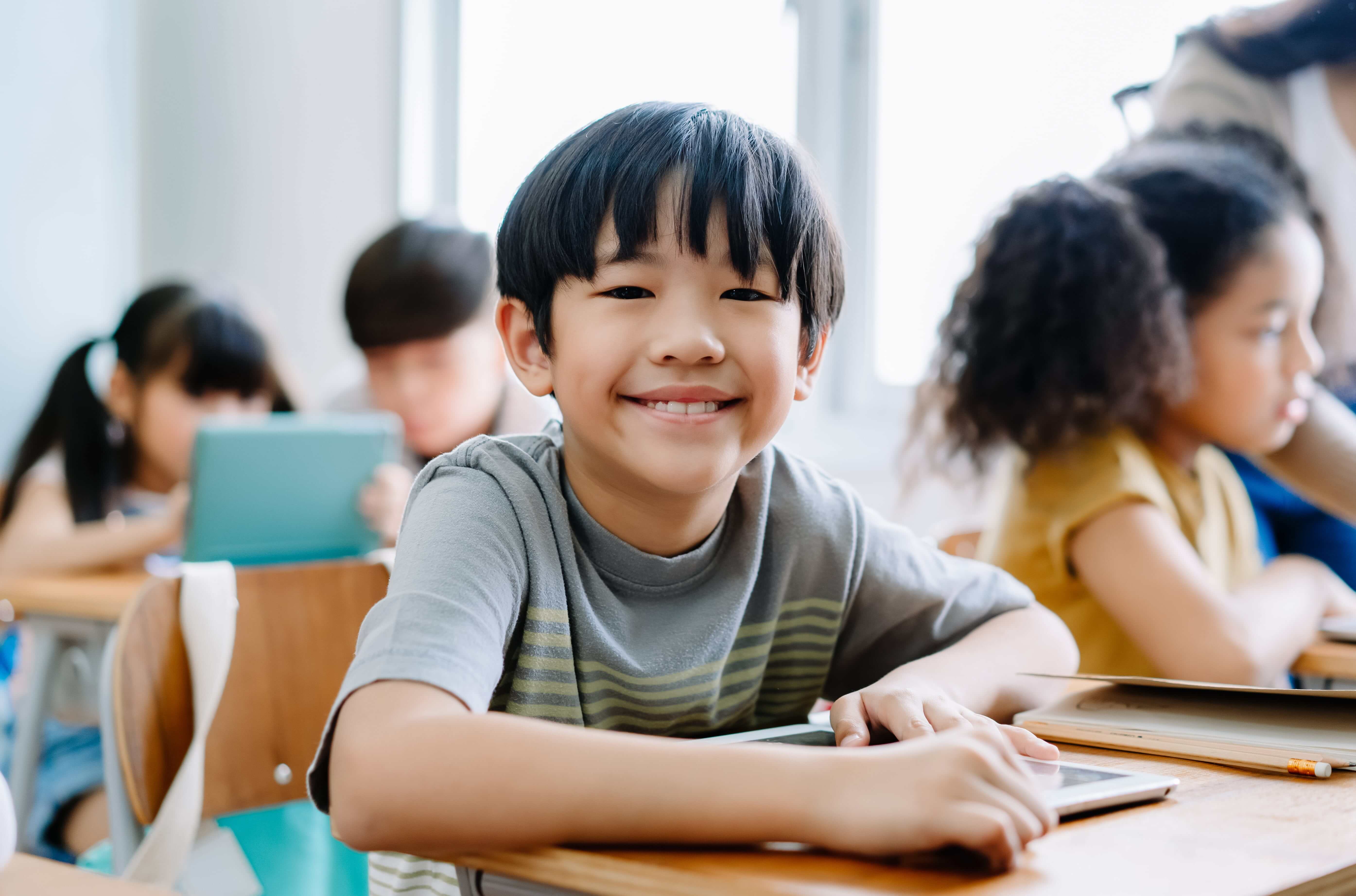 Overall, the appearance of new and integral facilities and commercial establishments such as shopping centers can go a long way in revitalizing any present properties in Metro Manila and as well as giving an incentive for the creation of more homes and businesses near them.

Utility Lines are Expected to Undergo a Major Improvement

A long-standing issue in Metro Manila is the presence of disorganized, hanging utility lines which both tarnish the visual appearance of the metropolis while also posing as life-threatening hazards for the locals. In order to combat this, the DPWH has finally decided that the best way to deal with this aforementioned problem is to implement a 300 million pesos project to move these utility lines underneath the major roads running throughout NCR.

Such a decision would aid in preventing any further incidents of accidental power outages, electrocutions, and widespread fires from occurring, which would then lead to many later emerging properties being spared from damages or complete destruction. This is important for real estate owners, especially those who place much stake in making sure that their investments are well-kept and risk-free. The removal of most utility lines from the public eye can also contribute to giving a better facade for the city, which may prompt more people to move into urban residences. 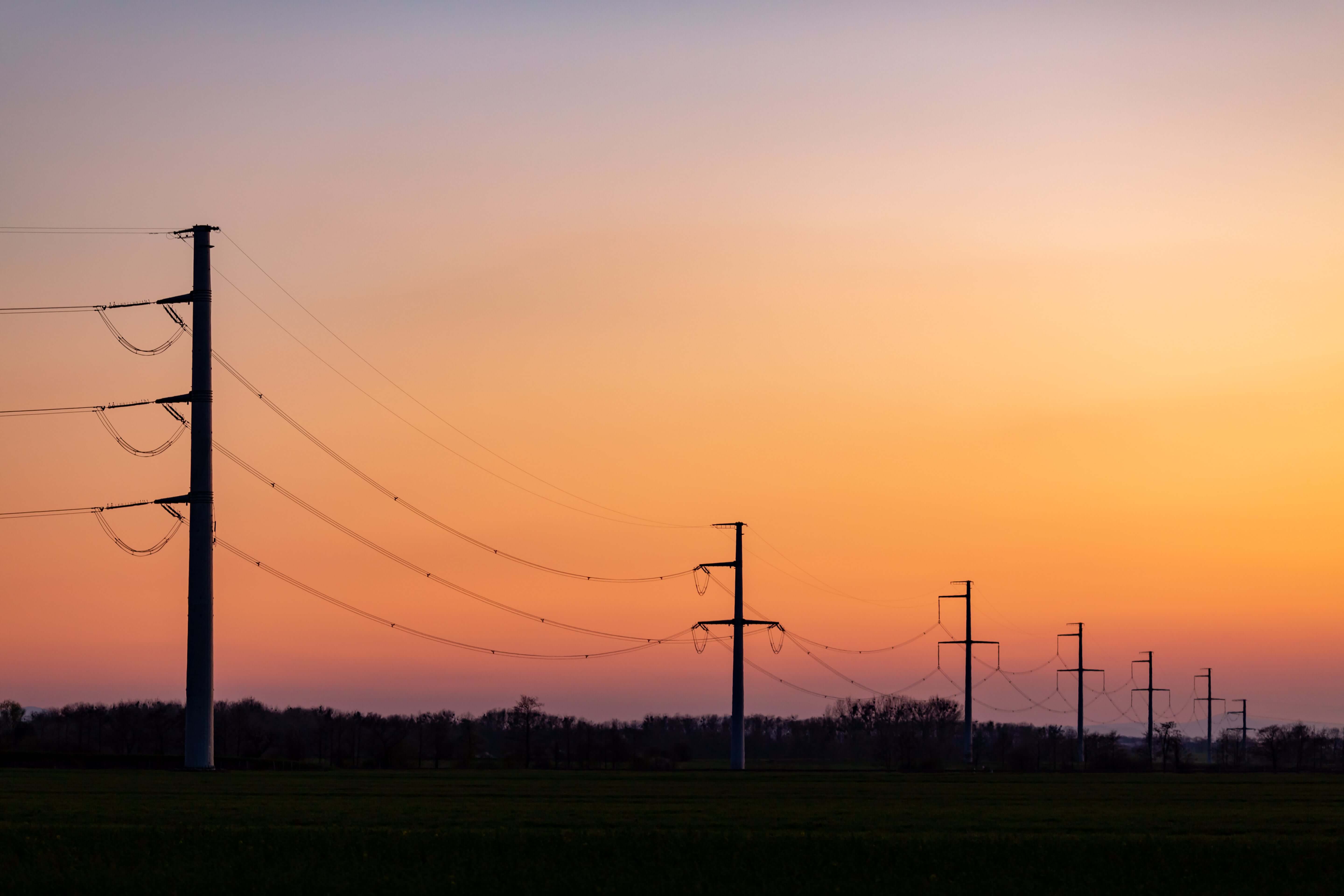 While a costly endeavor, if this project would ever come to fruition, it can result in much needed relief for the citizens who live in the region who have long been bothered by their unsightly presence.

There are Plans to Address the Flooding Issue in Metro Manila

Another common issue in Manila is the frequent flooding that occurs in many areas of the city during the rainy season, a problem which the DPWH also seeks to alleviate next year. The locations expected to benefit from this improvement are the following: the National Center for Mental Health in Mandaluyong City, Sto. Domingo Churche. 573 Quezon Avenue Sta. Mesa Heights in Quezon City, and St. Paul Street, Barangay Viente Reales in Valenzuela City.

The alleviation of the seasonal floods in those three locations would do much in bolstering the worth of the properties located there, since the removal/mitigation of the said problem would make them much for appealing for many investors in the long run. The lack of flooding will also make those areas more appealing to move into, allowing for more potential tenants for landlords owning residential real estate in there. Property damage would also be lessened, which would do much in helping retain the value of any real estate in those areas. 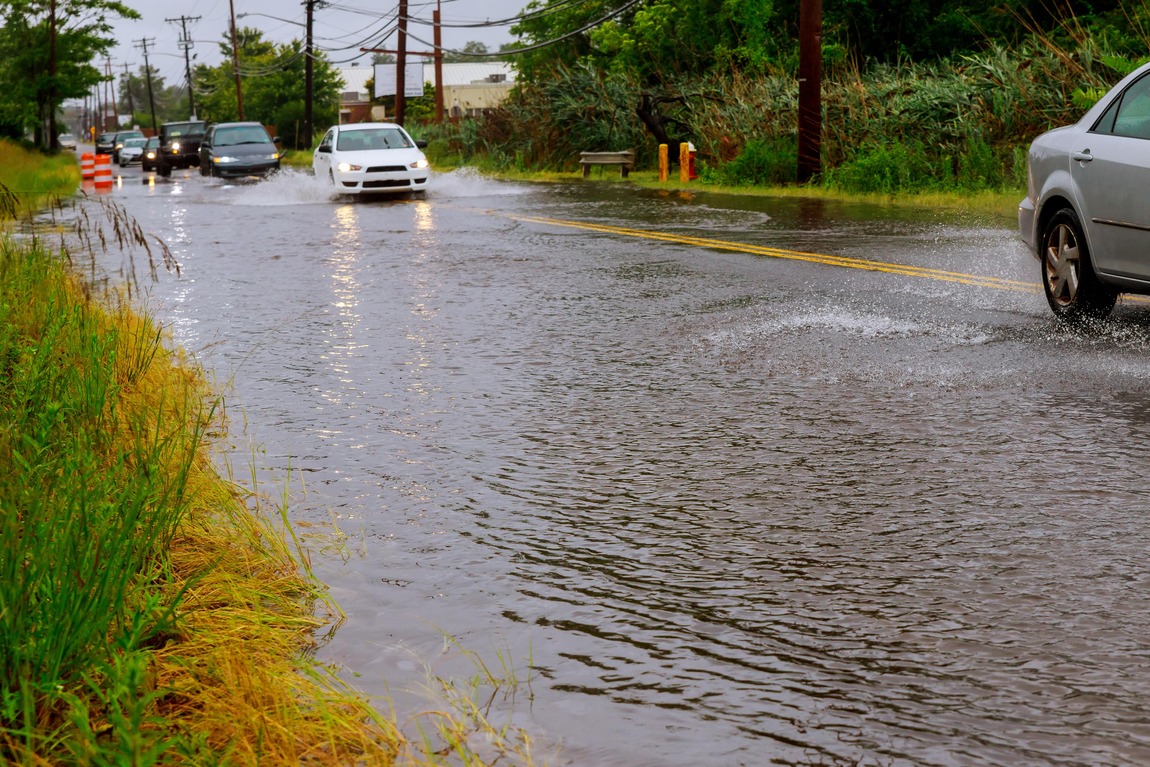 If this project were to be properly implemented, the quality of life in Metro Manila would considerably increase, a long-term boon for current and future residents.

With all these things happening in the near future its no doubt that real estate investors will start considering the area for a chance to have a property amidst the Metro.

In conclusion, the new changes that are expected to be built in the NCR next year make for a much-needed incentive for those planning to invest in the region. The construction of more medical and educational facilities would beget more residential properties to be made, an opportunity any investors can see the worth of. Its also better to invest in a residential property now when the property prices are not yet at its peak before the developments in plan are constructed. The creation of solutions to two of the most ubiquitous dilemmas in Metro Manila is also a welcome change since it would inevitably lead to more valuable real estate.

For those looking to be involved into the potential profits to be made in Metro Manila or its surrounding Metro cities, getting started by investing on either a condo in Las Pinas or a condo in Taguig can be an excellent jumping point. Crown Asia can provide this opportunity with the following premium condos: The Courtyard in Taguig and Hermosa in Las Pinas. 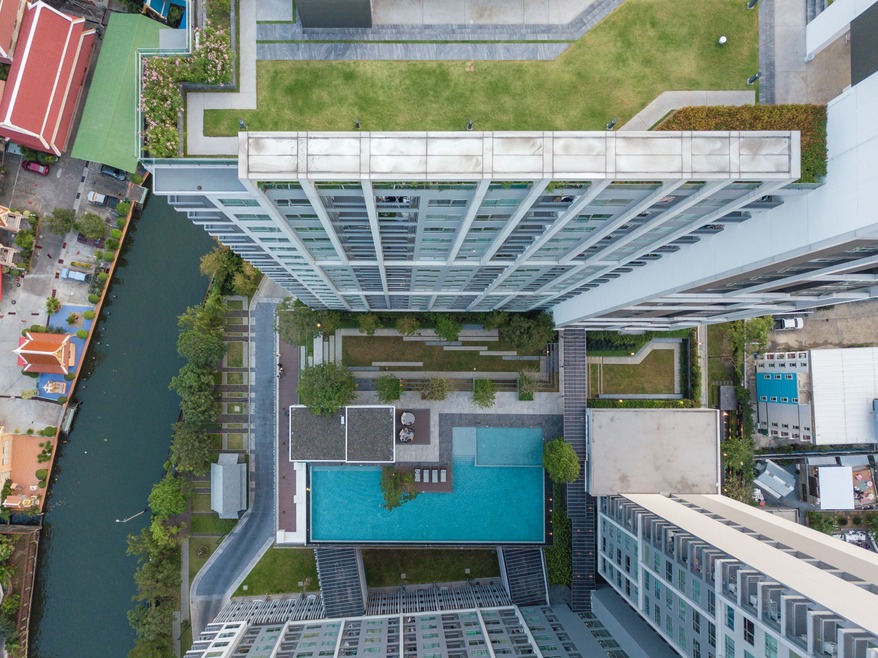 Featuring high-end amenities for current and future unit owners, both residential properties promise the best living experience for those wishing to find a new home in the bustling capital of the Philippines. Individuals seeking to reside in Las Pinas will find that the Hermosa real estate development has much to offer, such as the ease of access to many of the city’s key locations like NAIA and the Bay Area. The Courtyard on the other hand allows for easy travel to the Bonifacio Global City, along with other important venues nearby for shopping, healthcare, and education. Furthermore, the establishment of the DPWH’s project can also lead to the units of these two properties to increase in value, which can make for an excellent long-term investment.

When making the choice to invest on either a condo in Taguig or a condo in Las Pinas, why not go with Hermosa or The Courtyard by Crown Asia?

Related Blog: Why Is Taguig a Good Place to Live In?