What You Need to Know About the Cannes Film Festival

The Cannes Film Festival is one of the most important award events that anyone in the film industry would dream to join. It features some of the most anticipated films, special screenings, writers, actors, and directors, some of which you may have already seen. But why is this event so important? Here’s everything you need to know

History of the Cannes Film Festival 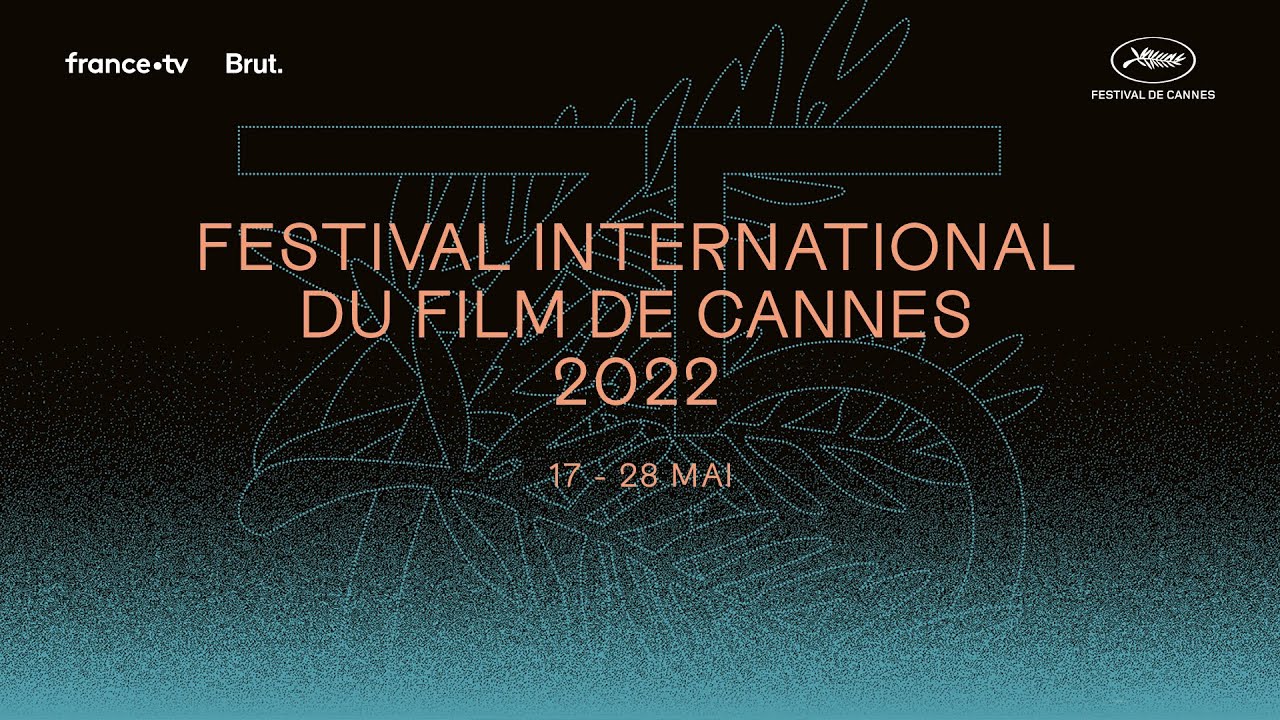 As prestigious and celebrated as the Festival de Cannes or the Cannes Film Festival is today, it has a not-so-glamorous history that dates back to Hitler’s time in 1938. It began in Venice when the jury members at the Mostra were pressured to change the award winners in favor of a documentary about the Nazi propaganda just a few hours before the official results were announced.

Knowing what had happened, Philippe Erlanger, a French diplomat, and historian started to organize a free festival where everyone can join without any pressure and constraints. With the approval of the French Ministry of Education at that time, the International Film Festival was to be held in Cannes on the first of September in 1939.

The event was open to all countries because France didn’t want to create tension. However, in the summer of 1939, German military operations were shaking Europe, and only nine countries took part in the first festival. To make things worse, on September 1st (the same day the film festival was supposed to be held), Germany invaded Poland, causing the postponement of the festival.

Initially, the festival was supposed to be postponed only for ten days but on the third of September, the second world war erupted, making it impossible for the festival to continue.

At the end of World War II in July of 1945, hope was in the air, and Philippe Erlanger was eager to push the idea of the festival again. Unfortunately, because countries were still recovering from the effects of the war, the French State and Cannes’ municipality couldn’t afford an event as prestigious and expensive as a film festival. Heck, citizens probably couldn’t even afford to think about buying a house and lot for sale. Luckily, public subscriptions helped raise the required funds, which made the real first festival possible in September of 1946.

This first International Film Festival introduced the world to Europe. Cinemas that were relatively unknown were discovered and the rise of a new generation of filmmakers was nurtured. However, the festival is not immune to imperfections and it had, of course, its fair share of scandals.

In 1960, for example, La Dolce Vita, a film by Federico Fellini, was scandalous because some people considered the film to be pornographic. It was so controversial that the Vatican threatened to excommunicate any Catholic who saw it.

However, as the festival grew, it became more and more inclusive. In 1972, they opened the festival to a wider range of films, including Studies and Documents, which is dedicated to featuring news films, compilation films, and news archives.

In 1993, two Palmes d’Or were awarded to women: Jane Campion (director of The Piano) and Chen Kaige (a director from Hong Kong who directed Farewell My Concubine). This same year, awards were given to more countries from Africa, Asia, Eastern Europe, and Latin America.

The festival stayed true to its original roots where it protected freedom of expression to promote cinema, proving to be an international festival for films. However, it wasn’t until 2002 that its name was changed to Cannes Film Festival by Bernard Brochand, Cannes’ Mayor and Member of Parliament at that time. 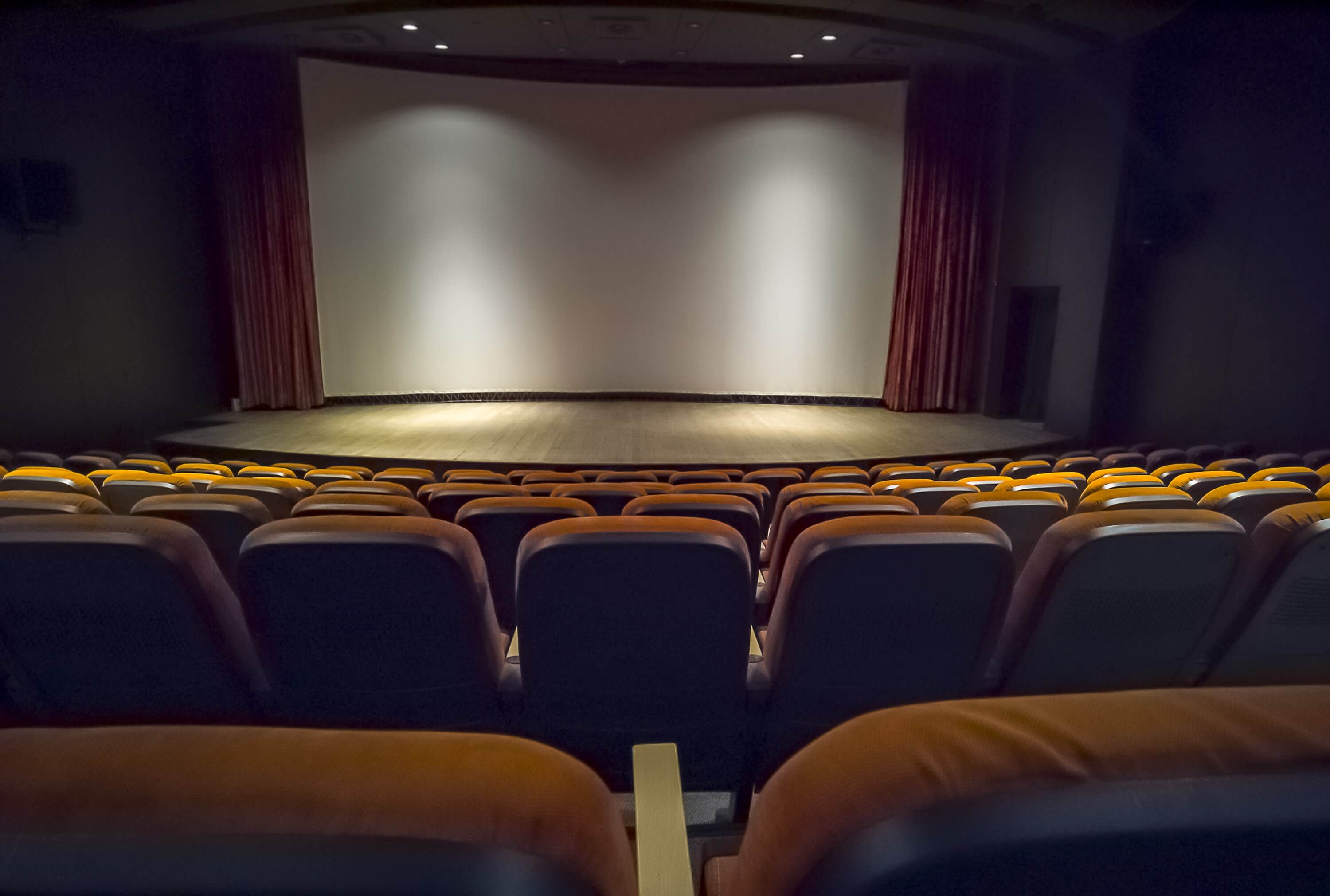 Why is the Festival de Cannes celebrated?

Just as you how you would celebrate buying a house and lot for sale because it’s an achievement, people in the film industry celebrate the Cannes Film Festival because it represents hard work and dedication by thousands of people around the world.

Today, the Cannes Film Festival is celebrated because it can guarantee a director’s place in the history of filmmaking and propel a film to success. The Artist, for example, premiered at Cannes in 2011 and went on to win five Oscars, making it the first French film to win an Oscar.

However, aside from recognition, the film festival can also affect what films can make it to the front of audiences. The Marché du Film, an event for most Cannes attendees, is where movie distributors make deals in finding ways to get audiences for different types of films. Any filmmaker who wants to get funding and distribution spends days at Cannes to network with financiers, publicists, and distributors from around the world.

The Cannes Film Festival maintains its image of launching careers by awarding the best films selected by a jury of well-known actors, filmmakers, and composers from all over the world. This prevents bias and maintains the festival’s image of being the largest film market in the world. 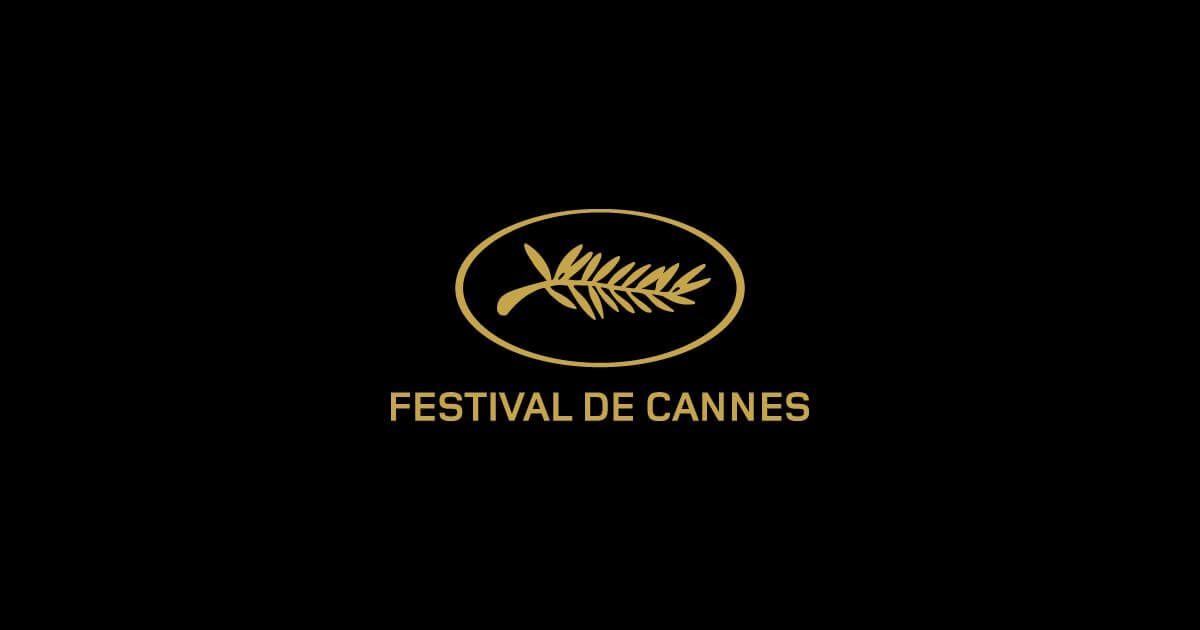 Who selects the films that screen at Cannes?

You wouldn’t trust just anyone to help you find a house and lot for sale that fits your needs, right?

Expert opinions will guarantee the quality, which is why Cannes assembles a selection committee that will be in charge of reviewing all the submissions. Members of the committee (called “Jurors”) are chosen from international artists based on the respect they’ve earned and their body of work. The Cannes Film Festival selects eight people to become a member of the jury every year.

From a pool of about 2,000 film submissions every year, they will pick out 50 feature films and 10 short films for the official selection. Each screening is separated by categories, including the Cinefondation selections, the main juried competition, films shown out of competition, and the films competing in the Un Certain Regard category.

Cannes Film Festival is known for its diversity and inclusivity, so much that sometimes the jury has no idea who the other members are until Cannes announces them and they finally meet.

This year, for example, where Deepika Padukone, one of the highest-paid actresses in India, said that she wasn’t familiar with the other Cannes Film Festival 2022 jury members.

Apart from the Indian actress, other members of the jury are Joachim Trier, Asghar Farhadi, Noomi Rapace, Rebecca Hall, Jeff Nichols, Vincent Lindon, and Jasmine Trinca. Just from the names, you know that these people come from different countries, cultures, and gender, emphasizing the importance of diversity in the Cannes Film Festival. 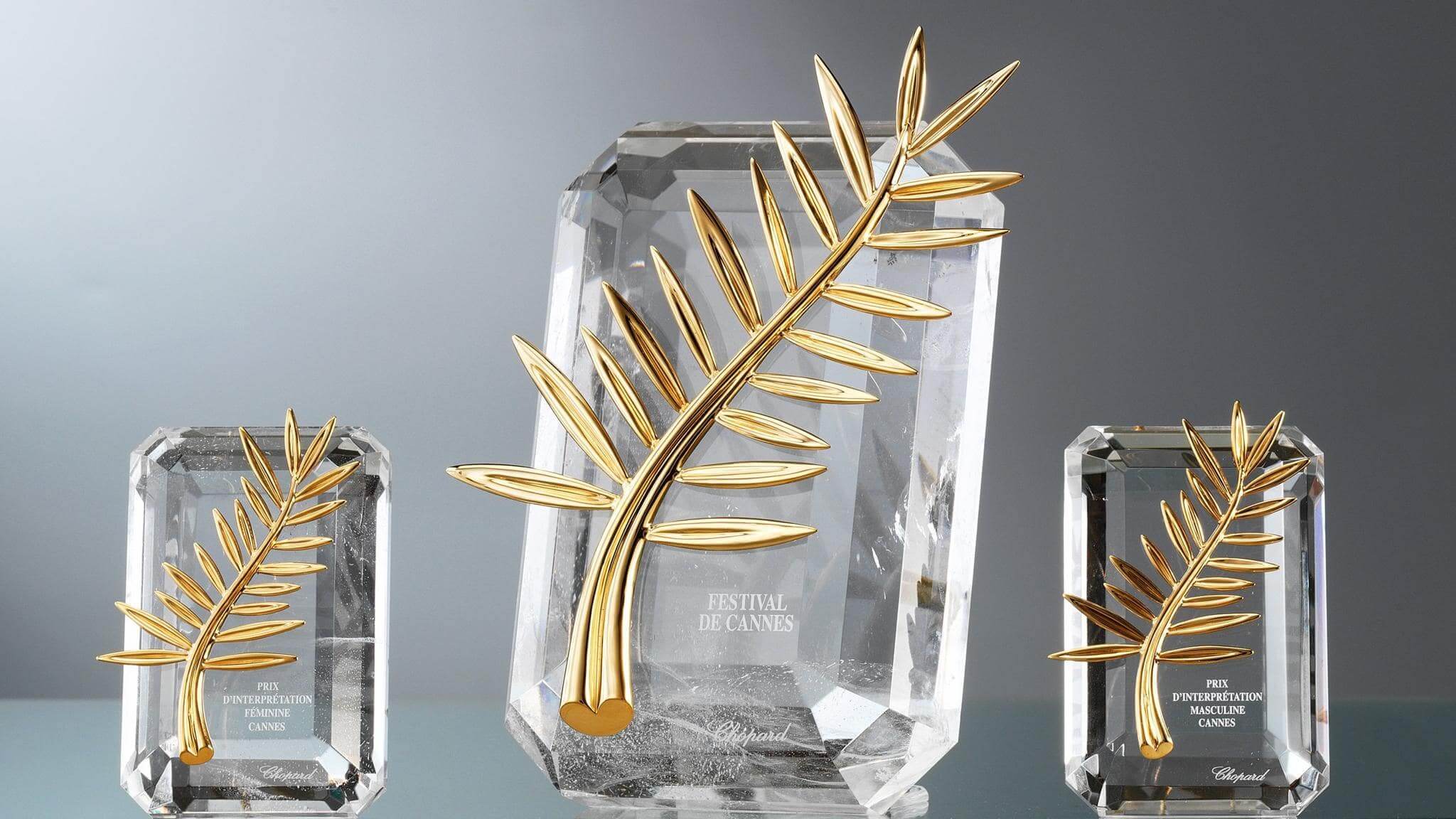 What awards does Cannes present?

The Academy Awards has the Oscars and the Antoinette Perry Award for Excellence in Broadway Theatre has the Tony. So what does the Cannes Film Festival have?

Well originally, the highest honor that the festival offers was called the Grand Prix. In 1955, however, the Palme d’Or was introduced — named and designed after the tree on the City of Cannes’ coat of arms. Although between 1964 to 1975, the Palme d’Or was suspended because of copyright issues.

The Cannes Film Festival separates its official selections into categories. The feature films that make it to the main competition are eligible for the Palme d’Or, Grand Prix, and the Jury Prize. Other awards like the International Critics Week (Semaine de la Critique) and The Directors’ Fortnight have different criteria for selection. Nonetheless, all awards that the Cannes gives are just as important and hotly debated.

Here’s a complete list of official award categories (not including honorary Palmes and special mentions):

● Caméra d’Or — recognizes the debut work of a director 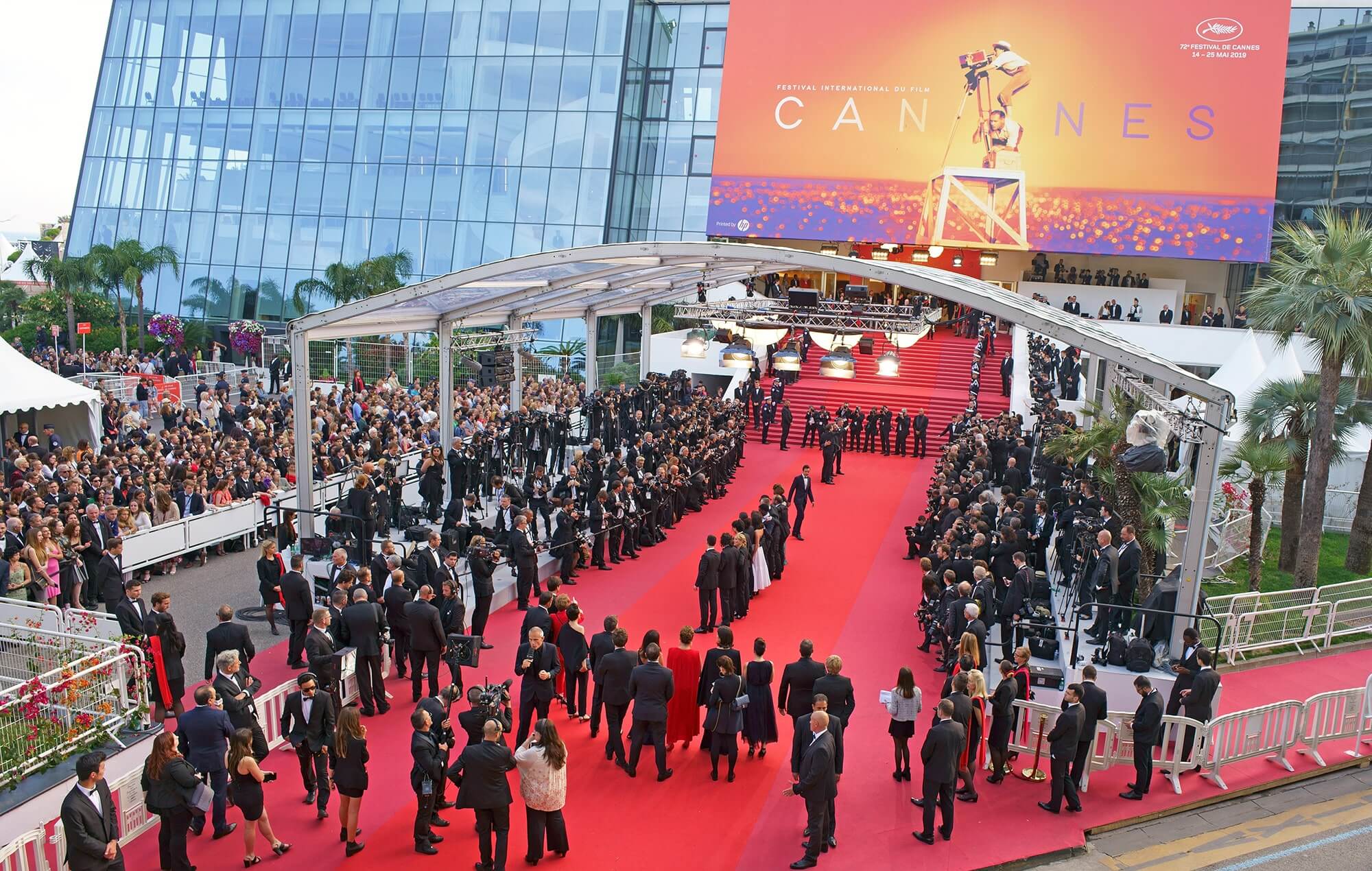 Can anyone attend the Cannes Film Festival?

Before you hold off your hunt for the perfect house and lot for sale to fly to France and attend the Cannes Film Festival, know that it’s not open to the public. Actually, most people can’t attend the official selections because Cannes has restrictions on its official venues.

Only a few groups can apply to be accredited for access, separated into several categories. For example, if you’re a film professional, you can apply for accreditation to access the events in all of the festival venues. If you’re an employee of a film company, you can apply for accreditation to attend the Marché du Film. Numerous tracks exist for specific industry professionals, including industry workshops, short film corners, and a Producers Network.

You can, however, apply for a Cinéphiles accreditation if you are a resident of Cannes. This is a category that can give you access to the official selections, sidebars, and some screenings. Third-party organizations and educational groups can also apply for accreditation.

Films to anticipate in the 2022 Cannes Film Festival

Just like other festivals or awards shows, the Cannes Film Festival is known to be a place where fashion is a big highlight. This year, the festival is held at the Palais des Festivals et des Congrès, which is a convention center in Cannes and the official venue of the Canne Film Festival and the Cannes Lions International Festival of Creativity. 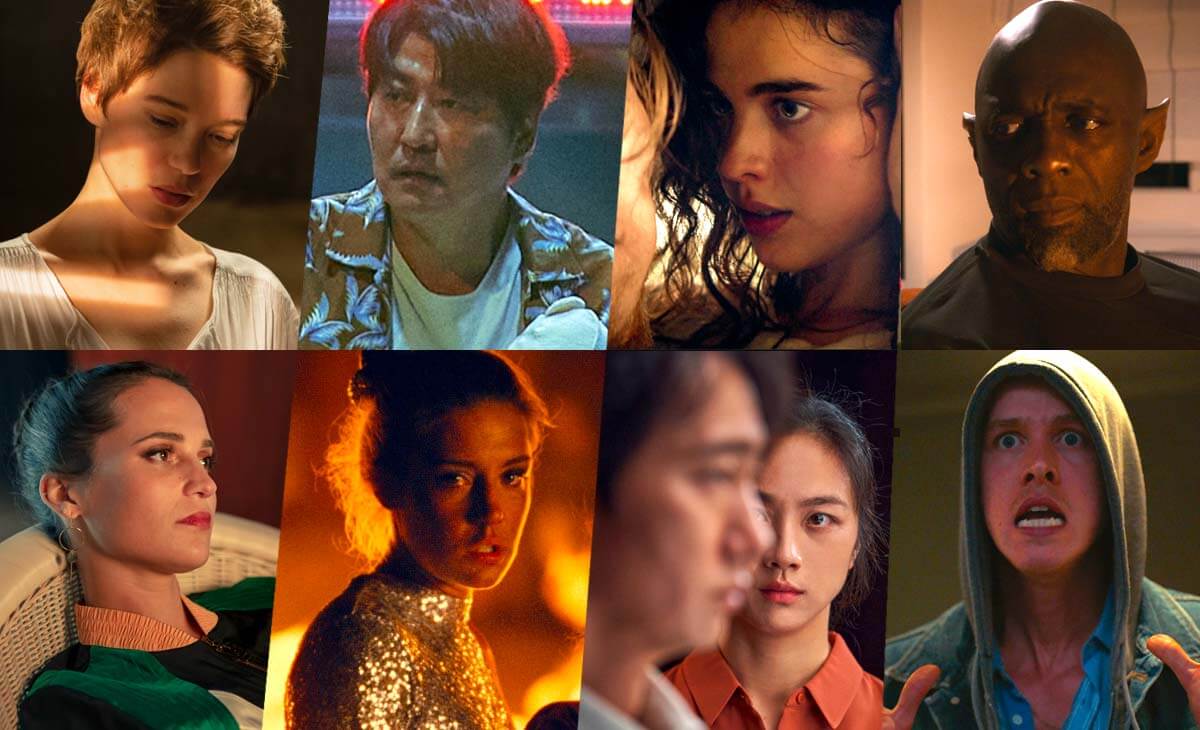 Aside from the looks, however, there are a lot of anticipated films that will be featured at the festival, and according to Rotten Tomatoes, this includes the following:

Holy Spider is a film directed by Ali Abbasi, an Iranian-Danish director, and screenplay writer, with lead cast Zar Amir-Ebrahimi who plays Saeed. He embarks on a religious journey to cleanse Mashhad, a holy city in Iran, of immoral and corrupt prostitutes by murdering them.

The movie is highly anticipated because Ali Abbasi is known for the Oscar-nominated film Border, which is a modern fairy tale that had sinister elements, providing an inventive twist on the genre. And really, who doesn’t like watching serial killer films?

Top Gun: Maverick is the sequel to the 1986 film, Top Gun. Since it’s practically 36 years in the making, people are anticipating the awards this film will get at film festivals. It has great reviews, with an 8.6/10 rating on IMDb.

Crimes of the Future

Crimes of the Future is a film directed by David Cronenberg with a lead cast of Kristen Stewart, Viggo Mortensen, Scott Speedman, and Léa Seydoux. This film is a sci-fi film where mankind is adapting to a synthetic environment, causing an evolution where humans go into a metamorphosis.

The film is highly anticipated because it’s been 10 years since the last feature film by David Cronenberg, who is known for body horror elements.

Broker is a movie directed by Hirokazu Kore-Eda with a lead cast of Lee Ji-Eun, Gang Dong-won, Bae Doona, and Song Kang-ho. This is a South Korean film that revolves around characters who mind boxes left for people who want to leave their unwanted babies anonymously.

This film is highly anticipated because Hirokazu Kore-Eda is known to create exciting films, and has even taken home a Palme d’Or for his movie Shoplifters.

War Pony is a film directed by Gina Gammell and Riley Keough, with lead actors Ladainian Crazy Thunder and Jojo Bapteise Whiting. The movie is set on the Lakota Reservation from the perspective of two plot lines with a slow and steady pace.

The movie is highly anticipated because it is comprised of entirely first-time, untrained actors.

Read more: Broadway Musicals to Watch on Your Next Visit to New York City