What Can We Do to Address Climate Change and What Big Companies Do to Take Part?

Climate change is an often discussed topic that many of us know about but don’t really care to study deeply. Here’s the thing: if you’ve lived long enough, you’ll probably remember warm summer days when you were a kid that allowed you to go outside and enjoy the afternoons with friends, eating ice cream, playing basketball, and just hanging out with other kids.

These were probably some of the fondest memories from your childhood and they probably helped build lifelong friendships with people that you still talk to this day. Here’s the other thing: if you’ve noticed over the last couple of years, summers got a lot hotter. Not a lot of people are as willing to go out as you once were when you were a kid and when they do go out, the afternoon heat can often become too unbearable for you to actually enjoy. You’d much rather stay in and just chill out in the comforts of your own home.

No, that’s not old age. That’s probably the effect of climate change.

In this article, we go into great detail on this topic - covering everything from what it is to what we can do about it in our day-to-day lives. Hopefully, this raises some alarm bells in your head. If you want your children and future generations to have the same fond memories of summer as you once did, it’s time to start taking action today.

What is Climate Change

Alright, so the summer example may not be the best example there is. You might be thinking, “Of course summer’s get hot, it’s the summer! How does climate change affect that?” Well, you’re both right and wrong. 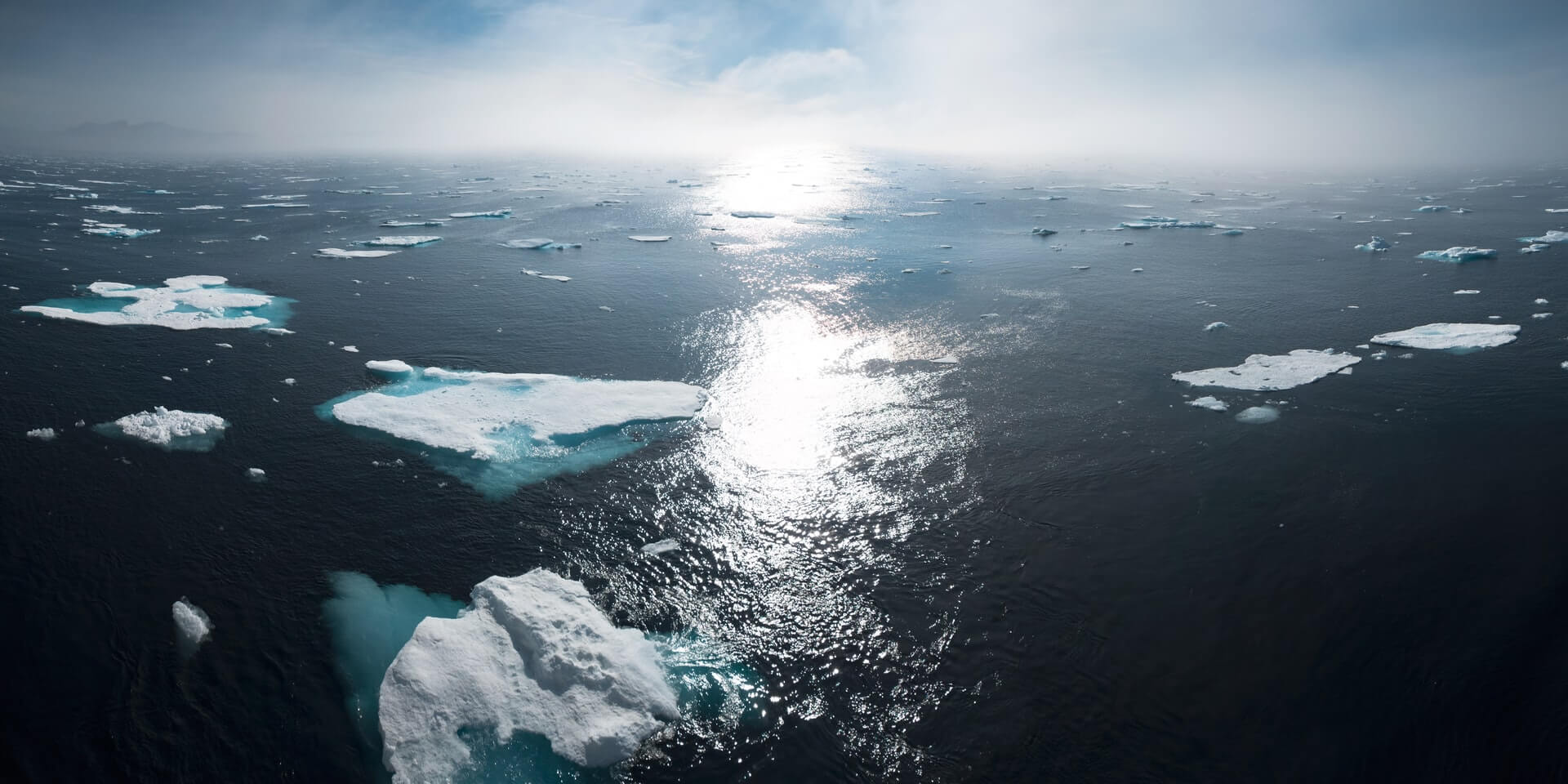 Yes, summer is notoriously the hottest part of the year but if you haven’t noticed, the past summers have been marginally hottest than the summers of 10, 20, or 30 years ago.

At the same time, you’ll probably also be complaining that rainy days are still cold, so how could there be climate change and global warming? Look we’re not saying that every single day is hot, we’re just saying that, on average, the world is becoming a much hotter place.

This is the part that’s confusing for most people. Weather vs Climate.

Regardless, the weather is the short-term state of the outside world.

Climate, on the other hand, is much more than just the singular occurrence of rain or sun, it’s the conditions of the weather over a longer period of time. That’s where you bring in seasonality. Climate describes the weather conditions of a particular place at a particular time of year. So, you know how in school we were taught that there exists a rainy season and dry season in the Philippines? Yeah, those are examples of climates.

With that in mind, we can finally answer the question: what is climate change? 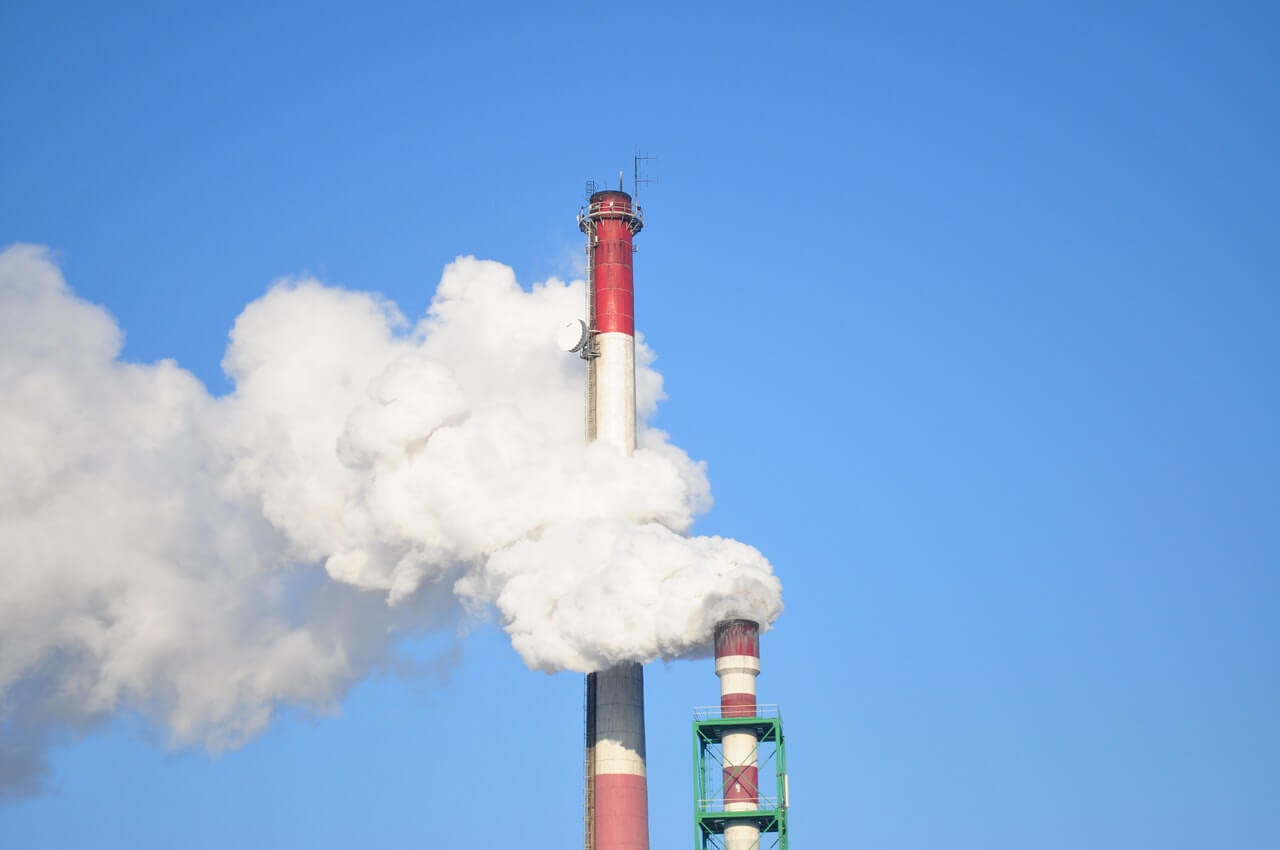 Obviously, climate change would describe the changes in the climate’s average conditions in a particular place over a longer period of time. In data science, there’s a commonly held notion that for a hypothesis to be tested, you’d need to have at least 30 data points to study from, at least. So imagine just how many years it takes scientists to study and verify the fact that the climate is indeed changing.

On a global scale, climate change refers to the average long-term changes over the entire Earth. These include warming global temperatures and changes in precipitation of the rain as well just the general effect of global warming that leads to rising sea levels caused by shrinking glaciers and melting ice.

But here’s the thing: Earth’s climate has constantly been changing - even before humans came into the picture. There’s a lot of noise out there in the scientific community that global warming isn’t a real thing - that it’s actually just a global re-heating event (similar to the one that occurred after the ice age) and that we shouldn’t be too worried about it. Is there any truth to the claim? Well, you decide for yourself. We’ll give you the evidence of climate change or global temperature rise in the next section.

In 1988, the United Nations took matters into their own hands and organized the IPCC or the Intergovernmental Panel on Climate Change to evaluate the risks of climate change and provide objective information to the government and the academe to be able to create public scientific assessment reports on climate change.

Their first release was in 1990 and since then, they’ve continued to issue more and more foreboding warnings on the state of the world and its climate. Why do we say that? Because the IPCC made its strongest statement yet in 2008 and concluded that the warming of the global climate is undeniable due to the observed increases in greenhouse gas concentrations from human activities all throughout the 20th and 21st centuries. 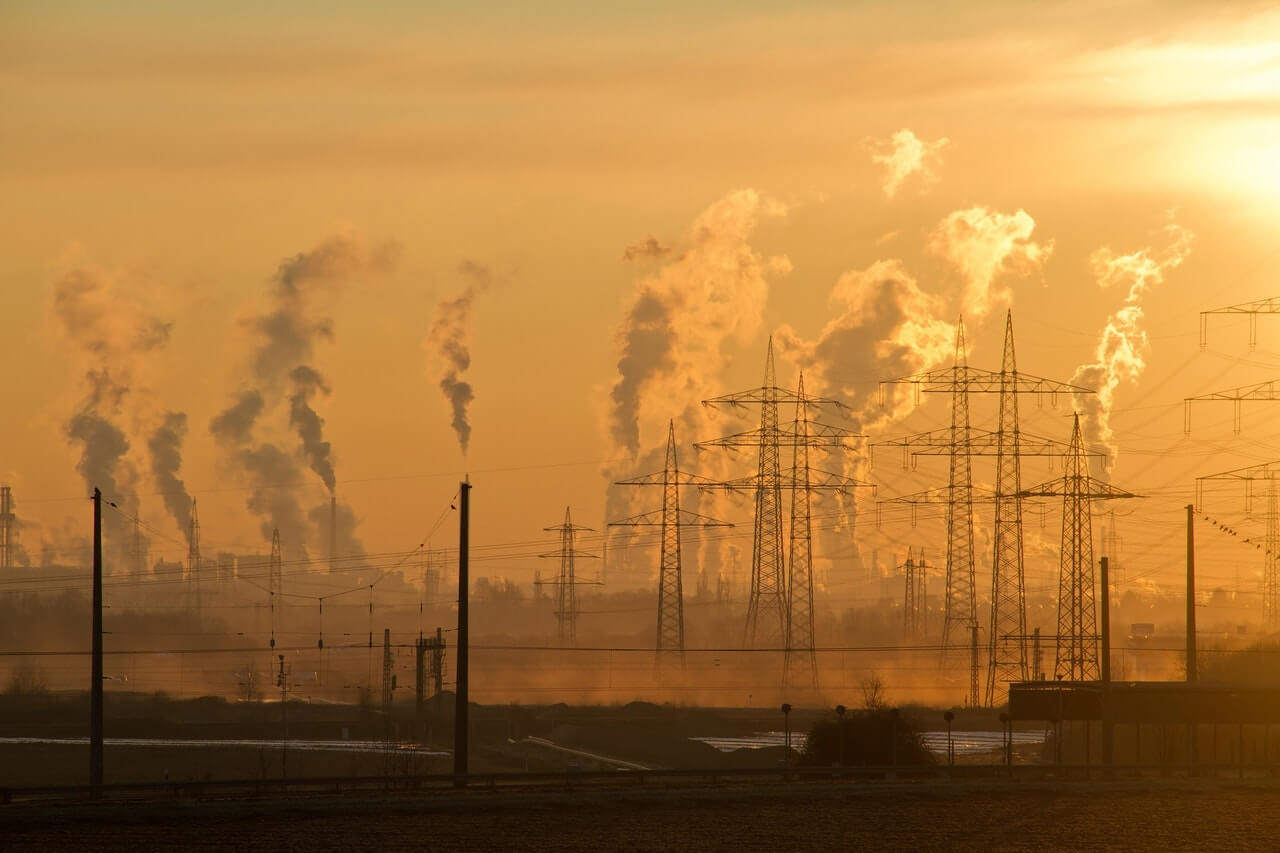 Their report finds that over the last 150 years, there’s been an increase of 0.74 degrees C. This steep increase in global temperature since the 1960s has been causing worldwide concern, especially for developing countries like the Philippines which continue to be poor but developing as we navigate the dangerous terrain and adverse impacts of even the slightest incremental changes in the world’s temperature.

Why Is Climate Change So Important?

Many people believe that climate change is the defining issue of our time and that right now, we are at a crossroads where we have to decide just how much of the world we want to save for future generations.

Here’s a quick look at what will happen if the weather patterns continue to shift and we don’t do anything about it:

These are just some of the many issues that will plague us if we continue to don't tackle climate change. Specifically, in the Philippines, the country’s vulnerability to natural disasters and dangers will only increase as the climate continues to worsen.

If sea levels continue to rise, for example, coasting flooding will pose great threats to the urban poor, where many live in makeshift shelters that, admittedly, will not be strong enough to withstand heavy flooding. This holds especially true in the Philippines, whose sea levels rise at roughly twice the average rate of the reported global rate. 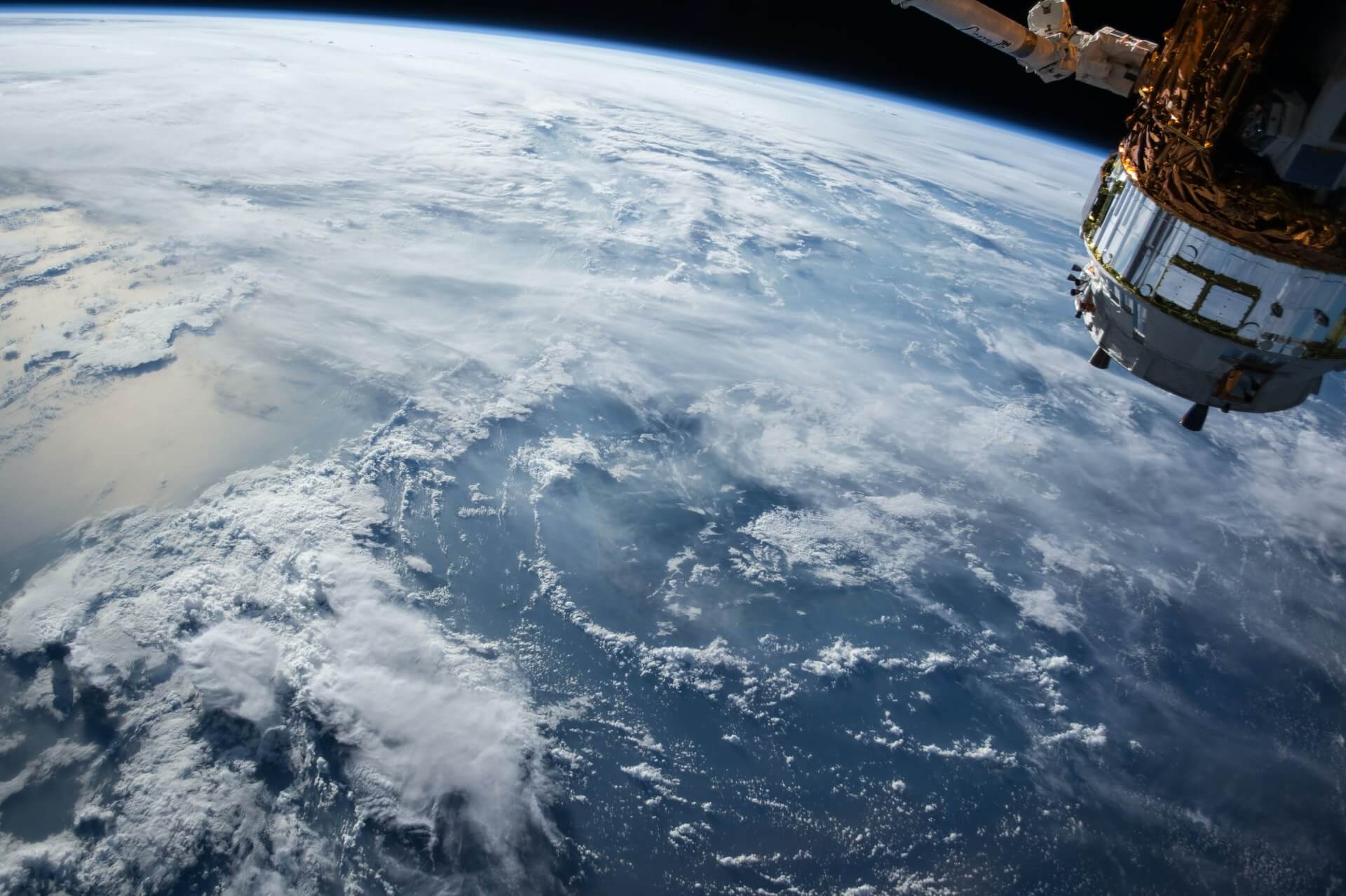 What are Companies Doing Right Now To Mitigate Climate Change?

The first step that companies have to do to achieve this is to take inventory and analyze their greenhouse gas emissions. There are many private agencies that do this for them so they don’t have to do it themselves.

From here, they can reduce energy consumption or even give renewable energies a go. Of course, under this, you’ll have to learn to do simple stuff like turning off the lights in the office at night or taking devices off the plugs when you aren’t using them.

This also holds true even when you’re using renewable energy sources such as water or solar power. The company could choose more environment-friendly infrastructure utilities and equipment that can just as easily serve the same purpose as their greenhouse gas-producing counterparts, fossil fuels. Take, for example, a fleet of hybrid or even purely electric vehicles that can take employees to and from their destinations.

Technology has gone so far that you can’t even tell the difference between electric vehicles and their gas-guzzling counterparts.

More than these, however, perhaps the best thing you can do as a company to help address climate change is to choose sustainable suppliers and partners. Running a business is almost never a truly solely venture, you will have to deal with other businesses that will also affect the environment, whether in a good or bad manner. Just make sure that when the time comes for you to pick a manufacturer or supplier, that they have sustainability practices and CSR certification in place and that these are important values that they hold within their company.

What Can We Do To Address Climate Change

On a personal level, there are definitely things that we can do to make a positive impact on climate change. Even if we’re just one person, you can be surprised to see just how many emissions we have coming out of us. That’s why we should look to do the following steps 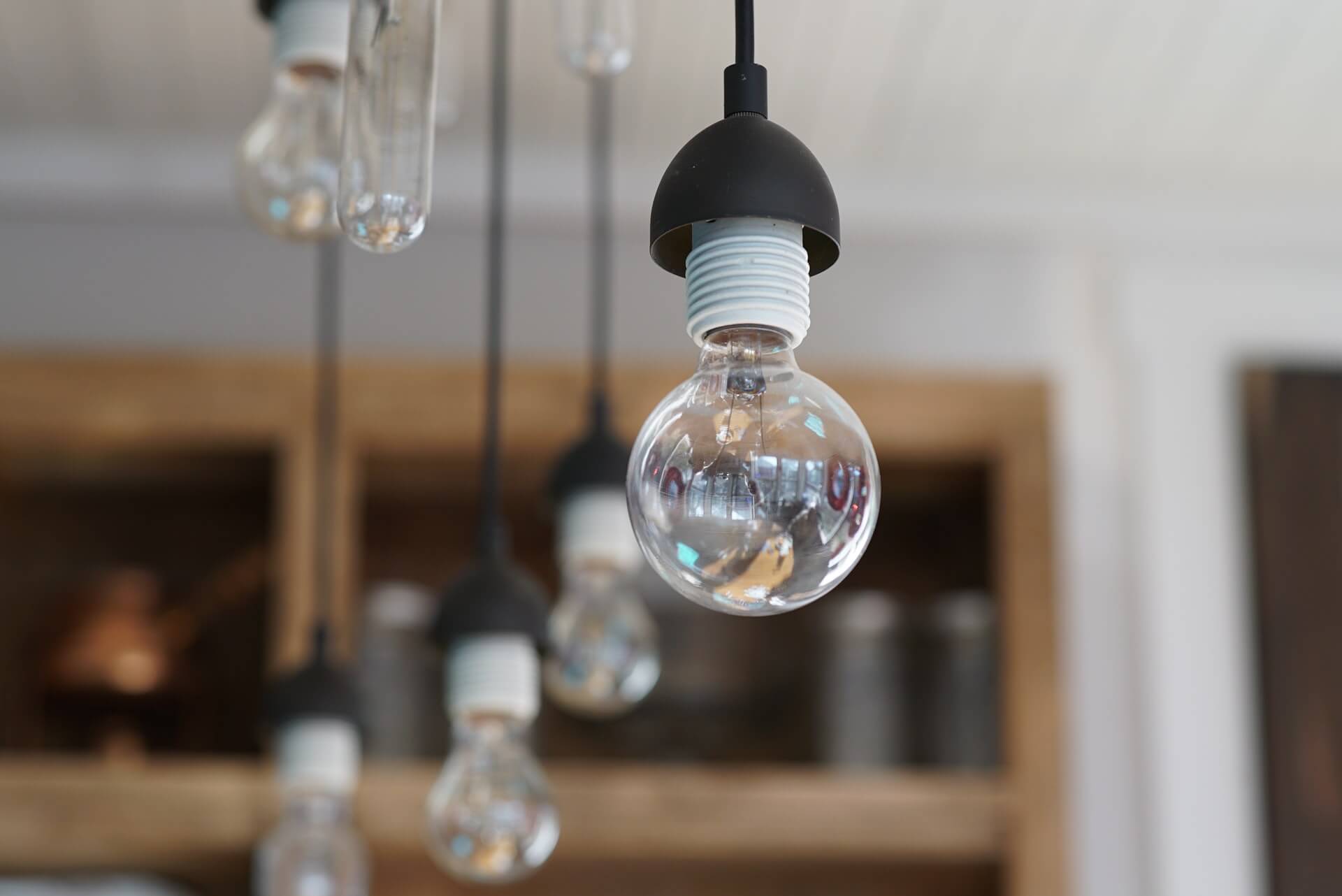 Learn About Your Greenhouse Gas Emissions

Similar to the steps we talked about for big companies, household individuals should also take the time to take a step back and take into account all the carbon emissions we produce just during our daily routines. There are actually a lot of online carbon calculators that help you do this. That way, you also don’t have to break your back looking for the nearest scientist to explain just how much carbon emissions you create on an annual basis.

After you’ve taken a look at your emissions, it’s time to figure out which things in life you can cut down on. Most likely, the average individual would be able to cut down their carbon emissions in half if only they commuted or planned or combined trips all in one go. If you haven’t noticed transportation is one of the largest and leading causes of climate change out there. So, if you have a  lot of driving to do today, such as needing to go shopping or run errands in a far-off place that you, understandably, wouldn’t be able to get to by foot or bike, make sure that you combine all of them together into one trip so that you could do it today. 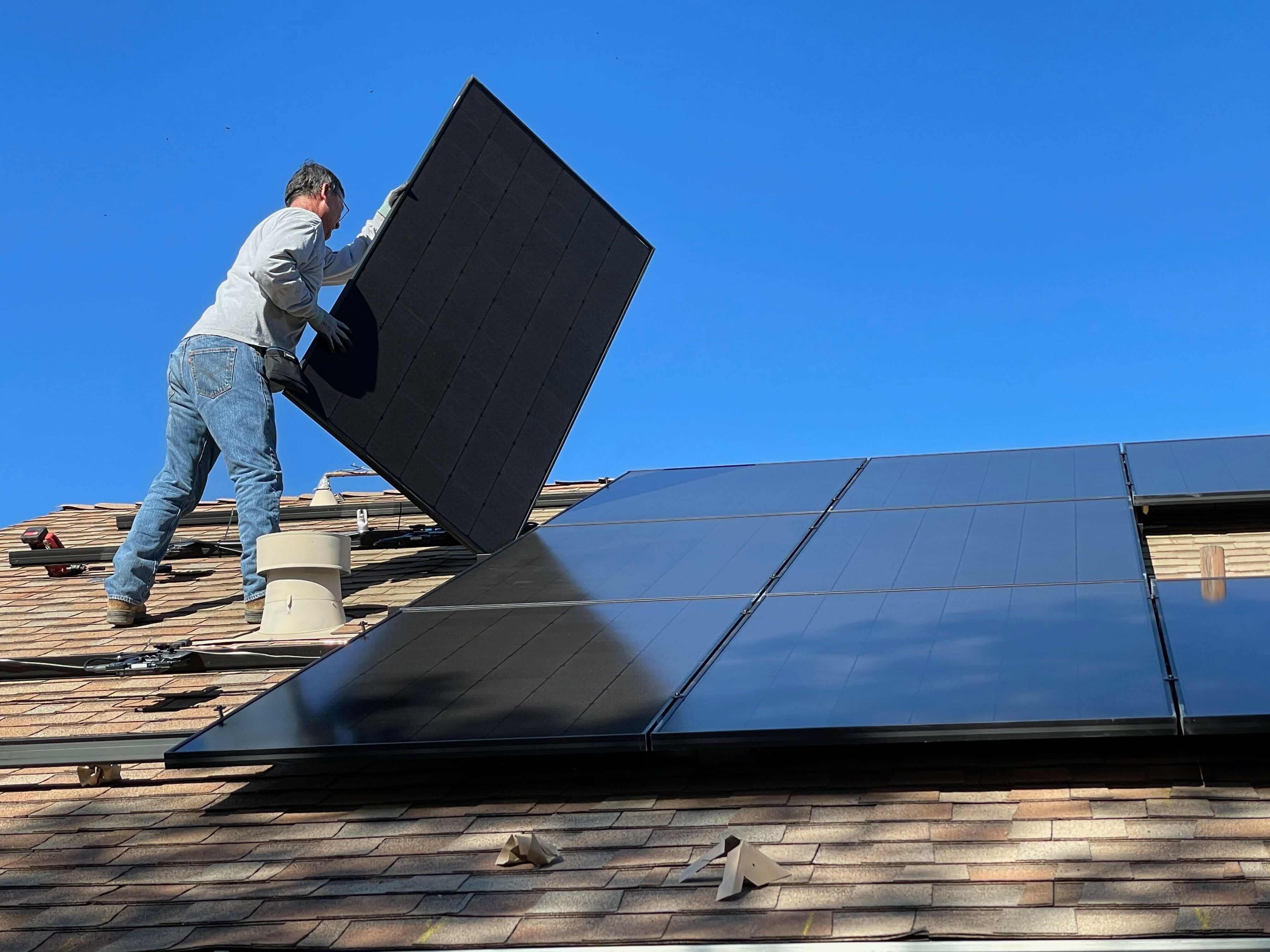 If you don’t think you could cut down your carbon emissions in half by revamping your daily routine, then would you possibly consider switching to alternative power sources for your home? If you have a garden or use a fan at home, for example, try to get solar power versions. Yeah, you’ll occasionally have to charge them up and bring them outside but in the long run, switching to alternative power will definitely be worth it. The best place to start is outside, where you’re equipment will have lots of access to the sun so obviously, in this situation, it would be much better to have the solar-powered instead.

Don’t worry, it also comes out as cheaper (most of the time). You’ll end up saving a lot in the long run.

Speaking of outdoors, yards and gardens, Crown Asia is the perfect place for you to start your journey towards greener living today, with all our lots and houses for sale. Think about it, to get solar power, you’ll need a huge yard with tons of space. If you check out our website, you’ll find that the homes Crown Asia has to offer have exactly that and so much more. With the helpful community we have surrounding us, there are bound to be tons of helpful neighbors all eager to put in a helping hand. What more could you ask for that can’t be found in Crown Asia?

Related Blog: Eyes on 2030: Initiatives on Cutting Down Carbon Footprint