The Philosophy of a Genkan or Mudroom in a Home

Depending on the culture, there is a specific architecture for the various structures used by society. In Japan, the architecture of their house and lot have their own unique features. Aside from their environment and the lifestyles of their people across history, their architecture was “developed with influences from China and the Korean Peninsula.”

Primarily, Japanese architecture is characterized by “wooden structures, elevated slightly off the ground, with tiled or thatched roofs.” Instead of walls, sliding doors called fusuma were used for functionality and maximized the use of spaces for various occasions. Furthermore, other features of Japanese residential architecture include the following: 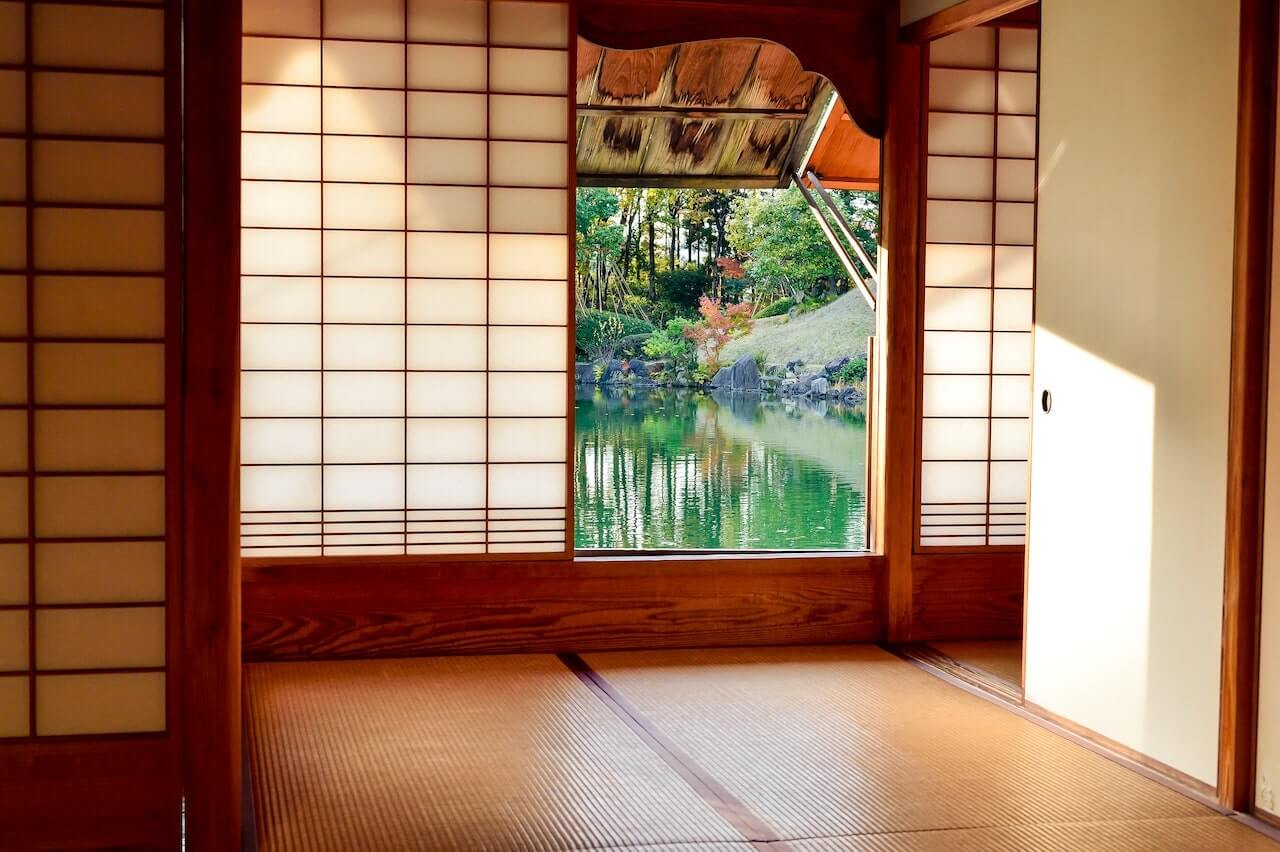 A tatami is a mat covering the floor of a Japanese household. It is typically made out of a “thick straw base and a soft, finely woven rush cover with cloth borders.” Part of Japanese culture’s history is the practice of sitting on the floor in their house and lot, influenced by how chairs were not typically used before the 20th century. This also includes sleeping on the floor. Given this, a tatami is frequently used and is therefore vulnerable to wear and tear, therefore it has to be replaced when needed. 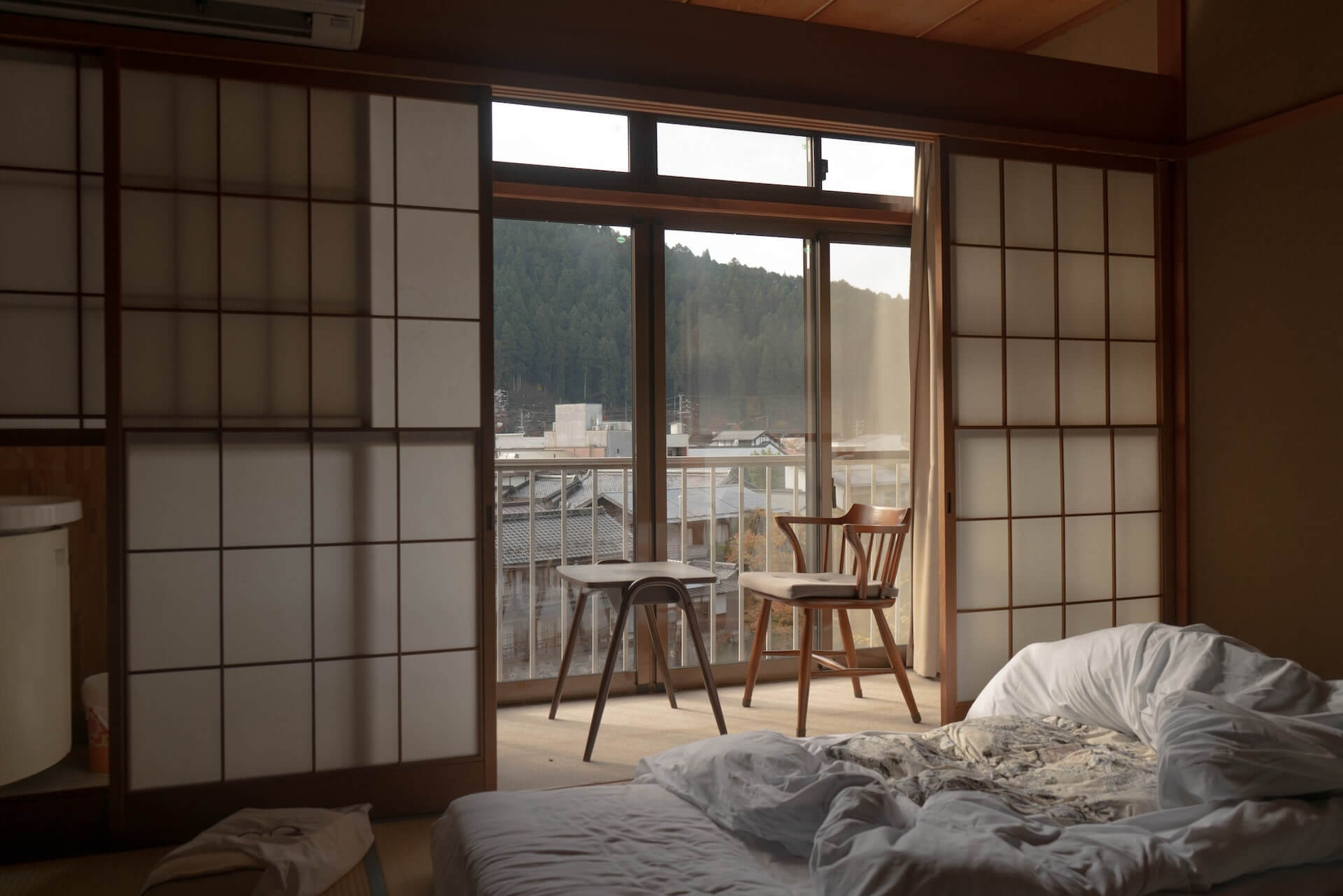 A shoji is the “sliding outer partition doors and windows” in a Japanese household. They are characterized by their “latticework wooden frame covered with a tough, translucent, white paper.” The white paper used for the shoji allows light to be “softly diffused” between rooms, making it have the quality of being able to maximize light sources or natural light in their house and lot. Although when summer comes, they are usually removed and the doorway is left open because of extreme humidity in Japan. 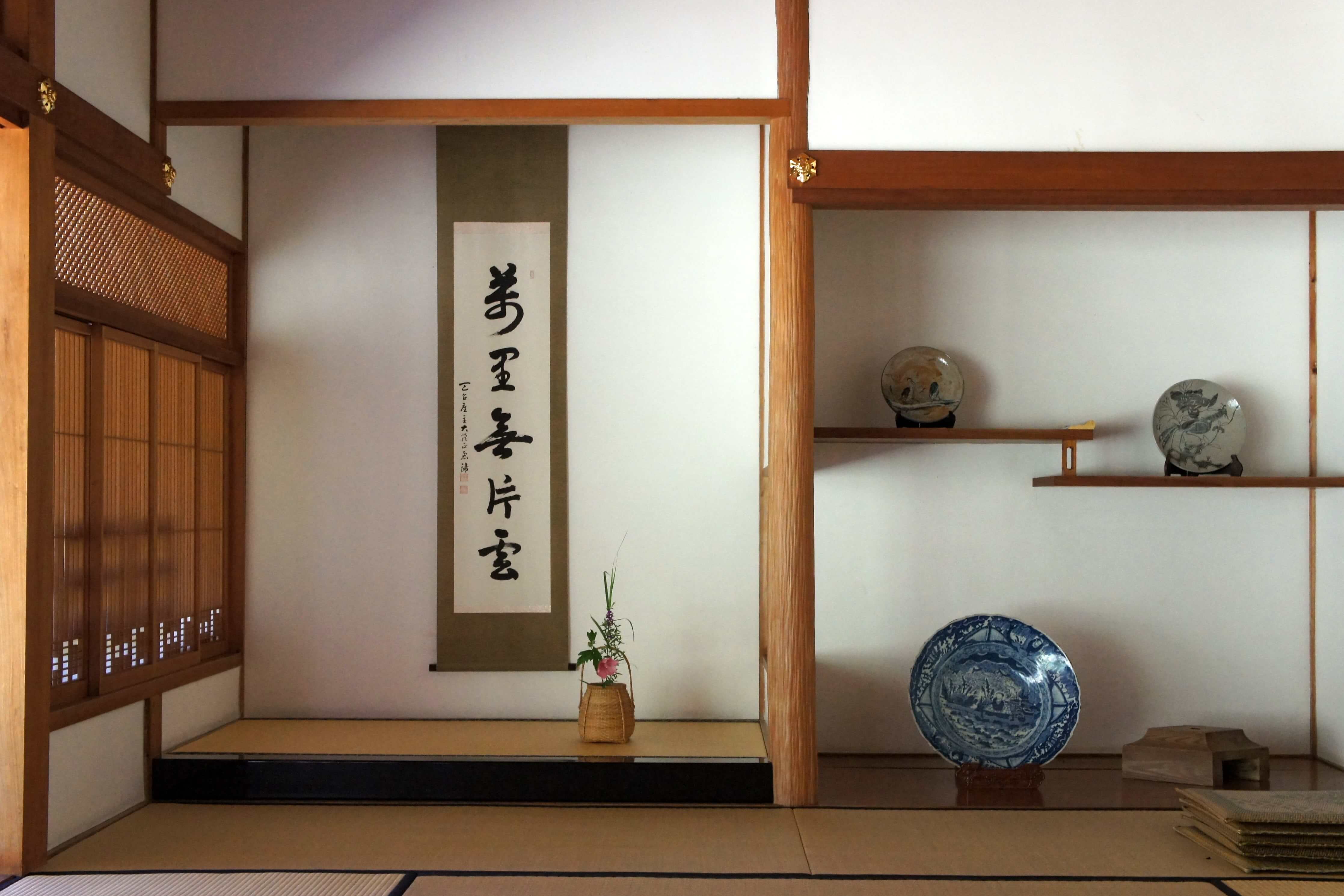 A tokonoma or an “alcove” in a “Japanese room,” is purposed for room décor and interior design in a house and lot. These include “flower arrangements, paintings, pottery,” and similar decorations.  In Japanese architecture and history, the tokonoma is a feature of the “shoin architectural style” that originated in the Kamakura period from 1192-1333. 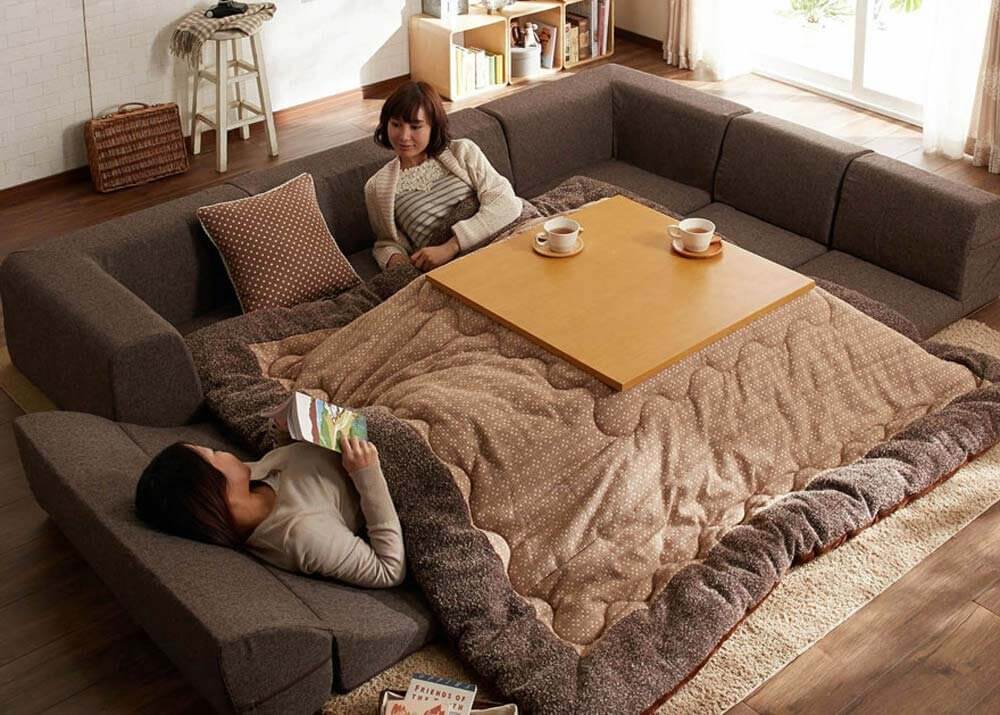 A kotatsu is designed to “keep the lower half of your body warm with a space heater as you dine.” Generally known as a “heated table,” the kotatsu is a table that has an electric heater placed under the center of a table, in which a blanket hangs over the edges of the table to trap heat under the table. People using a kotatsu in their house and lot would insert their legs underneath the blanket hanging over the table and have their legs warmed, typically as they ate food.

What Is a Genkan?

At present time, the aforementioned features of Japanese architecture are not always included anymore in Japanese households, however one feature of Japanese residential architecture is still widely used: the genkan.

The genkan is basically the room where members of the household or guests leave their shoes before entering the rooms of the house and lot. Found in many places in Japan, including “certain schools, hotels, traditional restaurants, clinics, and virtually every Japanese home,” the genkan is simple, yet functional; and is imbued with the richness of Japanese culture. 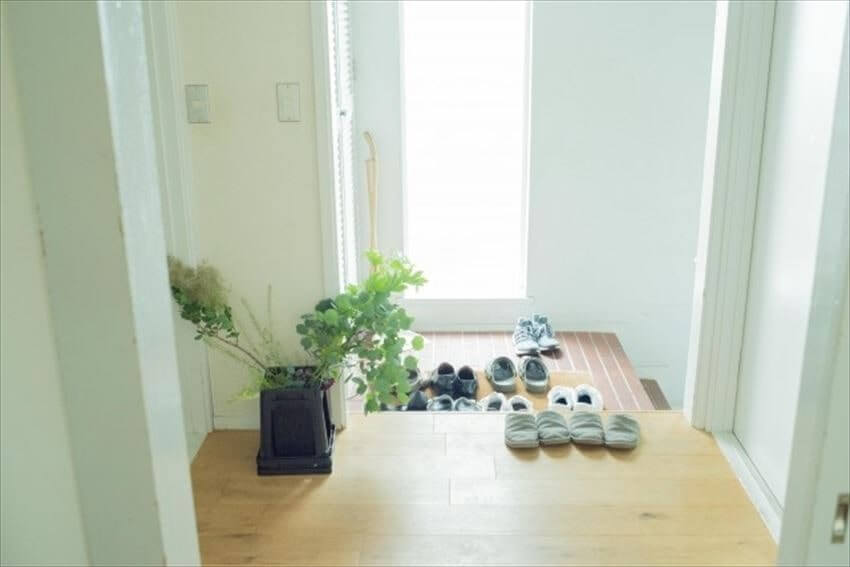 What is the Purpose of a Genkan?

In Japanese culture, their history of seating and sleeping on floors has influenced the different elements of Japanese architecture. From the use of a kotatsu to warm their lower bodies while dining or lounging, to the use of tatami to cover the floor, Japanese culture is shown to have an “intimate relationship with the floor” in a household. Therefore, the genkan ties all of this together by forwarding the simple practicality and tradition of removing one's shoes in the genkan so that the floor in the rooms is not soiled or dirtied.

The genkan, or a mudroom in other cultures, is always the first room accessed when going into a Japanese household’s entryway. The word genkan comes from middle Chinese which is literally translated into "front door." The floor of the genkan is at a much lower level than the rest of the house’s rooms. The genkan floor level is built this way because it centers around the idea that the area within the genkan and the items stored in it are a “token of the outside,” in which the elevated floor past the genkan in the house proper is what constitutes the “inside” of the household. A Japanese house usually has a tiled or concrete genkan floor. Found also in the genkan are large shoe cupboards and a small closet for some outdoor wear.

Hence, items that are used outside like “coats, shoes, umbrellas, sandals,” and the like are placed in the genkan. They usually use their bare feet or other footwear such as slippers or shoes intended for indoor wear instead of the person's outdoor shoes. In addition, the genkan also allows for better organization regarding where footwear can be removed and left for storage. 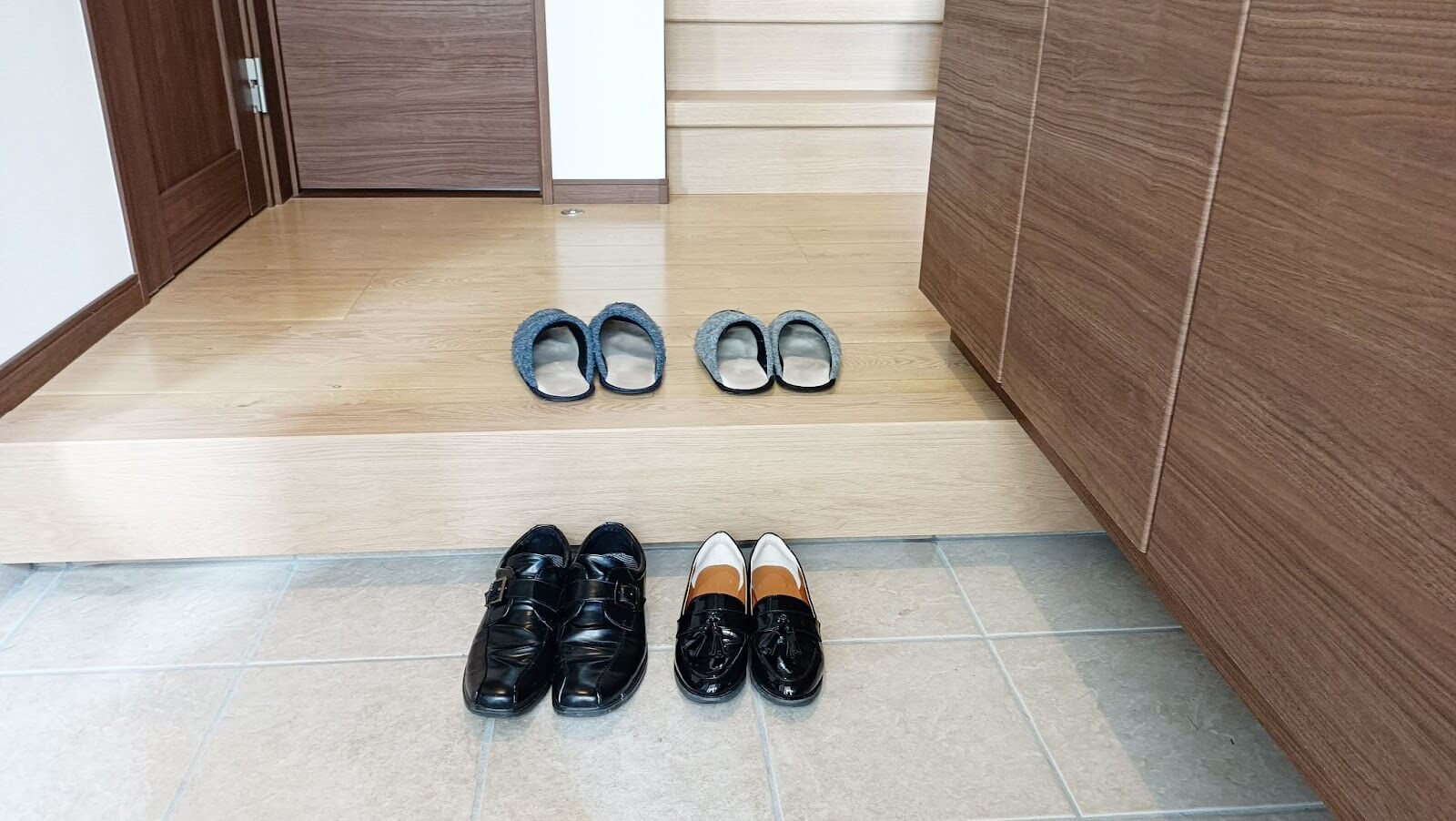 The genkan in Japanese culture has proper etiquette regarding its use. An individual cannot just place their footwear anywhere in the genkan, for there is a proper way of doing so. The “right way” is to “toe and heel your shoes so that you step out of them gracefully.” This way, you leave your shoes down on the “outer floor of the genkan while you step up directly from your footwear into the home” without having your socks touch the “outside floor.”

This etiquette is mainly a “cultural ideal” regarding “Japanese views” towards the “inside and outside” of a household or house and lot and the idea of cleanliness. 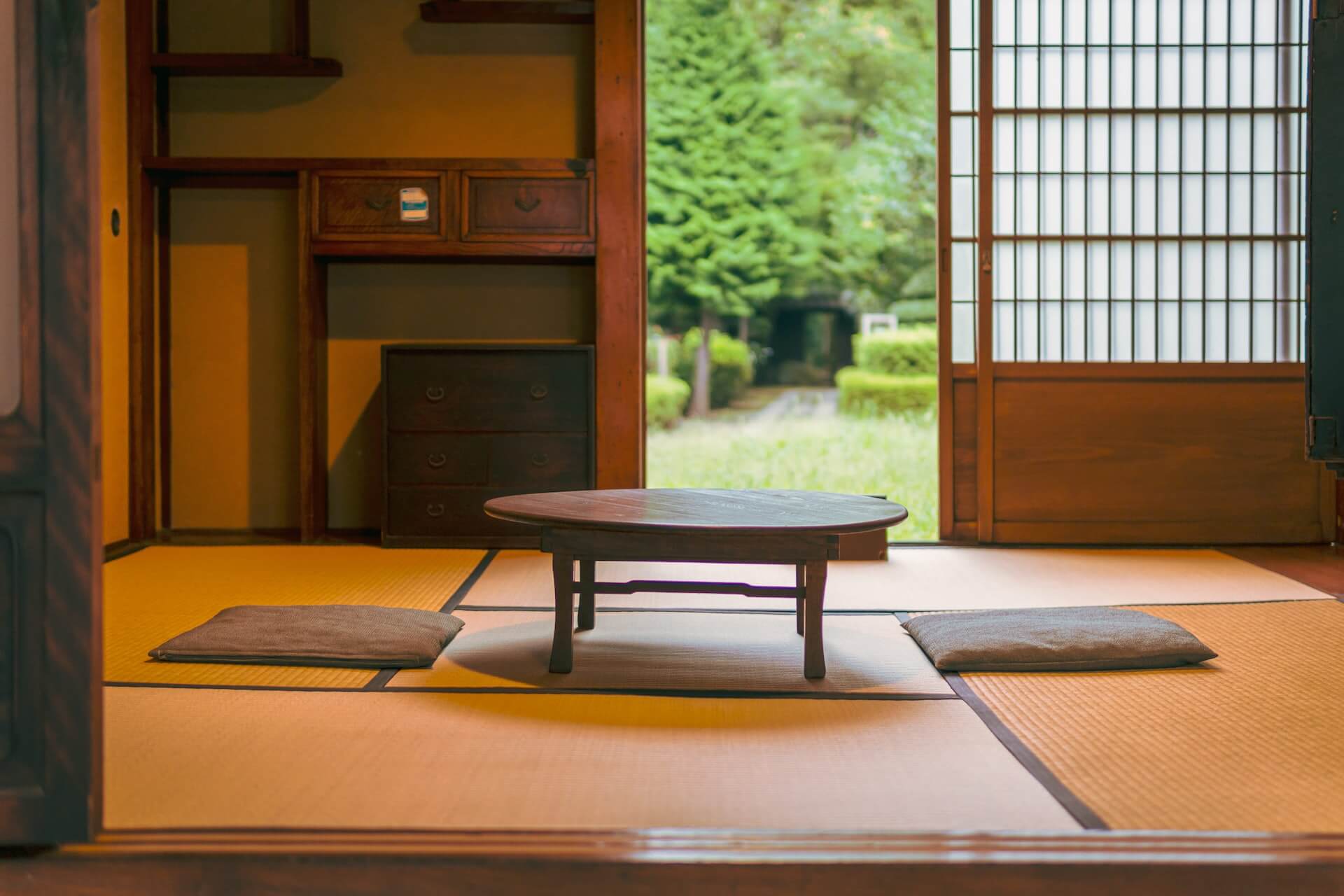 Benefits of Having a Genkan

The genkan is purposed to ensure that the rooms inside the Japanese household are not dirtied by the footwear that has been used outside of the house. Therefore, the main benefit of a genkan is the practicality of room cleanliness through its use. A simple room like the genkan can prove its use in various scenarios.

For example, the genkan serves as a barrier to the “outside and inside” of a Japanese household. Therefore, a visitor that does not have a plan of entering the “inside” areas of the house and lot can just stay in the genkan; this is applicable in cases wherein the visitor is waiting for a person who is in the “inside” rooms of the house. The genkan also allows situations wherein “informal business” or casual transactions like having a short conversation with a visitor from the “outside” who does not plan to enter the “inside” of the house is possible. Moreover, the genkan also allows situations like paying bills.

The utility derived from a genkan ensures cleanliness and organization in various situations, so why not consider having one in your house and lot?