The UEFA Champions League is UEFA's biggest club competition, with the best football clubs from across Europe competing for the title of European champions. The European Cup, as it was then known, began in 1955/56 with 16 teams competing. In 1992-93, it was renamed the Champions League, and it has grown in popularity over the years, only 16 clubs competed in the initial event, which was known as the European Cup until 1992. It consisted of four elimination rounds (first round or the round of 16, quarterfinals, semifinals, and final). The competition was increased to 32 teams with an additional round in 1960, but the rest of the structure remained the same. The event was renamed the UEFA Champions League in 1992, and the first round was replaced by a group stage by UEFA or the Union of European Football Associations. The UEFA Champions League is a football competition in which 32 teams play in five rounds for the title of finest club in Europe. The group stage of the 2021–22 UEFA Champions League began on September 14, 2021, and will conclude on December 8, 2021. The group stage of the 2021–22 UEFA Champions League will feature 32 clubs competing for 16 spots in the knockout phase. Imagine this big event is happening live on the screen, a nice living room should be built for us to experience the live feeling of the sport, condo units can be a start for having a great living room area, condo for sale is just around the corner. 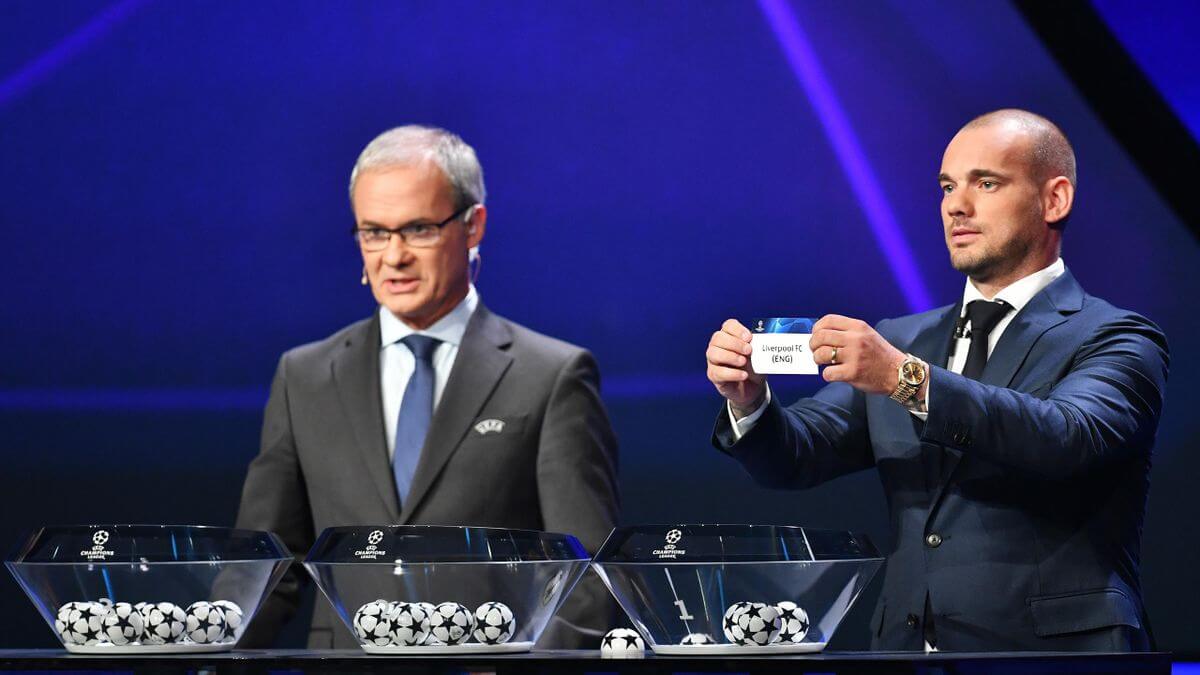 Champions League Round of 16 Draw | Photo from eurosport.com

How teams are selected in the UEFA Champions League

The number of teams each association enters in the Champions League is determined by the member associations' UEFA coefficients. The results of clubs representing each association during the last five UEFA Champions League and UEFA Europa League seasons are used to calculate these scores. The higher an association's coefficient, the more teams it will send to the Champions League and the fewer qualification rounds its teams will have to compete in. The highest-ranked associations get the most teams in the competition. Since the 2009-10 season, the UEFA Champions League has offered two "streams" of qualification to teams who do not qualify directly for the competition. The two streams are separated into teams that qualified as domestic league champions and teams that qualified as second through fourth in their domestic league. Each qualifying stream earns five teams a spot in the group stage. The remaining 22 teams qualified by default, either as defending UCL champions, defending UEL champions or through their respective domestic competitions. At least one berth is guaranteed for each of the top 12 ranked associations in the UEFA rankings, with more spots being granted as a league's coefficient rises.

The format of the competition

The 32 teams are divided into four "pots," with the exception that clubs from the same association cannot be pitted against one another. The teams were seeded into four pots for the draw based on the following criteria:

• The remaining teams are seeded in Pots 2, 3, and 4, according to their 2018 UEFA club coefficients.

After that, a team is picked from each pot until eight groups of four are formed.

The next part is the group stage, group stage is a double round-robin format in which the 32 teams compete. The winners and runners-up in each group advance to the Round of 16, which is the first round of the knockout phase. The teams are ranked according to their point totals. For a win, three points are awarded, one point for a draw, and no points are granted for a loss. The third-placed team goes to the UEFA Europa League.

A team is picked from each pot to decide the matches, with the exception that a previous round winner and runner-up from the same group cannot be drawn together again, and clubs from the same domestic league cannot face each other. Clubs are not divided into distinct pots in the quarterfinal and semifinal draws. As a result, any remaining club, regardless of whether they were the group winner or runner-up, played in the same group during the Champions League group stage, or are from the same domestic league, can be drawn together. Because the quarterfinal and semifinal draws are done simultaneously before the quarterfinals, the quarterfinal winners are unknown at the time of the semifinal draw. Each round of the knockout phase, with the exception of the final, is divided into two teams. The teams play two matches, with each squad playing one match at home. Each match is known as a "leg” and in the round of 16, the group winners will host the second leg. The side with the most goals in both legs progresses to the next round. The away-goals rule is implemented if the aggregate score is equal. As a result, the team with the most goals away from home in the two legs advances. Extra time (an additional 30 minutes) is played if both home and away goals are equal. Following extra time, the away-goals rule is re-applied. As a result, if goals are scored during extra time and the aggregate score remains the same, the visiting team advances due to the higher number of away goals. 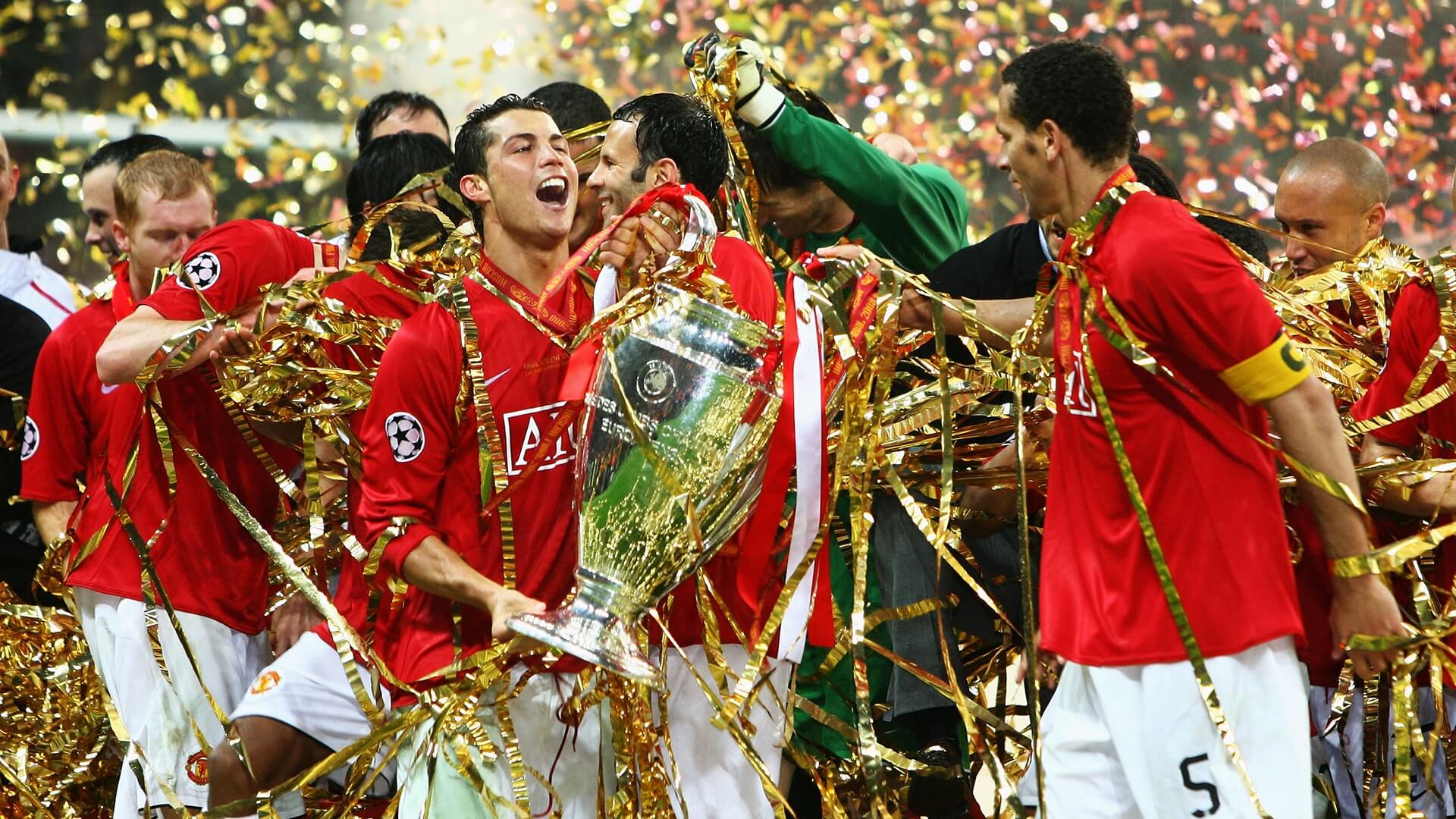 The champion of the 2020-21 UEFA Champions League was Chelsea Football Club situated in Fulham, West London, is an English professional football club. The club was founded in 1905 and currently competes in the Premier League, England's highest football league. Chelsea is one of England's most successful clubs, with over thirty competitive titles to their name, including six league crowns and eight European titles. Stamford Bridge is their home ground. Still playing in the team for this year’s league is the best player of last year’s competition Jorginho the midfielder of Chelsea and also a player for the Italy national team. 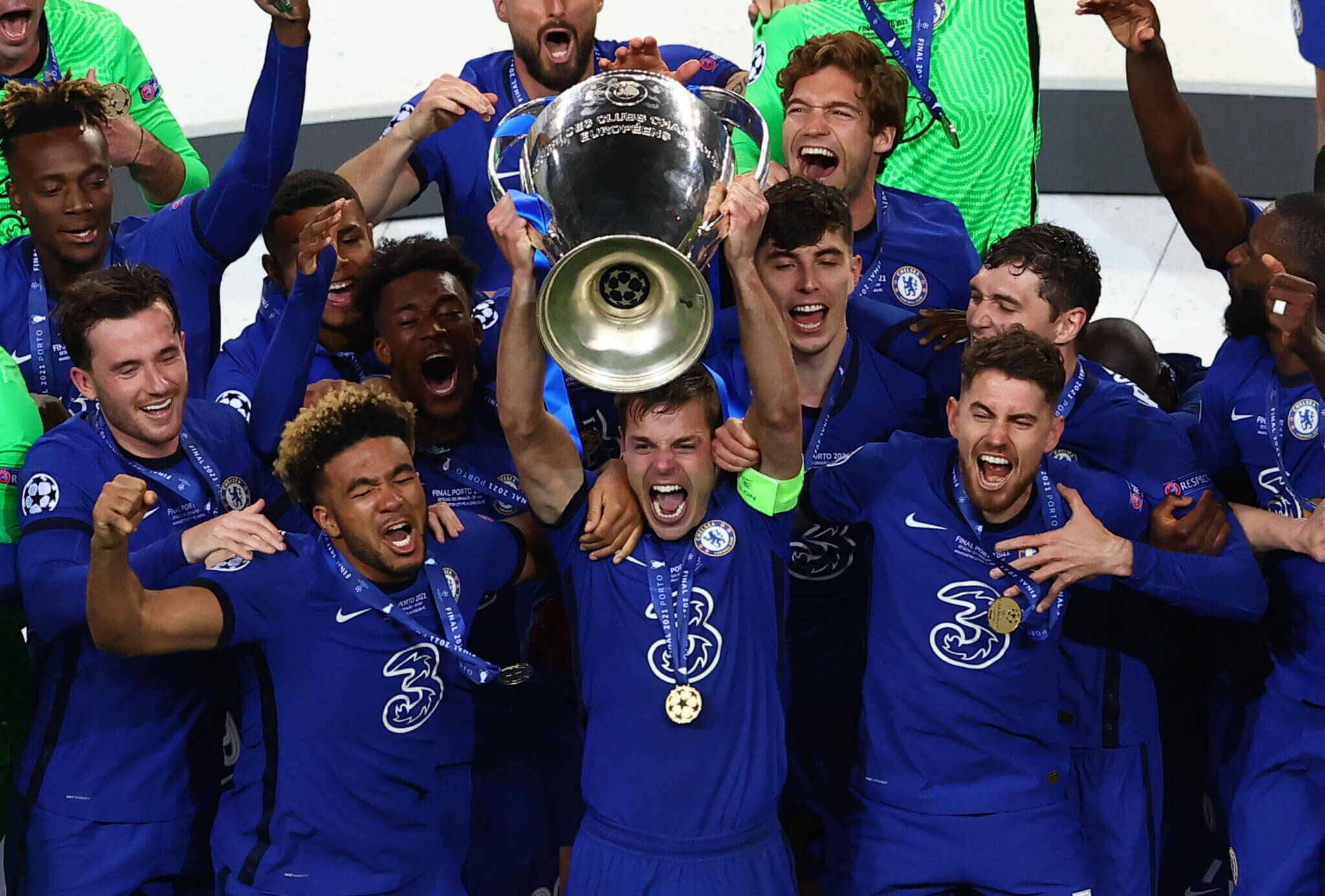 The major competition in the league is who we call the all-time title holders Real Madrid, a Spanish professional football club based in Madrid. Currently holding 13 Champions League trophies from the years 1956, 1957, 1958, 1959, 1960, 1966, 1998, 2000, 2002, 2014, 2016, 2017, 2018. Lastly, the team who is considered as the crowd favorite, Manchester United with 3 titles and 2 runner-ups, with their team captain this year Harry Maguire, is claiming and manifesting the win for the years league. Never count them out as the Champions League all-time top scorer, Cristiano Ronaldo is still with the Old Trafford club. Other favorites are Man City, Liverpool, Chelsea, and Bayern Munich. All are through to the Round of 16.

Watching your favorite sport is one of the best feelings. While watching it live is the greatest achievement a person can have, but watching it live on screen is also a big move to start. Watch together with your friends and family on the big couch or in the nice living room you have. Watching it in a condo with your friends is also suggested, looking up a condo for sale would be a better move. In watching sport especially the Champions League, it is important for the viewers to feel the excitement as if they are in the stands because in the sport we must feel excited and happy while watching it.