Sri Lanka Bankruptcy: Will It Happen to the Philippines?

For many people, the biggest fear they have in life, aside from death, of course, is to lose all their financial stability and live their life either paycheck to paycheck. It’s just such an unfortunate situation to be in, having to be in a constant flux of fear and detest, uncertain of whether you’ll be able to place food on the table for the family.

Now, imagine that on a scale: the government. Bankruptcies are considered negative information on your credit report, as they can affect how future lenders view them. When a government goes bankrupt, all kinds of processes happen, a government will restructure the bondholders and make agreements on how to continue operating within the confines of their new financial situation.

What happens in extreme circumstances? Well, when a country is truly unwilling or unable to pay, bondholders just have no choice except to accept that they're never going to get paid.

Is that clear? No? Well, that’s totally fine. In today’s article, we cover a prime example of government bankruptcy too - Sri Lanka.

What does bankruptcy mean?

In professional concepts, bankruptcy offers an individual or business a chance to start fresh by forgiving debts that simply cannot be repaid while also giving creditors a chance to obtain a measure of repayment that is based on the available assets for liquidation.

Why even let this happen? Because the idea behind this is that it benefits the overall economy because it provides individuals, businesses, and governments with the opportunity to gain access to credit and provide creditors with a portion of the debt to repay. 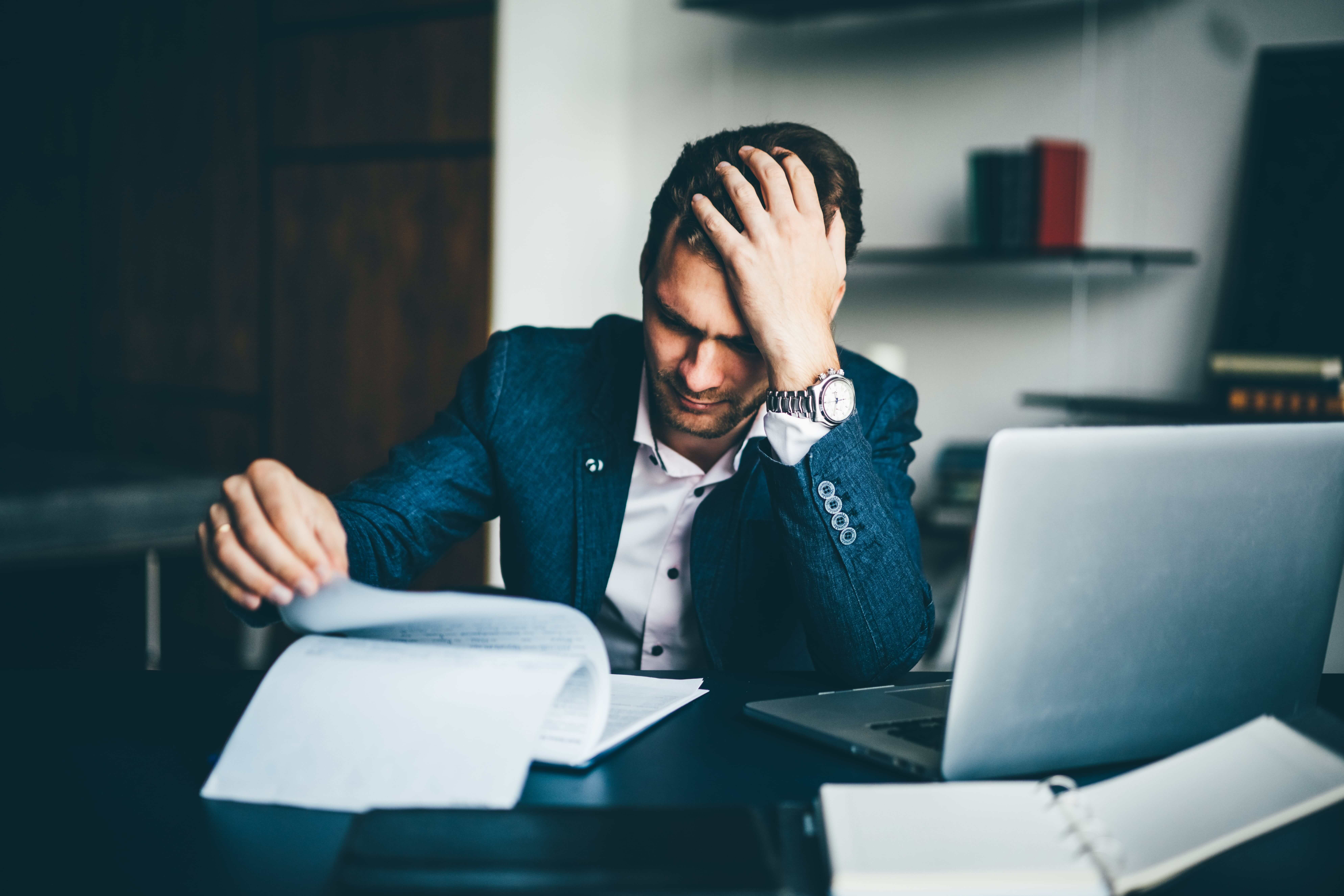 In some cases, they even provide some funds for the file on top of being relieved from debt obligations that were incurred prior to filing bankruptcy.

A bankruptcy case for a government, however, operates a little bit differently. There are two things that are assumed to be false assertions here. For one, when a country fails to repay its debts, it does not go bankrupt, it simply defaults on the loans. Secondly, the government, not the country, defaults.

While it may appear that a country that defaults is a very uncommon experience and thus something that should be worried about. Don’t worry, most countries have defaulted or restructured their debts at some point during their history. Need more proof? Greece was actually the very first country to default on its debt and it did that in 377 BC.

Greece has defaulted on its debt for about half of its history, dating back to independence in 1829 to the Greek debt crisis in 2009. This seems to be a common occurrence among EU countries as Spain has since defaulted the most times among all countries with 15 defaults between the eighteenth and nineteenth centuries, a crazy number for any country no matter how long they’ve been up.

Member nations of the International Monetary Fund or the IMF often seek a bailout from them before they default on their loans, as the IMF not only provides financial resources but also the technical experience to handle the bailout program. Taking into account the fact that so much help is required for the country, it’s only safe to say that bailout money never actually comes without strings attached, reduced spending, currency depreciation, and trade liberalization are all outlined in the Washington consensus for the countries looking to seek aid from the IMF.

What happens to an economy that goes bankrupt?

The ramifications of a government going bankrupt are plentiful and negative. When the government goes into default, loss of principal and capital as a result of debt cancellation and restructuring is the obvious outcome. Government defaults result in soaring inflation, unemployment, and the obvious political pressure coming from the people, which is understandable considering the immediate economic crisis that they are in. 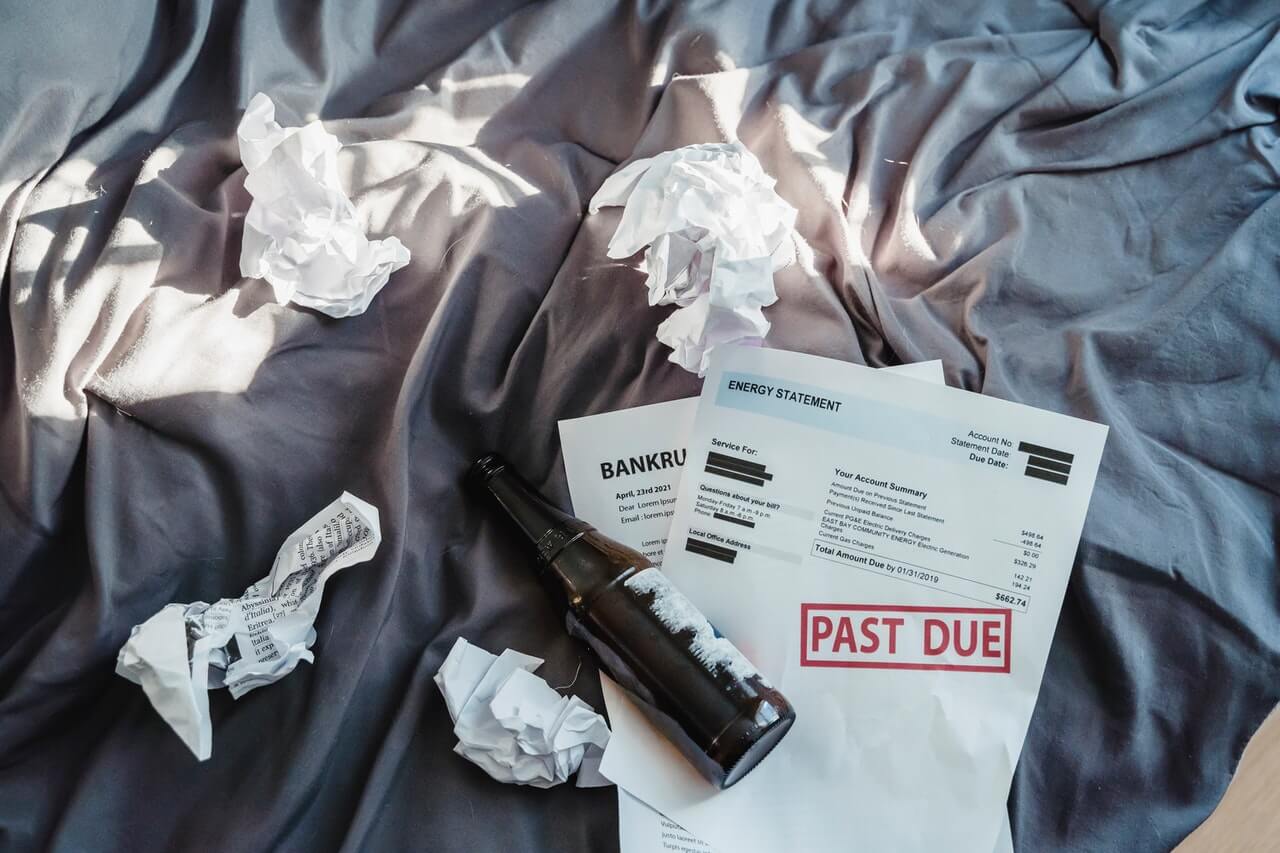 If you add that to the fact that domestic banks hold the majority of domestic debt, then you’ll be able to find that banks occur as a result of the lack of faith within the financial system. Think about it this way, if you knew that the government was going bankrupt and that they couldn’t be trusted to handle the money, why would you trust them to handle the financials?

Capital controls are in place to prevent this, with the government looking to limit the amount of money that each depositor can withdraw. Why? That’s because the money doesn’t actually have hard cold cash in their bank, it’s always in a state of constant flux.

If you didn’t know this, then know no - 97% of the world economy today exists as bank deposits, while only 3% is just physical cash. That’s because the money that banks create isn’t the paper money that bears the logo of the government- it’s actually just electronic deposit money that flashes up on the screen when you check your balance at an ATM.

Banks can create money through the accounting they use when they make loans. The numbers you see whenever you check your account balance are just accounting entries in the banks’ computers. In the financial industry, these numbers are what we call liabilities or IOU’s. With the help of technology and the responsible backing of the bank, however, these numbers are just as good as physical notes.

What’s the outcome here? Well, internet banking has basically allowed for these notes to be verifiable substitutes for money.

A prime example of a government going bankrupt is what’s going on with Sri Lanka right now. Amidst the financial trouble that it’s been facing for the last couple of decades, The Sri Lankan government had financially announced sovereign default on its $51 billion foreign debt. This sovereign debt crisis began to be felt as soon as the coronavirus pandemic absolutely torpedoed the government’s tourist economy and the remittances they had. 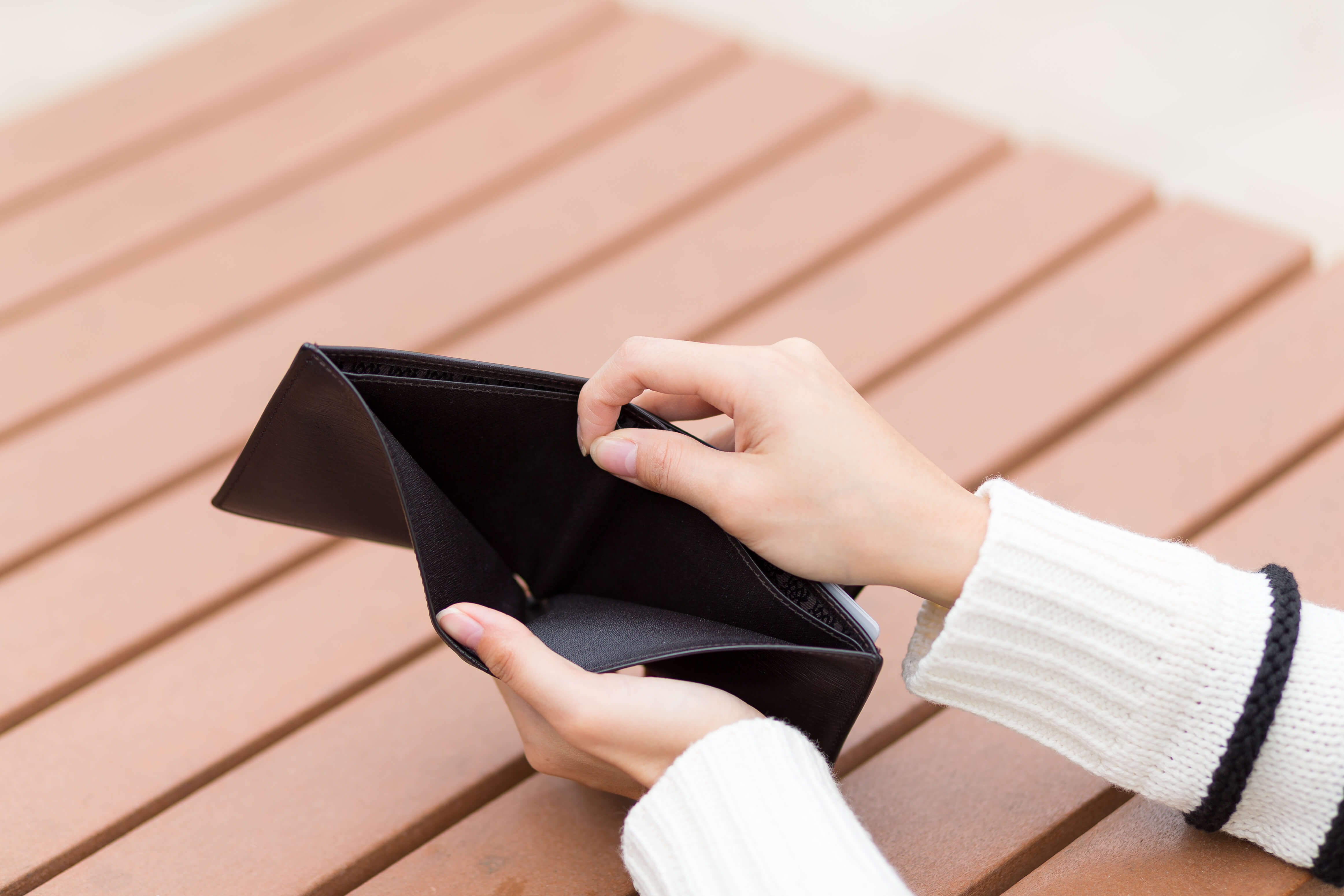 As perhaps the last resort action, the government then imposed a nationwide import ban in a last-ditch attempt to conserve dwindling foreign currency reserves and use them to service the debts that it has now defaulted on. The resulting shortages have, unfortunately, only stoked public resentment of the government, with day-long lines that formed in an attempt to get petrol or kerosene.

What caused the bankruptcy? Well, economists say that the crisis was caused by government mismanagement, where years of accumulated borrowing and ill-advised tax cuts have only negatively impacted the fiscal and financial environment of the country.

Words just cannot describe how negative the impact of this financial crisis is - as Sri Lankans for the past months have been enduring shortages of even the most basic necessities such as fuel, food, and other essentials. As most of these items are paid for in hard currency, a hard thing to come by these days.

On the political aspect of things, authorities are also weathering the increasing storms of intensifying public anger and spirited protests that are all demanding the same thing - the government’s resignation.

Will The Philippines Go Bankrupt?

Only very recently, Philippine Airlines had to file for bankruptcy in New York with what they call a lender-supported plan that helps our country’s biggest airline recover even after the pandemic had devastated global travel. What is the result of this restructuring? Well, they’re looking to cut a little bit over $2 billion in borrowing as well as $505 million in equity and debt financing from its majority shareholders.

Needless to say, there’s definitely a lot that goes on when a company, organization, or country files for bankruptcy and it isn’t as uncommon here in the Philippines as you think. Heck, even the country’s biggest airline filed bankruptcy.

Does this mean that we’re safe here in the Philippines and that we won’t go bankrupt? Let’s take a look at the facts.

The 2010s was undoubtedly a great year for the Philippines - as we had one of the fastest-growing economies in the world and had finally seemed to shed the “sick man of Asia” reputation that we had garnered during the economic collapse of the mid-1980s due to the Marcos regime.

The 2020s brought on an onslaught of new challenges though, due to COVID-19. The very rude awakening brought on by the pandemic to the services and remittances-led Philippine economy did not exactly bode well for us. In a nutshell, the Philippines’ economic growth faltered that year, as it has entered negative growth for the first time since 1999. We experienced some of the deepest contractions in the ASEAN that year.

How To Avoid Personal Bankruptcy

On a more personal note, is there anything that we can do on a personal level so that we make sure that we, ourselves, don’t go bankrupt? Well, here’s a shortlist. 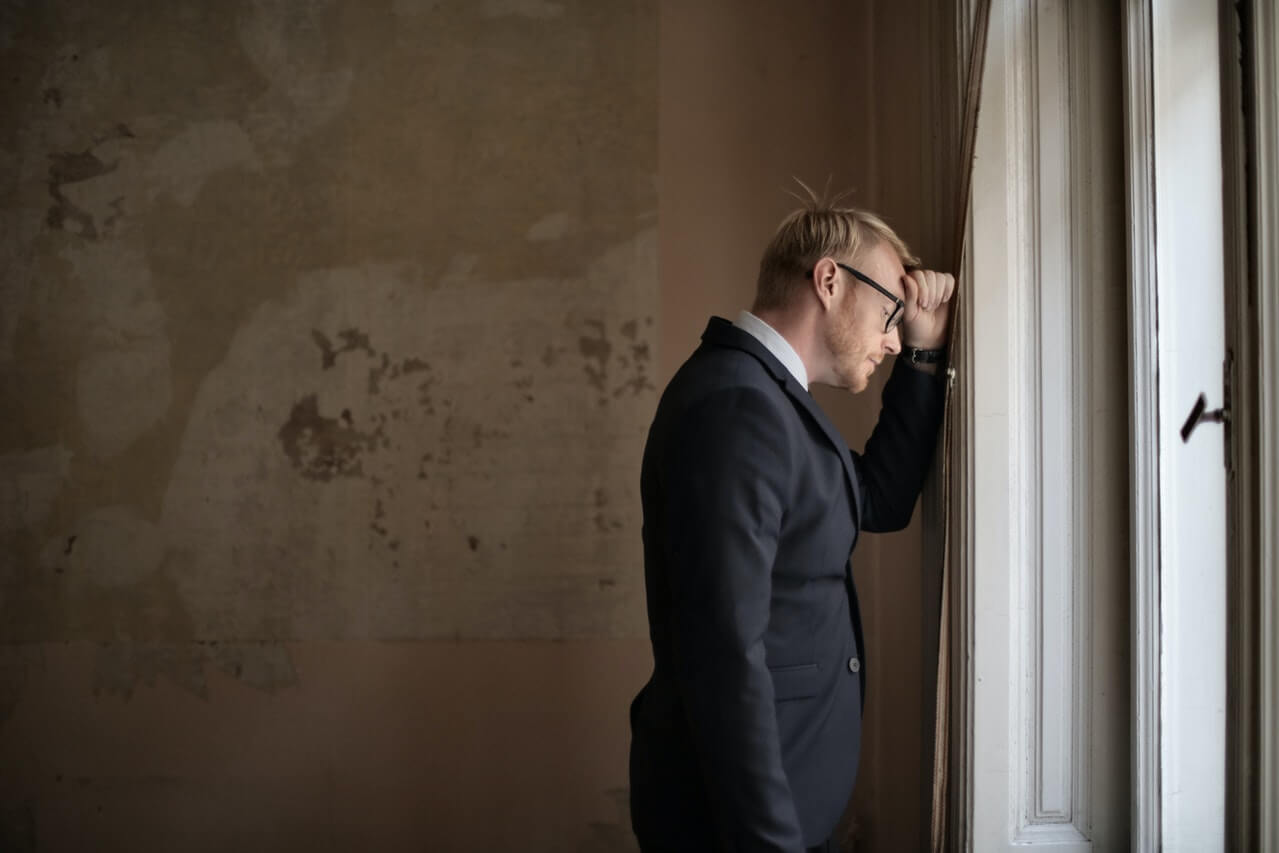 For each of these methods, we’ll go into greater detail in the rest of the article.

Make A Budget and Cut Spending

The first step to avoiding bankruptcy is figuring out how much you need to spend each month - and putting together a budget for this is perhaps the quickest and easiest way to get an idea of what your spending habits are. Take out a list and write down all the expenses you have, And don’t forget to list down and differentiate the things on your list from wants and needs - there’s a time and place for everything.

After you budget and list down your expenses, you might notice that you can’t afford to sustain your lifestyle on an all-cash existence, the most common money grabbers are probably the house you live in, the car you drive, and the vacations you take.

If you find that you live an extravagant lifestyle, take some time out of your day to figure out where you can downsize, be it in your house or car, there’s bound to be something for you to improve on.

This is exactly the stage that home developers like us here at Crown Asia, the Philippines’ leading home real estate developer for the past 25 years, have managed to carve a niche into - the budget-friendly value-providing home and lot owning kind. When you choose a Crown Asia home, you’ll know that you're just not making the right decision for your future but for your wallet as well.

During this stage, asking for help may not be such a bad idea - though make sure that you don’t fall prey to any unscrupulous operators. The basic sales pitch that many will offer you is to help escape your debts so long as you pay them a fee. This may sound counterintuitive but when you're facing bankruptcy, you’ll find that there may be no other choice. Regardless of the choice you make, whether you choose to accept their conditions or not, make sure to consult with people your trust and explore other options. 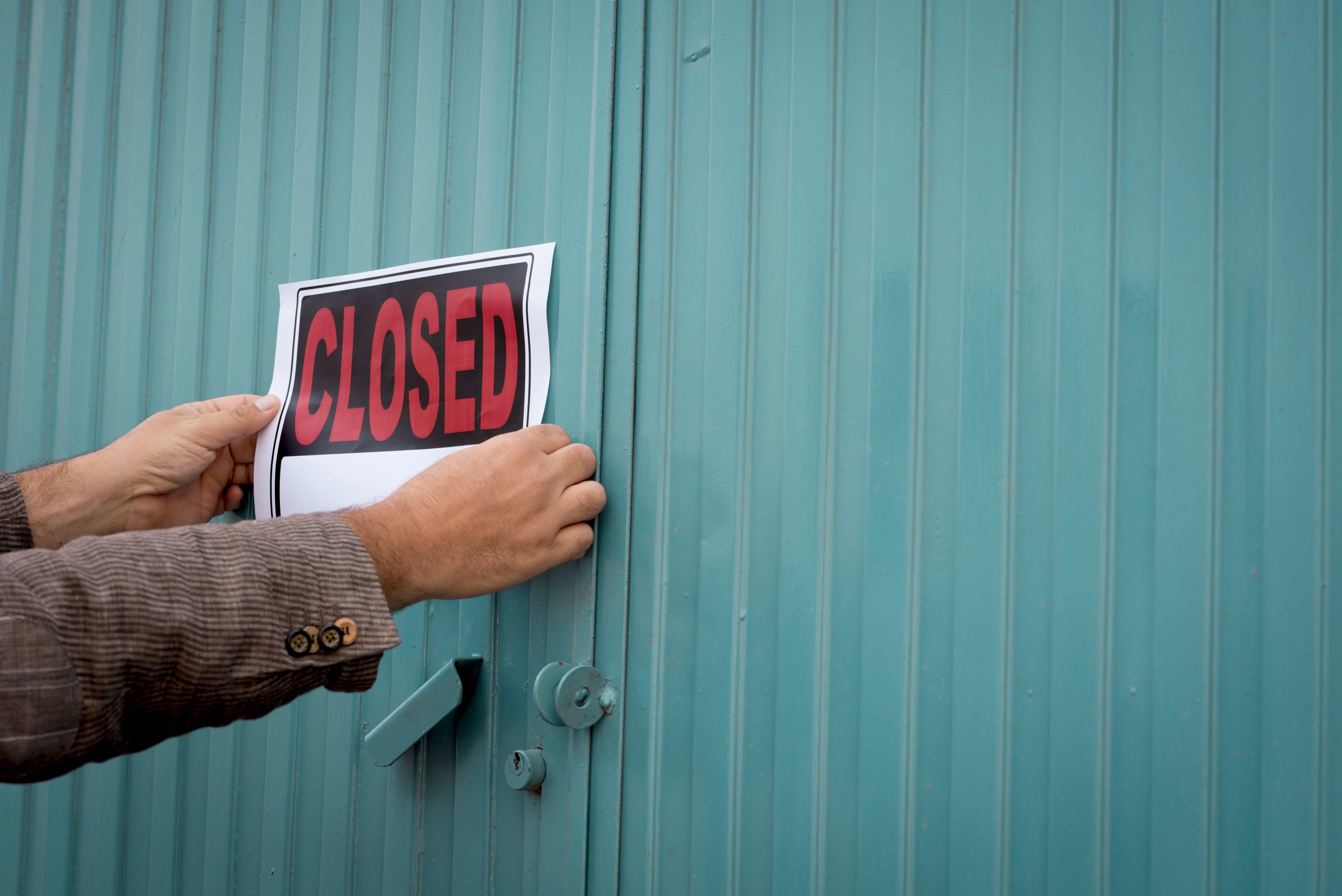 If you can’t downsize anymore, your next best bet would be to maximize your revenue. The most obvious way to do this is to get a job and if you already have a job, get another one. If you already have two jobs, get a third. Look, this may or may not sound physically possible but when your back is against the wall and you’re at the point where you’re contemplating bankruptcy, you need to act forcefully. In bad economic times, you could even go far as to look for tasks and side gigs through something like TaskRabbit or Uber.

Your other option here, once you have a job, is to upskill and continue looking for ways to increase your revenue. When your back is against the wall, you may need to even ask for government assistance, where food assistance and medical care just maybe the options you need - especially if you’re currently having trouble finding a job and facing unemployment.

Read more: What is the RCEP and How Can It Help Alleviate The Russia-Ukraine Oil Spike Impact On Food