Football is considered the most popular sport. Dubbed as "the beautiful game", it reaches far and wide to all ends of the world. The FIFA World Cup in Russia garnered 3.572 billion viewers over the course of the competition. While it is the world's game, in the Philippines it is somehow not. Football pales in comparison to other sports, especially basketball. But, thanks to a certain event over 10 years ago, football in the Philippines had a rise in attention and viewership.

Football in the Philippines

Football was brought to the Philippines by English sportsmen. In addition, numerous Filipinos who went to college in Hong Kong and China returned home to teach football to their friends. In the Philippines, football is a popular sport, but basketball has historically been the most popular and nowadays, it can be considered the national sport. Football, on the other hand, has a lengthy history in the archipelago, with Paulino Alcántara Riestra becoming the first Filipino and Asian player to play for a European team more than a century ago. At the age of 15, he made his Barcelona debut as a striker, becoming the club's youngest and second-highest goalscorer after Lionel Messi. The Manila Sporting Club was founded in 1906, the Sandow Athletic Club was founded in 1909, and the Bohemian Sporting Club was founded in 1910. To promote and restore the sport, some foreign and local football clubs supported the Philippines. FIFA also aided the country by constructing and updating infrastructure, including the establishment of the PFF's head office in 2009. The United Football League (UFL) and the National Men's Club Championship (NMCC) were also established to provide more local competitions. 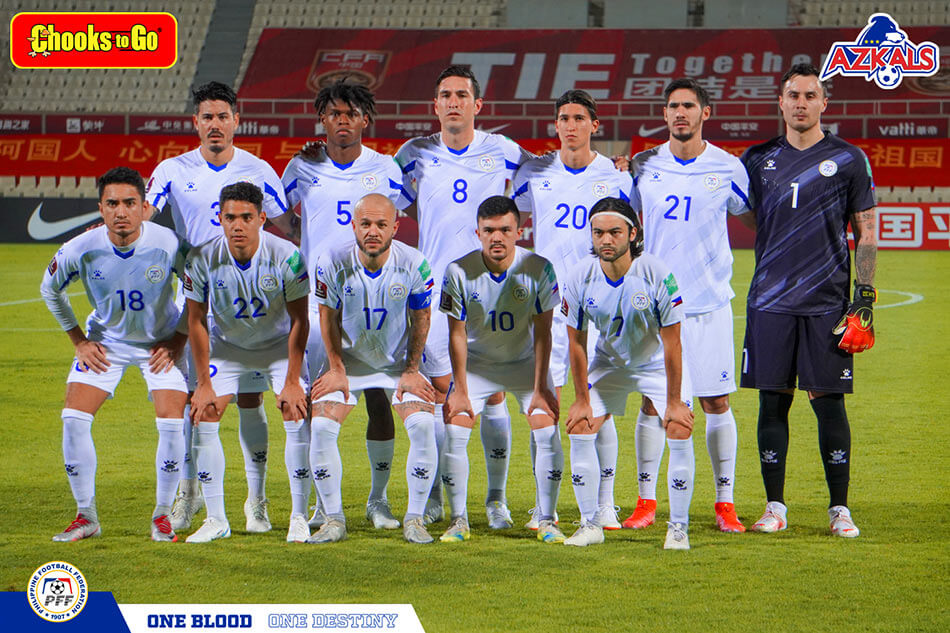 The Philippines were considered the weakest before the national team's enormous popularity, and the players needed to enhance their talents, tactics, and play style. Since the merger of North and South Vietnam, the Philippines have never won a match against the Golden Dragons, with a record of 5 losses and 2 draws. 5th of December, 2010. In the group stage of the AFF Suzuki Cup 2010, the Philippine national team, the Azkals, caused the biggest upset. It's been ten years since the Hanoi Miracle, and it's time for Filipino football to resurface. Let's take a look back at what transpired in the Mnh National Stadium in Hanoi, Vietnam's home stadium.

The Miracle of Hanoi

In what is now known as the "Miracle in Hanoi," the Philippine men's national football team willed themselves into national and worldwide attention with an upset 2-0 triumph over then-defending AFF Suzuki Cup champion Vietnam to advance to the semifinals. With the goals coming from Chris Greatwich and a young Phil Younghusband, the future captain, and top-scorer of the national team. 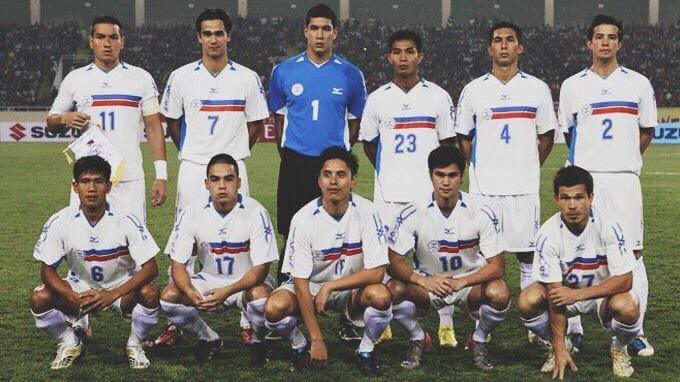 Following the completion of the second matchday, the Philippines established themselves as the top team in Group B. Henrique Callisto, the Vietnam coach, declined to shake hands with his Philippine opponent Simon McMenemy right after the game. "Football is not placing eight guys in front of the area with no offensive strategy," Callisto later said of the Philippines' tactics, calling them "bad" football and criticizing them for putting the "bus in front of the goal." McMenamy, on the other hand, was astonished by his team's accomplishment. To make it to the semifinals, they have to get at least a draw against Myanmar. In the two-legged semifinals, the Philippines prevailed and will face Indonesia. The Azkals, on the other hand, had to play both home and away games in Jakarta's Gelora Bung Karno Stadium in front of a hostile crowd. The Philippines were eliminated from the final after losing both of their semifinal matches in the aggregate. The Azkal's run in the 2010 AFF Championship was known as a cinderella run. And the win vs. Vietnam was seen as a massive upset. This particular event is known as the catalyst to the renaissance of Philippine football.

A "miracle" effort: Philippines vs. Vietnam in the 2018 AFF Championship

"If the Philippine Azkals want to make history and make it to the Suzuki Cup final for the first time, they'll have to replicate it. The Azkals will face The Golden Stars in a crucial semifinal encounter at Hanoi's My Dinh Stadium today, and they'll need to repeat their 2008 performance to avoid elimination and proceed to the next round of the biennial regional meet." After losing 2-1 to Vietnam in the first leg of their semifinal match on Dec. 2 in Bacolod City, they found themselves in a similar scenario. The Philippines did their hardest to take the early lead in the partnership, but the visitors were unable to do so and performed admirably in the opening leg. Last time out, Nguyen Anh Duc gave his side an early 1-0 lead in the 12th minute, and Vietnam didn't spend any time getting on the scoresheet. It sought to add to it, but for the rest of the first half, the Philippine defense held its own. Vietnam would score early, just three minutes into the second half, as it did in the first half. The Azkals tried to reclaim the advantage they had lost, but the Golden Stars continued to frustrate them, despite the fact that Vietnam had an opportunity to take a bigger lead but failed to do so. After four minutes of extra time, the Philippines were unable to salvage a comeback as they fell short of a victory. Sven-Goran Eriksson, the Azkals' coach, is still sure that his squad will find its way back and get the job done, despite the fact that the road to the Suzuki Cup final became more difficult after their first-leg defeat.

Watch the Azkals in your home

One of the nicest feelings is to enjoy watching your favorite sport. The greatest success a person can achieve is to watch it live on screen, but it's also a good place to start. On the big couch or in your wonderful living room, you may watch with your friends and family. It's also a good idea to watch it with your friends in a condo, but seeking a condo for sale is a better option. In order for viewers to feel as if they are watching a live sport, especially football, a good area is necessary. We must feel thrilled and pleased when watching a live sport. 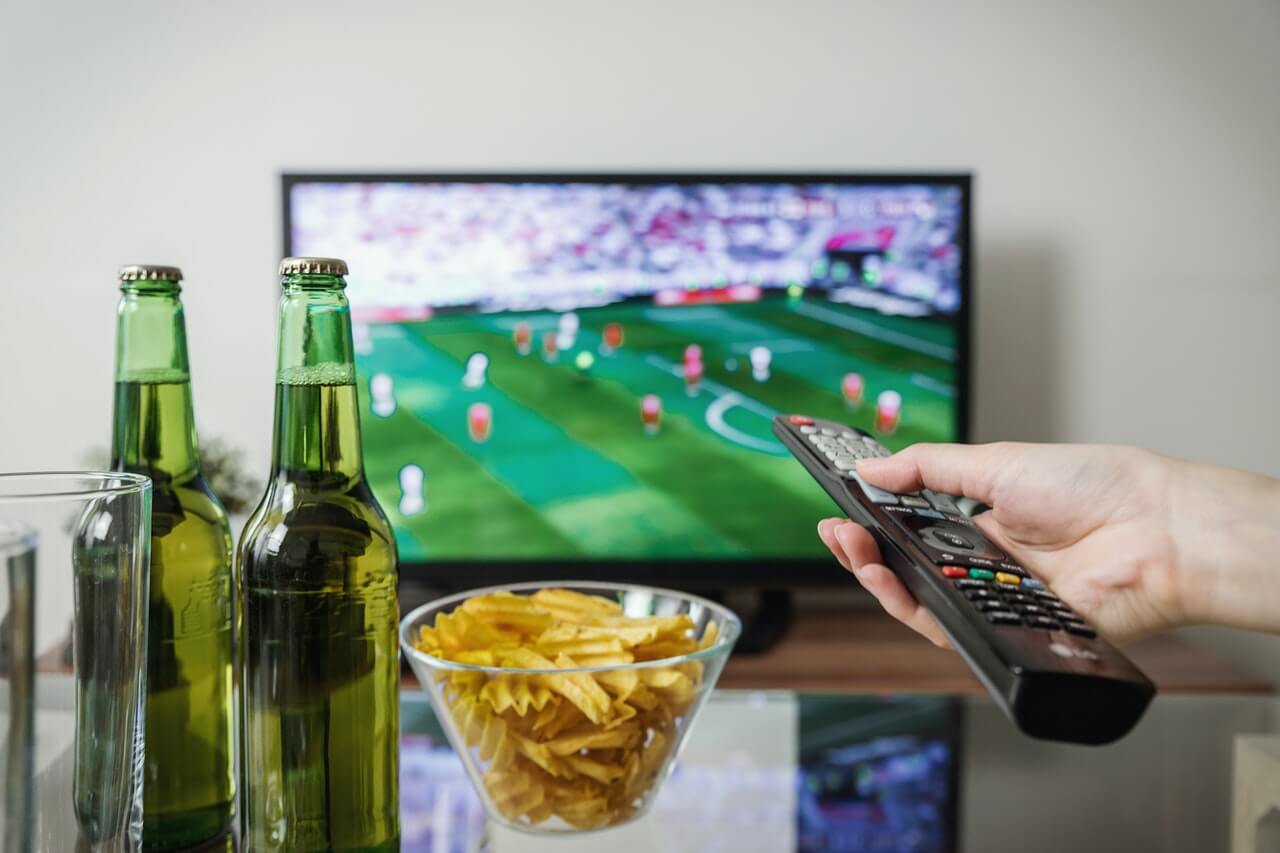 Imagine living your life while binge-watching the sports you love, watching everything on a big screen also gives the same hype and excitement. But the big screen needs a big space or a home where it can be put. Looking for a house and lot for sale will be the first move, to the road of living the life you want to achieve. No more buying tickets online, no transportation is needed if you are able to watch football in your own home. Watching the sports with your family inside the house, specifically on a couch is a worth remembering memory of all time.