Major Football Events to Look Forward to This 2022

For this year of 2022, fans of football should expect many game-changing events to take place that will define the current generation of the sport. From the radical changes that will occur in the 2022 FIFA World Cup, the status of the upcoming Round 16 in the UEFA Champions League, and the advent of the 33rd Africa Cup of Nations (AFCON), 2022 is sure to be an exciting year for everyone involved.

With COVID-19 still present as a major threat, not only has it managed to influence modern society for the past two years but also football itself. Many drastic changes have happened, from the rescheduling of major games such as the Africa Cup of Nations to many star players such as Lionel Messi testing positive for the virus. In response, many of the large clubs have acted to mitigate the effects of the disease, but time will tell if their actions prove effective in keeping their members and their fans safe.

Regardless of these issues, here are three of the most anticipated events to look forward to in football in 2022.

In an astonishing shift from tradition, not only will the next FIFA World Cup be held for the first time in the Arab world, but it will also take place in the winter season between the months of November to December. Qatar, through accomplishing the honor of hosting the most influential event in football back during the biddings in January 2009, has much to do in preparation for the said tournament. 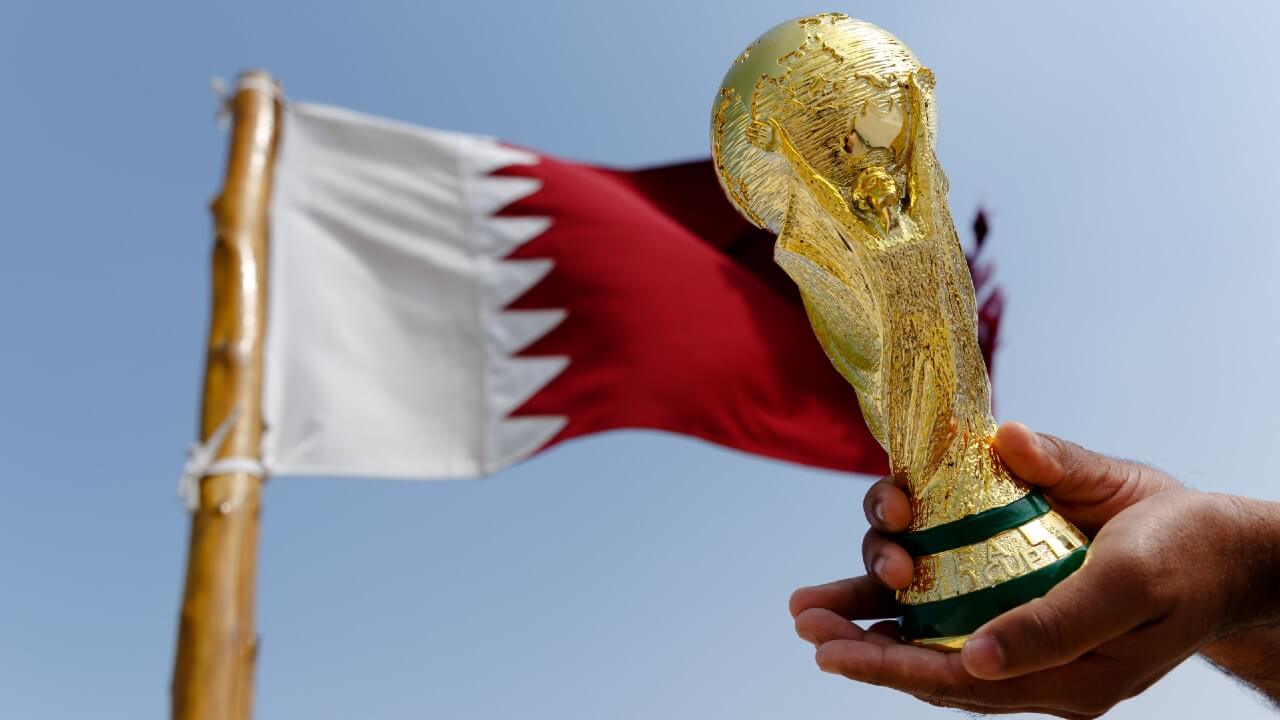 The executive committee of FIFA, in consideration of the hot climate of Qatar, has decided to reschedule the games to take place during winter, a decision that despite having been done with the health of the players and fans in mind, has garnered much controversy. Many fans and experts see several issues with this decision, especially in regard to how it will clash with regular-season schedules and how it will effectively shorten the duration of this essential game. There are even contentions surrounding the method of how Qatar had secured the bid of hosting the 2022 FIFA World Cup and the cases of human rights violation that have surfaced in relation to their preparations.

Current Status of Round 16 in the Champions League

For many football fans, especially that of either Real Madrid or Paris Saint-Germain (PSG), the current re-draw for Round 16 in the Champions League may perhaps be very exciting or worrying. Initially wrought with issues caused by a technical error that led to the re-drawing of the matches for Round 16, the current lineup looks promising for many viewers. 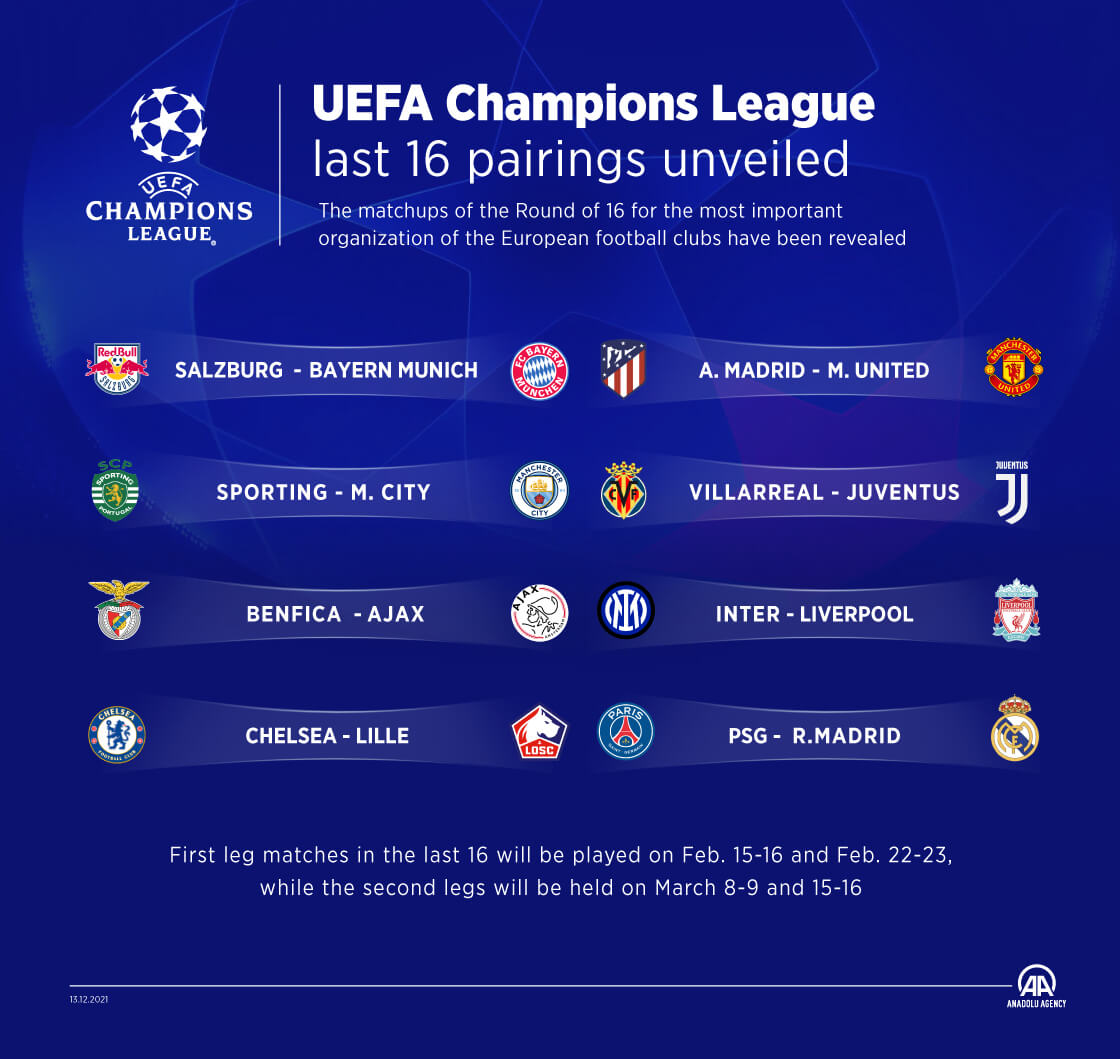 When the first draw for Round 16 had taken place, one of the most notable results was the matchup between PSG and Man Utd, which would have resulted in what would have been the most memorable match this year in football due to the foreseen clash between Lionel Messi and Cristiano Ronaldo. Due to an error related to third-party software, however, UEFA had to redo the draw, resulting in much chagrin to fans that were expecting the PSG vs Man Utd match. With the new draw lots assigned, Real Madrid will instead take the brunt of PSG’s might in the 1st and 2nd legs, a match that football experts believe would most likely result in the former team being placed at a disadvantage.

With the first legs taking place in mid-February, fans of Real Madrid can only hope that their team will do well against PSG and their dream lineup consisting of Messi himself, Kylian Mbappe, Neymar da Silva Santos Júnior, and Gianluigi Donnarumma. Another dramatic observation to note however is the presence of former Real Madrid captain Sergio Ramos in PSG, who had ironically vowed never to join a team that would fight against Madrid.

Despite fears of the possibility of the 33rd AFCON being discontinued due to COVID-19, fans will be relieved to know that despite this global issue, the aforementioned competition will continue in Cameroon. With the appearance of contemporary football legends such as Mohamed Salah, Sadio Mane, and Riyad Mahrez, along with the possibility of new dark horses appearing in this year’s competition, the future looks bright and exciting for AFCON. 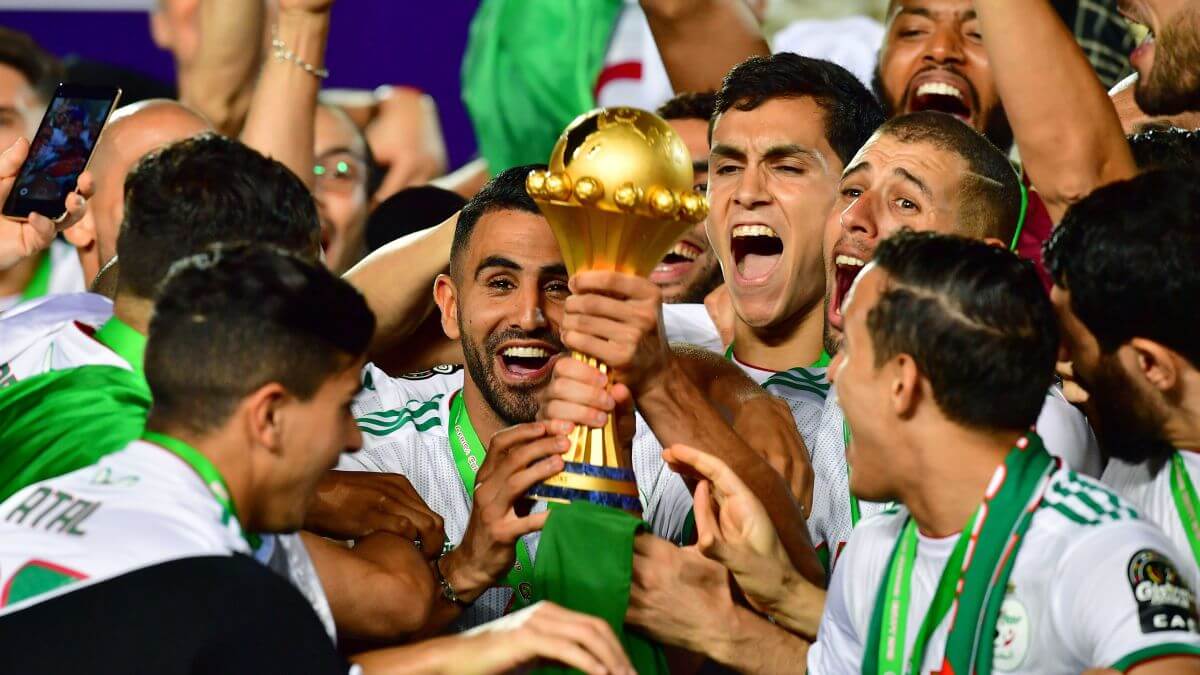 Algeria won the 2019 AFCON in Egypt | Photo from cnn.com

In Group A, expectations are high for Cameroon to be the leading victor among its competitors due to having the home advantage and the support of essential players such as Vincent Aboubakar and Eric Maxim Choupo-Moting. Out of the four teams in Group B, Senegal is expected to be the most likely winner with Sadio Mane representing them, who has single-handedly accounted for over 60% of all goals of his team. For Group C, Gabon is anticipated to make the cut, their hope shouldered by Pierre-Emerick Aubameyang, who had scored over half of the overall goals for the team. With the football powerhouse Mohamed Salah representing Egypt, it is almost guaranteed that they will be the ones to bag the match in Group D. The presence of Algeria in Group E, who was the previous winning team in the 2019 AFCON, makes them a good contender as the victor in their bracket, but with Ivory Coast being predicted as a dark horse in the tournament, their victory may not be guaranteed. Lastly, in Group F, the odds are murkier, but with a greater preference for Tunisia due to their star player Wahbi Kazri.

With AFCON just getting started, it would be difficult to accurately predict which teams will prevail over others. It definitely won’t be boring, however, especially with such major players taking the field.

In conclusion, fans are to expect great changes in football in 2022. From the literal new climate for the World Cup to the debacle that is the draw of Round 16 in the Champion League, and the thrilling matches that are about to come in AFCON, football will definitely not be boring for this year at all.

For any fan of football, seeing the games in person would be the most ideal experience, but with the pandemic still in effect, the next best thing would be watching it from the comfort of one’s household. To anyone looking for a condo in Bacoor to call their home, Crown Asia can provide just that.

An oasis of open space and nature in the bustling city of Bacoor, Meridian COHO is considered the best condo in Bacoor. Conveniently located near the Emilio Aguinaldo Highway and in close proximity to transportation hubs and commercial centers, Meridian COHO offers the ideal urban living experience to the up-and-coming Filipino. If one is looking for a condo in Bacoor that provides either a spacious 1-Bedroom (30 sqm) or 2-Bedroom (40 sqm) apartment, why not consider Meridian COHO?