Your rental RFO house and lot may be doing so well that you’re looking to invest in other assets like crypto. However, before you do, crypto is more volatile than the real estate industry, so you should be careful. Crypto investing is still a good financial move, but only if you want to diversify your already large investment portfolio.

In this article, we’ll show you what’s currently happening in the crypto world, with some price predictions and insight into some of the most popular cryptocurrencies you can invest in. 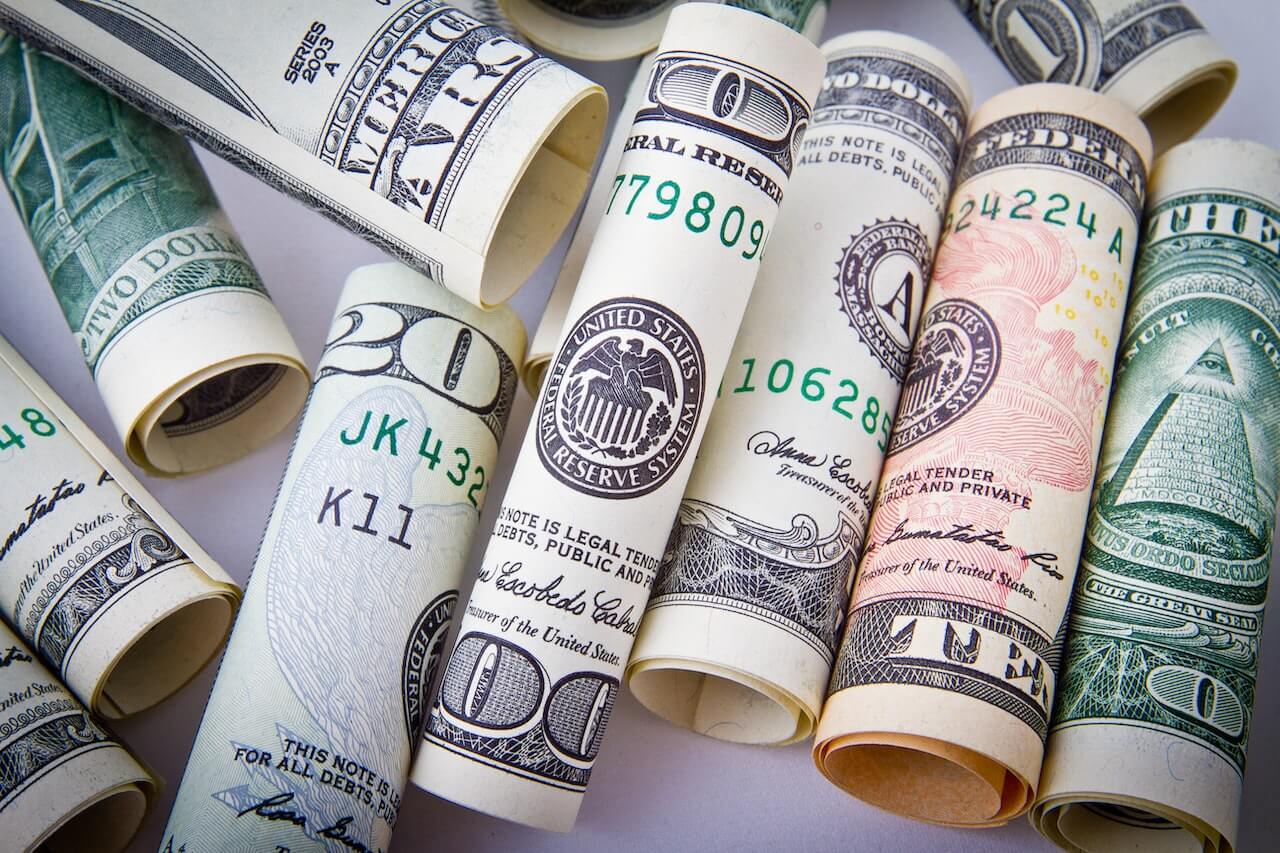 Just like investing in an RFO house and lot (or the entire real estate industry), cryptocurrency investments can be volatile. However, crypto assets have dipped so low that it’s beginning to stir worry from crypto experts and investors alike. According to Statista, in September 2021, the crypto market rose to 1.8 Trillion USD and even rose further to 3 Trillion USD in November 2021.

Same time this year, however, the largest cryptocurrency, Bitcoin, dropped more than 6 percent and was trading at 18,750 USD (versus its 45,965.46 USD price in September 2021). According to Business Mirror, the crypto market capitalization fell by a similar proportion.

Meanwhile, the Head of Investment Insights at IDEG Asset Management Ltd. Kevin Loo said on Bloomberg Television that while Bitcoin has been this low before, it’s not unlikely that it could go even lower.

However, the upcoming upgrade of the Ethereum network sparked hope that it could draw some investment into cryptocurrency and other digital currencies.

According to Time, just as inflation, rising interest rates, and the crashing stock market, crypto prices along with other digital assets have also been hit by the global economic crisis.

Is it still wise to invest in cryptocurrency?

Most adept investors, don’t see market crashes as failures. In the real estate world, no matter what the circumstances of the market, there’s always an opportunity to grow your RFO house and lot. As for the crypto industry, experts from Time believe that buying during a dip is a good time to get into crypto investment.

Of course, you still have to assess your risk tolerance and have prioritized your finances. But if you have a lot to spare, now’s a great time to dabble around the crypto world. 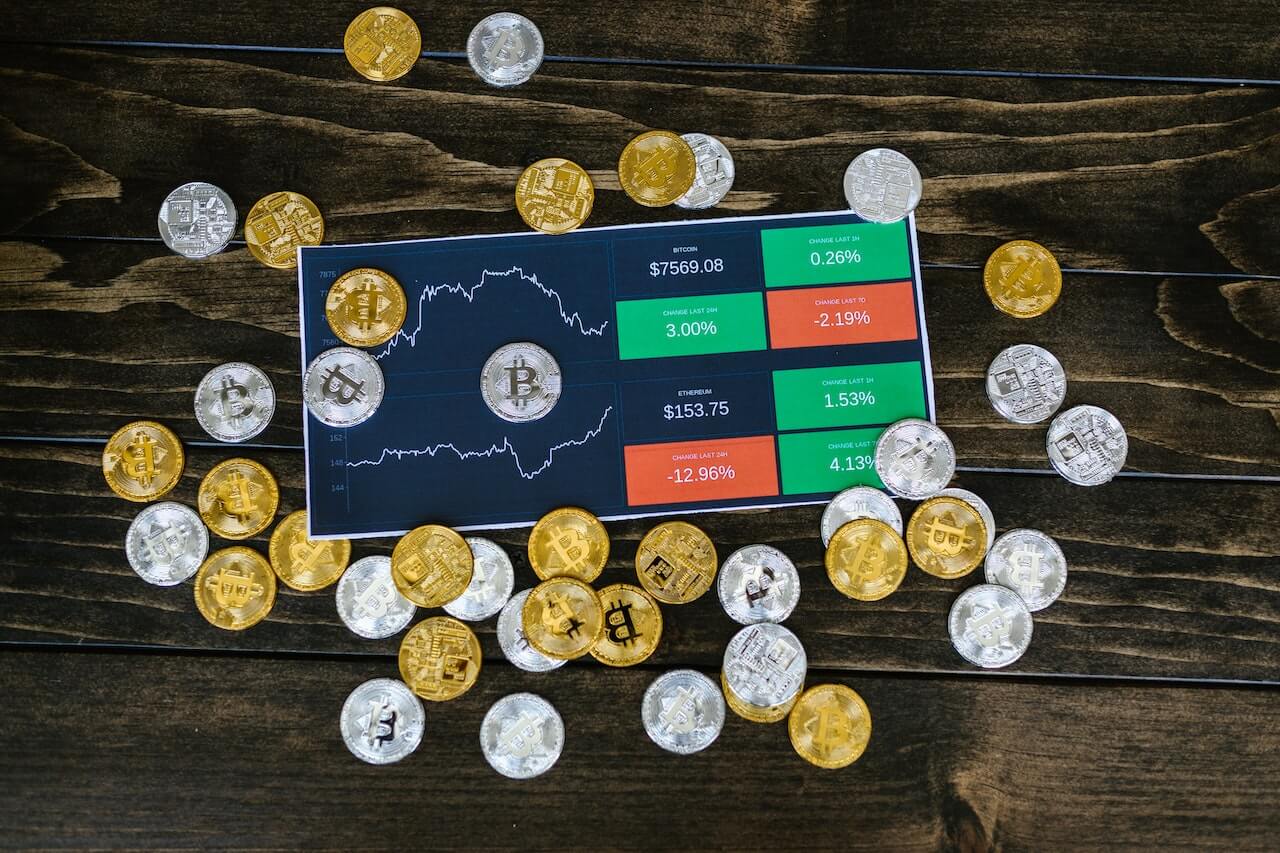 However, if there’s one important thing you need to know about crypto investments is that it’s extremely volatile and very unpredictable. Price fluctuations almost happen daily, depending on hype, speculation, and, of course, the economy. If you’re looking to buy crypto now or go into cryptocurrency trading, you should be prepared for the possibility that its prices may dip even further down. If you can’t stand this level of unpredictability and volatility, you might want to choose a different investment venture.

When it comes to overall crypto investments, regardless of how the market is currently doing, you should only put what you’re willing to lose. Most investment experts recommend that you shouldn’t invest more than 5% of your investment portfolio in cryptocurrencies. If you want to start with the big boys, Bitcoin and Ethereum are still the best way to go.

In fact, more and more banks have started to invest in crypto than ever before. Even one of the biggest banks in the world, JP Morgan Chase, said that investors should consider putting at least 1% of their investments on Bitcoin because it’s a great way to diversify their portfolios. Although, this advice was targeted toward financial professionals who have millions to spare. Overall, Bitcoin is still the cryptocurrency that commands high long-term value because it has maintained 100% uptime, even during its lows.

Some experts also believe that Bitcoin has the capability to be a good way to “hedge” inflation. Hedge or hedging is a risk management strategy used by advanced investors that involves buying or selling an investment to reduce the risk of losses. It could be an investment that is designed to help reduce the blow of slow price movement or dips in your other assets.

Now, when inflation and interest rates rise (just like what’s happening now), the value of your money falls and you become less competitive in the global market. This means you can buy fewer goods and services with the money you currently have.

Investments like government bonds and gold tend to not be affected by declines in the economy. Crypto, on the other hand, can be used as a hedging strategy because there can be no more than 21 million units of Bitcoin. So, instead of being affected by inflation, some investment experts argue that Bitcoin is deflationary and will increase in value over time.

However, Bitcoin’s deflationary aspect can be affected by government regulations, especially if it’s banned by a government.

So, when deciding whether crypto is a good investment for you, consider the following: 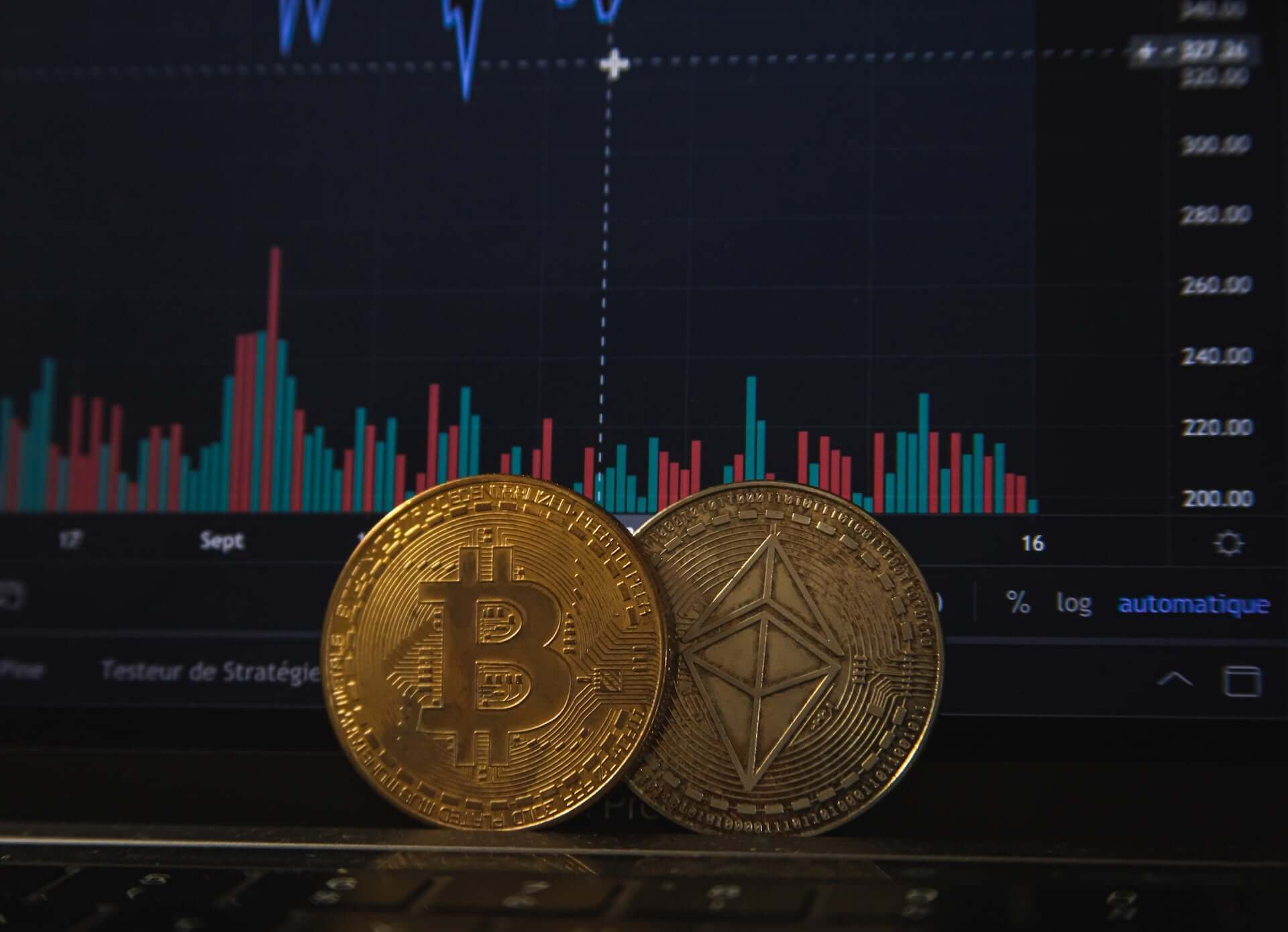 If you’re still reading this far, you might be prepared to lose even the value of your RFO house and lot to cryptocurrency investing.

Now, since we talked about Bitcoin and Ethereum being your best bet if you want to invest in crypto, we’ll show you the most recent price predictions for the two currencies.

First, you need to know what’s causing the price movement of Bitcoin.

According to Time, Bitcoin’s sudden drop was caused by the release of the August inflation data. Before that, Bitcoin was on the rise, reaching 22,000 USD in mid-August. Overall, Bitcoin has struggled to stay above 20,000 USD because of the Federal Reserve’s cautions about further interest rate hikes in late August. Bitcoin has been showing signs of stabilizing, but it may not be out of the woods yet, according to the senior market analyst at Oanda, Edward Moya. He also said that Bitcoin has fallen below 20,000 USD repeatedly and that the majority of crypto investors are still skeptical that it may rebound any time soon.

In the past six months, Bitcoin has only been above 45,000 USD and hasn’t gone past its 50,000 USD mark in December 2021. However, Bitcoin’s current price is still more than twice its value compared to a couple of years ago. Hence, for Bitcoin, this kind of fluctuation is nothing new.

Bitcoin’s price is very difficult to predict because it’s very susceptible to market factors compared to other established assets.

During the first half of 2022, investors turned away from risky assets because of the slowing economy, rising interest rates, and higher inflation rates. Wall Street itself is also experiencing falling prices and encouraging selling (also called the “bear market”), which makes experts believe that Bitcoin could make its way back up to 28,000 USD by the end of 2022, according to financial analysts from Deutsche Bank. On the other hand, according to Finder, 53 experts believe that Bitcoin’s price will reach at least 25,000 USD by the end of the year.

On the low side, crypto market analyst Wendy O expects Bitcoin to drop to as low as 10,000 USD because of its history of correcting as much as 85% during past bear markets. Bitcoin hit an all-time high of 68,000 USD in November 2021, so an 85% correction would drop it to around 10,000 USD. Don’t worry, though, because Bitcoin’s prices won’t be a straight downward shot. The cryptocurrency has a lot of resistance levels, so investors should expect a volatile reversal upward before it finally bottoms out.

However, regardless of what experts predict for Bitcoin prices, you should remain focused on building your overall investment portfolio by investing in other passive income, like renting out your RFO house and lot.

Ethereum is one of the most popular alternatives for Bitcoin (also called “altcoin”), and it’s been a favorite of both investors and crypto enthusiasts. Historically, Ethereum’s token, Ether (ETH), has grown from a starting price of 0.311 USD to over 4,000 USD at its highest in 2021.

However, Ethereum’s price dropped below 1,300 USD last September 19, 2022, for the first time since July. Since the release of the August inflation data, the cryptocurrency has been steadily declining.

Unlike Bitcoin, however, Ethereum has a utility for software networks that allows developers to build new powerful tools, apps, and NFTs. A blockchain-based network has many uses in tech, especially for gaming, entertainment, music, and Decentralized Finance (DeFi), which makes Ethereum one of the most widely-used cryptos. Year-on-year, Ether’s ROI is about 300%, as early investors have quadrupled their investment since 2014.

Experts believe that Ethereum’s price can rise or fall between 500 USD and 4,500 USD.

According to Time, the general consensus of several experts for ETH could go over 4,000 USD by the end of 2022. Meanwhile, according to Bloomberg’s Intelligence Analyst, Mike McGlone, they see Ethereum’s price ending the year between 4,000 USD to 4,500 USD.

On the other hand, ETH could face another big crash, with prices dropping to as low as 500 USD. According to Wendy O, ETH could drop as much as 85% of its all-time high of 4,800 USD. Meanwhile, Kavita Gupta, a venture capitalist, says that it could fall as low as 500 USD if the overall market sell-off deepens.

However, it is possible that Ethereum could still attract a lot of investors because of its transition to a less energy-intensive version. This transition has been popularly called, “The Merge,” and it makes it more appealing to investors who are environmentally conscious. However, until that happens, experts recommend that investors should wait and see how companies respond to the changes in Ethereum’s platform.

In the long-term perspective, however, investors can expect improved demand and functionality of Ether.

Forbes’ best cryptocurrencies to invest in 2022 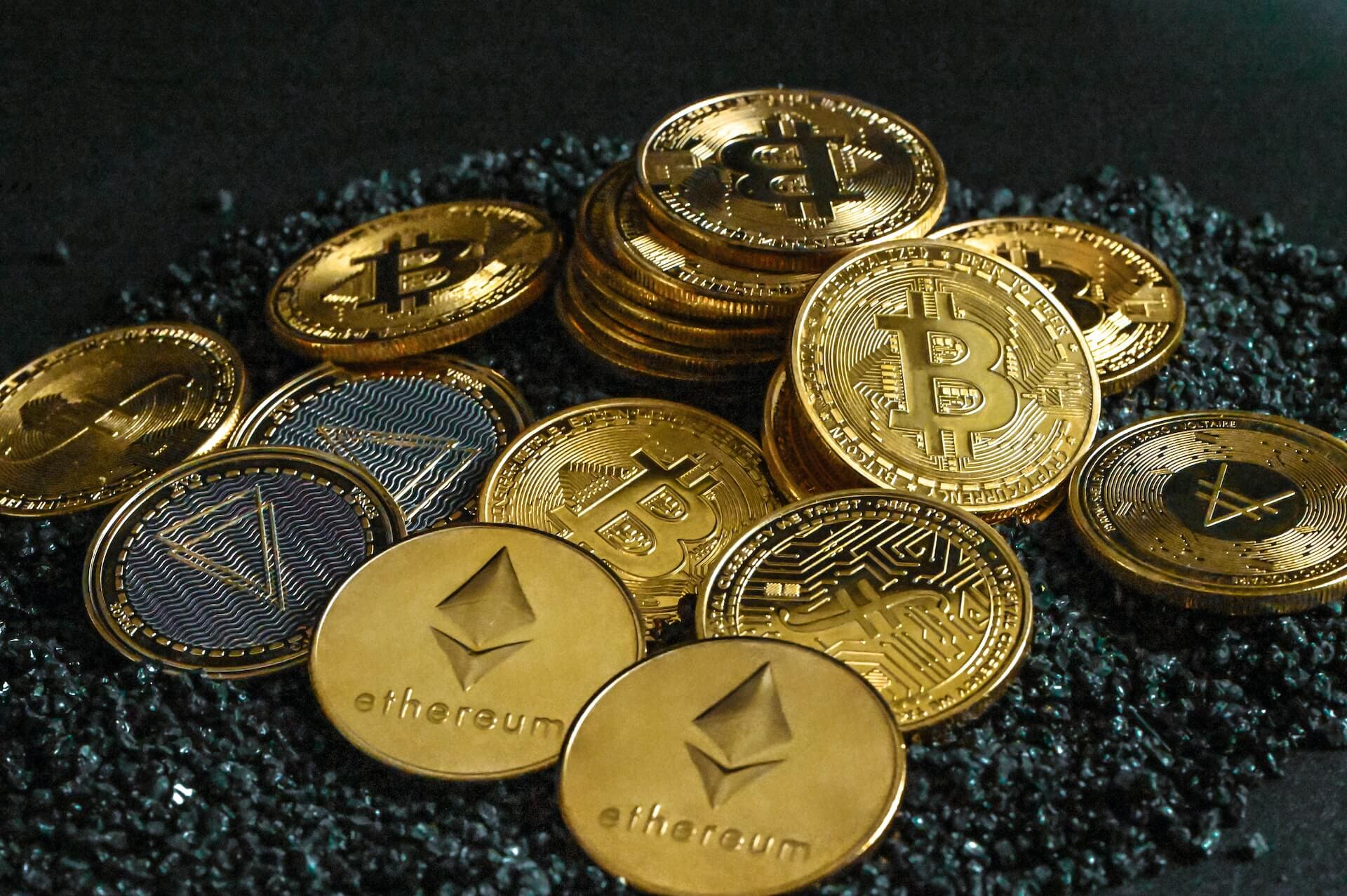 If you’re looking for other cryptocurrencies to invest in, Forbes released a list of the top 10 cryptos for September 2022. Of course, Bitcoin and Ethereum are first and second on the list, respectively. As for other digital currency, there are Tether, US Dollar Coin, Binance Coin, Binance USD, XRP, Cardano, Solana, and Dogecoin.

Tether is considered to be a stablecoin, which means it’s backed by other fiat currencies like USD and EUR, which means it can keep its value equal to regular money. Fiat money is declared by a decree from a government that makes it legal to tender.

The current market cap of USDT is 67 billion USD. It’s relatively more consistent than other cryptocurrencies, which makes it a favorite of investors who aren’t huge fans of the volatility of crypto, in general.

USDC is also a stablecoin, which aims for a 1 USD to 1 USDC ratio. This coin is powered by the Ethereum blockchain and can be used for global transactions. Its current market cap is 52 billion USD.

BNB makes use of Binance's blockchain technology and can be used to trade and pay fees on the Binance platform. It started off at 0.10 USD in 2017 and rose to 276 USD in September 2022. Its current market cap is 44 billion USD, and it can be used to trade for other forms of cryptocurrency. Find out more about the other coins at Forbes Advisor

Read more: Keeping Up With Cryptocurrency: Is It a Good Investment?