International Banks Leaving The Country: What This Means For Real Estate

Over the past half-year, the Philippines has been experiencing perhaps one of the worst economic periods in its history. Despite an 8.3 percent economic growth in GDP in the first quarter, rising inflation due to the Ukraine War has only added fuel, pun intended, to the fires of increased consumer spending out of necessity. The masses have taken the brunt of the impact, with consumer prices rising at unprecedented rates to make financing everyday necessities more difficult in their respective RFO homes.

Perhaps the worst news of all is how institutions continue to leave the Philippines in search of greener pastures elsewhere. As international banks leave the country, the Philippines and its people will continue to face problems with financing their personal or business decisions. As fewer options become available to the public, so will the borrowing rates only get worse - turning economic progression into an impossible feat that perhaps no one will be able to follow through on. So you better hold onto those savings accounts now because it will be tight on the budget moving forward if this scenarios continue.

In this article, we uncover what the exodus of retail banks means for the Philippines, its people, and the economy more notably through the real estate sector.

Retail Banks Are Leaving The Philippines 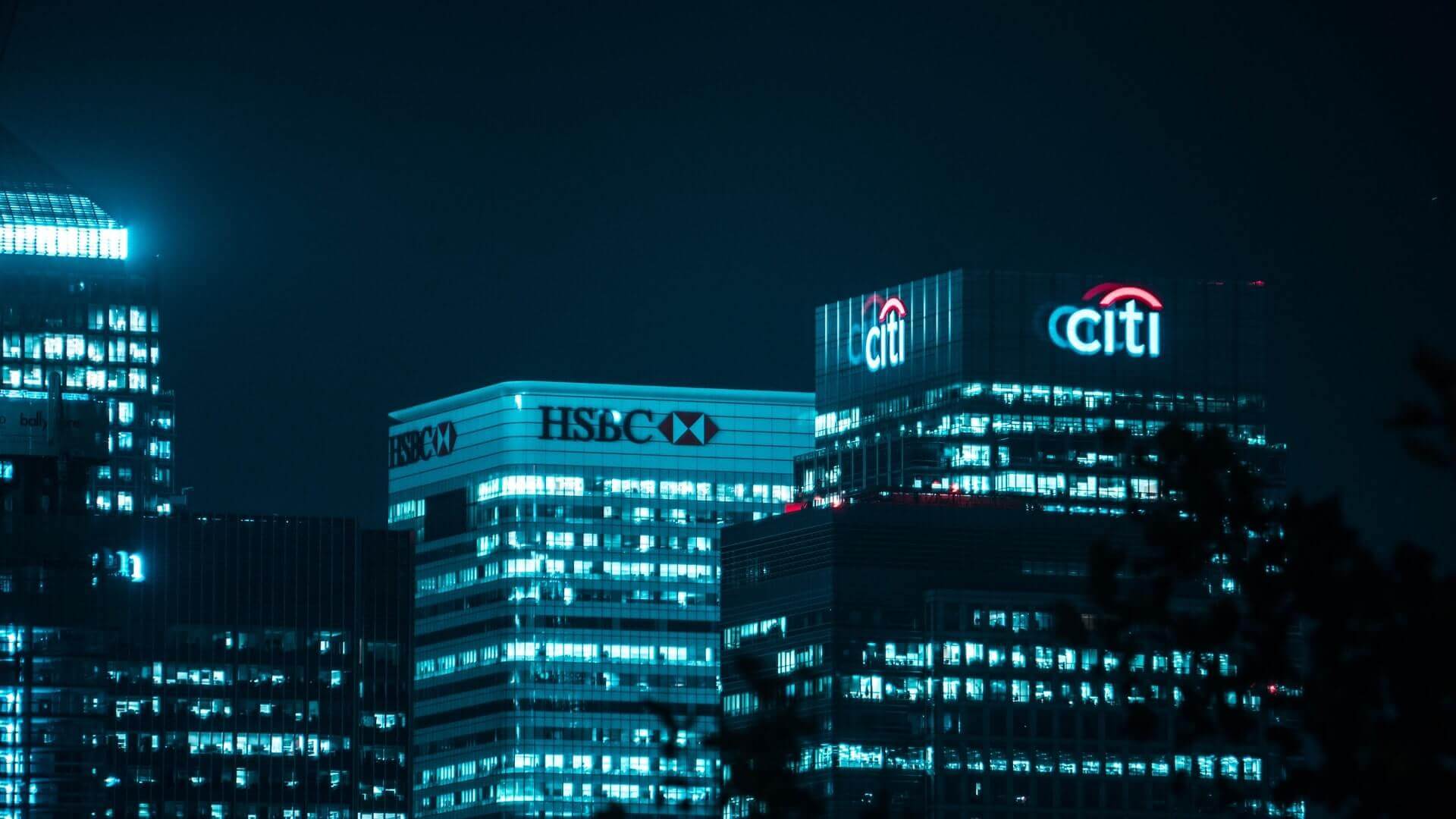 Dutch Financial Giant ING Bank is exiting the retail banking market in the Philippines, making it the second foreign bank to leave the country’s consumer banking segment after Global Bank Citi sold its business to Union Bank of The Philippines earlier this year.

“In that time, we’ve developed strong and steady partnerships with a  number of the country’s largest corporations and financial institutions. We are proud of our leading positions in M&A, corporate advisory and capital markets,” Hans Sicat, country head of ING Philippines, recently mentioned in a press release.

While the retail business was intended to be the first step and foundation of a wider Asian reach, constituents outside the bank are left to wonder what their recent upheaval means for consumer banking in the Philippines.

Thankfully, data from Bangko Sentral ng Pilipinas showed that ING Bank NV is the 32nd largest bank inthe Philippines in terms of assets with an estimated 31.4Php billion and 33rd in terms of capital with Php 4.51 billion as of the end of 2021 so the fact taht they left the Philippines won’t be too much of a negative impact on the Philippines.

That said, the bank continues to invest in its wholesale banking business and global shared service operations based in the Philippines. Due to the strategic location of the Philippines within Asia as well as the well-educated English-speaking nature of the Filipino, we’ve proven ourselves to be a useful tool in the ING cog. 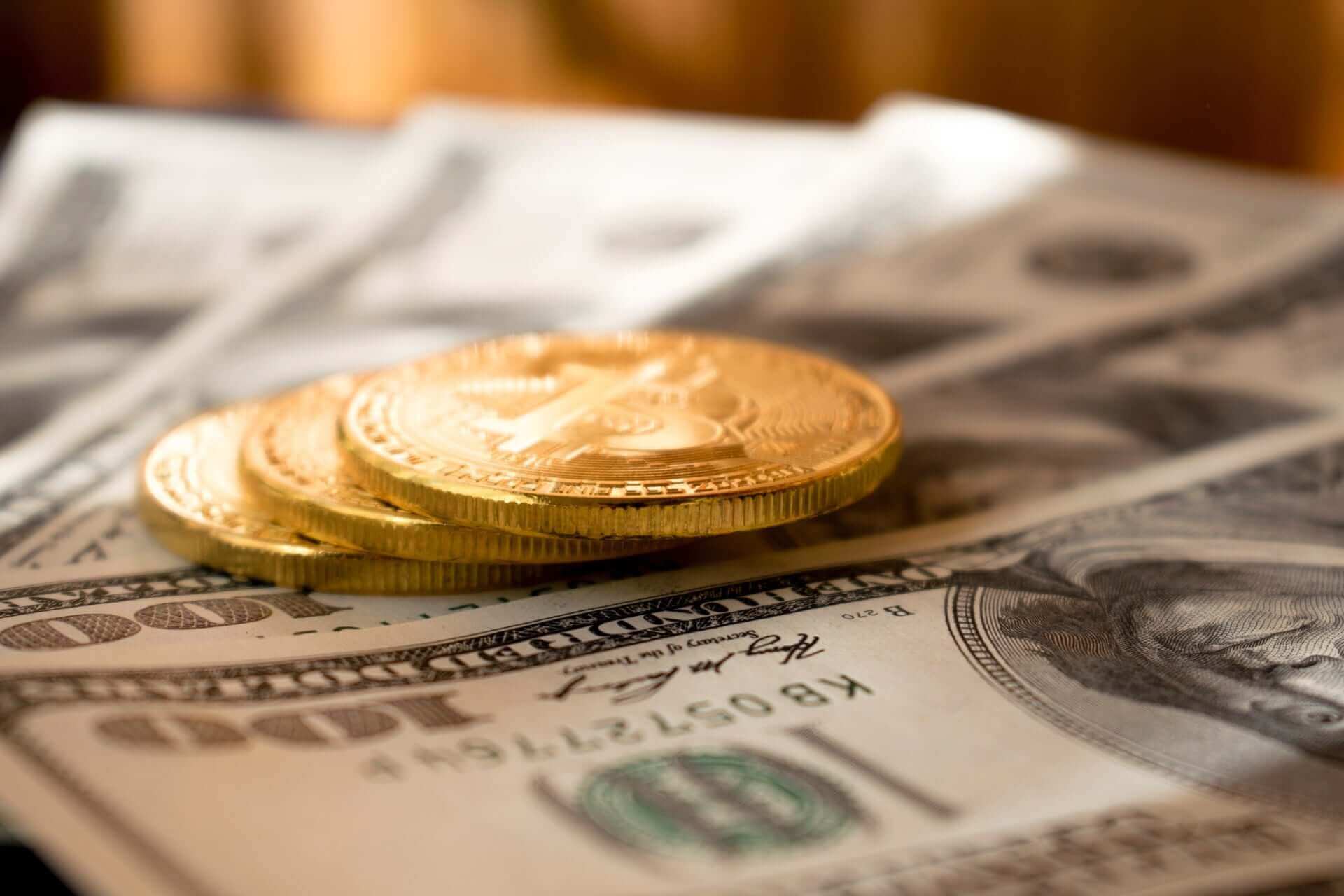 On CitiBank’s side, the global banking institute has recently reached an agreement with UnionBank of the Philippines to acquire Citi’s consumer banking franchise in the Philippines. The PHP45.3 billion deal (plus the cost of the net assets of the acquired business) will result in the release of approximately $300 million of allocated tangible common equity, as well as an increase to tangible common equity of approximately $500 million.

Over time, the bank’s exit from consumer franchises in 13 markets across Asia and EMEA is expected to release an approximate $7 billion of allocated tangible equity over time.

Why are these two international banking giants leaving? Perhaps ING Philippines said it  best in their statement citing the uncertain global macro situation in the last few years to have undermined and considerably slowed the growth of retail banking in the Asian market, meaning that the retail operations in the Philippines had to be re-assessed due to its apparent failure as a scalable, standalone business for the near future.”

What Happens When International Retail Banks Leave The Philippines?

For many people, it’s business as usual. The everyday person will fail to feel the heavy effects of retail banks leaving the Philippines. Yet, when global banks decide to withdraw for some countries and no longer do business with banks there, the global effect can range from anything like a gentle ripple to a tsunami of economic recessions and crisis.

When international banks stop doing business within countries, cross-border banking services, which allow the regulated flow of money, investment, trade, and foreign payments may stop. For countries like the Philippines, with tons of Filipino workers abroad setting remittances home, this may just mean an added layer of hassle, difficult, and, worst of all, fees. If cross-border banking services shut down, it may exclude people from working within their own financial systems and economies. On a grander scale, jobs and economic growth may be affected due to the rising fees amongst inter-bank transfers brought about by the monopolistic control of banks on the financial markets due to lack of competition.

A prime example here of the lasting effect of banking services leaving the Philippines would be how the Pacific Island of Samoa is currently endanger of losing the ability to receive formal remittances which account for 20 percent of the country’s GDP.

What Does This Mean For Investors?

For investors, this may just be a sign of foreboding times to come. With the global economy in shambles and prices rising, Investors have fled to businesses that offer staple goods whose demand will never waiver. These companies offer products with inelastic demand and so often have the capability to control, monitor, and regulate their own prices - subsequently allowing the companies to retain their profit margin amidst increasing costs for production and manufacturing. 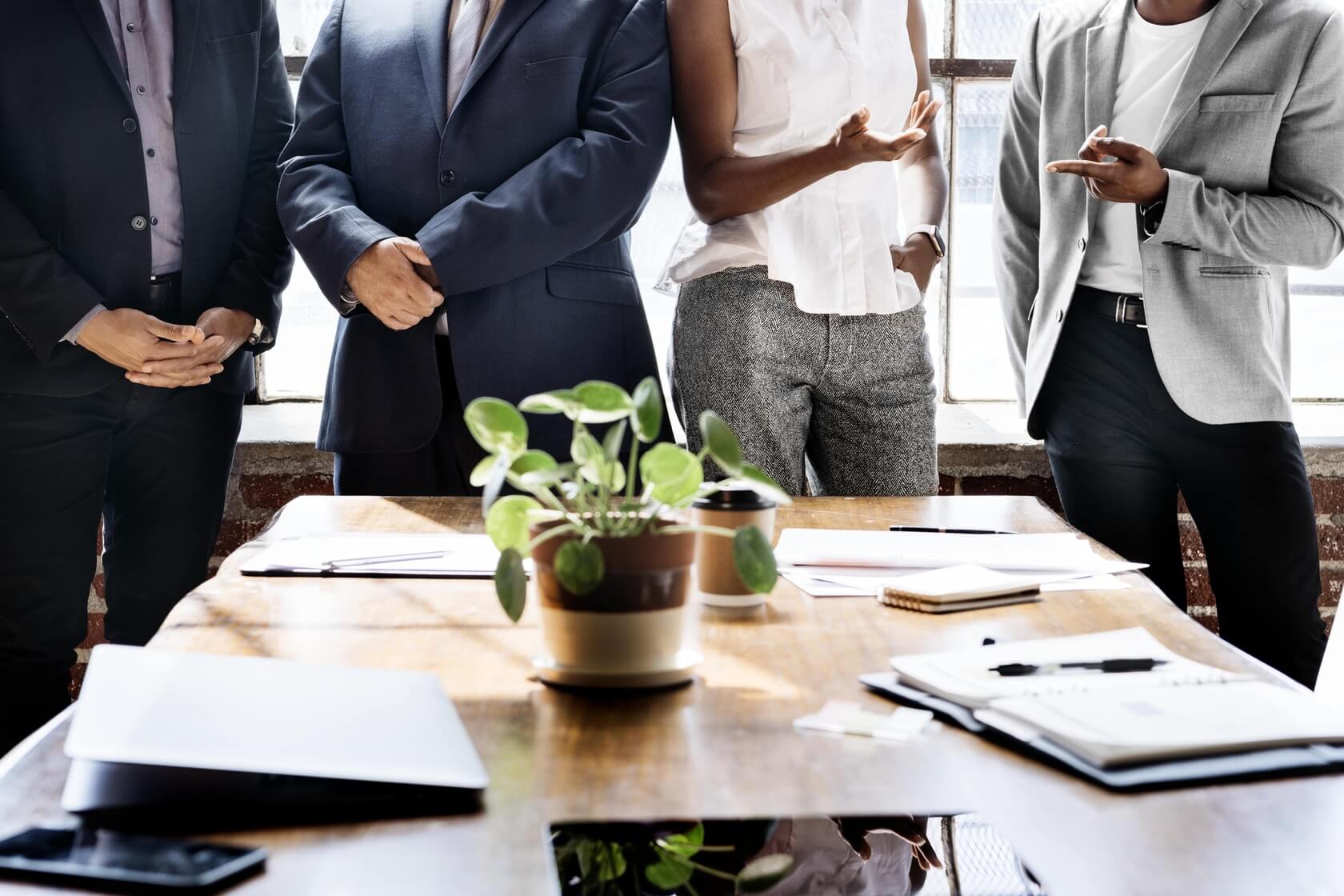 The rapidly changing world environment has left something to be desired from companies and the inability to adapt to, say, rising supply chain costs, inflation, or even the impending threat of cryptocurrency and decentralized financing on the banking industry has forced companies, especially financial institutions to rush towards technological development and advancement of any kind.

During turbulent times like these, investing in companies that adapt to change and have the government authority and regulation to back it up become much more important. When the right policies are in play, any organization within the public and private sector can capitalize on their opportunity to better understand the world environment and identify specific approaches for profitability and tailored to each country’s circumstance.

When it comes specifically to the real estate market, there’s so much more that goes into it aside from financing and the interest rates. Here are an awesome list of factors that shape and develop the real estate industry.

When we talk about demographics, we describe the composition of the populations covering the age, race, gender, income, migration patterns, and population growth. These statistics are core components in how the real estate is priced and what types of properties become in demand and rise in value. Major shifts in the demographics of a nation can have a large impact on real estate trends for several decades at a time.

For example, when a  large demographic of the population goes into retirement. When this happens, then suburban real estate prices skyrocket. 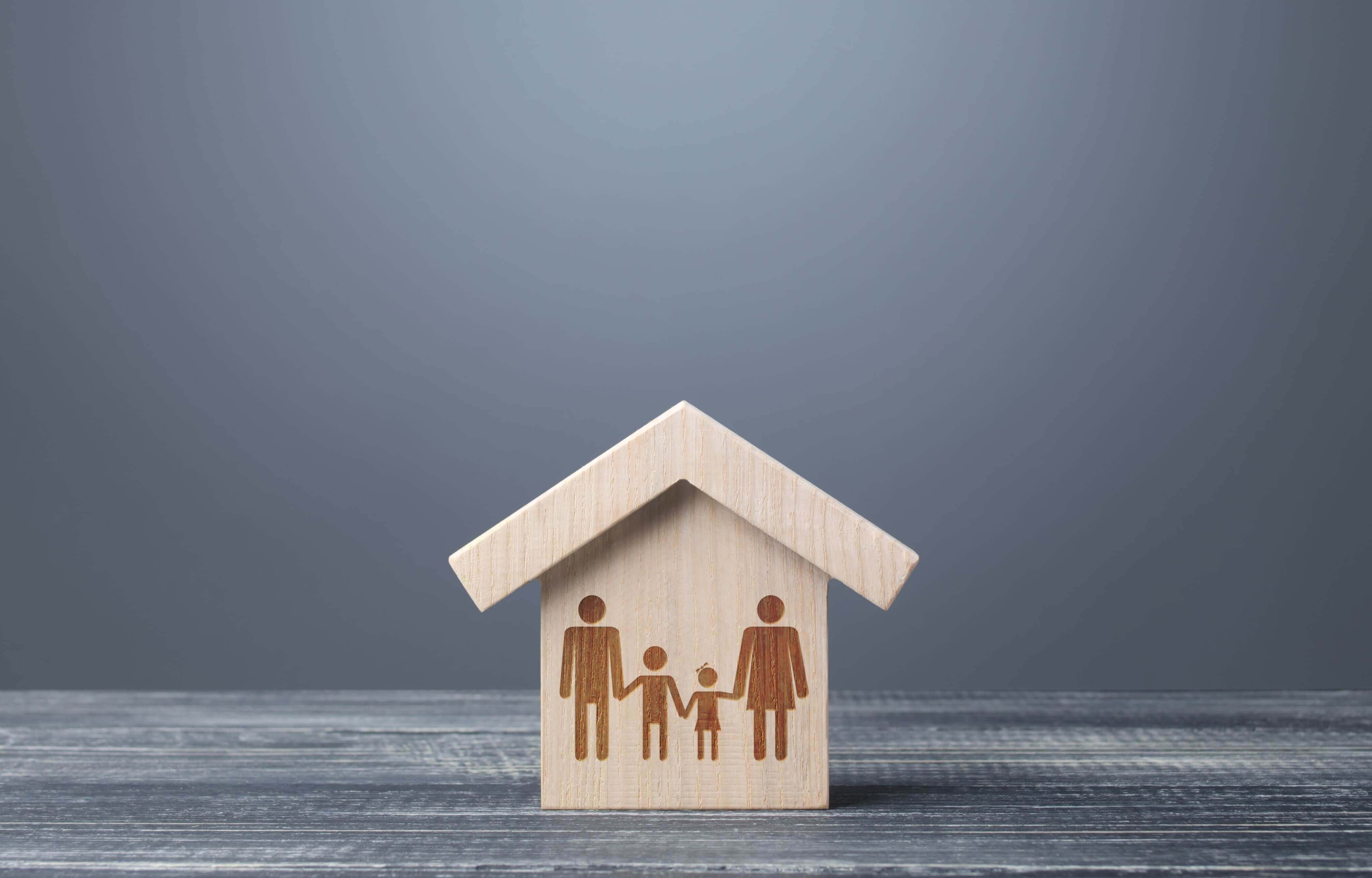 On a more general note, when the people are earning well and they belong to the middle class, upper-middle class and the elite, then this will obviously have a huge positive effect on the real estate market of the country.

The reason behind this being that when the different socioeconomic classes have high purchasing power, then we should look to experience high sales for the real estate market.

People already despise paying high taxes and interest rates on property for all the valid reasons. It’s just an added expense that provides no immediate tangible utility to us - it then becomes an expense from which we just want to minimize.

In the same way, we don’t want to deal with interest rates that basically just add on to the price tag without doing anything for us. However, they do play a crucial role in the development of the real estate market. If the government, for example, is charging high for property, people will become reluctant to buy and invest. 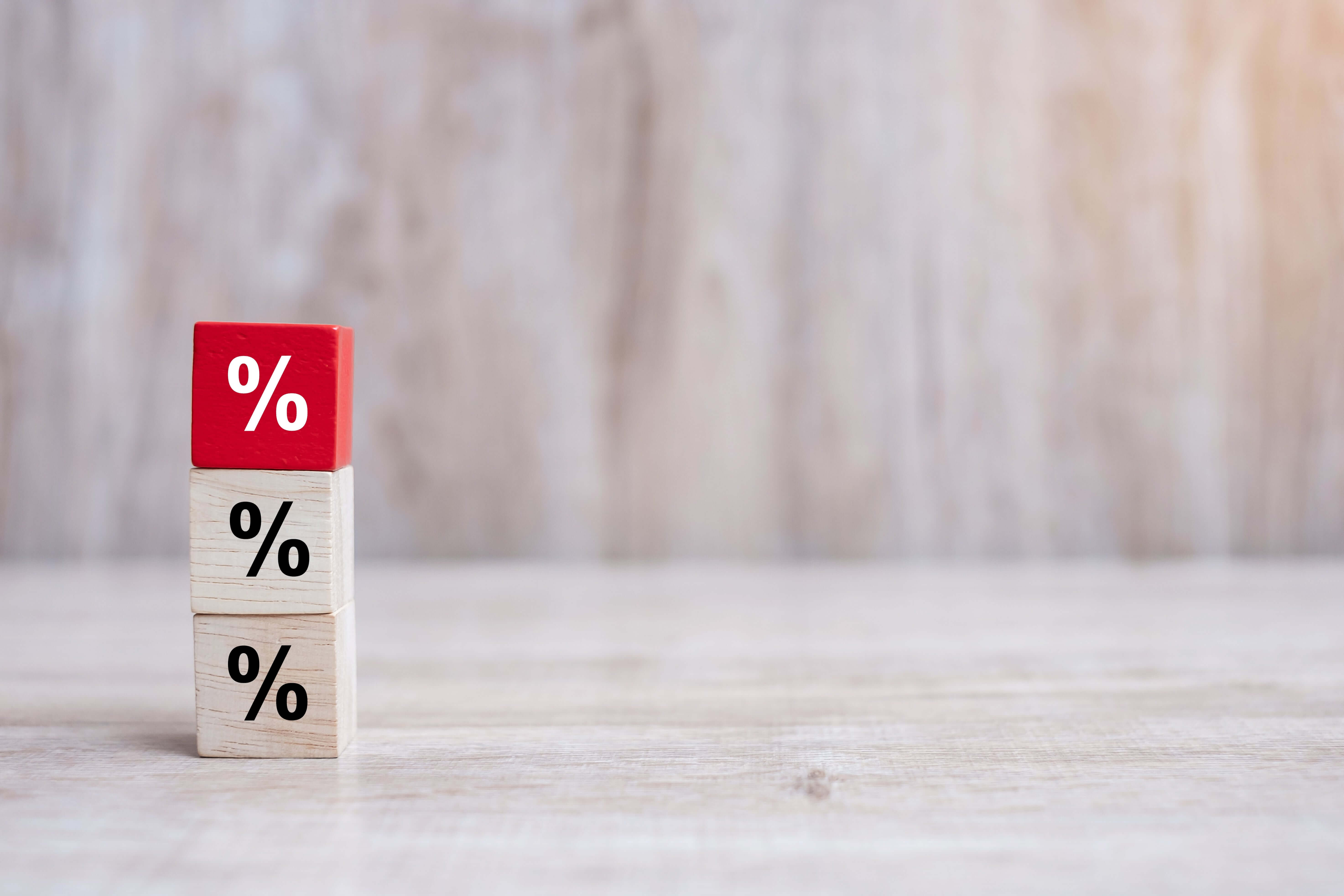 In the same way that interest rates affect buying behavior, government policies also play a huge role in the growth and development of the real estate sector. The government may help investors and developers by providing them with tax credits, subsidiaries, and deductions. For the longest time, government intervention has been perhaps the sole determining factor of whether a real estate investment will turn out profitable or not. For example, road diversions may be built and placed to turn what was once agricultural land into a commercial center that passes through the major arterial thoroughfare of the area.

When international banks leave the country, existing banks are granted the capability to be stricter with their loan requirements and qualifications considering the lack of competition present. This, in turn, makes it difficult to start businesses, as ventures would often have to be funded by bank loans for the first couple of months to make it work. When businesses grow scarce, employment opportunities will understandably go on the decline. On top of this, employment increases people’s purchasing power so if the employment ratio were high, then that means that people are financially independent and that they have high purchasing power and allow for good housing.

Due to this trend, it’s a snowball effect of good economic fortune as the real estate market will bloom as the demand for houses and other buildings will gradually increase.

Perhaps the most important key factor that affects the value of the real estate is the overall health of the economy. This generally constitutes measures such as the GDP, employment data, manufacturing activity, and the price of goods. Generally speaking, when the economy is sluggish, so will real estate. 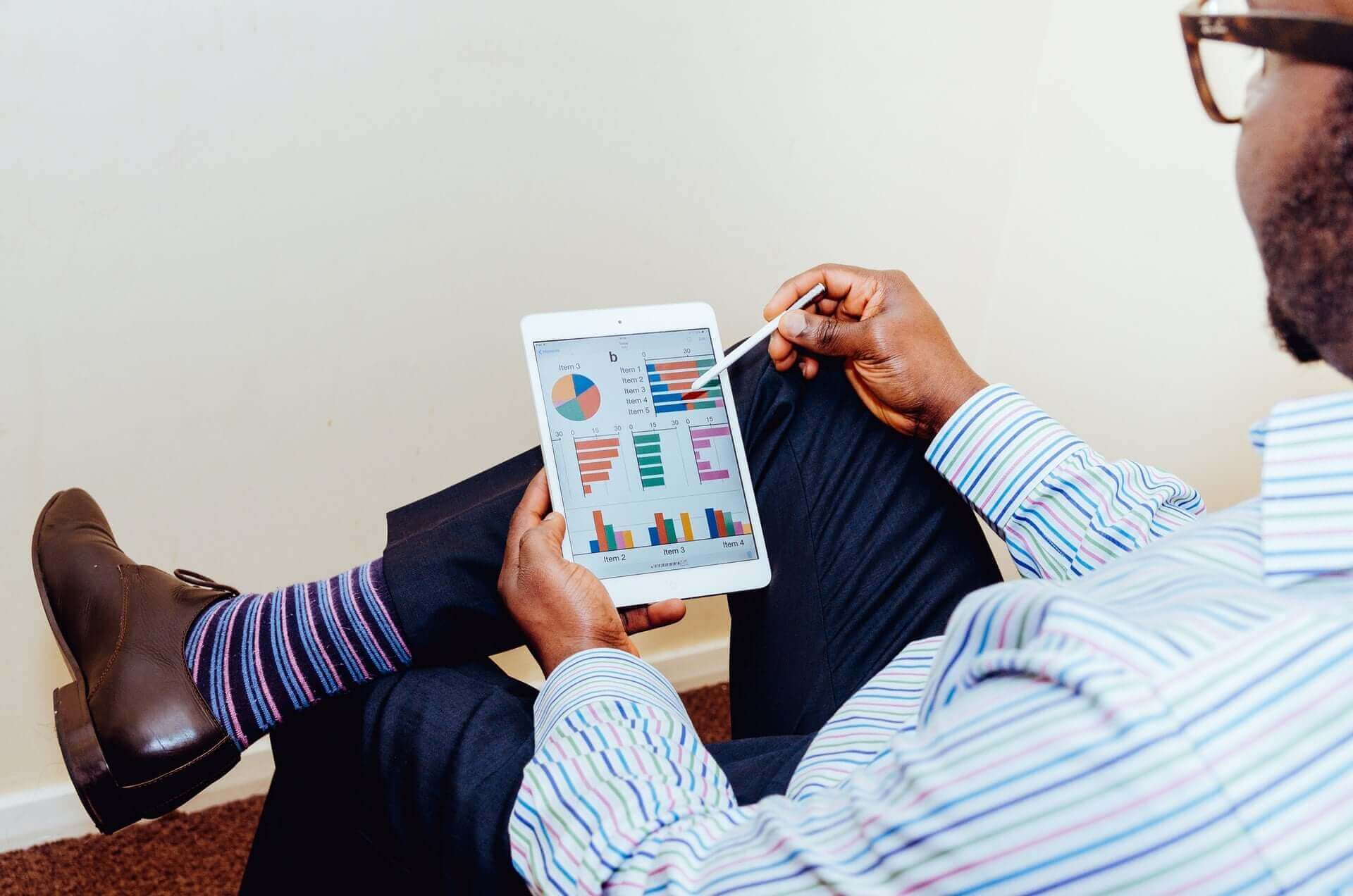 However, the impact of economic cyclicality also has varying effects on different types of real estate. For example, a REIT with the majority of its holdings falling into the hotel industry would more naturally be heavily affected by economic downturns that heavily impact tourism.

We’ve alluded to the answer to this question but for clarity’s sake, we’ll reiterate.

When international banks leave the Philippines, the economy suffers. Overseas workers will have a difficult time sending over their remittances. Businesses fail to find the seed money to start. People will have a hard time finding the capital needed to purchase land.

When the economy suffers, people will have difficulty accumulating the purchasing power necessary to purchase land. So, with the retail banking sectors of various international banks leaving the Philippines, there’s a large chance that the real estate market will tank and follow suit. Does this mean that it’s a bad time to invest in the real estate market? Not necessarily. As with all things, it’s a matter of doing your due diligence and studying the market, its economy, and subsequent factors before buying that house and lot for sale.

In short, may it be commercial real estate, residential real estate or just owning a vacant land, these banks leaving our country affects the whole industry greatly.

For one thing, it might do you well to start looking at real estate as a means to live your best life rather than an investment - buy a home not because it’s supposed to rise in value but because you genuinely see yourself living there for the rest of your life.

Lucky for you, Crown Asia offers both. On the one hand, we provide great homes for sale in awesome communities. Our house and lots for sale are within some of the safest and secure locations out there. We’ve been building homes for Filipinos for 25 years and have been given countless awards in the process. If you’re interested in owning a personal property, don’t hesitate to give us a call and talk to our real estate professionals.