How Do Trade Partnerships Across Countries Affect Your Investments?

In early July, it was announced that UK trade officials have been eyeing a stronger collaboration with the Philippines through Gcash. This partnership is hopefully the first step in further trade collaboration with other countries- a positive outcome that would directly benefit people’s lives from cheaper kitchen ingredients to more affordable house and lot for sale.

With GCash being the lone representative from the Philippines during the event, one can only imagine the impact that international trade partnerships with even larger companies will have on the Philippines’ largest unicorn. 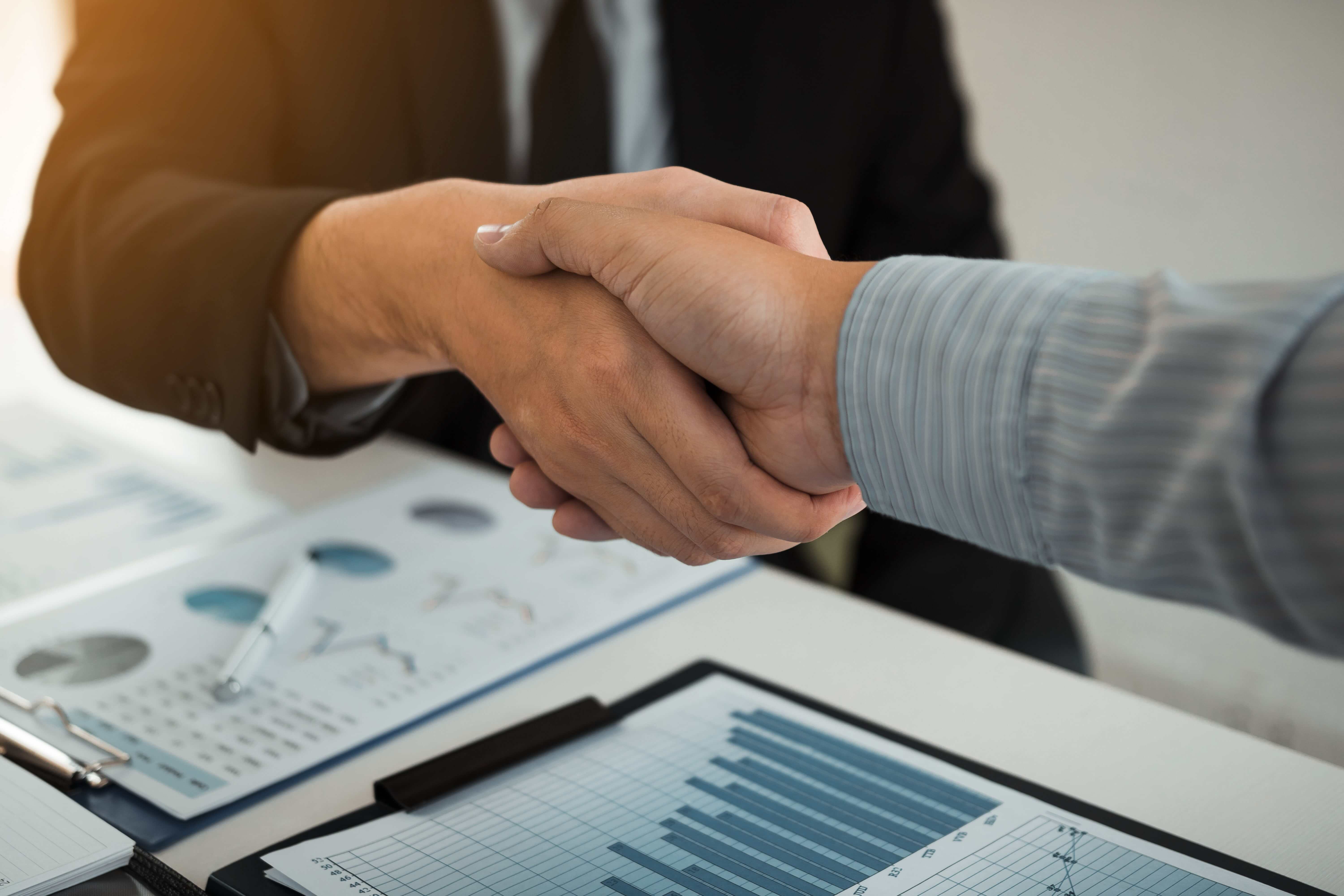 What Are Trade Partnerships?

At its very core, the definition of trading partnerships is simple: A trade partnership is the event wherein two natural persons, legal entities, or, in this case, governments, join together to meet a specific goal. From here, trade partners enter into a trade agreement, bilateral investment treaties, or free trade agreements, to better understand the responsibilities and roles of the involved organizations, entities, or persons.

A trading agreement is an agreement drawn up by two parties that have agreed to trade certain items or information. The agreement should also outline the terms of the trade or trading process, including the responsibilities of the stake involvers, others involved, and the fees that may be incurred.

Because of the nature of their versatility, trade partnership agreements may cover a wide array of formats and include a variety of different requirements and provisions. Rules, regulations, and, of course, the law should also be taken into account when drafting the agreement, especially in the case of cross-border trade where foreign laws may forbid certain practices or hold Filipino businesses accountable for illegal and forbidden actions that they may not be aware of.

The trade partner agreement rightfully requires the assistance of a third-party legal counsel or perhaps an in-house compliance officer. These will allow the parties to dutifully carry out the responsibilities of each party and help prevent unwarranted disputes over already agreed-upon terms. 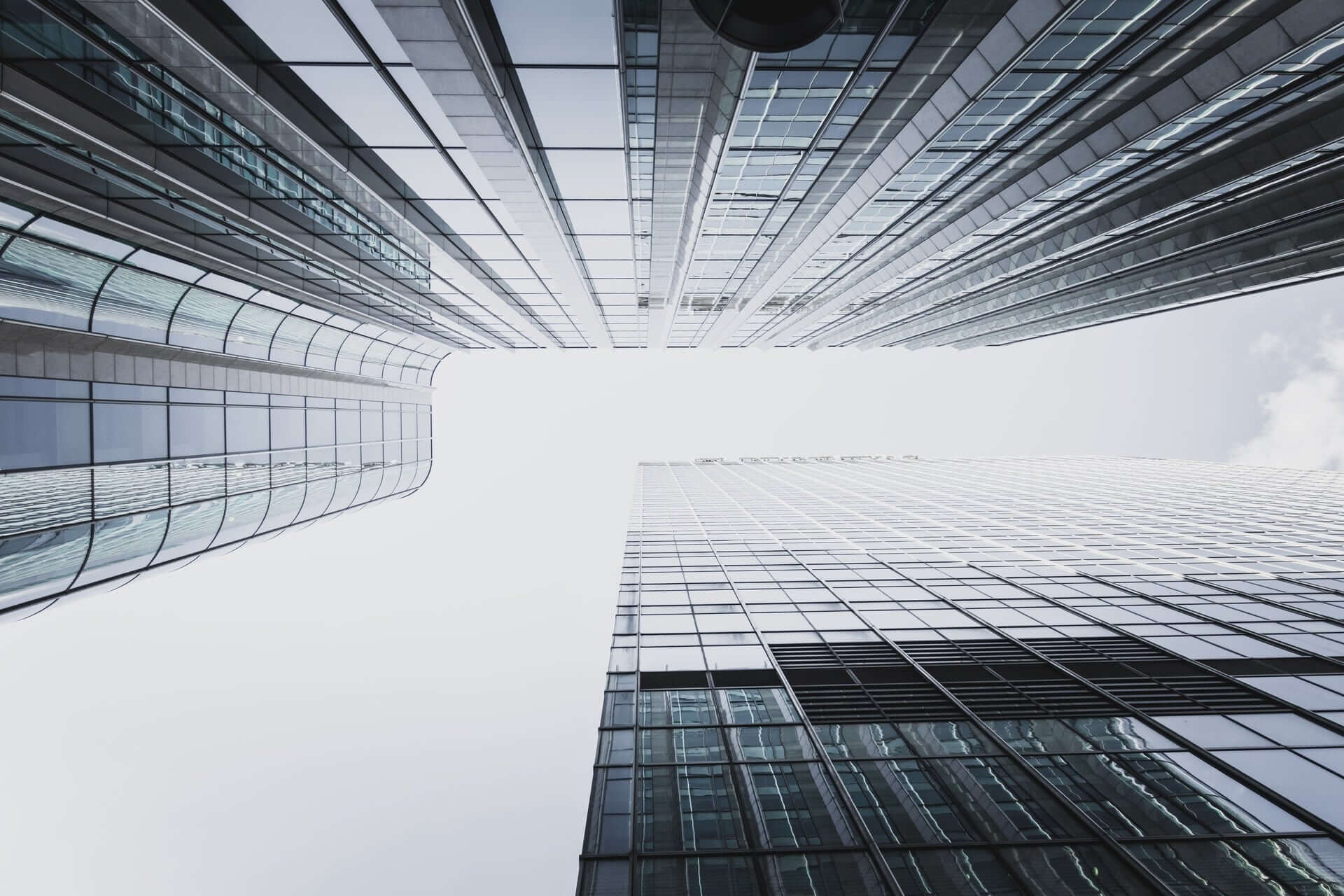 What Affects Businesses and The Economy?

What is interesting to many is how to trade partnerships affect the economy. To understand that, we first have to find out what makes the economy tick.

A business’s success depends majorly on the economic systems of the country where it’s located and where it sells its products. The nation’s economic system is a subsequent result of the combination of policies, laws, and choices made by the government in an effort to establish the system that determines what goods and services are produced, where they come from, and where they go.

Because of the scarcity and naturally limited nature of resources, efficiency and smart allocation of resources becomes the name of the game. Economics, at the heart of it all, is the study of choices - what people, organizations, and entire nations choose to do with the limited sources that they have to provide the best quality of life for their people. Every economy is confirmed absolutely to the type and amount of goods and services that are produced, every economy is obsessed with the number of materials that they waste and what they could do with them, and every economy is absolutely entranced by the different ways they could create profit and advance technology for a more automated, frictionless life.

In short, here are some of the many key factors that affect businesses and the economy in what would otherwise have been a very long list if we had not focused primarily on global trade:

Government activity, including laws, policies, and scheduled events, all affect the outlook of the economy. Changes or modifications in the law bring about change as it affects the way the company operates. Changes in laws and regulations are the bane of every company’s existence. It forces them to change the way their company operates, additional work that, more often than not, doesn’t lead to additional profits.

There are instances, however, where a change in laws could be very beneficial. Take, for example, the time when the Philippine government announced that it would lower the tariff rate for rice imported from outside Southeast Asia to 35% from the usual 40%-50%. While this was done to combat inflation (which is a huge problem right now by the way), it’s still a welcome change for the rice industry as it allows producers to maintain their profit margins without having to substantially increase prices to meet the rising costs of inflation.

The Labor force is the backbone of most economies. Despite the introduction of automation and machines during the Industrial Age and the continuous improvement of this field, labor has and always will be the backbone of any economy as it allows organizations and entities to produce the goods and services needed.

The lack of a labor force, then, is a horrible sign for the future economy of a country. When people are either unemployed or incapable of working, not only will overall production go down but so will its consuming power and spending. Wages, after all, increase consumption power and improve economic spending, but how will the masses receive wages if they were not employed?

The core ethos of technology is to make lives easier, automate repetitive tasks, and allow humans to live full lives without being bogged down by daily work. By having a large capacity for technological integration in the workplace and in your daily life, you not only increase the level of comfort in your life but also allow for more productivity, thusly improving the economy as well. 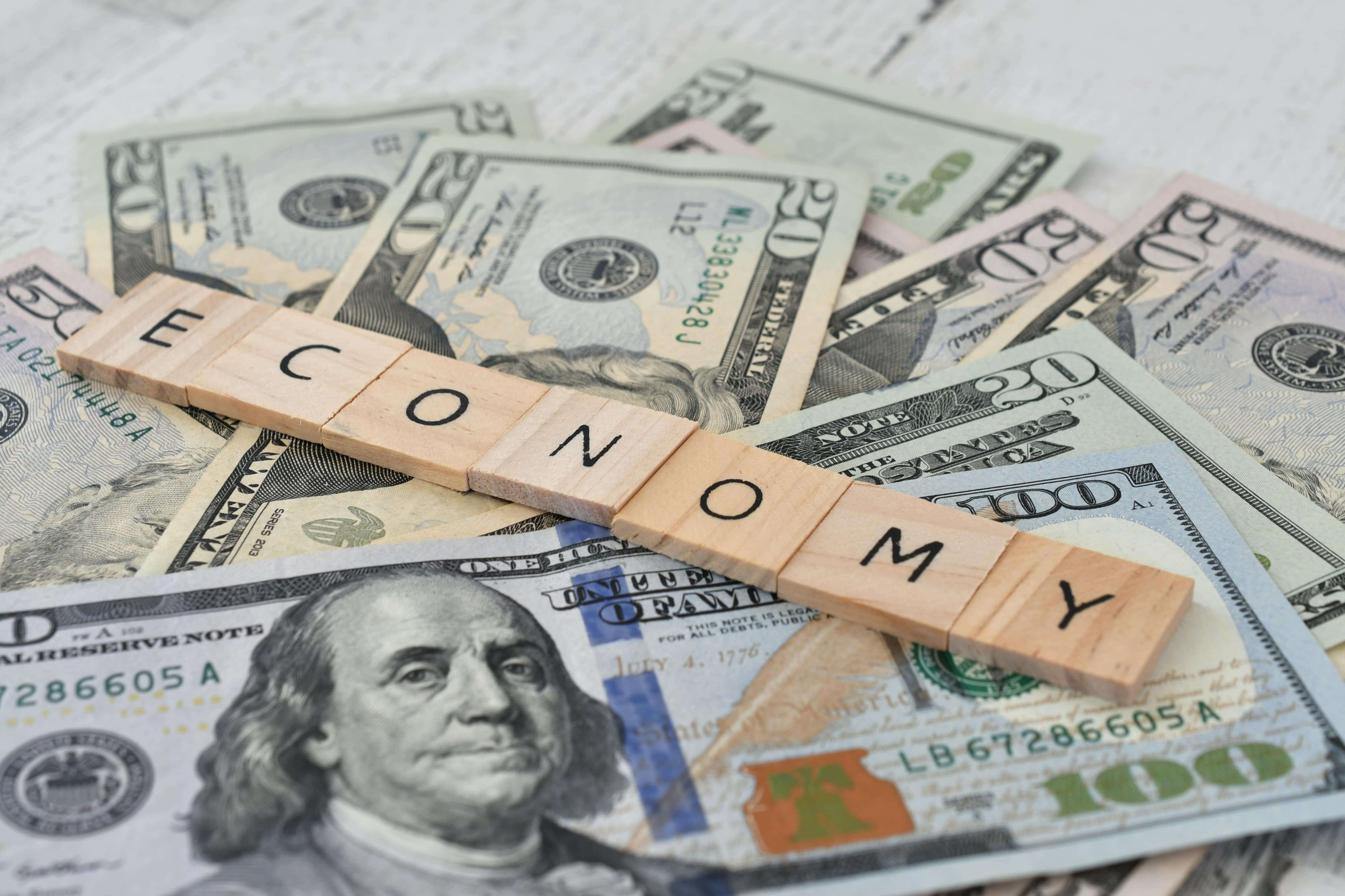 What Are The Impacts of Trade And Investment?

For one thing, when the economy is booming, more businesses are bound to prop up. The world bank has found that when global trading is in full swing and an open, rules-based, predictable multilateral trading system is in place, then employment opportunities prop up as a side effect of either new businesses or the expansion of existing ones.

Avenues for Further and Broadened Relationships

When the doors open for one country, so many others will want to get in on the action, especially when the country belongs (or used to) to an emerging market such as the Philippines. When a rush of equity, economic growth, and investment enters a country, then so will many others want to join in. In the world of investment and finance, receiving further funding isn’t difficult once the ball has been rolling. In this way, further avenues for broadened relationships are opened up.

The Impact of trade and investment can not only be seen in the labor force and employment rates, but also in all facets of the overall economy - as countries that are open to international trade tend to grow faster, innovate, improve productivity, and provide higher income and more opportunities to people throughout the globe.

When we mentioned that globalization is an effect of shared information and communication between different countries, we failed to exaggerate the impact that this has on the state of technology within a given nation. Comparing it to the peer pressure many young adults face during their early 20s, one will find that being one amongst many other technologically advanced countries will pressure the country to take on a more active role in improving the role of technology within their infrastructure 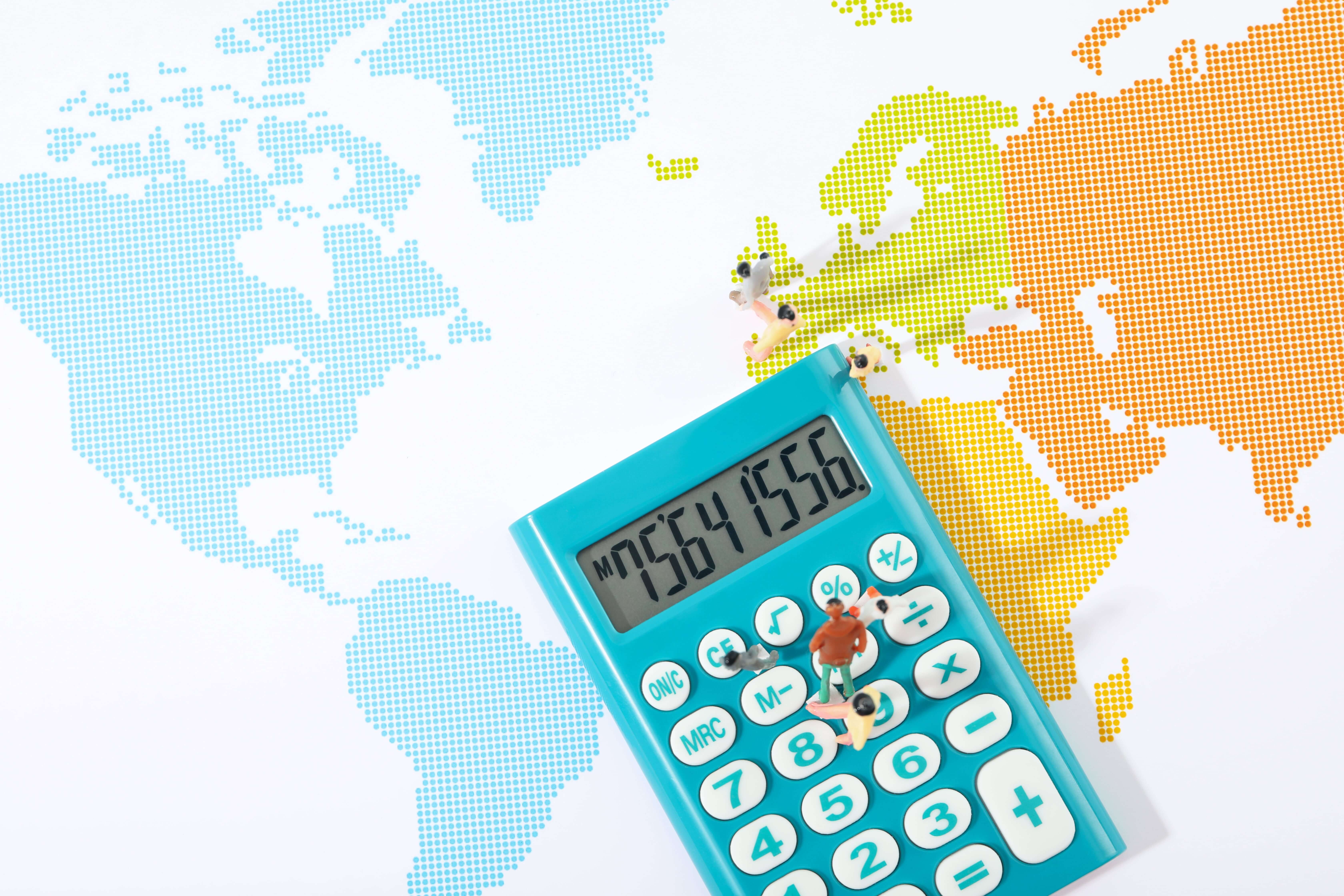 What Happens To Your Investments?

When important things like improved trade relations and set trade agreements happen, it’s important to take a step back and see what this does to your investments. A smart investor would understand that while all these events will definitively have an impact on the economic environment, this doesn’t necessarily mean that one has to immediately account for it in the trading strategies. More often than not, they will have minimal impact on your portfolio unless it’s something extremely drastic.

Regardless, here are some things that you should expect to happen to your portfolio. Make of them what you will:

Additionally, this also becomes a side effect of having a lot of trade relations with other countries. Businesses, no matter where they are located in the world, love stability. Having a constant inflow of investments will pressure governments to improve regulation and introduce stability. It’s a snowball effect that will only positively affect the environment.

As we mentioned before, competition is created when trade partnerships are introduced. A subsequent result of competition is better and more diverse products, stable prices, and increases in the efficiency of producers. Companies try to produce their goods and services at the lowest possible cost and sell them at the highest possible price. However, the introduction of competition lowers the price ceiling as more businesses will be inclined to enter the market and seek a share of those profits. The resulting competition among companies tends to lower prices - which is an absolute win for consumers as it also forces companies to find new ways to operate more efficiently or improve their current offering of products. 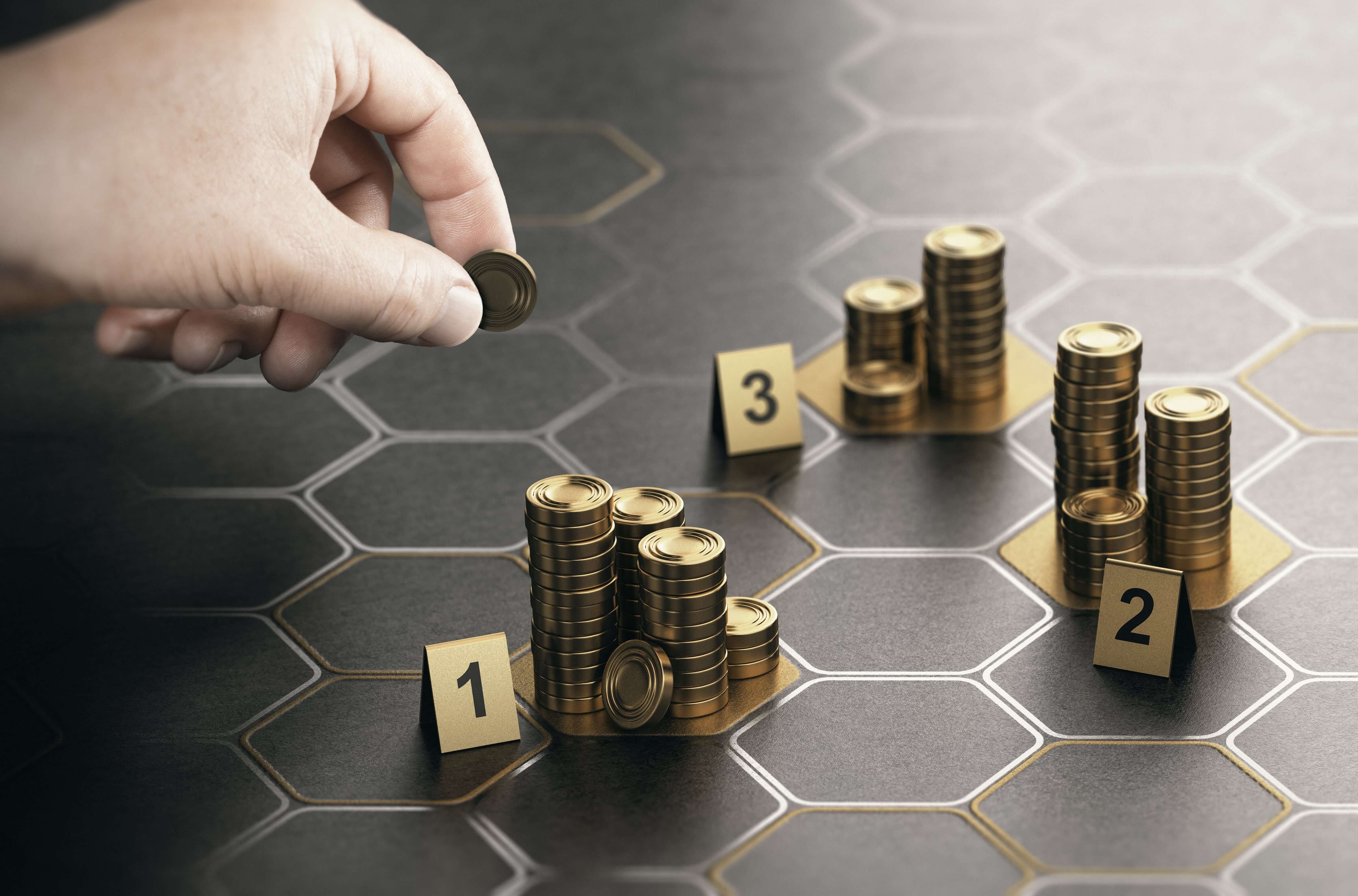 As we mentioned before, the events of the economic market don’t do much to affect your strategy. Larger and more professional investors, such as those in institutions, on the other hand, should definitely take this into account.

When large investments are made into countries, then that presents a great opportunity for investment - as it's a sign of positive cash inflow and a positive outlook on the economy. When investments are made, economic outlooks become better and thusly present an opportune time to grow there.

Make sure to speak with our agents and check out our portfolio of house and lot for sale to see if there are any that spark your interest. With developments all over the north of the Philippines, Crown Asia presents investment opportunities not only for savvy investors but home buyers as well. Our developments are not only for those looking for investments but also for those looking for their forever home. Each of their developments has special features that are unique to them, so make sure to check the Crown Asia website or visit a development near you.

Read more: Why Are Asian Currencies Weakening? Are We in a Recession?