The latest news about the BSP’s increase in policy rate may have an indirect effect on your dreams of buying an RFO house and lot. In this article, we’ll dive into this news, and how policy rates affect the housing market and the economy.

Last November 17, 2022, the Inquirer reported that in response to the most recent action taken by the Federal Reserve in the United States, the Bangko Sentral ng Pilipinas (BSP) increased its policy rate by 0.75 percent. This was done in an effort to help bring down the rate of inflation in the country.

According to the BSP governor, Felipe Medalla, the Monetary Board noticed that core inflation has risen strongly in October, indicating stronger pass-through of elevated food and energy costs as well as demand-side effects on inflation, which led to the decision to hike the policy interest rates again.

Moreover, Medalla forecasts annual inflation of 5.8 percent in 2022 and 4.3 percent in 2023, well beyond their previous projection range of 2% to 4% every year.

Meanwhile, in response to questions from the Inquirer, the Philippine Chamber of Commerce and Industry (PCCI), the country's largest business body, said the central bank's actions appear to be reducing inflation as intended. A PCCI representative did note, however, that the organization is keeping its fingers crossed that this is the only policy rate increase of the year. 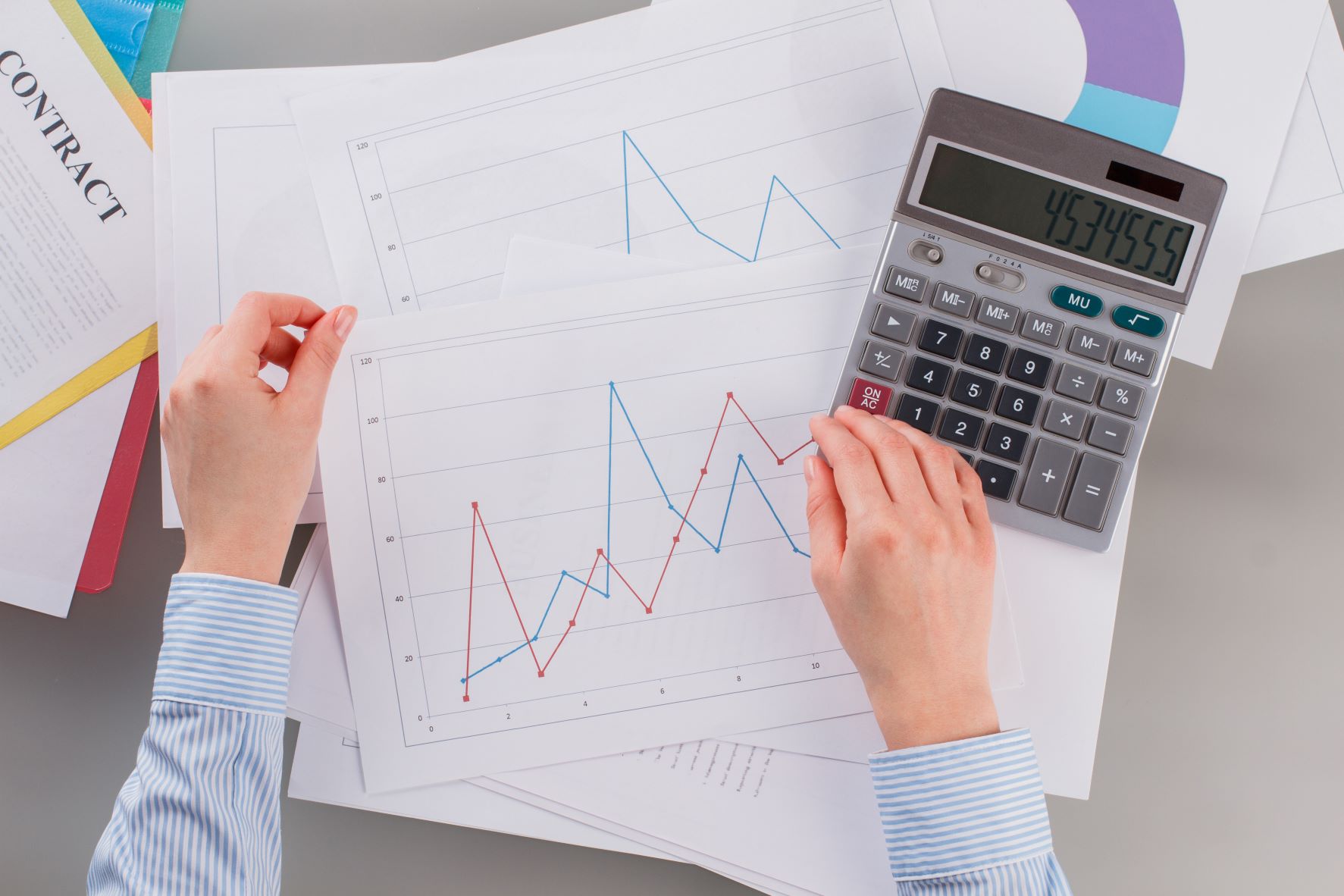 Advocate for Micro, Small, and Medium Enterprises (MSMEs) and founder of Go Negosyo, Joey Concepcion, also said that affected business owners would have to wait out the rate hikes on their loan agreements. He said that the current inflation crisis is due to the conflict between Ukraine and Russia, and not to a breakdown in local supply-chain services.

Concepcion also said that most small and medium-sized enterprises (SMEs) borrow from thrift and rural banks through micro-financing schemes that offer set interest rates, so those business owners will be unaffected.

However, even with these efforts, the BSP also reported some of the other factors that could push inflation higher in 2022 and 2023. Actually, the potential for higher inflation is greater than the potential for lower inflation for some reasons, including global food prices that could go up due to rising fertilizer costs, bad weather, and tough trade regulations that reduce the supply of some imported items. Additionally, transportation fee increases, increases in the cost of sugar, fruits, and vegetables, and the expiration of Executive Order No. 171 (temporarily modifying the rates of import duty on various products) are all domestic factors that could push inflation higher. Also, if global economic activity continues to decelerate, demand from consumers around the world may fall, which would alleviate price pressures. 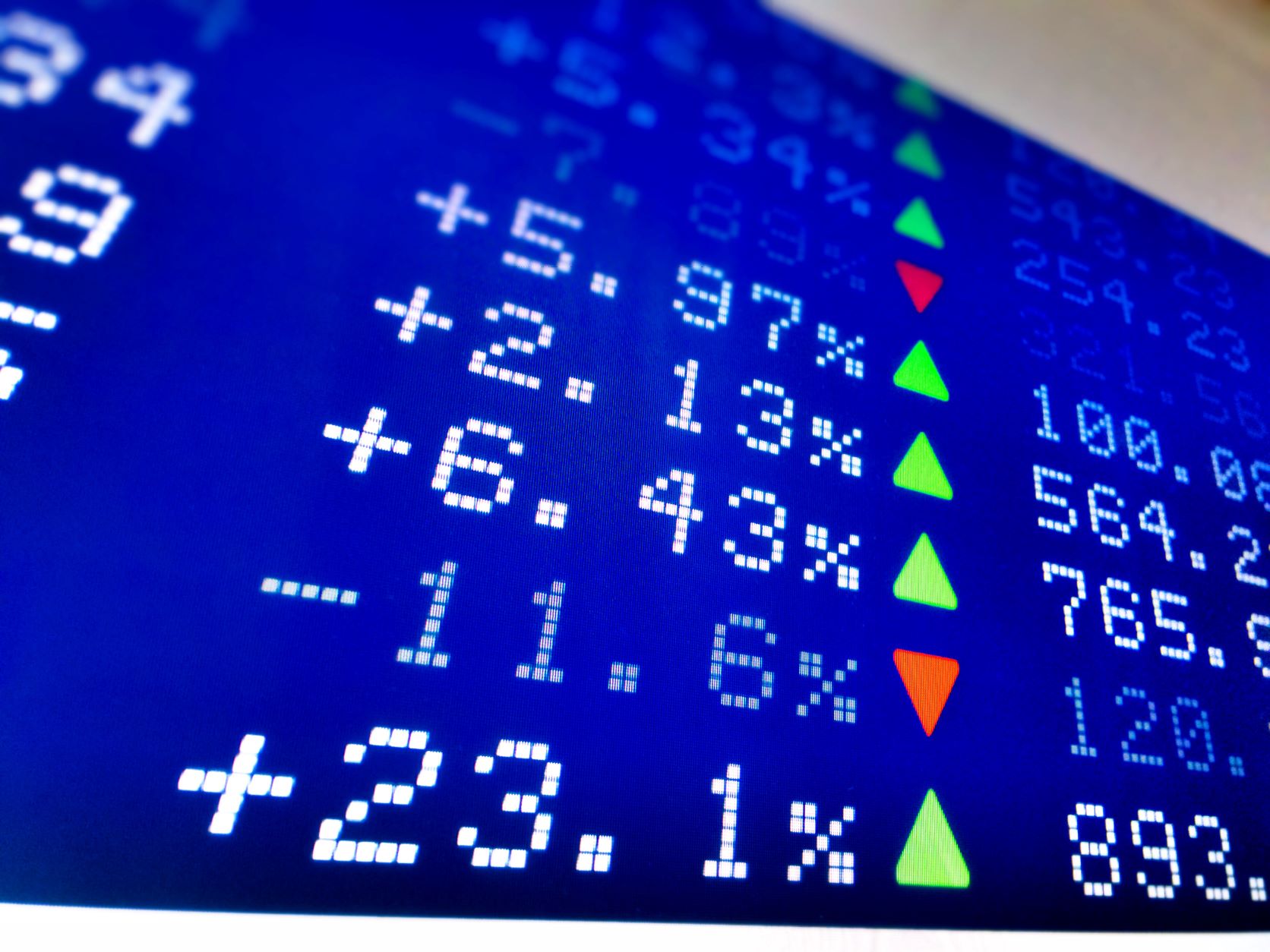 To help you understand how the increase in policy rate could potentially affect buying or selling an RFO house and lot and the whole housing market, let’s define what policy rate is and what it does.

To influence the progression of the economy's key monetary variables, the monetary authority (in our case, the BSP) sets an interest rate known as the policy interest rate or just the policy rate. This affects factors like consumer prices, exchange rates, or credit expansion, among others.

Since the policy interest rate is the cost for private agents, primarily private banks, to borrow money from the central bank, it sets the tone for all other interest rates in the economy.

The policy rate is then used as a basis for the interest rates offered by these banks to their customers on various financial products.

According to the BSP’s economic newsletter last June 2012, under typical circumstances, the policy interest rate should continue to serve as the primary instrument for determining the stance taken by the policy rate.

The policy rate gives the BSP sufficient flexibility and precision to enable it to convey clear and timely signals about its policy position. This enables the BSP to assist in anchoring inflation expectations and giving policy guidance. Importantly, the influence of the policy rate can still be felt notwithstanding the healthy amount of capital that is currently flowing into the economy.

Reserve requirements (RRs), on the other hand, are a relatively blunt instrument for limiting short-term liquidity, as even modest modifications can have a disproportionate influence on the money supply. This is because RRs compel banks to keep a certain percentage of their deposits in reserve.

When considerable modifications in liquidity circumstances are required, and it is costly for central banks to rely entirely on OMOs, RR can be used to supplement indirect policy instruments. However, it is important to note that overusing RR as a policy instrument can lead to distortions that may increase the cost of financing and lead to financial disintermediation. For this reason, the BSP often uses policy rates to fight inflation. 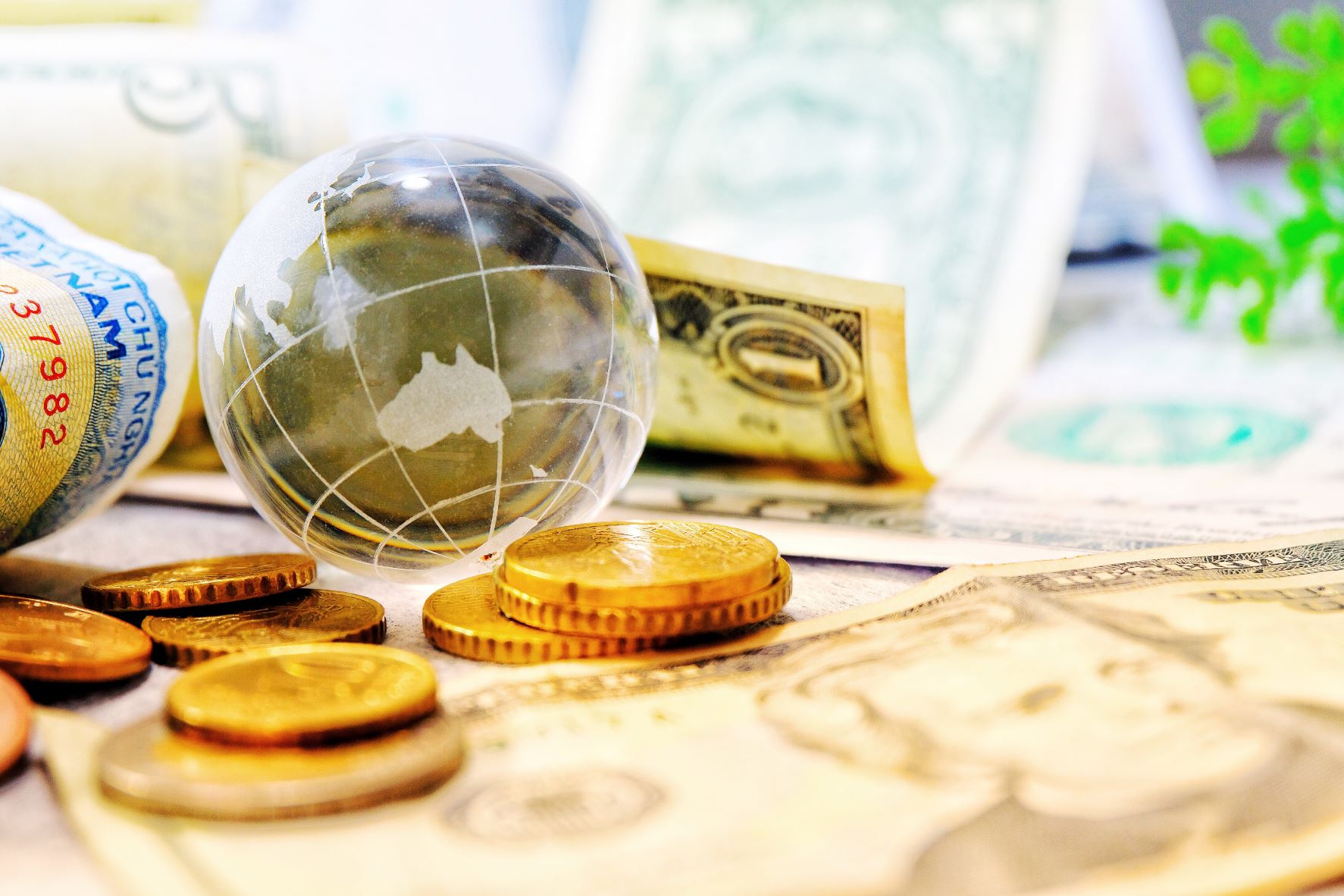 Of course, anything that affects the economy will have an indirect impact on your decisions for an RFO house and lot, regardless if you’re buying or selling. Alterations to the target interest rate have an effect on activity levels across the entire economy and, as a result, inflation. The impact is communicated in a variety of ways, frequently with some delay.

We may summarize the policy rate's impact on the economy and inflation by saying it acts through three channels: demand, currency exchange, and expectations.

When borrowing rates go up, consumers and businesses have less disposable income with which to spend and invest. Since the cost of borrowing money has increased and consumer demand has decreased, investing becomes less appealing for many businesses.

Wage and price inflation may be tamped down if decreased demand leads to reduced output and increased unemployment. Therefore, an increase in the policy rate, communicated through the demand channel, typically results in reduced inflation. 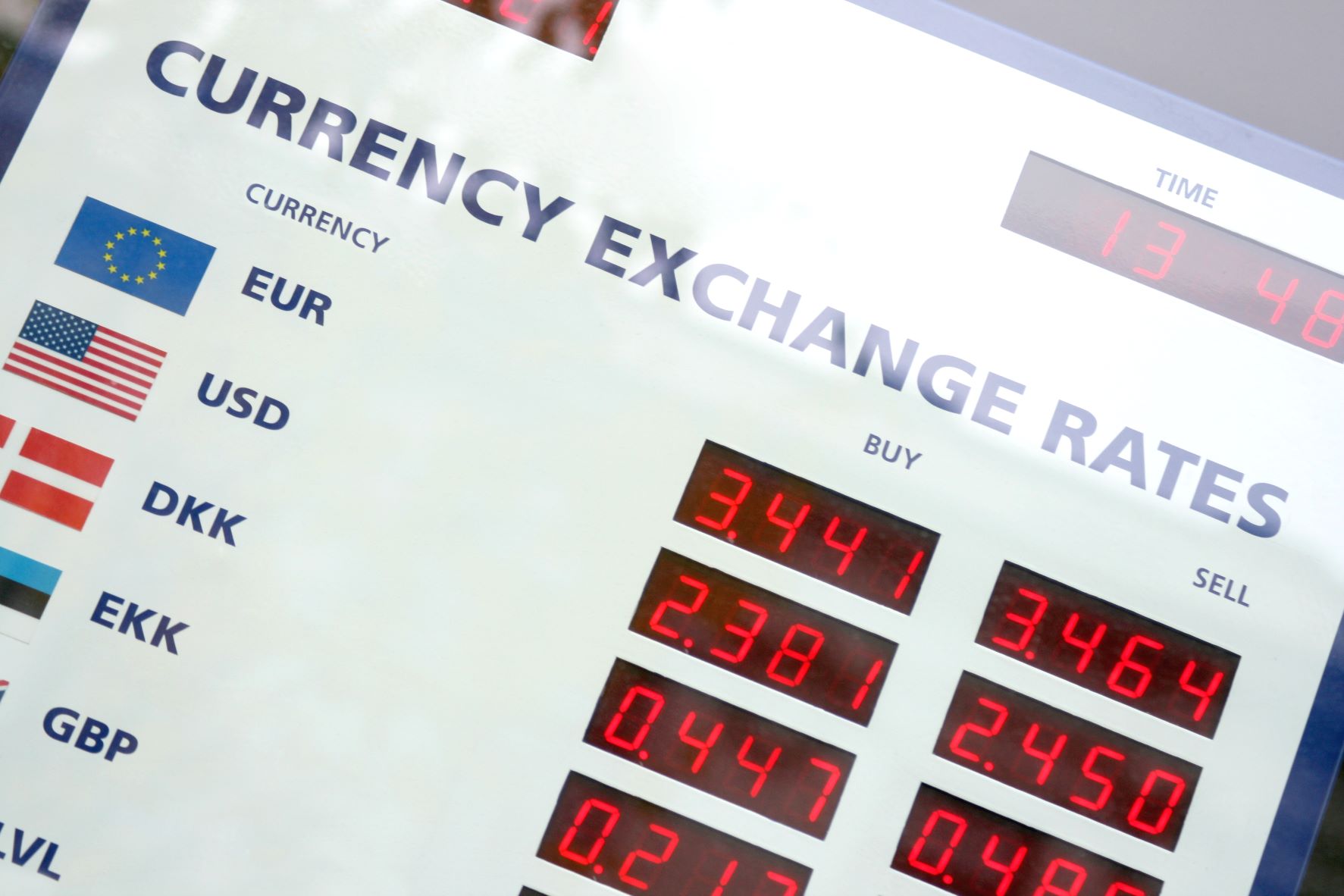 Consequently, revenue will drop for businesses that sell their wares internationally. That's a good thing since it'll help these businesses ease the strain on their wages and prices. Therefore, a rise in the policy rate has a dampening effect on inflation, wages, and prices because of the effect it has on the foreign exchange market.

Wage negotiations in the Philippines are influenced by how the social partners perceive inflation will behave. The workforce will work to preserve its purchasing capacity. Workers will want larger raises if they believe prices will go up significantly, compared to if they believe inflation would be moderate. 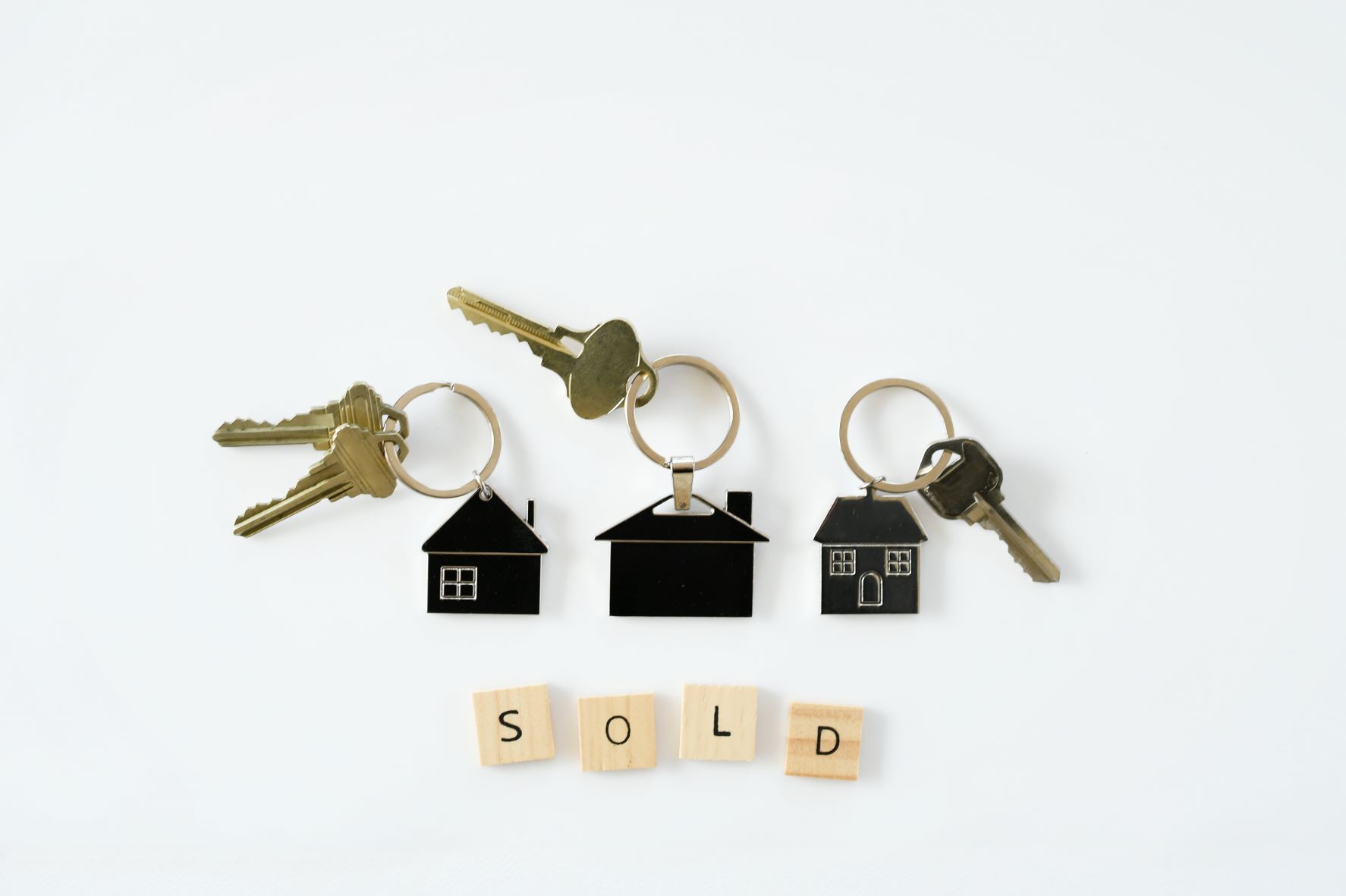 Now, with all this information, you might be hesitant about your RFO house and lot purchase. We’re not surprised. Housing prices are affected by the policy rate because of interest rates (cost of loan, discount rate, relative attractiveness to other investments).

Construction activity and its effect on consumer spending are two ways in which the housing market influences total market demand (wealth and income effects). The financial and macroeconomic stability can be threatened by housing booms and busts, which can then trickle down to consumer price inflation.

That's why the central bank can't turn a blind eye to the housing market.

However, the policy rate is too blunt an instrument to use to influence housing prices. Since the Global Financial Crisis, a new class of instruments known as macroprudential policies has been developed to address this need.

In addition, housing supply and demand are major factors in determining house prices due to structural housing policy. Owner-occupied housing is a significant portion of consumers' spending, thus adding it to the consumer price basket helps to feed this into central banks' reaction functions.

There is no doubt that monetary policies around the world played a significant role in limiting the economic fallout from COVID-19. However, as economies begin to recover from the COVID crisis, it is important to pay closer attention to potential side effects, such as skyrocketing housing prices and the proportionality of long-lasting unconventional policy rate measures.

Why Should the BSP Pay Attention to the Housing Market?

Maintaining price stability is a primary responsibility of central banks around the world, with the secondary objectives of promoting economic expansion and job creation. Their goal is to maintain a stable pricing level, which is typically expressed in terms of CPI.

Because of its lack of specificity, the policy rate is often referred to as a "crude" instrument. It has a wide-ranging impact on aggregate demand. That being the case, why should the BSP worry about fluctuations in a specific market, like the housing market?

Mortgage interest rates are affected by both the current short-term and long-term interest rate climates. As a result, it affects the price range in which one can comfortably buy a house. Moreover, there is a greater need for housing, which boosts employment, aggregate demand, and ultimately consumer price inflation (or falls).

The net present value of a future stream of income or profit from an asset is a major factor in determining the asset's worth.

Rental income and the income implied by the house's use both qualify as this type of income in the housing context (in the case of owner-occupied housing). The net present value increases with a decrease in the discount rate (which is what happens when interest rates are lowered officially). Thus, the looser policy rate increases real estate prices, all else being equal.

The rise in home prices has the potential to have far-reaching effects on household spending. The first effect is that people may have a higher opinion of their own financial situation and hence be more likely to take out a second mortgage on their home to cover unexpected expenses.

However, this trend might have unintended consequences, such as forcing young families to devote a larger portion of their income to housing than they might like. For those in this situation, rising home prices would have a detrimental impact on their disposable income. The proportion of homeowners compared to renters and other demographic factors will determine whether the positive or negative wealth and income effects predominate.

The net effect on aggregate consumption may be negative if, for example, homeowners who benefit from wealth rises have a lower inclination to consume than those just buying a property.

The same holds true for landlords who will benefit from rising rents (which are the likely consequence of higher home prices, although with a lag and to varying degrees depending on nations' institutional and legal frameworks), while tenants will have less disposable money.

Assuming that renters are better off financially and have a reduced inclination to consume, higher home prices and rents will have a chilling effect on overall consumption as a whole.

Related Blog: The Effect of Increasing Interest Rate on Your Real Estate Investment