All Hail the Original Pampanga Sisig

Whether you are on a budget or willing to splurge a little, it seems like you can get sisig anywhere. You can pick it out in the food lineup at a carinderia, buy it at your school cafeteria, or order it off the menu of a Filipino restaurant. Filipinos serve the dish for different occasions; from birthdays to formal meetings to casual drinking nights to normal dinners in your house and lot for sale. Fusion restaurants have also started incorporating sisig into their menus through sisig burritos, sisig nachos, and fried sisig dumplings, among many other dishes. Great food, anytime you want? Sounds like every foodie’s dream! 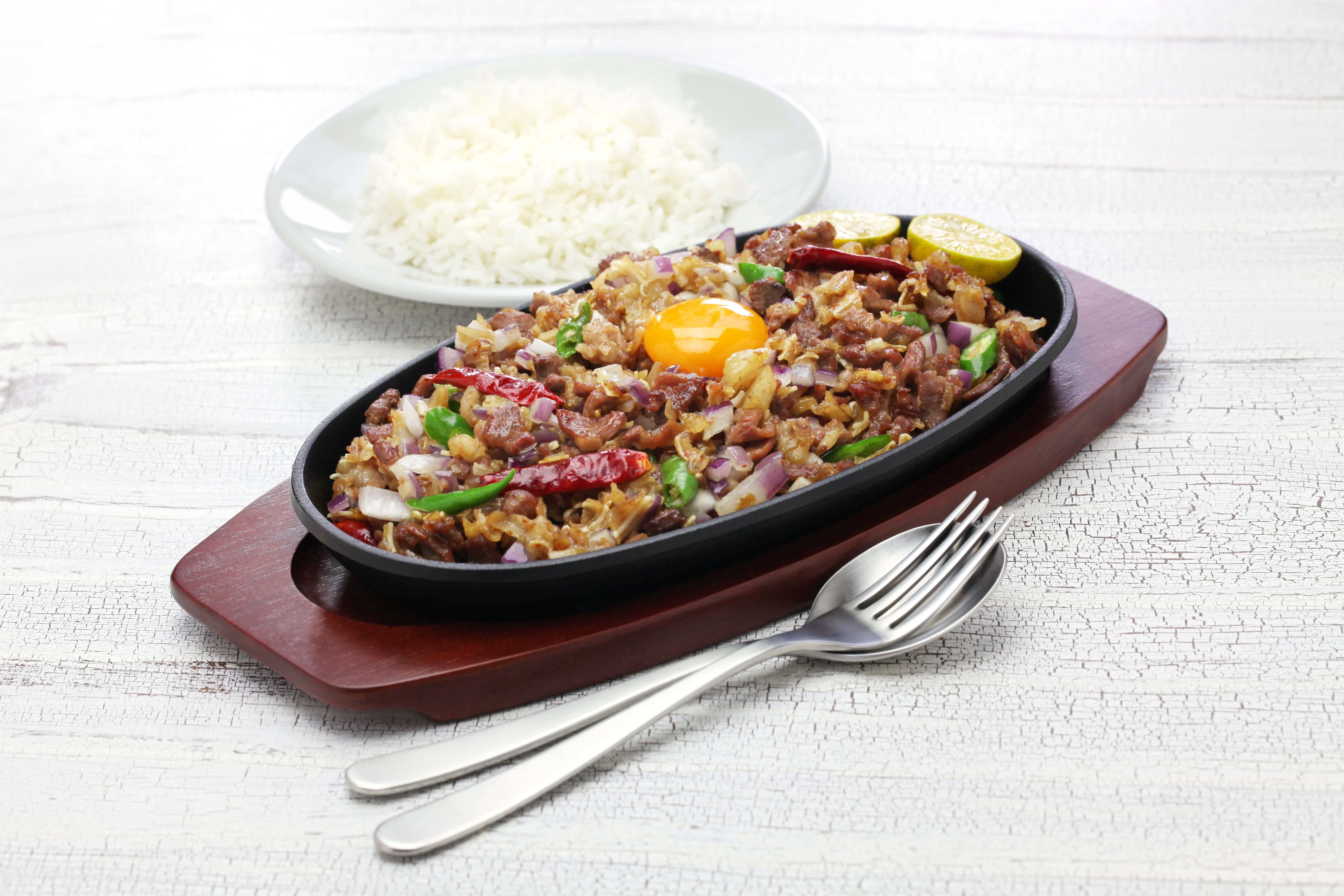 First, here are some brief facts about Sisig

Sisig is a Filipino dish that has its modern roots in Pampanga which serves as the original sisig origin. The history of sisig in the Philippines starts with the original inventor of the dish which can't be determined but it can be traced back to the 1700s. In its earlier definition, the sisig history was that it was a dish made from papaya, guava, and other vegetables-more like a salad. It was however reinvented in the mid-1900s into a dish made out of parts from a pig's head due to the excess meat from the commissaries of Clark Air Base in Pampanga which were sold for cheap prices or given away for free. At first, it wasn't served on a hot plate, like how sizzling sisig is nowadays. This was later added on to keep the fat from getting cold and turning into lard. Now, a sisig recipe is not limited to just pork, but other forms of meat as well which gave way to sisig variations such as chicken sisig, bangus sisig, pork belly sisig, squid sisig, tuna sisig, and more. It is a staple of Kapampangan cuisine and was even declared a tangible heritage of Angeles City, Pampanga.

But what makes sisig, a delicious combination of chopped meat and chicken livers, so appealing? Maybe it’s because of the way it is traditionally served on a fun sizzling plate, its uniquely Filipino origins, or the novelty of saying that you’re eating a pig’s face, including the snout and ears! One thing is for sure: Sisig is a delicious dish that should be celebrated. And what better way to celebrate it than to have it authentically Kapampangan? 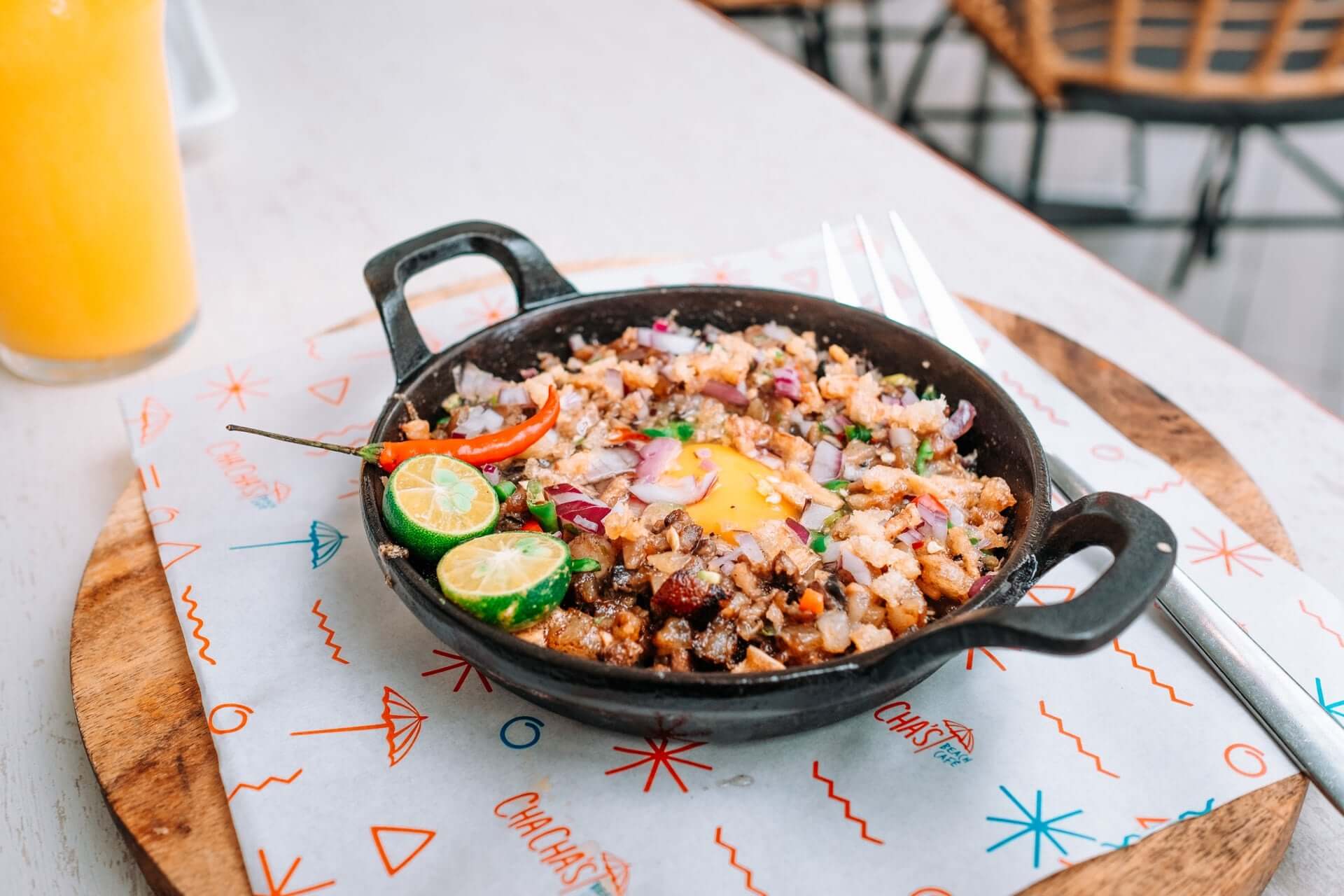 Authentic Pampanga sisig is simple. The cooked meat from chopped pig ears and snout is mixed with a sour relish, then pig brains and chicken liver seasoned with some soy sauce, salt and pepper, calamansi juice, onions, and chili peppers. It is served on a serving plate that is sizzling. And it may come as a surprise to some, but the original Pork sisig did not have raw egg or mayonnaise.

The original Kapampangan sisig can be traced back to a woman named Lucia Cunanan, more popularly known as Aling Lucing or the Sisig Queen. Aling Lucing created the famous dish using a pig’s head because, as mentioned earlier, it was the one part of the animal that the United States Air Force personnel did not use while they were stationed at Clark Air Base in the ‘70s. The highlight of her sisig? The crunchiness that came from pig’s ears cartilage.

If you’re not yet convinced, the original Aling Lucing sisig was the recipe that the late Anthony Bourdain tried in 2008 when he visited the Philippines. After having tried the dish, he went on to say that that sisig was “perfectly positioned to win the hearts and minds of the world as a whole. I think that’s the one that’s going to hook ‘em.” It is a uniquely Filipino dish that doesn't have many similar dishes from other countries.

Another sisig recommended by Kapampangans is served at Mila’s Tokwa’t Baboy and Sisig, serving up a softer and lighter take on the famous dish. According to the locals, Aling Lucing’s is the original, but Mila’s famous sisig comes in as a close second. It is definitely a must-try as well!

Pampanga is very proud of its sisig, believing it to be a part of its heritage and culture. The Angeles City government even put the dish under an ordinance that would protect it from cultural appropriation. They even have a Sisig Fiesta, held annually in December since 2003! The ultimate goal of the fiesta is to celebrate the original recipe of the dish and to encourage people to make it the right way.

One of the Filipino recipes that stand out is Sisig. Beyond the deliciousness of the dish, sisig is a reflection of the rich culture, history, and food scene of Pampanga. Just like sisig, the city has a flavor so unique to it that despite the countless re-creations, no one can quite duplicate its magic. This is why more families are traveling to Pampanga from their house and lot for sale — after all, a fiesta dedicated to sisig is a definite go-to attraction! 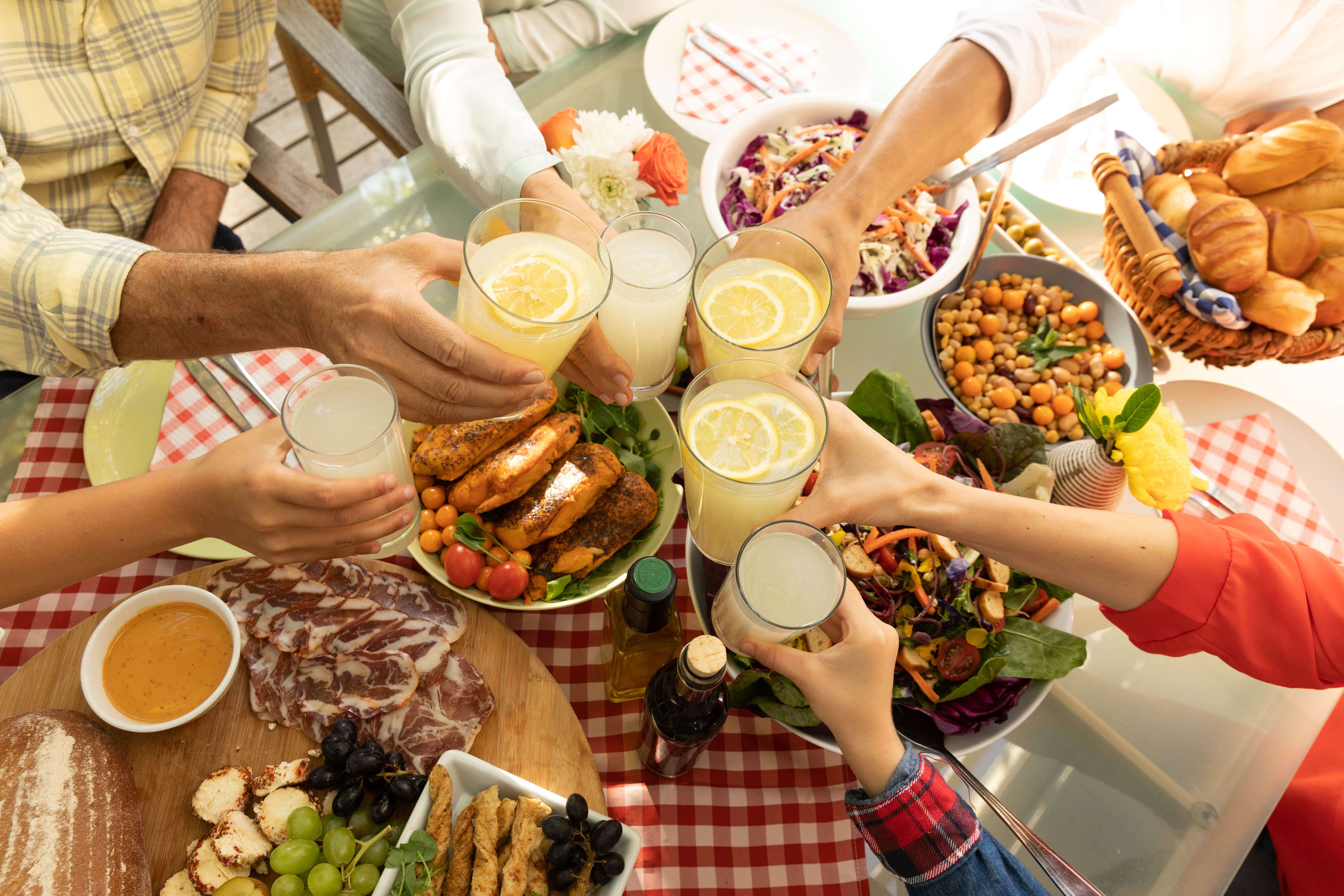 If you're looking for a great place to travel to from your house and lot for sale in South Luzon, then Pampanga is a definite go-to place. Aside from Sisig, countless unique Kapampangan dishes are also there. Aside from that, due to the current infrastructure developments, travel from your house and lot for sale is now quicker and easier. But aside from food, there are other notable things you could also do in Pampanga. You could ride a 4x4 to Mount Pinatubo, Enjoy the Sandbox in Porac, Visit Mount Arayat National Park, Visit Aquaplanet or Visit the Clark Museum filled with well-preserved memorabilia, historical facts, and more. You can also visit the Lubao Hot-air balloon festival which happens annually.

So whether you try it at Aling Lucing’s, Mila’s, or at the fiesta, just make sure you go and try the true, authentic Kapampangan Pork sisig on your visit to Pampanga. Food, after all, is one of the things that make life beautiful. It connects us to each other, our memories, and to the world around us. And what better way to enjoy food than with family? So head on over to Pampanga and get a taste of the original sisig!

Read more: Discover the Different Adobo Recipes of the Philippines