11 Christmas Traditions Celebrated Around the World

It's the most wonderful time of the year. For a few weeks every year, the world takes on a dazzling glow, people appear happier, and even the cold feels cozier.

You're certain to have your own set of rituals or customs that make the holiday season so special, whether you're celebrating a religious festival like Hanukkah or Christmas, or a more secular celebration. Our greatest Christmas customs from around the world are boisterous, proud, and brimming with festive cheer.

Different Christmas traditions around the world 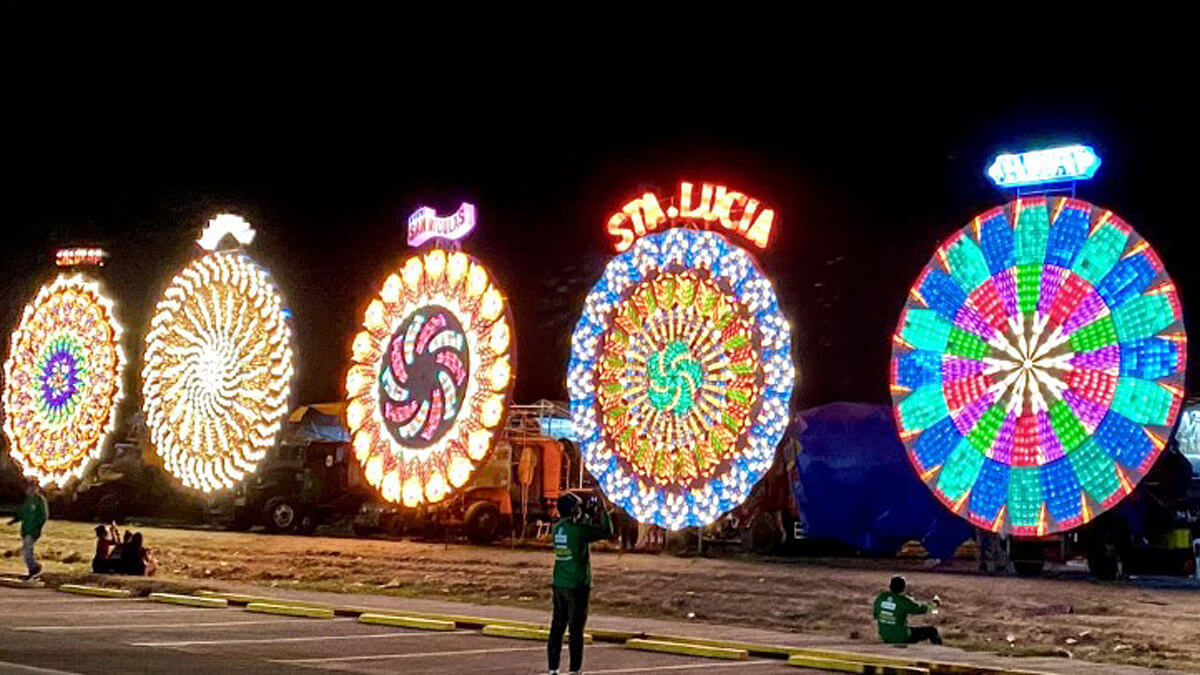 Every year on the Saturday before Christmas Eve in San Fernando, the "Christmas Capital of the Philippines," the Giant Lantern Festival (Ligligan Parul Sampernandu) welcomes visitors from all over the country and around the world. The festival involves eleven barangays, and the competition is strong as everyone joins in to make the most intricate lantern. The lanterns were originally little, half-meter-diameter constructions made of 'papel de hapon' (Japanese origami paper) and illuminated by a candle. The lanterns are now built of a variety of materials and can reach a height of six meters. Electric bulbs twinkle in a kaleidoscope of patterns, illuminating them. 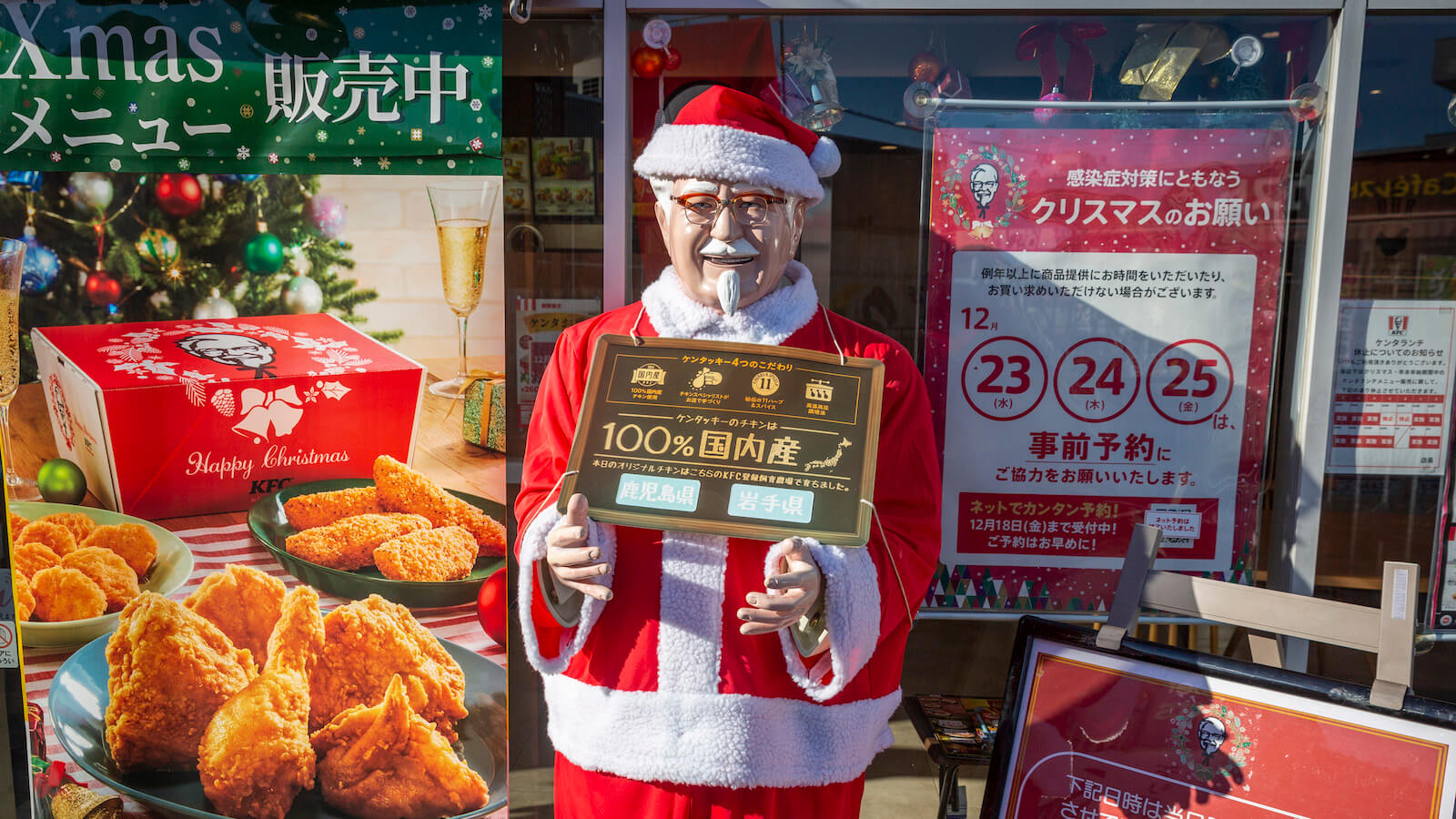 Don't bother with the Christmas turkey. Kentucky Fried Chicken is a typical Christmas dinner for many Japanese. On Christmas Day, reservations are required to eat at a KFC due to a combination of tiny Japanese ovens and a savvy marketing effort convincing residents that fried chicken is a traditional American Yuletide feast. Colonel Sanders sculptures outside KFC's Japanese locations are dressed as Santa Claus in the run-up to Christmas. The chicken is presented in a festive packaging. Because of the high demand, an online service has been created where you may order your Xmas Family Bucket ahead of time and have it delivered.

The annual Cavalcade of Lights marks the formal start of the holiday season in wintry, lovely Toronto. The inaugural Cavalcade was held in 1967 to celebrate the opening of Toronto's new City Hall and Nathan Phillips Square. More than 300,000 energy-efficient LED lights illuminate the Square and Christmas tree from sundown to 11 p.m. till the New Year. In addition, you'll be able to enjoy amazing fireworks displays and outdoor ice skating.

A 13-meter-tall Yule Goat has stood in the center of Gävle's Castle Square for Advent since 1966, but this Swedish Christmas custom has unknowingly led to another "tradition" of sorts – people attempting to burn it down. The Goat has been successfully burned down 29 times since 1966, the most recent being in 2016.

If you want to see how the Goat does this year when it goes up on December 1st, you may watch a live video broadcast on the Visit Gävle website.

Iceland celebrates 13 days of Christmas, similar to the 12 days of Christmas in the United States. The 13 Yule Lads visit Icelandic children every night before Christmas. The kids will go upstairs to bed after putting their shoes by the window. If they've been good, they'll have received sweets, but if they've been naughty, they'll be greeted with shoes full of rotten potatoes. Yikes, You better be good then!

Krampus, St. Nicholas' evil partner, is a beast-like demon creature that roams city streets terrifying children and punishing those who are bad. St. Nicholas praises good little boys and girls in Austrian custom, while Krampus is claimed to kidnap the naughtiest children and carry them away in his bag. Young men dress up as the Krampus (particularly on the eve of St. Nicholas Day) and scare children with clattering chains and bells during the first week of December.

On Christmas morning, Finish families traditionally eat a porridge made of rice and milk topped with cinnamon, milk, or butter. Whoever finds the almond placed inside one of the puddings "wins"—but some families cheat and hide a few almonds so the kids don't get upset. At the end of the day, it is customary to warm up in a sauna together.

Nikolaus, not to be confused with Weihnachtsmann (Father Christmas), goes by donkey in the middle of the night on December 6 (Nikolaus Tag) throughout Germany, leaving little gifts such as coins, chocolate, oranges, and toys in the shoes of good children, notably in the Bavarian region. St. Nicholas also pays visits to youngsters in schools or at home, and each child must recite a poem, sing a song, or draw a painting in exchange for sweets or a modest gift. In a nutshell, he's a fantastic individual. It isn't always all fun and games, though. Knecht Ruprecht is frequently brought along by St. Nick (Farmhand Rupert). Knecht Ruprecht, a devil-like figure clad in dark robes with bells and a filthy beard, wields a rod or a little whip to chastise misbehaving youngsters. 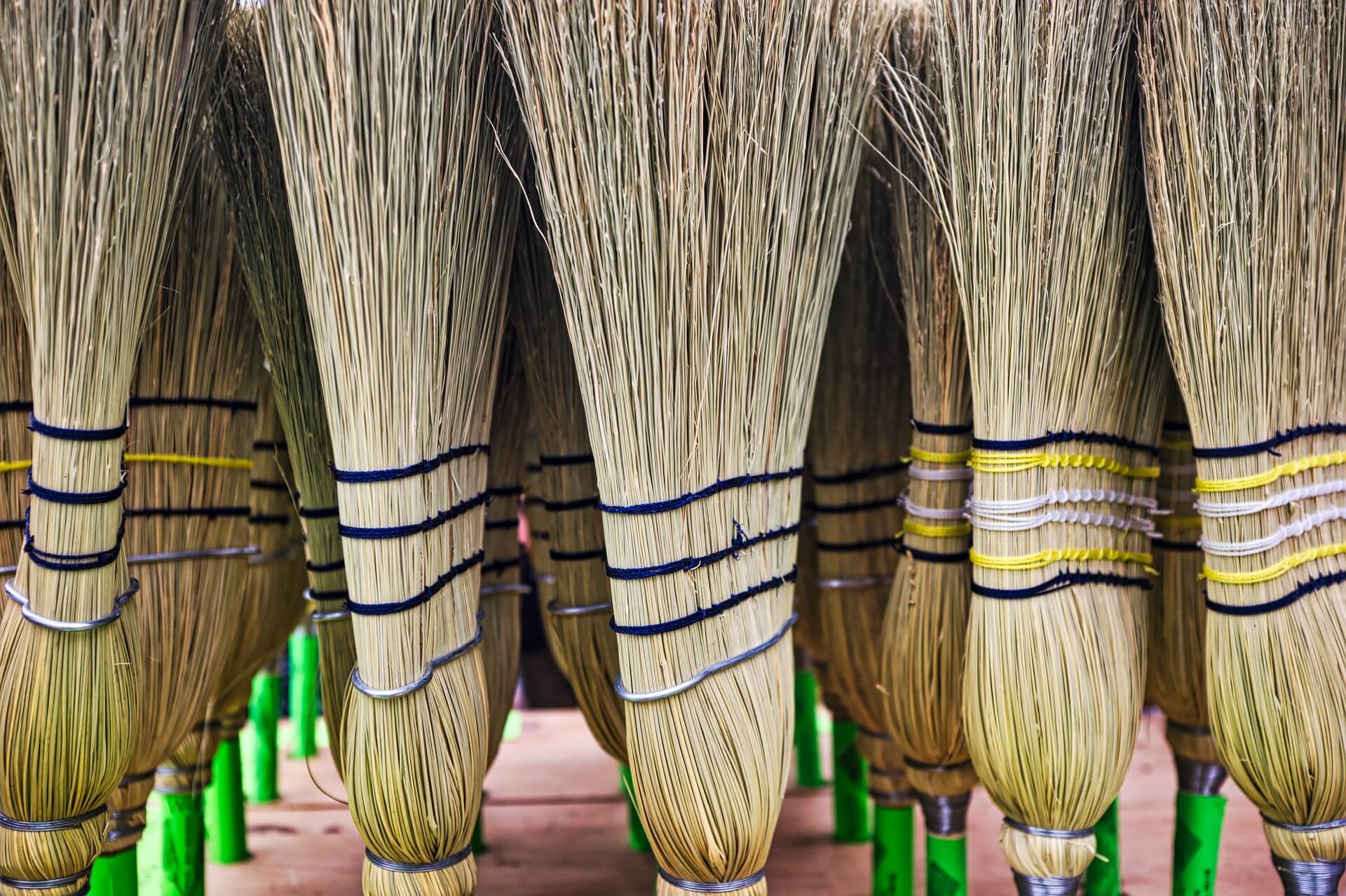 In Norway, where people hide their brooms, one of the most unusual Christmas Eve traditions may be found. It's a centuries-old tradition, dating back to when people believed witches and evil spirits came out on Christmas Eve in search of brooms to ride on. Many individuals still keep their brooms hidden in the safest part of the house to prevent them from being stolen.

Do you enjoy Christmas but believe it may be enhanced by a little rollerblading? If you answered yes, make a trip to Venezuela's capital, Caracas, this year. Every Christmas Eve, the city's people go to church early in the morning - so far, so typical – but they do so on roller skates for reasons only they know about. This unique ritual is so popular that roads throughout the city are closed to cars so that people may safely skate to church before returning home for a non-traditional Christmas dinner of 'tamales' (a wrap made out of cornmeal dough and stuffed with meat, then steamed).

Orthodox Christians account for about half of Ukraine's population, and they celebrate Christmas Day on January 7 by donning traditional garb and singing hymns as they stroll across town. A typical Christmas Eve dessert is kutya, which is comprised of cooked wheat combined with honey, powdered poppy seeds, and sometimes almonds. Some households throw a spoonful of kutya at the ceiling, hoping that it will stick and bring a good harvest next year.

Related Blog: Setting Yourself up for yet Another Christmas Indoors